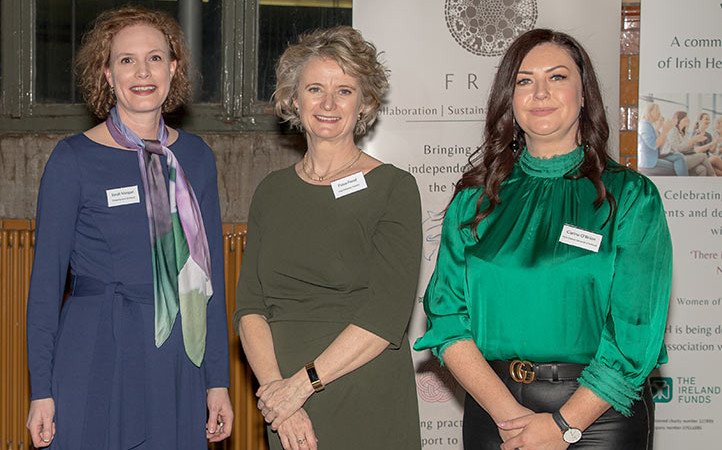 The Ireland Funds Great Britain is delighted to support the development of a new network for Women of Irish Heritage in the north of England. The WIH Network was launched by the Consul General of Ireland for the North of England, Sarah Mangan on Tuesday 8th March, International Women’s Day, at the People’s Museum in Manchester. Professional women from across the north of England gathered to celebrate the launch of WIH which is being developed by Fréa in association with The Ireland Funds.

Commenting on the launch of Women of Irish Heritage Professional Network in the North of England: Consul General of Ireland for the North of England, Sarah Mangan: “I am honoured to be involved in launching this Women of Irish Heritage Network for the North of England. The Network is an opportunity to celebrate successful and influential women of Irish heritage and to bring women of Irish ancestry together to affirm their pride in their Irish identity. Most importantly, the Network will provide a space for members to learn from each other, to be inspired, and to support, in a spirit of sisterhood, both each other and the wider Irish community through the good work carried out by Fréa and its associated organisations. These organisations, who are also supported by the Irish Government through the Emigrant Support Programme, provide vital support and services to those most in need in the Irish community.”

WIH is a non-profit organisation that will bring together the rich community of professional women of Irish backgrounds, who live and work in the North of England and enable them to share their diversity of talent and expertise and, scope for networking and mentoring. Any funds raised from events will go to support the work of organisations who help vulnerable members of our Irish communities in the north of England. These charities, Irish Community Care based in Liverpool, Irish Community Care Manchester and Leeds Irish Health and Homes work in cooperation with each other, under a shared banner of Fréa.