The Ireland Funds is saddened at the passing of Patricia Rooney 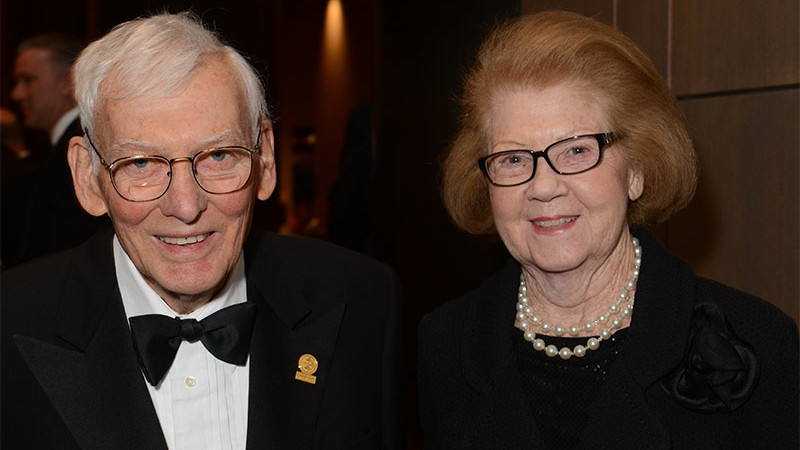 The Ireland Funds is saddened at the passing of Patricia Rooney.

Mrs. Rooney was the beloved wife of The Ireland Funds Co-Founder, the late Ambassador Dan Rooney and the mother of our Board Member Jim Rooney.

Mrs. Rooney was a constant presence at The Ireland Funds’ events since the founding of the organization including our annual Conference in Ireland, as well as our galas in Washington DC, Boston and New York.  She was an extraordinary supporter of our work in Pittsburgh as the Rooney family has generously hosted our annual Pittsburgh Dinner at Heinz Field for decades.

Mrs. Rooney was considered a “matriarch of the NFL” for her involvement with the Pittsburgh Steelers of which Dan was Chairman. She was active not only with The Ireland Funds but with numerous charities across her native Pittsburgh including the Salvation Army. She raised 9 children and will be deeply missed by her 18 grandchildren, 6 great grandchildren, large extended family, and many friends here and in Ireland.
We use cookies on our website to give you the most relevant experience by remembering your preferences and repeat visits. By clicking “Accept”, you consent to the use of ALL the cookies. However you may visit Cookie Settings to provide a controlled consent. Privacy Policy
Cookie settingsREJECT ACCEPT
Privacy & Cookies Policy