Two new appointments announced by The Ireland Funds Great Britain: Rachel Naughton has joined the Board of Trustee and Padraig O’Connor confirmed as Chair of The Young Leaders.

The Ireland Funds Great Britain is delighted to welcome Rachel Naughton to the Board of Trustees and to congratulate Padraig O’Connor on becoming Chair of the London Young Leaders Steering Committee.

We would like to express our sincere gratitude to both Victoria Wallace and Desmond Collins on completing their two year term as Co-Chairs of the London Young Leaders Steering Committee. Their commitment and contribution is greatly appreciated by all. 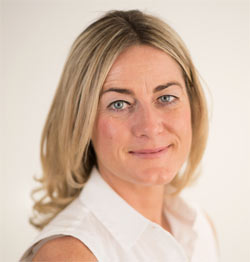 Originally from Galway, Rachel has been living in London for the past 10 years.

Rachel studied in University College Galway, Smurfit Business School, Harvard and has completed her chartered accountancy in KPMG. After a career in accountancy and corporate finance, Rachel joined the world of banking and now leads the Great Britain business for Allied Irish Banks.

Commenting on her appointment to the Board of Trustees, Rachel said: “I have travelled across Great Britain a lot over the last 10 years and have seen many Irish who have come over do very well but I have also seen many who have struggled.  With help from some of the great charities the Ireland Funds has supported these people now have food, a bed and clothes …. I think the work the IFGB does is essential for all those in need across Great Britain and Ireland and I am delighted to play a role in broadening its reach further.” 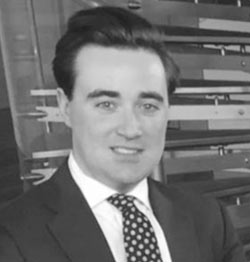 Padraig has been a member of the London Young Leaders Steering Committee since 2015 and has been involved with The Ireland Funds since 2013. He currently is a Vice President in the Goldman Sachs FICC sales & trading business in London.

Padraig graduated with a first class honours from University College Dublin in BSc. Economics & Finance and was one of the Co-Founders of the Irish Student Entrepreneurship Forum which is now in its 8th year.  He also has represented UCD as head-delegate at the Harvard Model United Nations speaking on issues of foreign policy/international relations and was a fellow at The Academy of Business Leadership, USC & UCLA, in 2011. Padraig is keen rugby supporter and enjoys getting back to Limerick to support his home Munster team at Thomond Park.

On his appointment, Padraig said “it is an honour to be nominated as chair of the London Young Leaders Steering Committee and represent such a wide group of young people in the UK getting involved in philanthropy. I look forward to working with the many deserving charities and volunteer organisations which The Ireland Funds support and continuing to grow the member base of the Young Leaders network.”