The Ireland Funds Great Britain (IFGB) is pleased to announce the appointment of four members to its Board of Directors. The new directors are:

The addition of four new trustees takes The Ireland Funds Great Britain’s Board of Directors to 16 – full list below.

IFGB Chair Rory Godson said: “We set out three years ago to substantially increase our Board and to improve diversity, in particular to increase the number of women. I am delighted with the progress we have made and look forward to the valuable contributions that Evelyn, Emer, Bridget and Susan will make.”

Executive Director of IFGB, Katie Jemmett, said: “As we emerge from the pandemic and the difficulties that it brought with it, I am thrilled to have the support of a strong and growing Board. It enhances not only the reputation of The Ireland Funds but the fundraising power of our network too.”

The Great Britain chapter of The Ireland Funds has also recently announced the return of its popular annual luncheon, The London City Lunch, which will take place at Mansion House in City of London on 24 September. Sponsored by McCann FitzGerald, the event, which was cancelled in 2020 due to the coronavirus pandemic, is a key fundraising event for The Ireland Funds. Those interested in attending and supporting the event can find more information here: https://www.irelandfunds.org/event/great-britain-london-city-lunch-2021/

About The Ireland Funds Great Britain

The Ireland Funds was established in 1976 and the Great Britain chapter in 1988. Its mission is to harness the power of a global philanthropic network of friends of Ireland to promote and support peace, culture, education and community development across the island of Ireland and among Irish communities around the world.

Board of Directors, The Ireland Funds Great Britain

Biographies of newly appointed Board Directors 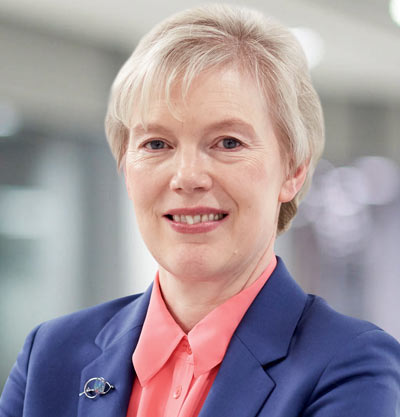 Evelyn Bourke retired from her role as CEO of Bupa Group at the end of December 2020. Evelyn led transformative change during her near 5-year tenure as CEO of Bupa. Resetting the organisation and strategy to put the customer at its heart, investing in people and technology and strengthening the business. 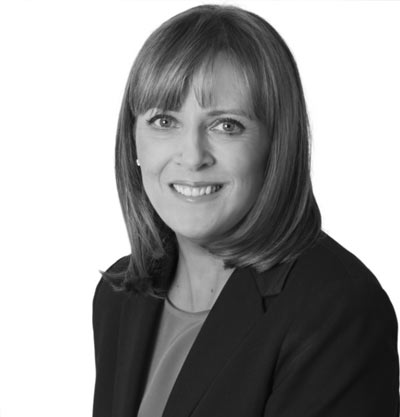 Emer Finnan is a Partner and President of Kildare Partners, Europe, a private equity firm, where she is responsible for investment origination.

Ms. Finnan has extensive experience in finance, real estate, and mergers and acquisitions, having spent her career working in corporate finance, financial services and private equity. She trained and qualified as a Chartered Accountant at KPMG in Dublin. Ms. Finnan then worked in the investment banking divisions of Citibank and ABN AMRO in London and as a Director of NCB in Dublin. In 2005 she joined EBS Building Society in Ireland, becoming its Finance Director in early 2010. In 2012, Ms Finnan re-joined NCB to lead a financial services team in Ireland. She joined Kildare Partners in 2013. 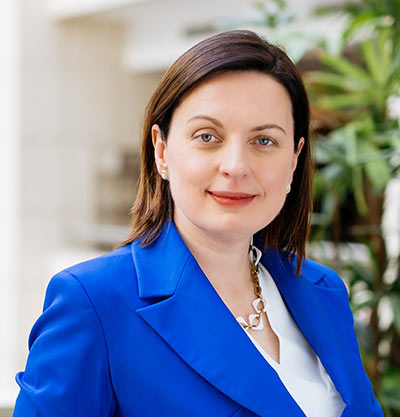 As the EMEIA Managing Partner for Tax, Bridget Walsh proudly oversees more than 24,000 Tax, Law and People Advisory Services professionals in 98 countries across Europe, the Middle East and Africa. Additionally, Bridget is a member of the EY Tax Executive Committee, the EY EMEIA Executive Board and the EY Global Practice Group.

Most recently, Ms Walsh served as EY Global Transaction Tax Leader and oversaw its merger with EY International Tax Services; growing the practice to a US$2.5b market-leading business. She has spent 20 years advising on Private Equity and leads EY’s relationship with a number of large Global Private Equity clients.

Ms Walsh is an Executive Sponsor for Entrepreneurial Winning Women™ and a committee member of The Senate of Queens University Belfast. She also represents EY on The British American Business Board. 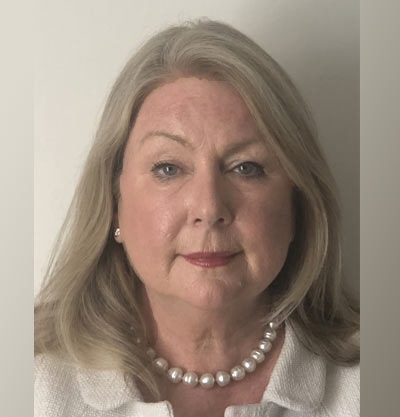 Susan Whelan’s association with Leicester and Leicestershire dates back to 2010 when the Thai duty-free company, King Power, bought Leicester City Football Club and appointed Ms Whelan as their representative on the Board of Directors. Ms Whelan’s global experience and business acumen while Senior Executive Vice president for the King Power Group, ranked 7th globally on turnover in the Duty Free industry overseeing the groups commercial operations, made her the ideal candidate to lead implementation of the owners’ long-term vision for a competitive Premier League club that could develop its brand internationally. She became Chief Executive Officer in July 2011.

Under Ms Whelan’s leadership, LCFC won the 2013-14 Football League Championship, thereby securing automatic promotion to the Premier League, and within two years were famously crowned Premier League champions. In the time since, Leicester City has strengthened its reputation as one of the best-run clubs in the world. Ms Whelan is currently leading a stadium expansion and facilities development project, the impact of which will be transformational for the prospects of Club and the city of Leicester.

At the same time, she has prioritised the Club’s role as a pivotal and positive force within the community. She sits on the board of the Club’s two Charitable Trusts, the VS Foundation and Leicester City in the Community. In the field of women’s football, Ms Whelan led the integration of LCFC Women into a core Club asset in 2020. Leading the development of the Club’s strategy for the professionalisation and increased participation in the women’s game throughout the county, she serves a Director for LCFC Women, who won promotion to the FA Women’s Super League in 2020/2 – their first season after turning pro.