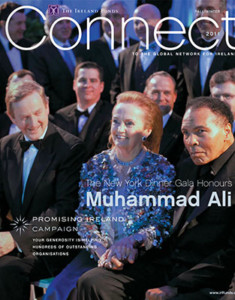 BeLonG To
The Ireland Funds have provided a grant to assist BeLonG To with their work to combat LGBT bullying, in the hopes that Ireland continues to become a safer and more welcoming place for all young people.
Download PDF

Cinemagic
Cinemagic is a unique award-winning cross-community, international children’s charity that inspires, educates and empowers young people through the medium of film and television. Founded in 1989, Cinemagic has touched the lives of more than 500,000 young people across Ireland.
Download PDF

Co-operation Ireland
The fear is that we exist in separate societies so Co-operation Ireland is working to ensure we do not settle for separatism or division but seek to integrate communities, particularly in some of our most divided villages, towns and cities in Northern Ireland.
Download PDF

Native Woodland Trust
Native Irish woodlands-places filled with species that are native to Ireland-are in a precarious state and have been so for hundreds of years. The Native Woodland Trust is dedicated to the preservation of Ireland’s remaining ancient woodlands for the enjoyment of all people.
Download PDF