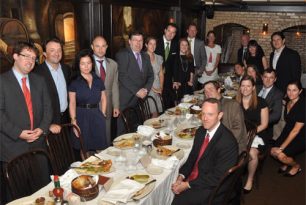 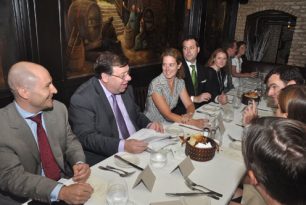 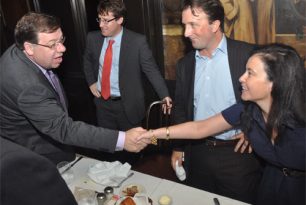 Today the New York Young Leaders were invited to join An Taoiseach, Brian Cowen, for a private luncheon in downtown Manhattan. The intimate setting allowed the Young Leaders to converse with the Taoiseach on a number of topics from the work of the Young Leaders in Ireland and Ireland’s current economic status to the World Cup Finals and the Irish Government’s new Twitter page.

Cowen told the Young Leaders how proud he was of their philanthropic work in Ireland and their capacity to make a difference to some important initiatives. He also commended the Young Leaders’ contribution to the youth of Ireland and Northern Ireland through projects such as Belvedere Youth Club and PeacePlayers International and the Fund’s outreach to marginalized communities in Northern Ireland.

The Taoiseach closed by encouraging the Young Leaders to keep up their efforts and emphasizing the importance of the network they have formed and the outcome that has had on Irish and American relations.  This impact was demonstrated when the Young Leaders held their first ever International Forum at Farmleigh last month during the Fund’s annual June Conference. The luncheon was a terrific opportunity for the Young Leaders to represent the Fund to the Irish Government for the second time this summer. They all took away a greater sense of pride in being an important part of an organization that has done so much for Ireland. 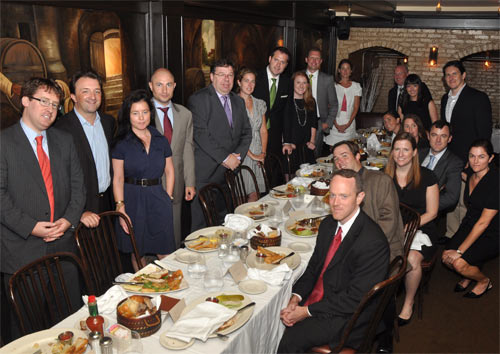 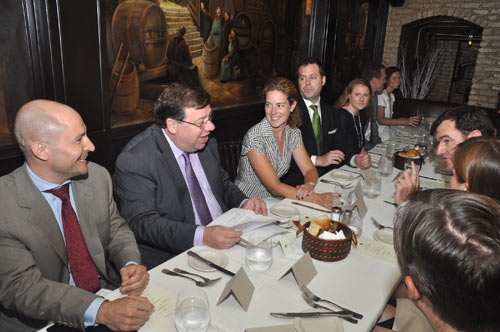 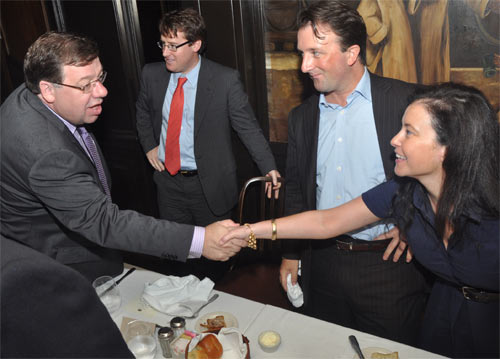