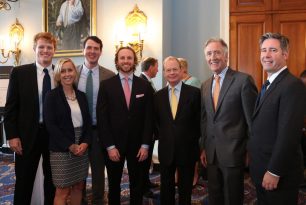 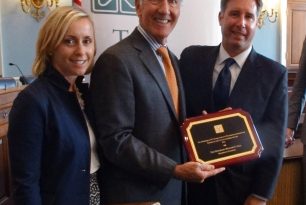 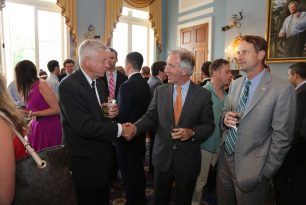 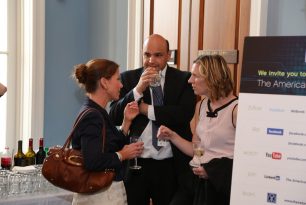 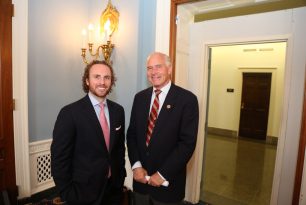 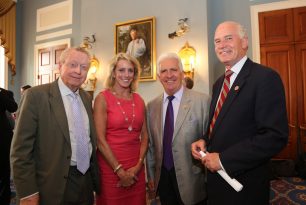 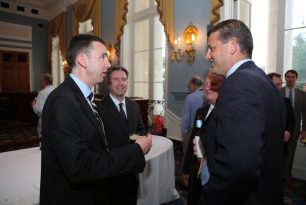 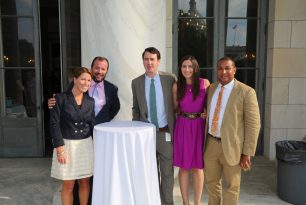 National Director of the Young Leaders, Pat Tully, opened up the program and discussed America’s strong ties to Ireland and how the United States has played a vital role in the peace process in Northern Ireland and will continue to do so. He also talked about The Ireland Funds’ commitment to Northern Ireland, evident in the fact that the 2014 Worldwide Conference would be held in Belfast.

Washington Young Leaders Steering Chair Megan Molloy then greeted the supporters and introduced Congressman Richard Neal, while referencing his over 30 years of support for Ireland and Irish causes.

Congressman Neal spoke about the importance of a sustained response to the Northern Ireland peace process and the fact that we need to pause and be reminded of the past and ensure that we stay on track so the current generation will know lasting peace.

The evening continued with music and “Sundowner” cocktails on the gorgeous terrace overlooking the world famous US Capitol dome.

Special thanks to our sponsors and friends including The Northern Ireland Bureau, The Wine and Spirit Wholesalers of America, Merrill Lynch, The Dupont Circle Hotel, Zurich, Microsoft and Susan O’Neill and Associates. 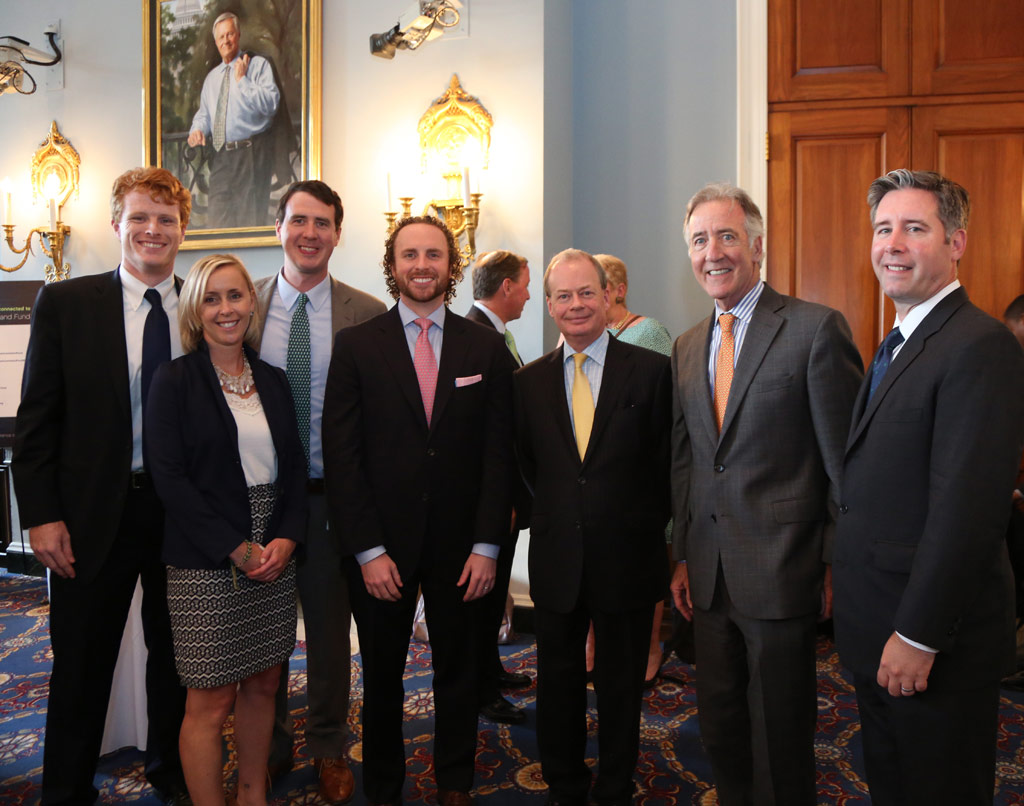 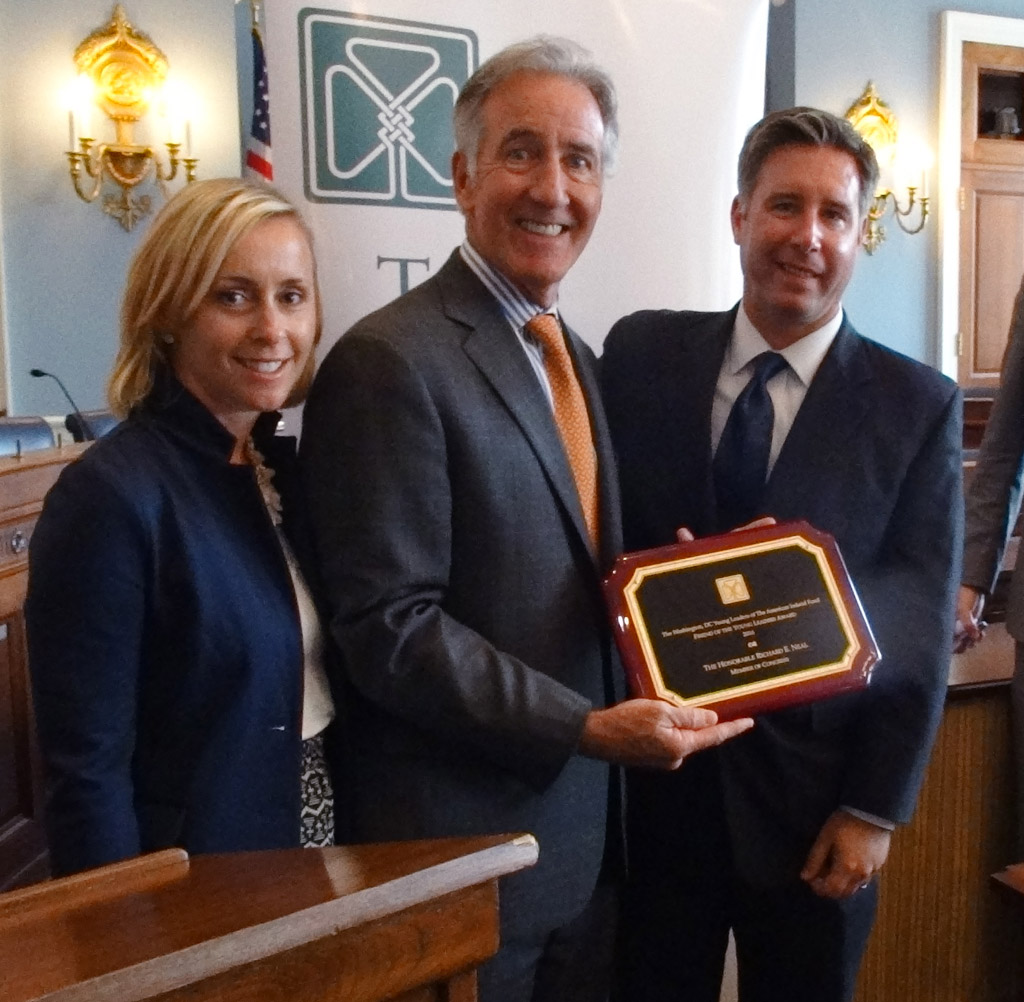 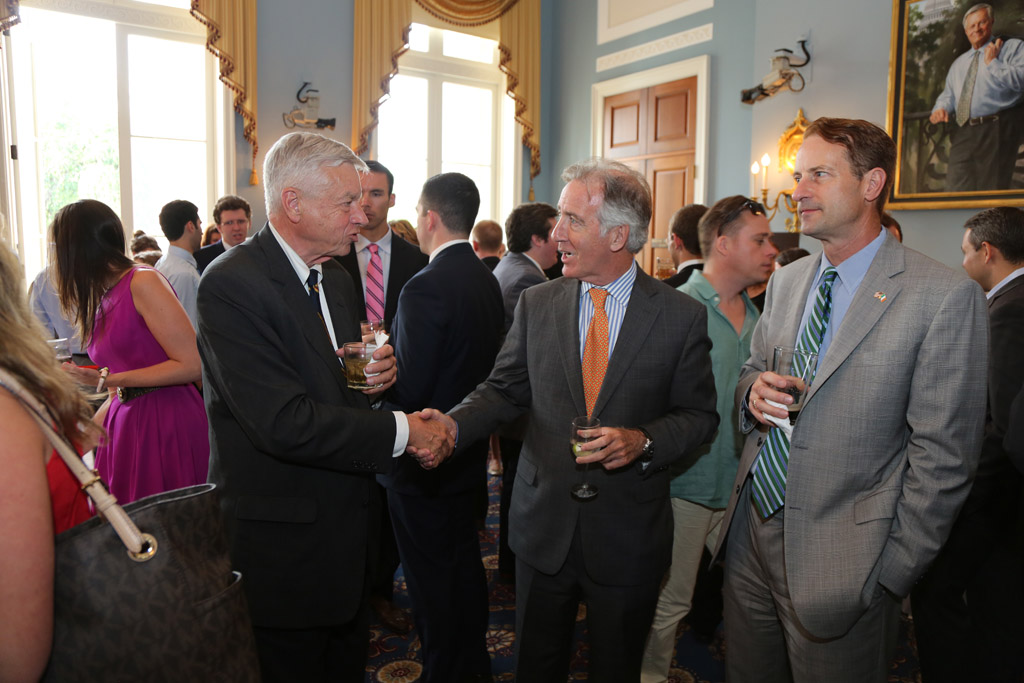 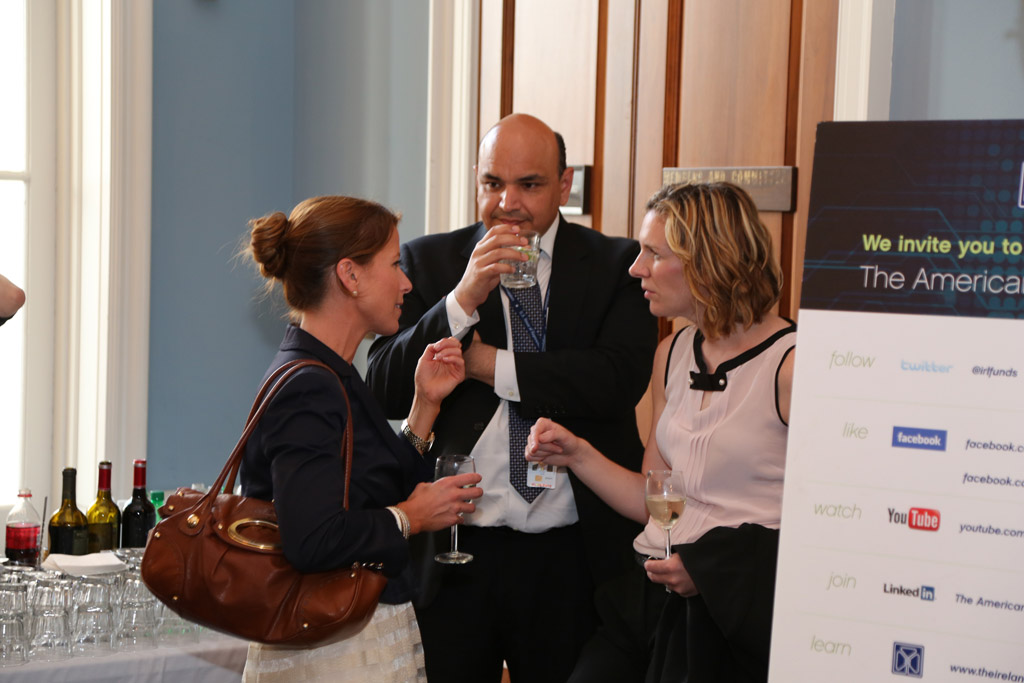 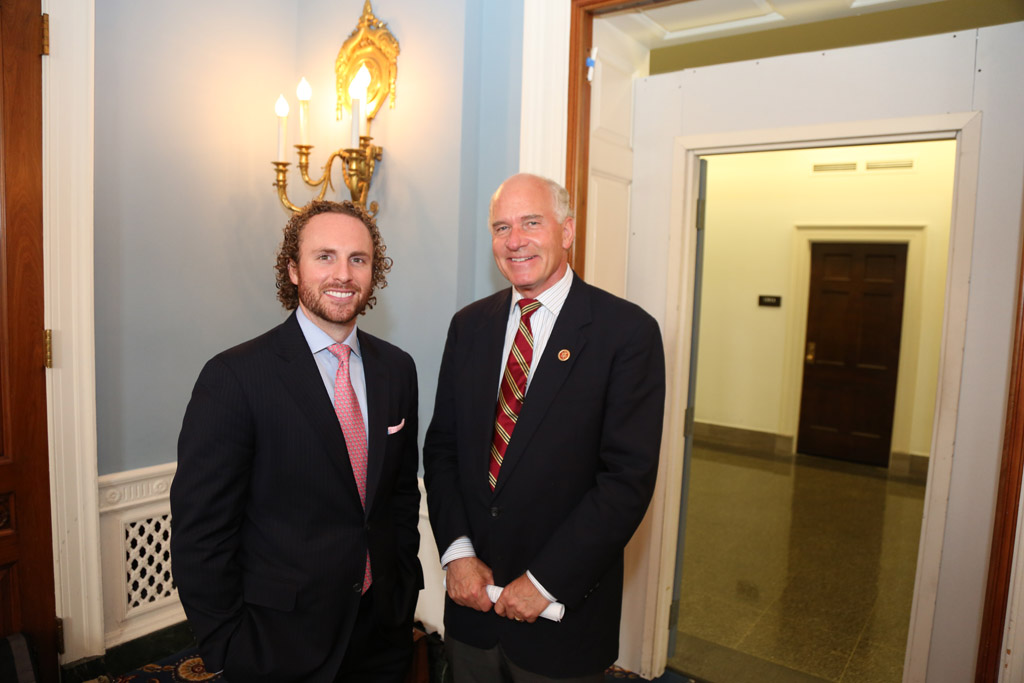 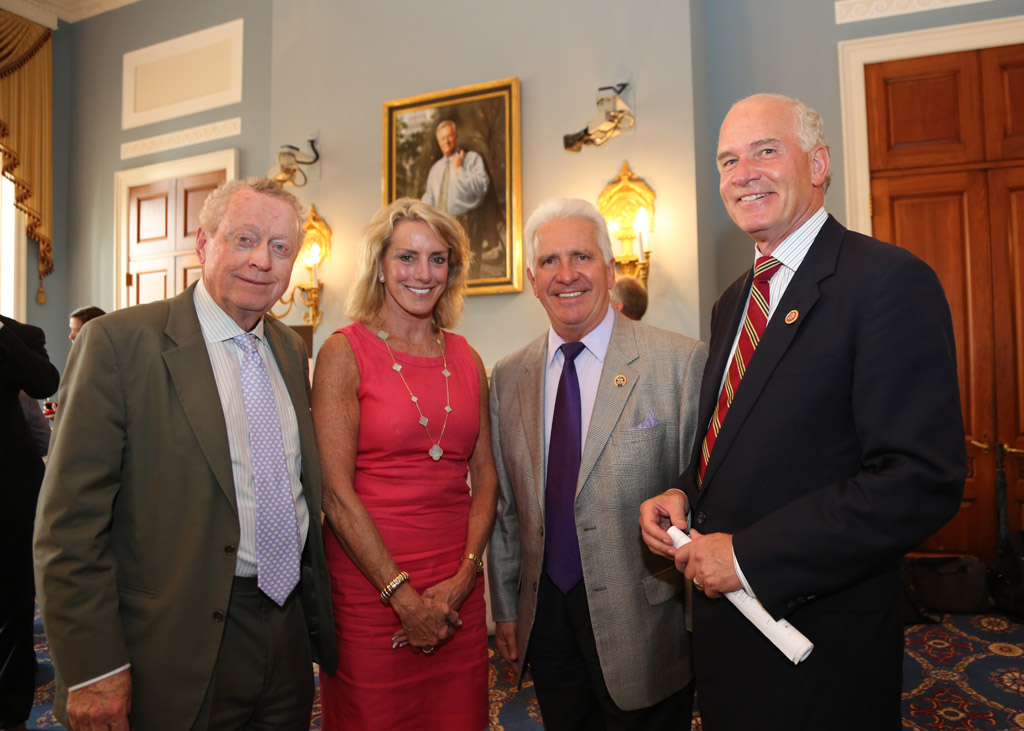 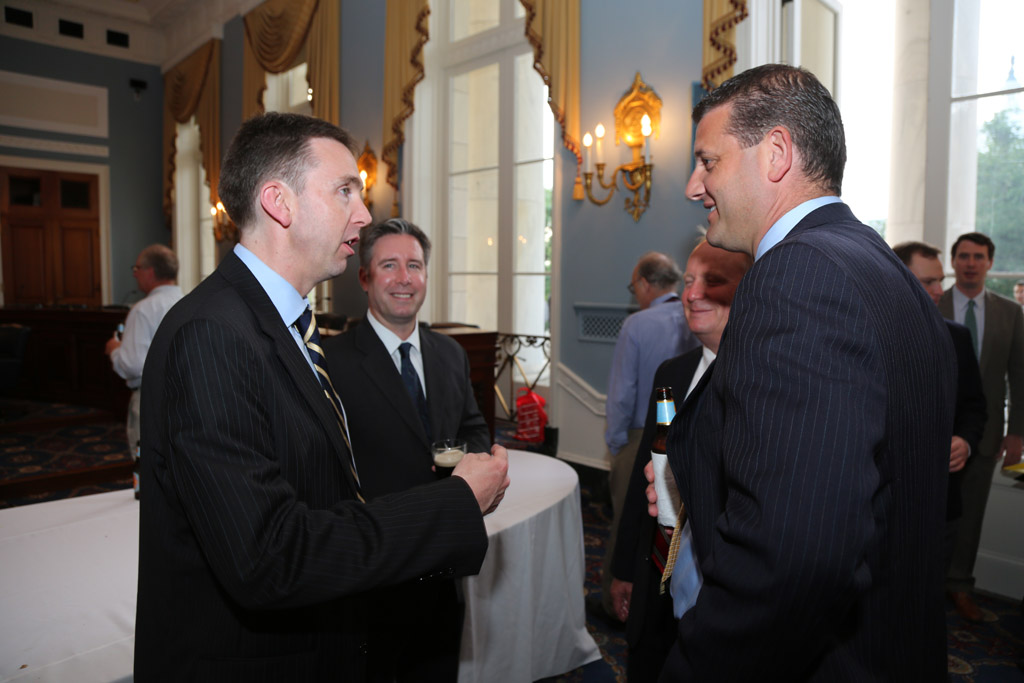 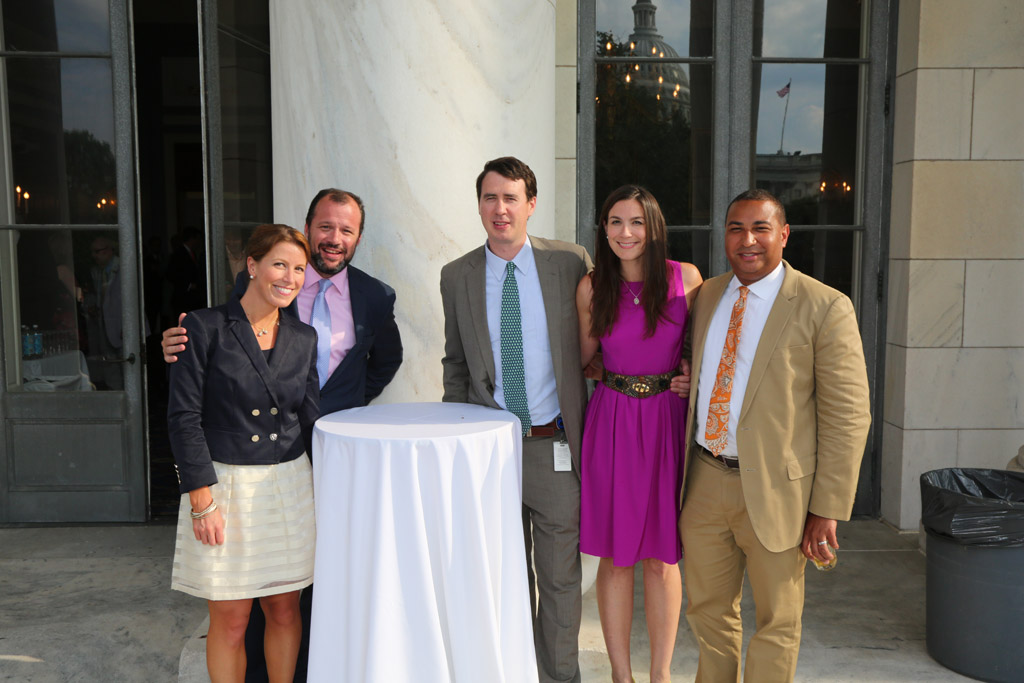 The Washington, DC Young Leaders of The American Ireland Fund

RSVP to Martha Hayes at mhayes@irlfunds.org


About the Young Leaders
Paving the way for the future,
the Washington D.C. Young Leaders Society cultivates an emerging
generation of philanthropists while providing a networking forum and a
connection with mode Ireland.

Not yet a member? Visit The Washington DC Young Leaders Society and lea more about Membership and the work of The American Ireland Fund.

The American Ireland Fund is part of The Worldwide Ireland Funds, a philanthropic network across 12 countries that has raised over $450 million for worthy causes in Ireland and Irish causes around the world. It is the largest network of friends of Ireland dedicated to supporting programs of peace and reconciliation, arts and culture, education and community development. Founded in 1976, The Worldwide Ireland Funds have benefited over 3,000 organizations. Funds raised are contributed by private philanthropists and organizations.

Promising Ireland Campaign
In response to the severe downtu in the Irish economy, The Worldwide Ireland Funds launched the Promising Ireland Campaign in 2009 to raise $100 million for charities experiencing an increased demand for their services at a time of a major reduction in resources. Thanks to the extraordinary generosity of donors, the initial goal has been exceeded and the target has been doubled to now raise $200 million. As a result, one third of the Funds' total eaings since foundation have been raised during the five years of the Campaign. Over 650 outstanding projects and organizations have received support from the Promising Ireland Campaign.

The American Ireland Fund holds a 4-star rating from Charity Navigator in recognition of efficiency, sound fiscal management and commitment to accountability and transparency.