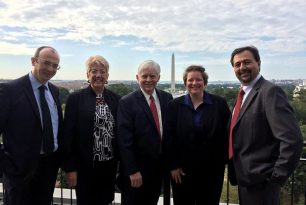 On Wednesday September 9th 2015, the inaugural John J. Sweeney Scholarship Reception was held at the Hay Adams Hotel in Washington DC in partnership with The American Ireland Fund.  The scholarship and was created in conjunction with the John Hume and Thomas P. O’Neill Chair in Peace at the University of Ulster and is available to American students who aspire to be part of the next generation of peacebuilders.

The scholarship was announced last year in honor of John J. Sweeney, President Emeritus of the AFL-CIO and the son of Irish immigrants, who dedicated his life to advancing the well-being of working people.  Speaking at the launch, Steve Coyle, CEO of the AFL-CIO Housing Investment Trust, credited Mr. Sweeney with creating 74,000 construction jobs, providing over 90,800 housing units for working families and stimulating over $24 billion of economic activity across America.

At the breakfast reception it was announced that Jennifer Johnson, a US Navy veteran from South Bend, Indiana, had been rewarded the inaugural John J. Sweeney Scholarship and will began her studies at Ulster University’s International Conflict Research Institute (INCORE) later this month. Following a four year stint in the Navy that brought her to Italy and California, Ms. Johnson completed her studies in Criminal Justice at Indiana University and went on to work as a clerk at the U.S District Court for the Northern District of Indiana.

Speaking at the reception, Ms. Johnson said it was always a dream of hers to be a peacekeeper and that she was “honored to be here… and humbled and grateful to represent Mr. Sweeney” who also attended the event.

Professor Brandon Hamber who is the Director of INCORE called it a “privilege” to establish the scholarship in Mr. Sweeney’s name and commended Ms. Johnson’s commitment to making a difference: “These are the students who make the greatest contributions after graduating." 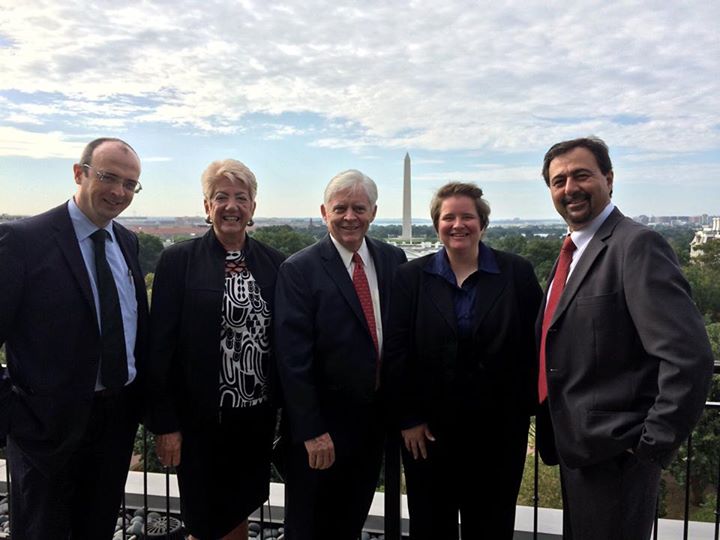