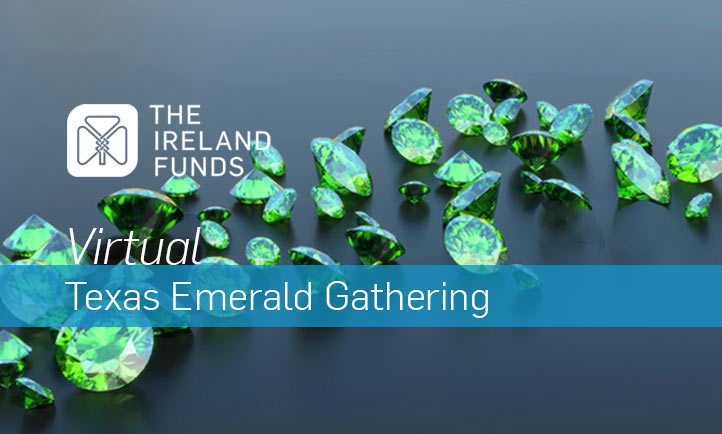 The event was emceed by Davey Devlin, President and CEO, Scapes Inc. and Eddie Geraghty, Principal, CliftonLarsonAllen, LLP. Davey and Eddie both emigrated from Ireland in early 2000 and soon became part of The Ireland Funds Young Leaders Society in Dallas. As enthusiastic Young Leaders they wanted to get involved and came up with the original idea to create the Texas Emerald Ball in 2013. Since then, the tradition continues to be one of the social highlights of the St. Patrick’s Day season in North Texas.

The virtual event included Caitriona Fottrell, President & CEO of The Ireland Funds, three Texas-based members Board of Directors, Tom Codd, Kevin Curley and Dolores McCall, and past honorees including Gary Kelly, Chairman and CEO of Southwest Airlines. One of the highlights included a special acknowledgment to Netta Blanchard, original Ireland Funds Texas Director. There were stories shared, jokes told, and memories re-lived and a toast to past and future Texas Emerald Balls.

By invitation only.
Thank you.