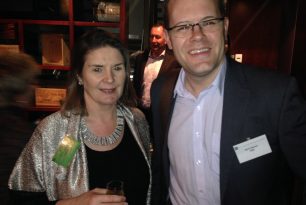 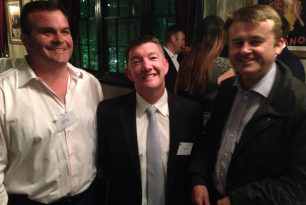 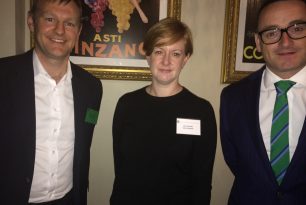 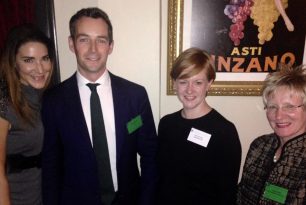 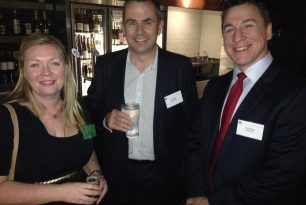 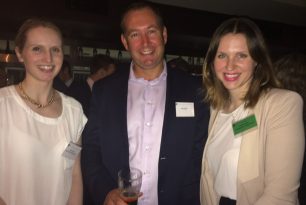 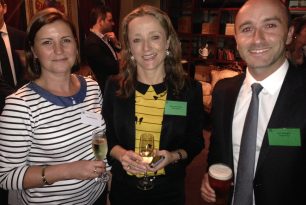 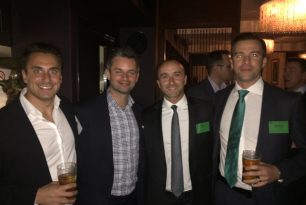 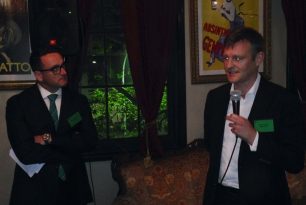 In recognition of their support this year, the Chairman and Board of The Australian Ireland Fund invited the members of the Young Leaders Network to join together for an intimate reception to network and meet with Board members.   The night was hosted by Director Peter Ryan at the Republic Hotel on Bridge Street and the group were more than looked after by owner of the Republic, Peter’s son Patrick.

The recently arrived new Sydney Consul General, Jane Connolly also spoke as well as Brendan Sheehan the National Head of the Young Leaders and the night was ably MC’d by Ronan MacSweeney of Young Leader Committee, Ronan is Senior Legal Counsel with Stockland.

Yvonne has been in Australia for more than twenty years and she gave some insights of her personal experience when she first arrived in Australia.  She spoke of her very successful career path here and overseas and told those present her thoughts on some things she has found very helpful on that journey:
•    Surround yourself with smart people
•    Do something that you love
•    Have a good work life balance

Yvonne explained how grateful she is for the wonderful support and education she received when she grew up in Ireland.   Her education has provided opportunities for her to work hard and become a successful professional woman and wife and mother.   Since arriving in Australia she has been heavily involved in the Lansdowne Club the Professional Irish Business Network as she wants to give back and said expressing her feelings, we all are almost obliged to give back and help other people less fortunate than ourselves.

She was delighted with the opportunity to join the Board of the Australian Ireland Fund in the role of Treasurer enabling her to grow her own network nationally and globally, whilst enabling others to grow their own networks and help others in a philanthropic sense at the same time.   She is very proud of the work the Australian Ireland Fund does on integrated Education in Northern Ireland, the community projects in Southern Ireland such as Barnardos Loughlinstown and Darndale Belcamp Integrated Childcare Services and many other activities; and here in Australia the Centre for Irish Studies at UNSW and scholarships for young indigenous Australians together with the Australian Indigenous Education Foundation.

Consul General Jane Connolly told guests of her career path to Sydney, she joined the Irish Civil Service in November 2000 and joined the Department of Foreign Affairs in 2002 being involved in the Political Division for Eastern Europe, OSCE and Council of Europe Section, then on to Warsaw.  She became assistant Chief of Protocol looking after State and Official Visits including the landmark Visit of the Queen to Ireland.  Jane was then based in the London Embassy where she was Head of the Irish Community and Cultural Affairs Section and Chair of the Emigrant Services Advisory Committee.

Jane came into contact with the Ireland Funds during this time and commented on the wonderful and important work that the Ireland Funds do globally.   Jane officially thanked those present for the work they are doing for Ireland through their involvement with the Australian Ireland Fund and encouraged everyone to continue.

We then heard from Brendan Sheehan, National Head of the Young Leader Committee.  Brendan spoke of his involvement with the Ireland Fund, the wonderful national and global connections he has made through the Fund at the same time as doing something he feels really good about, giving back in Ireland and Australia.

Brendan represented the Australian Young Leaders, together with Sandra Booth from Melbourne, at the New York Young Leaders Summit in January 2014 where the global nature of the organisation and the importance of the work we do really shone through for him.

He told guests of our upcoming activities including;  the Global Fun Run kicking off in Sydney at 8a.m. on 4 October  with Tommy Walsh of the Sydney Swans and then on to Melbourne where the race is led by Sonia O’Sullivan.  This is the inaugural Ireland Fund Global Fun Run and by all indications to date, it will not be the last.

Brendan mentioned the upcoming Sydney Garden Party on Sunday 9 November at the Home of Lady Mary Fairfax in Double Bay and Christmas Drinks at the Sydney Opera Bar on Thursday 27 November.

Our thanks went Peter and Patrick Ryan and the Republic Hotel for hosting the reception. 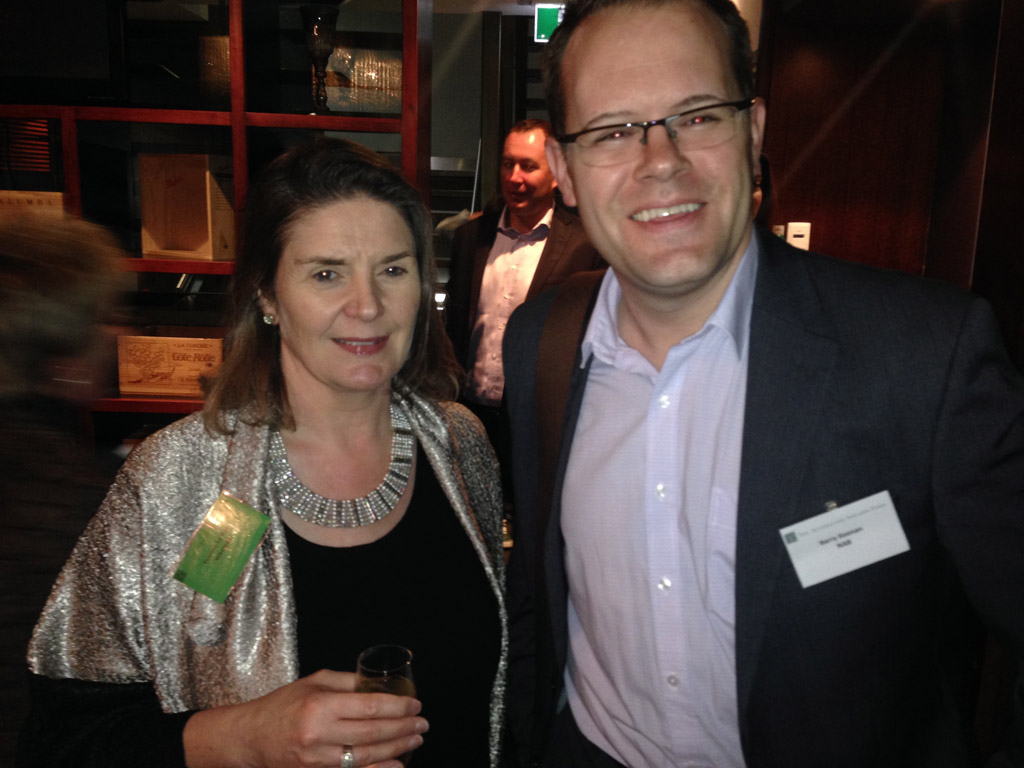 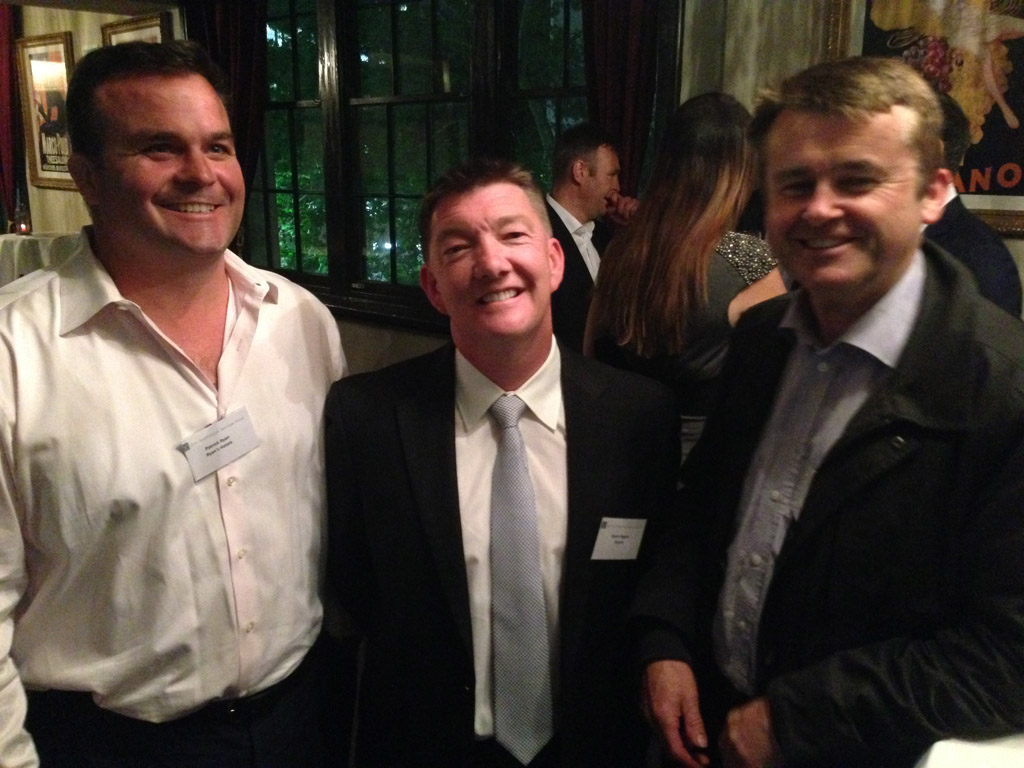 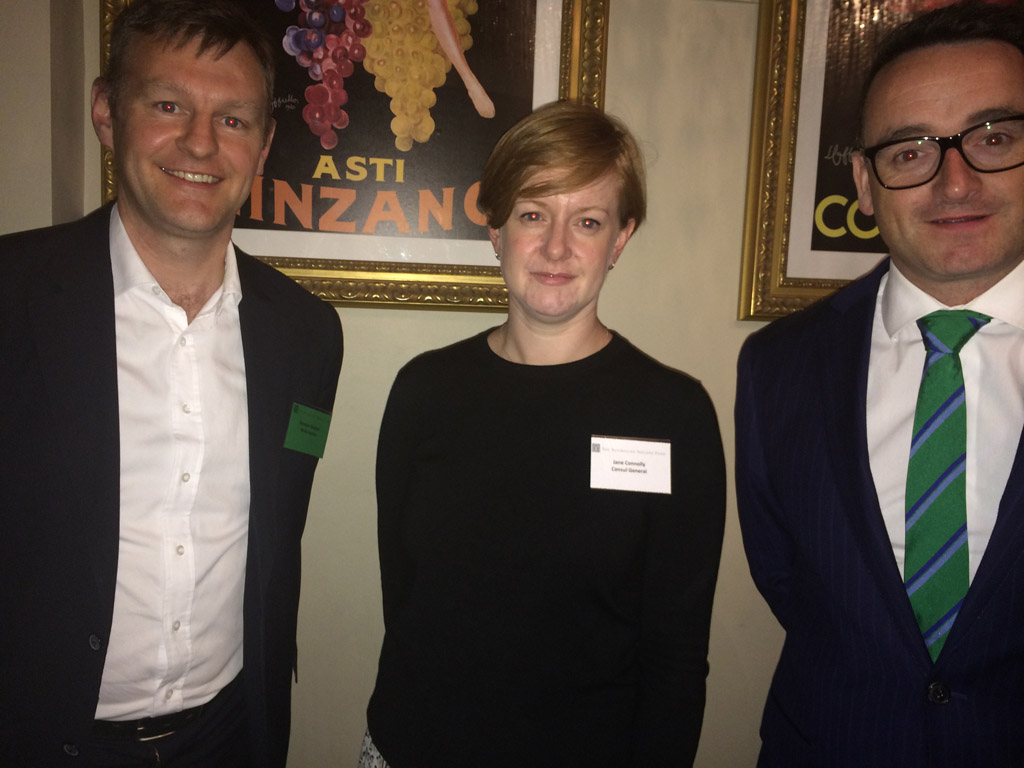 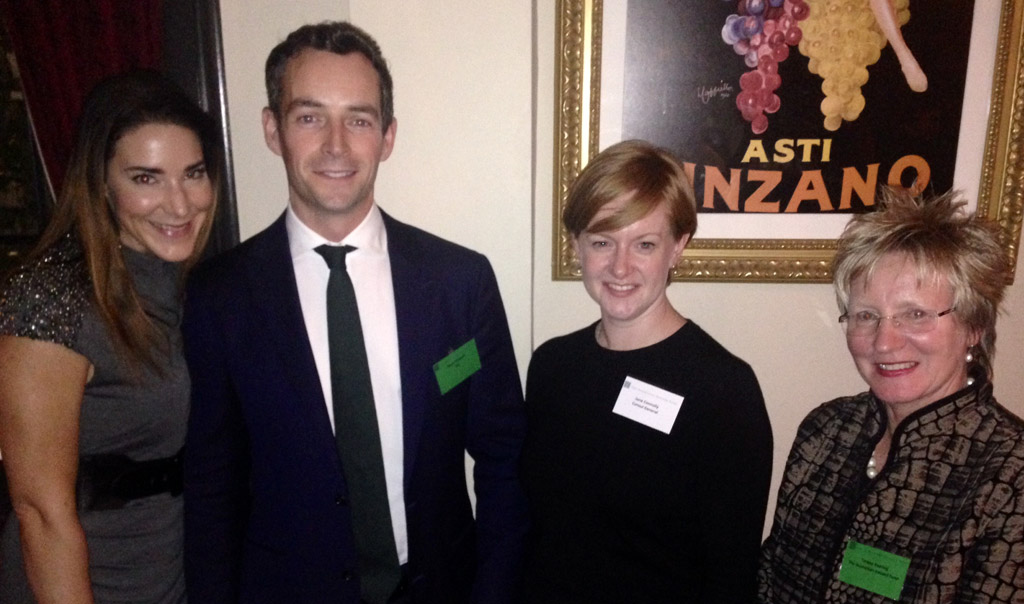 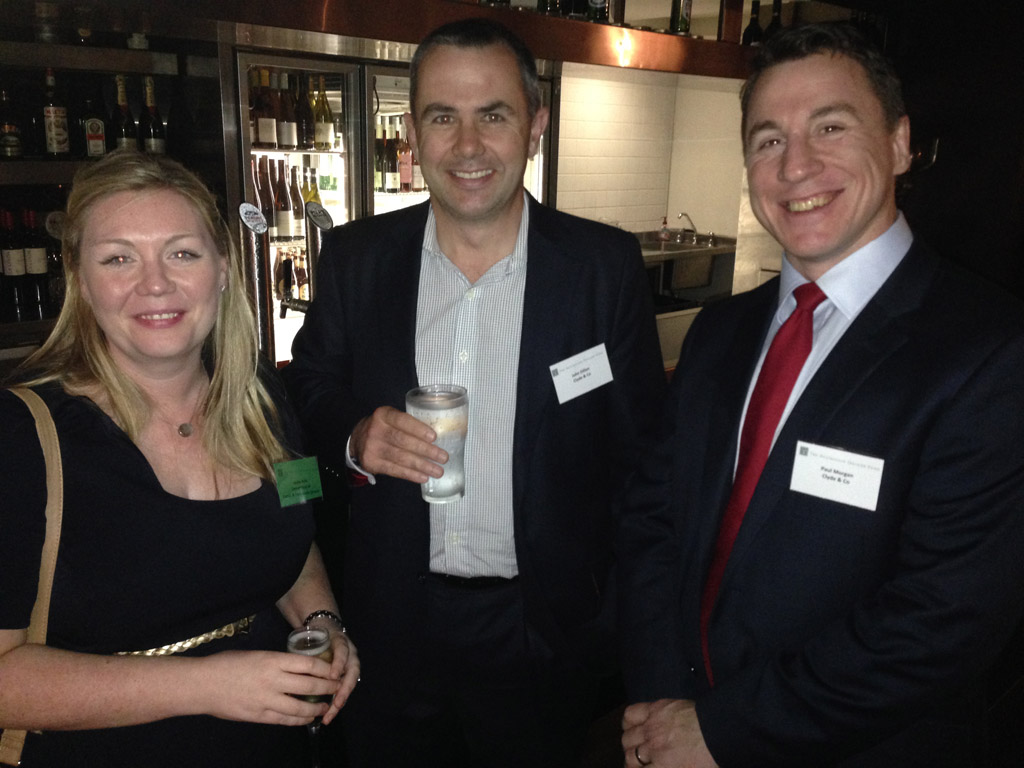 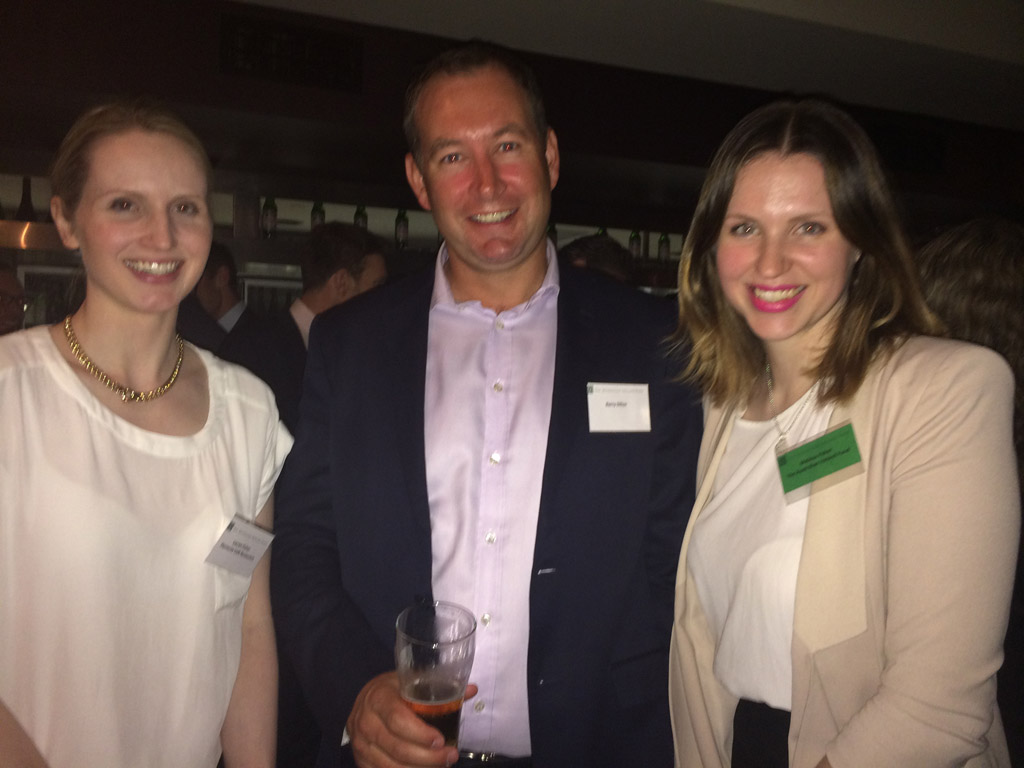 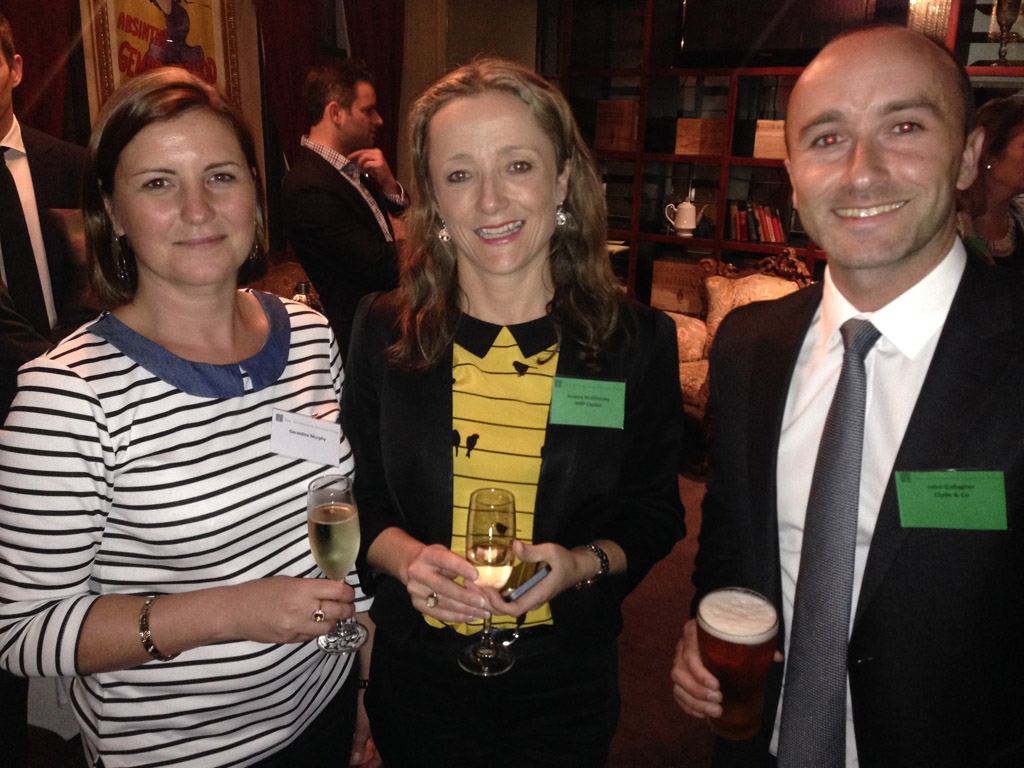 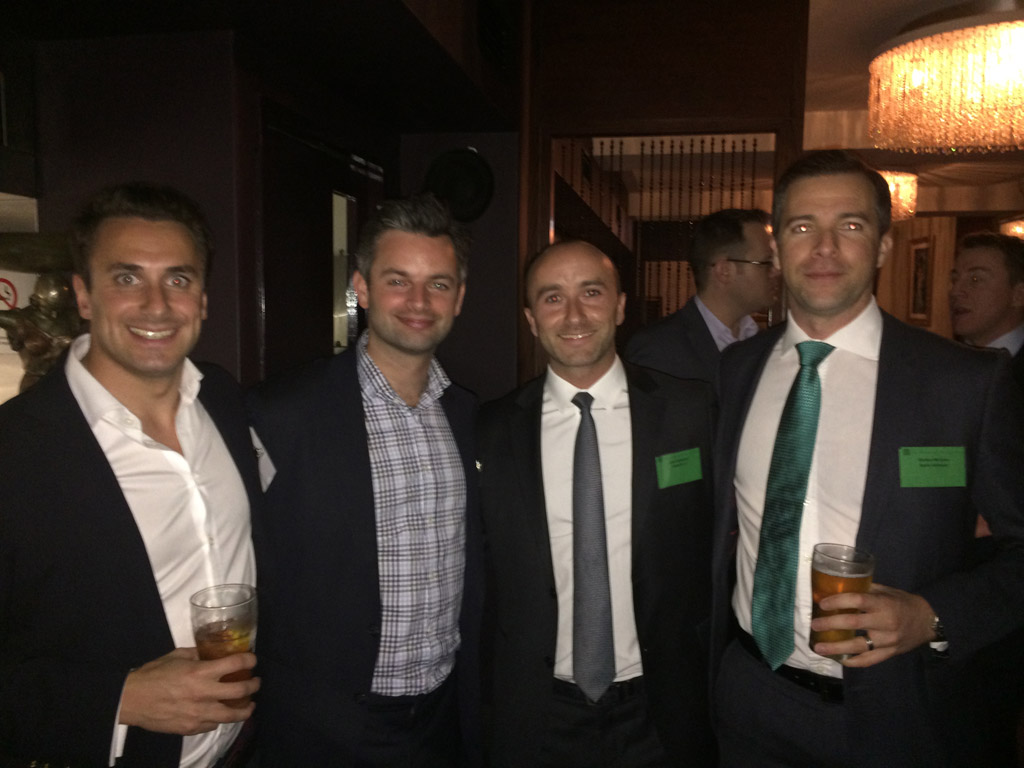 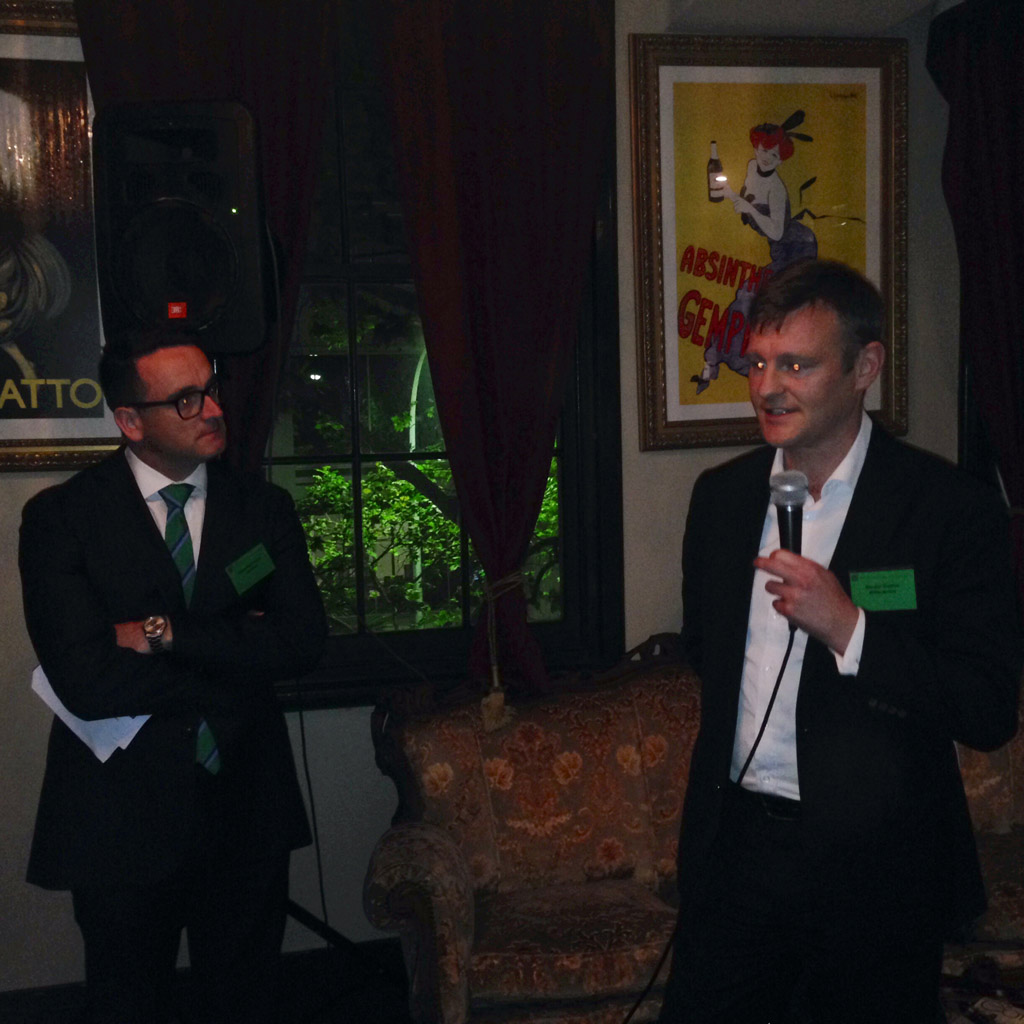