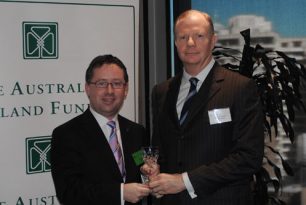 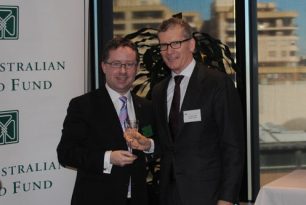 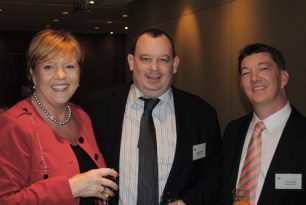 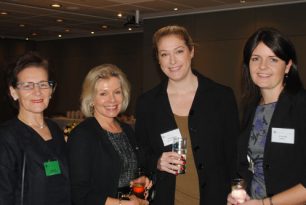 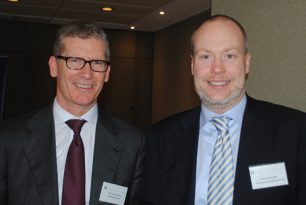 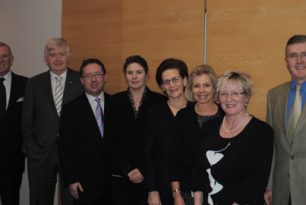 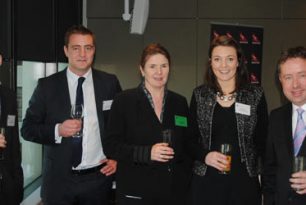 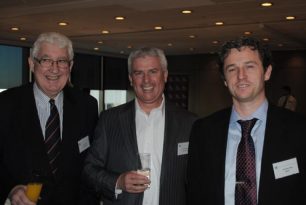 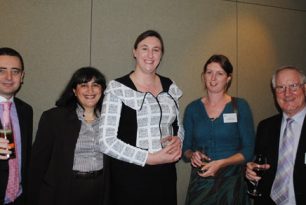 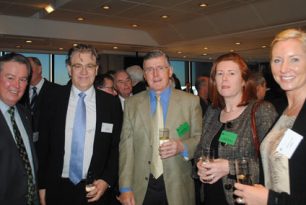 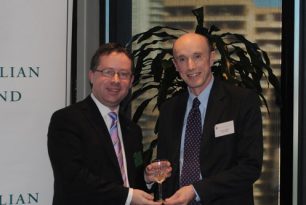 The Australian Ireland Fund annual 2011 Sydney Supporters Luncheon was again kindly hosted by Mr. David Wiadrowski of PricewaterhouseCoopers. The impressive and welcoming Sydney Room at the PricewaterhouseCoopers Sydney Headquarters on Sussex Street was a lovely venue for the luncheon which was attended by over 60 of the Fund’s generous supporters.

The event was an opportunity for our Chairman Alan Joyce to thank all our supporters, on behalf of the Australian Ireland Fund, for their hard work and continued support over the past 12 months and extend a very special thank you to Corporate Governors and major supporters present.

The Chairman provided an update on the activities of the Australian Ireland Fund and the projects of integrated education we are supporting in Northern Ireland. He spoke of the Fund supporting two more integrated schools that are helping build bridges, promote tolerance and provide a rounded education for children in Northern Ireland, Forge Integrated Primary School in Belfast and Glengormley Integrated Primary School. The Fund approved a further seven grants for a series of initiatives focused on supporting, mentoring and engaging young people and families. From Habitat for Humanity to The Star ABC boxing club in Belfast, what all these organisations have in common is a determination to provide alternatives to conflict, mistrust and anti-social behaviour.

The Chairman also highlighted other Australian projects we support such as; in association with Australian Indigenous Education Foundation, headed by Mr. Andrew Penfold, we provide quality education for disadvantaged indigenous young Australians through scholarships at a number of leading schools – four in two schools in Brisbane, Marist College Ashgrove and St Peters Lutheran College and four in two schools in Sydney, Kincoppal-Rose Bay School and St Catherine’s in Waverley. Together with the Australian Indigenous Education Foundation we have given a five year commitment to these schools.

The Australian Ireland Fund has provided funding for the establishment of a Chair of Modern Irish Studies at the University of New South Wales. In recognition of this support, it has been named “The Australian Ireland Fund Chair of Modern Irish Studies”. The Chairman also acknowledged the vital role of Mary Lee, who was in attendance, and has been a driving force behind the establishment of the centre.

The Chairman spoke of The Australian Ireland Fund Young Leaders Network which continues to go from strength to strength and was well-represented on the day. The Ireland Funds Global Conference took place in Co.Clare, Ireland this year and around 100 young leaders were in attendance.

At that conference, Foreign Minister Eamon Gilmore spoke about the enormous contribution the Ireland Funds have made to Irish society over more than 20 years.

Chairman Alan Joyce noted that it was worth quoting one of Minister Gilmore’s remarks. Mr Gilmore said: “The Ireland Funds have worked over many years, with successive Governments, building successful strategic partnerships within the wider global Irish family … I hope that we can continue to turn to you for your wisdom and your leadership as we seek to regain our reputation and rebuild our economy.”

Minister Gilmore was also echoed by Ireland’s President, Mary McAleese, who said: “As we work conscientiously and with considerable community solidarity, to overcome our economic problems, to restore our international reputation and rebuild our image abroad, we look for help, advice and inspiration from our global family worldwide. In particular we look to those friends who are tried and tested over many years, our friends in the Funds.”

Orla Tunney, Deputy Head of Mission at the Irish Embassy, also provided an update to the guests on current activities in Ireland and also thanked them for their generous and ongoing support.

The luncheon also provided an opportunity to inform our supporters of our upcoming two events: The Brisbane Gala Luncheon on 14 August 2011 and the Sydney Garden Party, our flagship event, which takes place on Sunday, 27th November at the beautiful harbourside home of Lady Mary Fairfax AC, OBE. 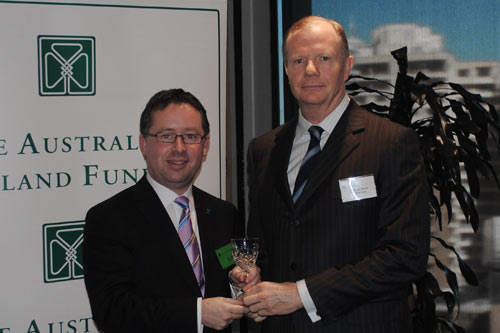 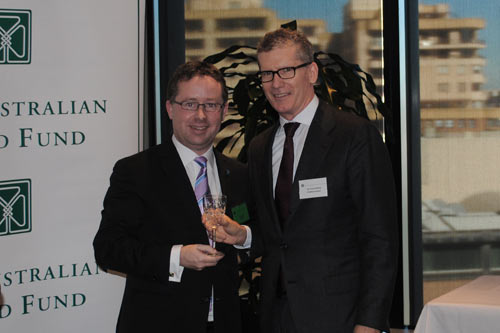 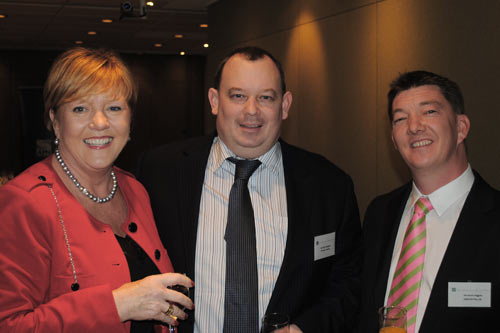 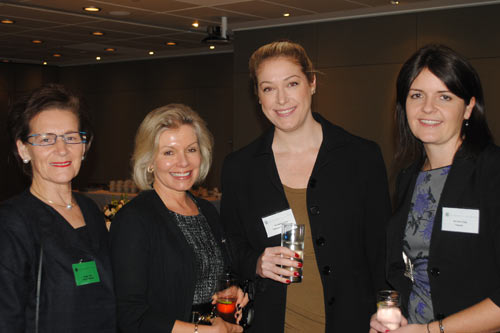 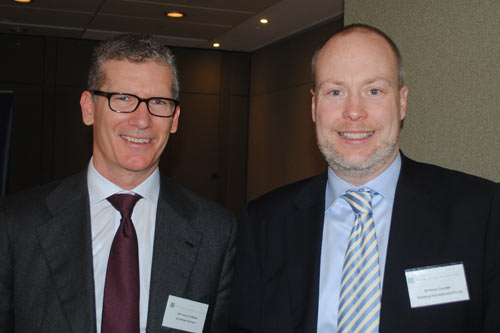 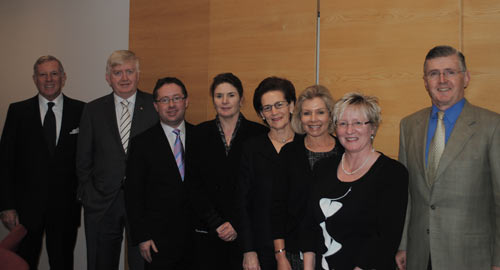 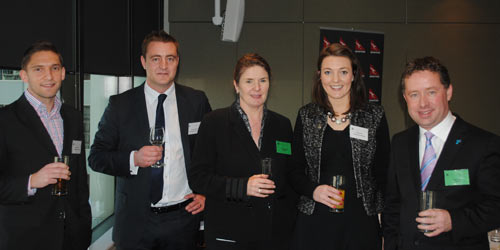 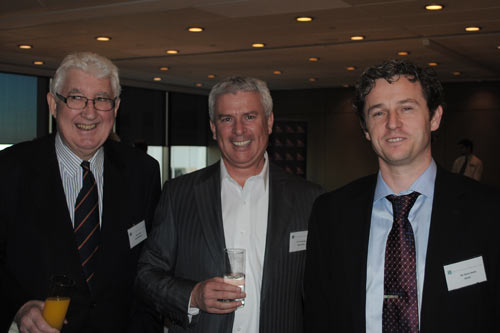 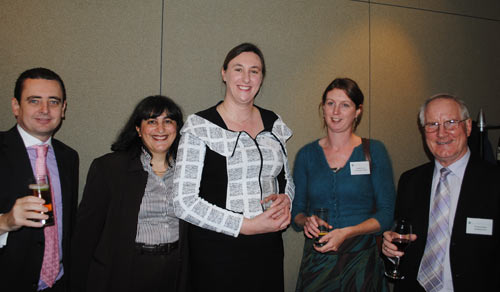 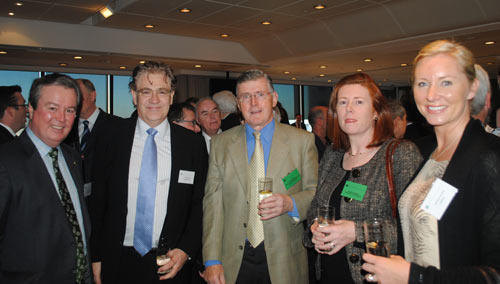 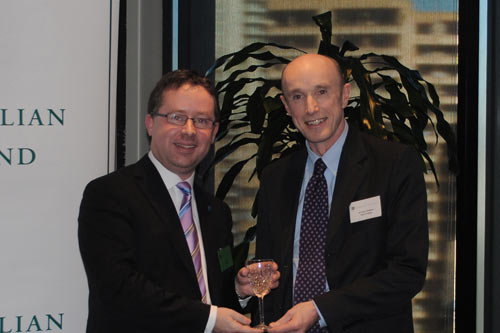