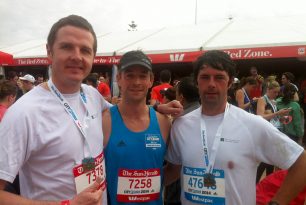 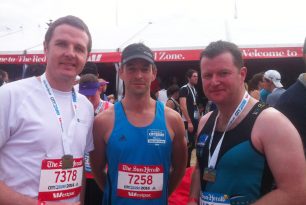 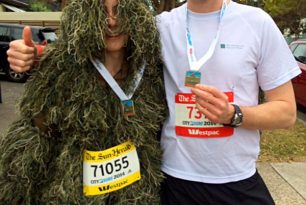 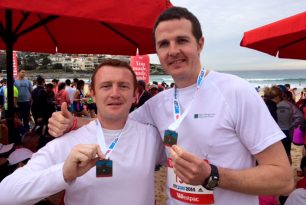 David Creaven, Sydney Chair of the Young Leaders and Keith Horgan, Sydney Young Leader, both completed the event and although they didn’t see each other on the start line their official times were only 1 second apart. Whether they considered it a fun-run is another question! However, both were delighted to have completed the race as both managed to raise funds in support of The Australian Ireland Fund. In all, over $1,000 was raised by Melissa Quibell, Jerry Kelliher, Keith Horgan and David Creaven, with potentially some sponsorship still to come in.

It was a day filled with fun and aching muscles but was made all the more memorable knowing that much needed funds would be going directly to the charities supported by The Australian Ireland Fund.

Thank you to all those who made donations to our runners and to Teresa Keating and Yvonne Le Bas of Westpac for their support.

We hope to see many more runners sporting The Australian Ireland Fund running t-shirts in the 2015 City 2 Surf –the Young Leader committee are keen to make this an annual event! 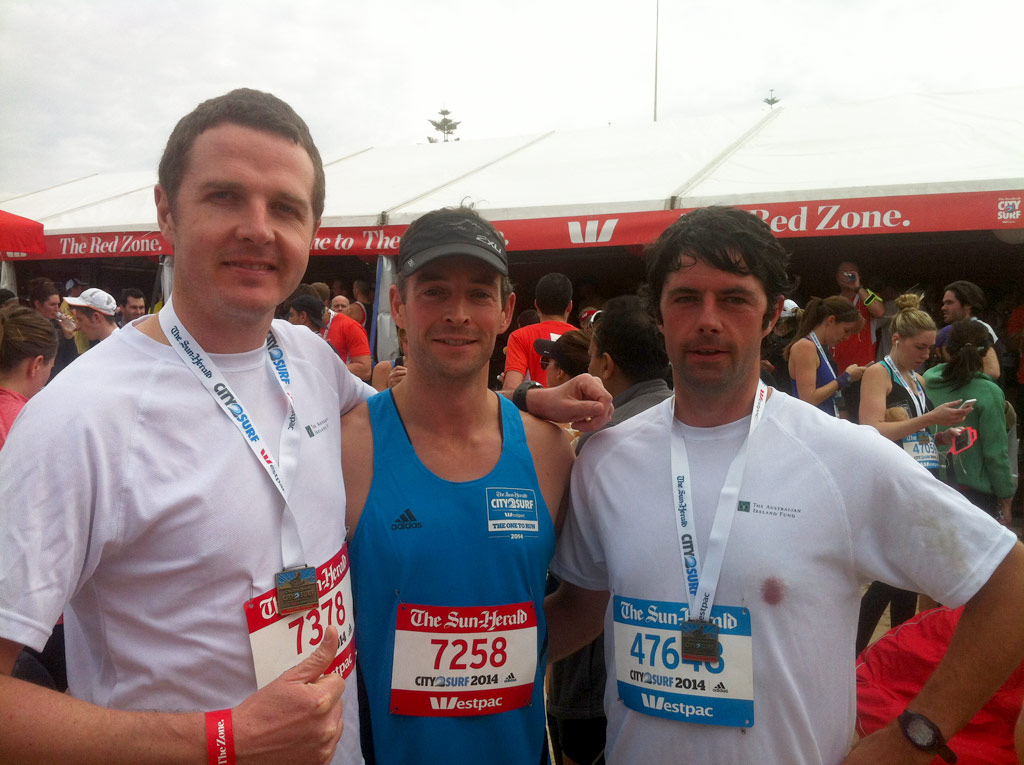 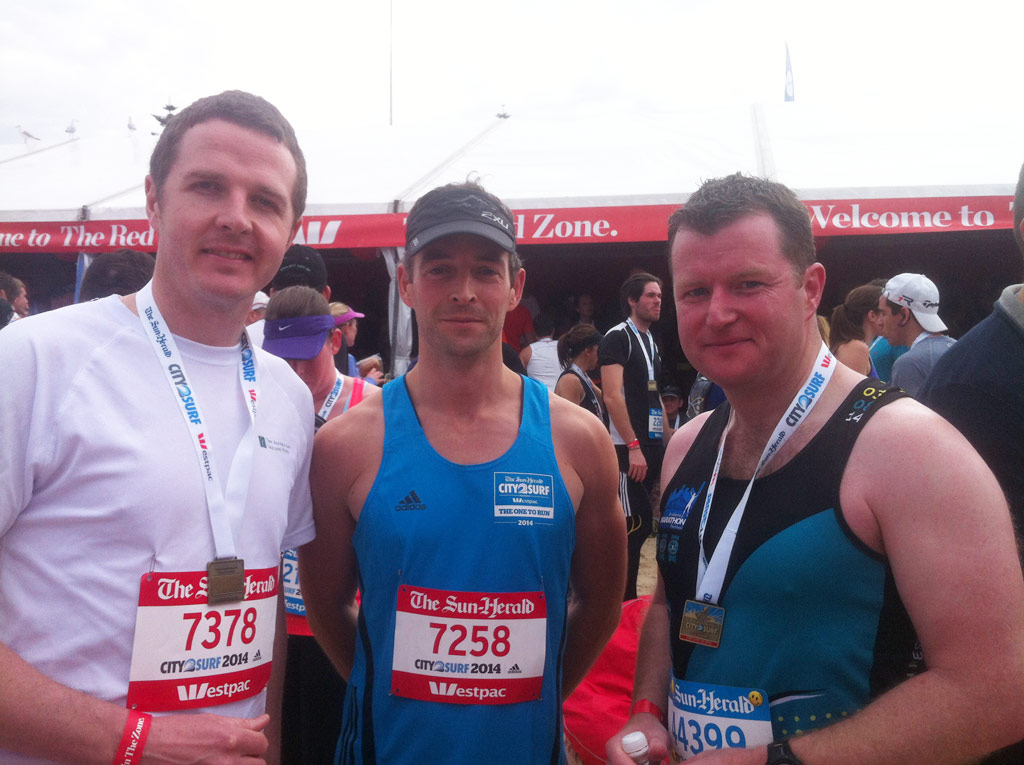 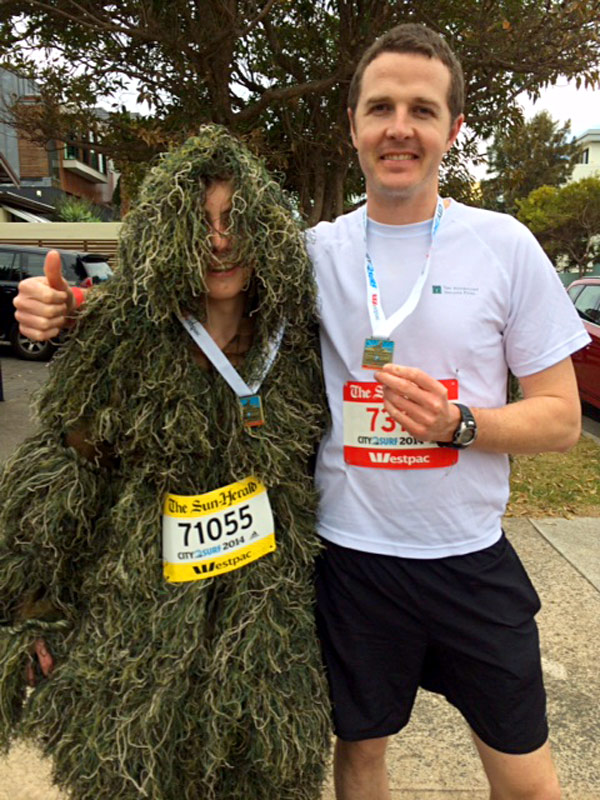 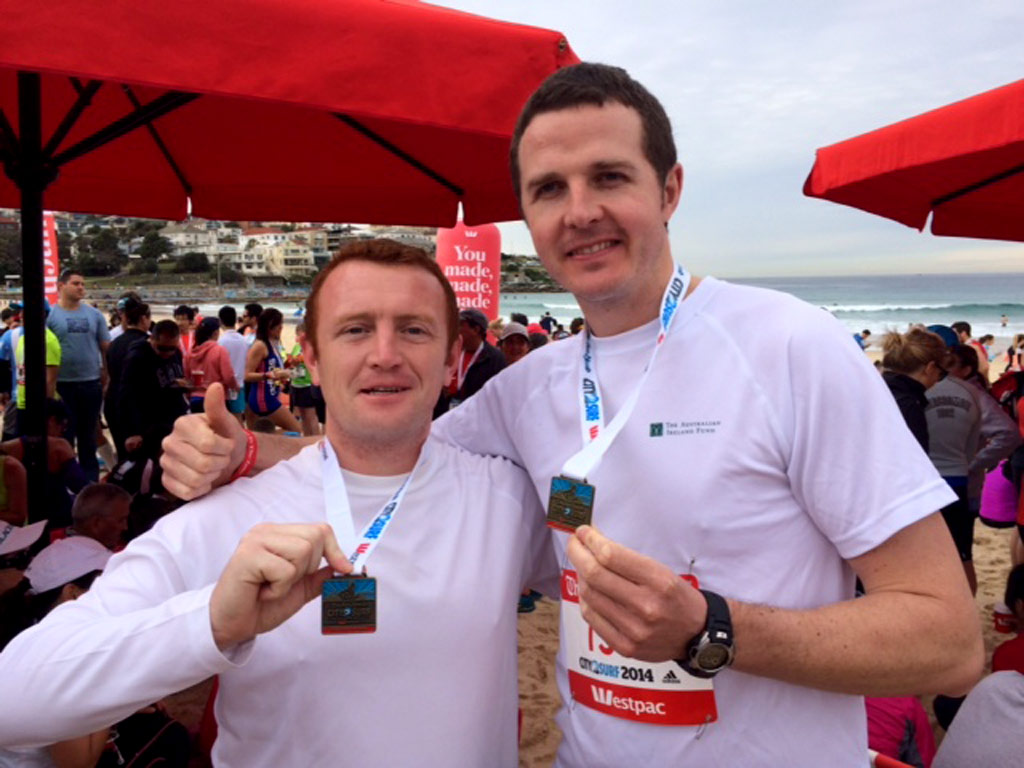