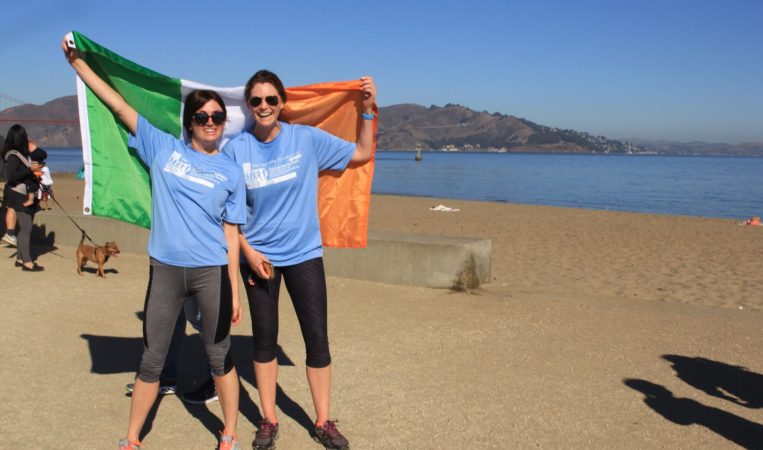 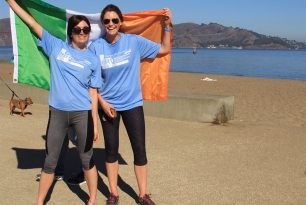 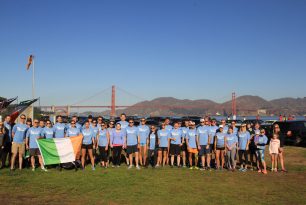 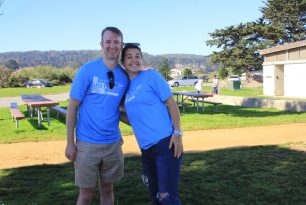 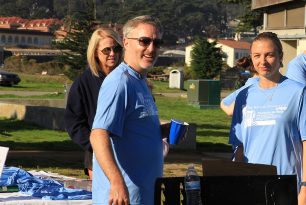 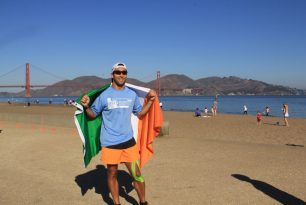 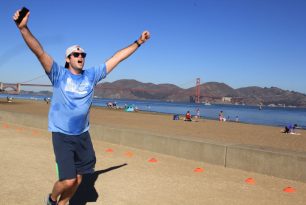 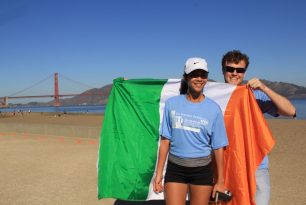 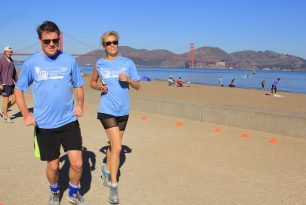 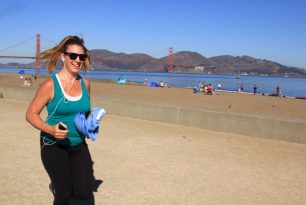 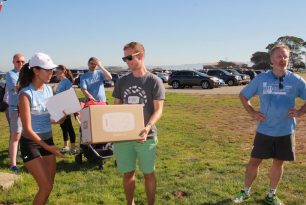 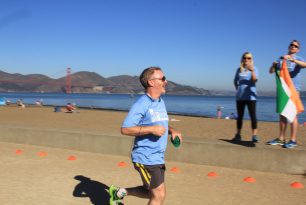 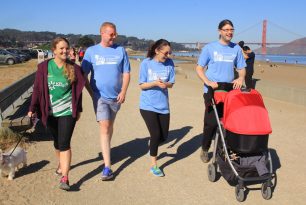 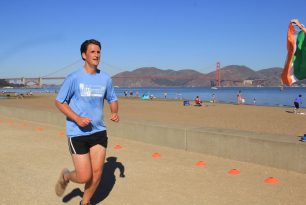 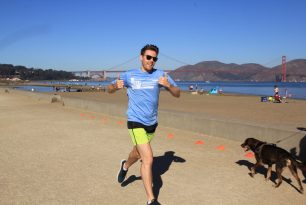 Event Chair John Normoyle welcomed a high energy group of more than 50 runners to the San Francisco Global 5K Run at Crissy Field on Saturday, September 24th. He was ably assisted by LJ Prendergast in producing this fun Run, which spanned across 16 cities, in 6 countries, over 20 hours around the world.

Crissy Field is a former military airfield located south of the Golden Gate Bridge in the Presidio National Park and the unobstructed panoramic views of the Golden Gate Bridge are spectacular. It was one of those rare San Francisco sizzling hot days that the city seldom sees. Record highs were predicted and there was no wind by the bay, for a change. It was going to be a great run along the trail to the Warming Hut near Fort Point and back.

The pack crossed the starting line and moved at a good pace towards the Golden Gate Bridge. In the end, our fastest male runner past the finish line was Aaron Kessler who had a great time of 19.44; the first female to finish was Jamie Panizales of KPMG who completed the run in 29:41.

Sincere thanks to our generous local sponsors: The San Francisco Irish Consulate, IDA Ireland, Rory Cameron of Litmos, Jake Malonoski of Green Chef and Peet’s Coffee for the pre-run breakfast jolt and to all the generous donors who contributed to this important fundraiser.

Special thanks also to our terrific volunteers who made it all happen.

Hats off to the competent duo, John Normoyle and LJ Prendergast and huge thanks to them for the countless hours they put into creating a really fun run! 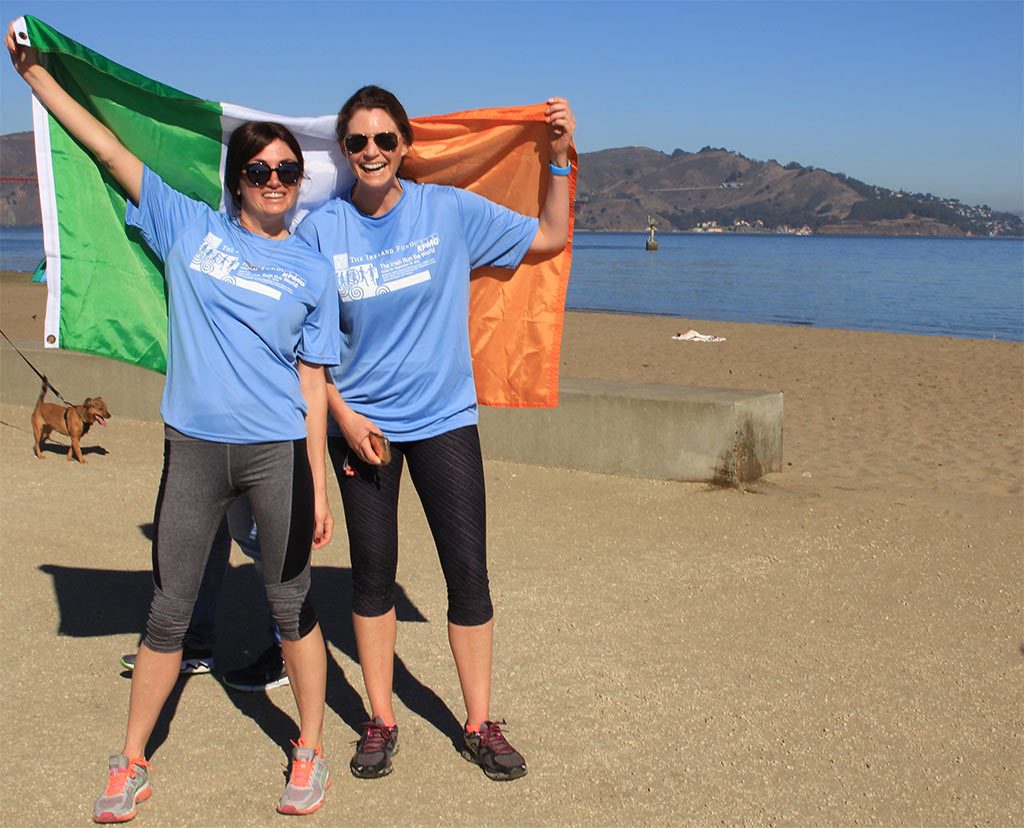 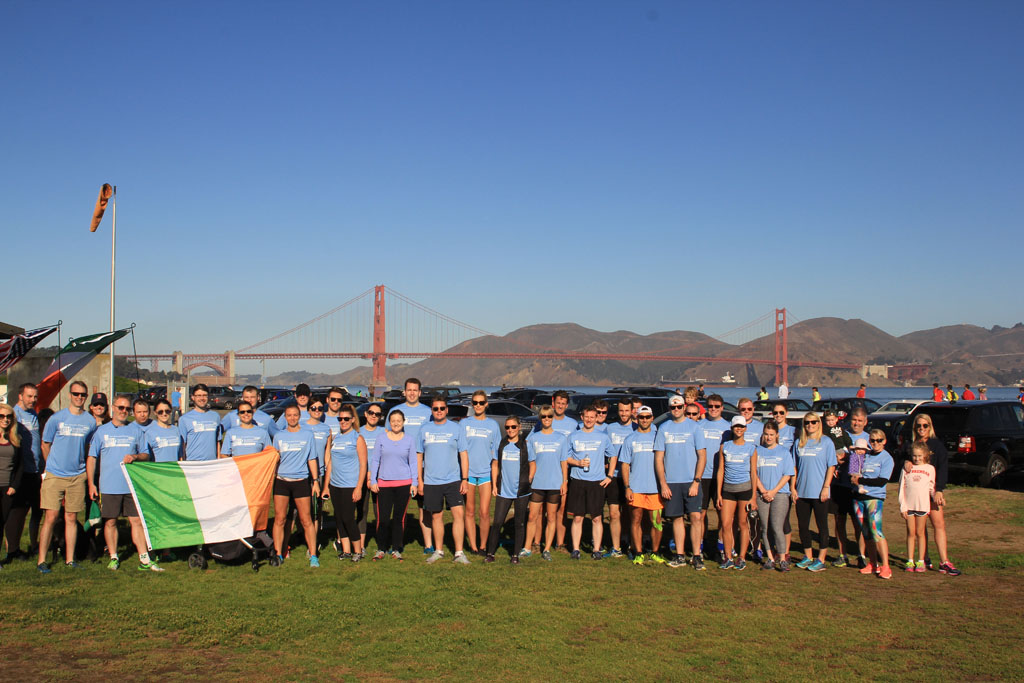 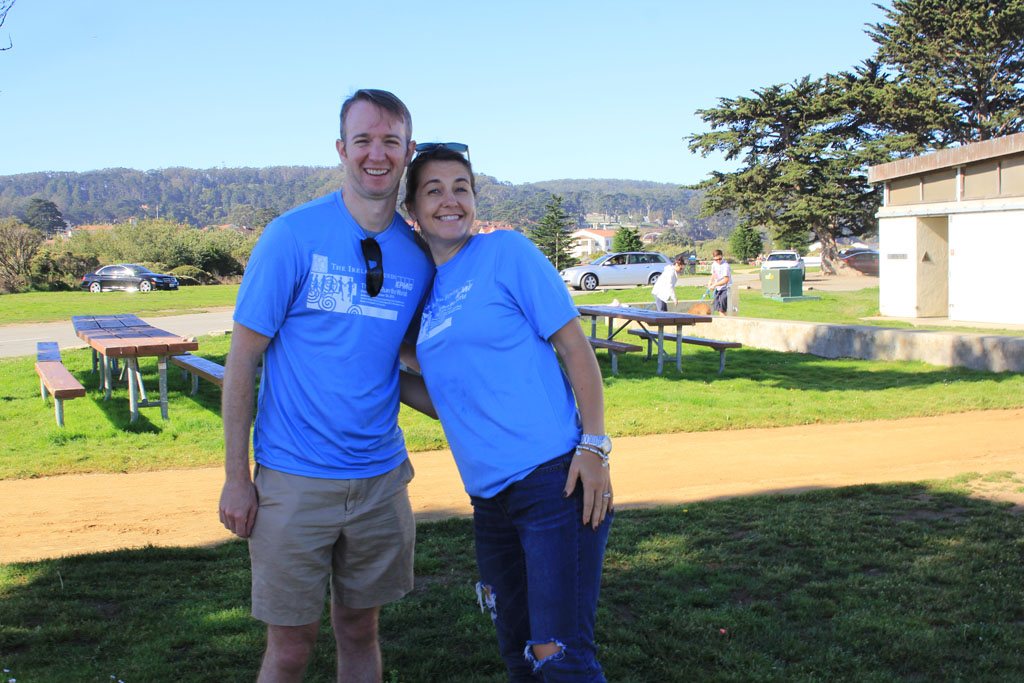 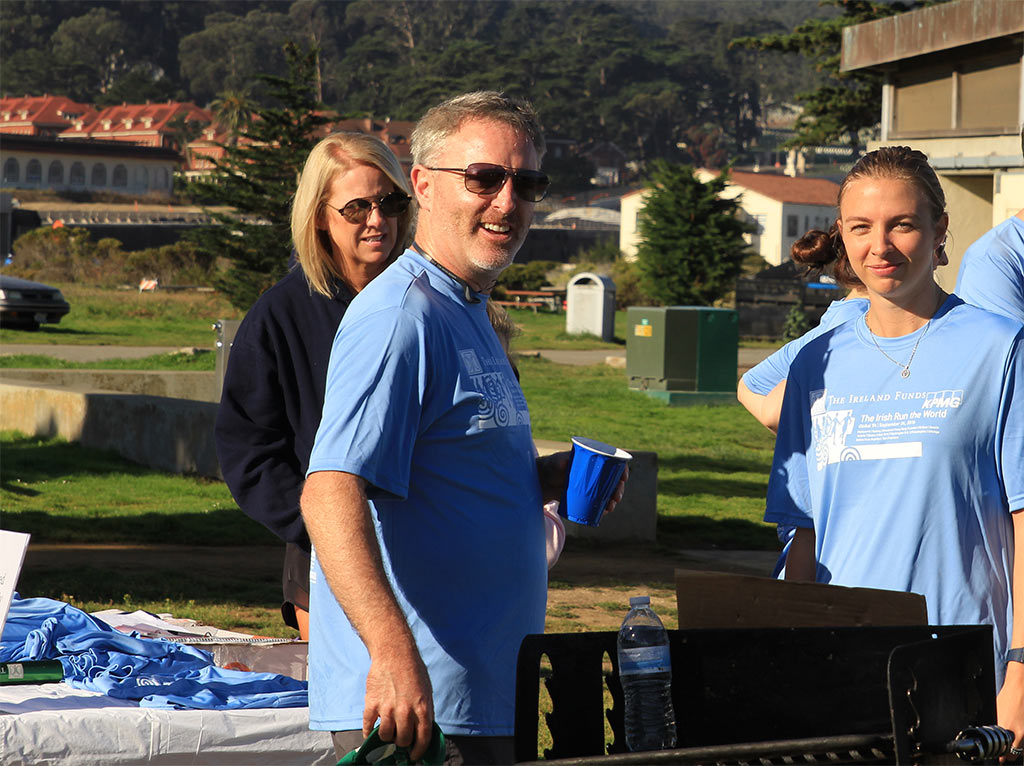 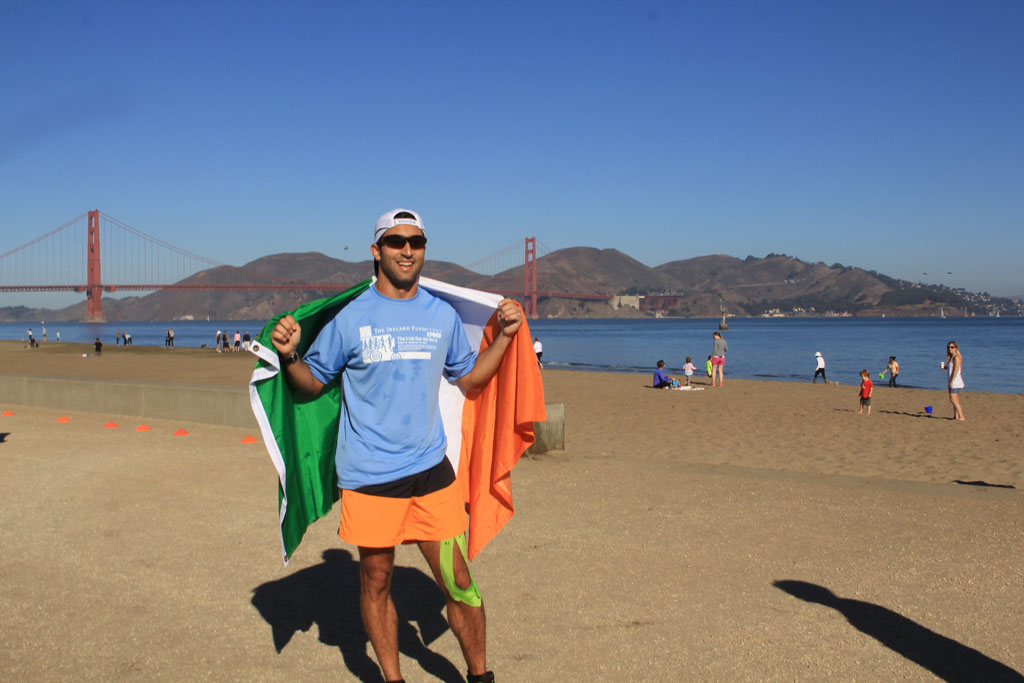 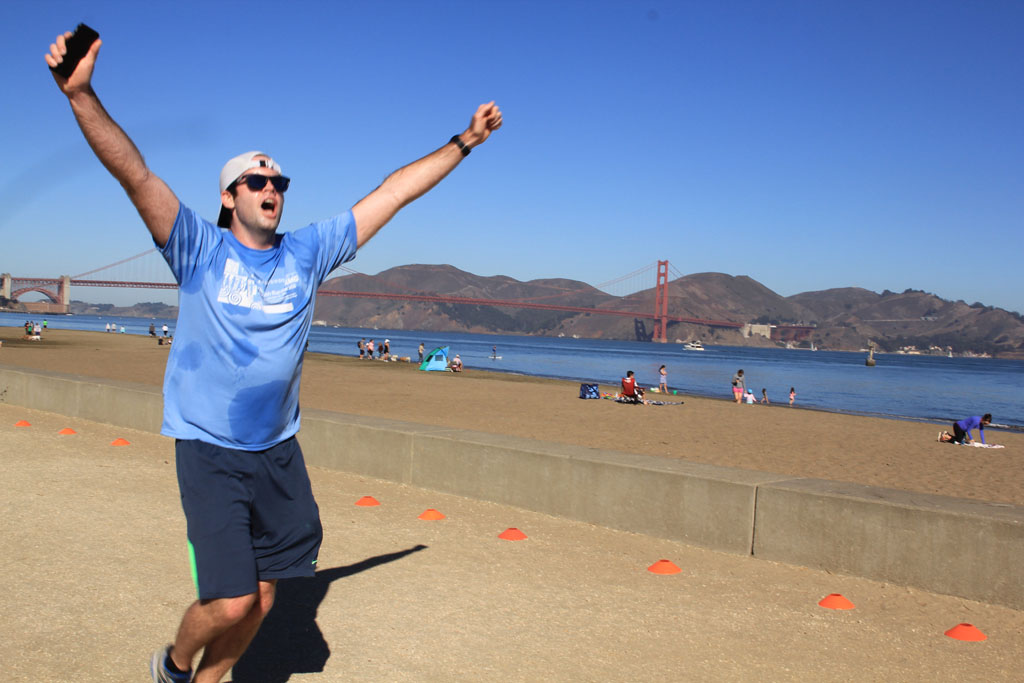 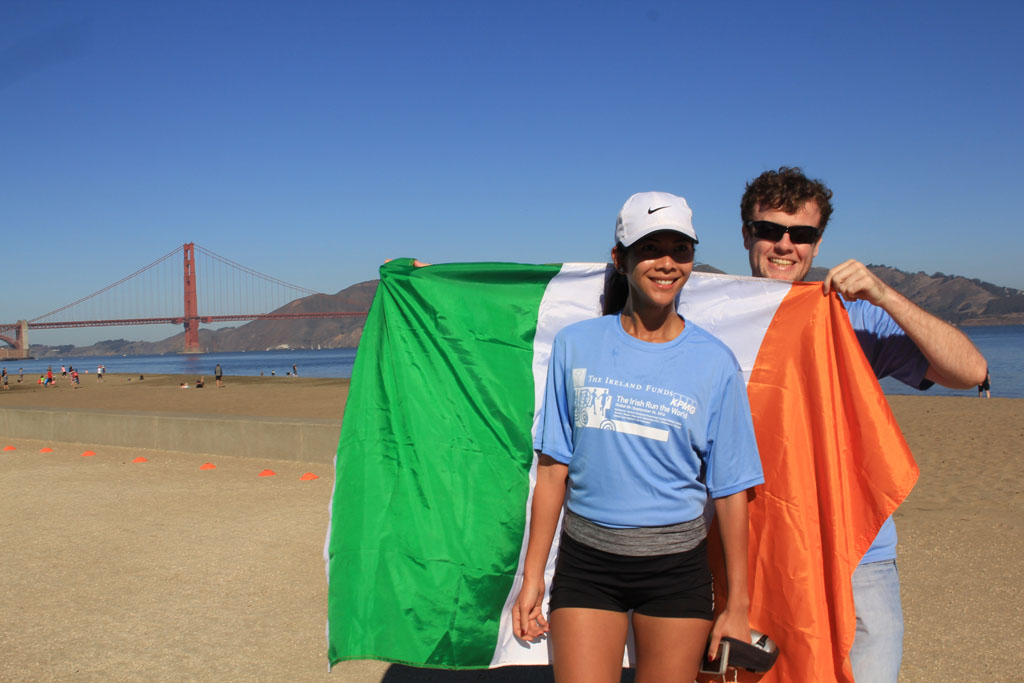 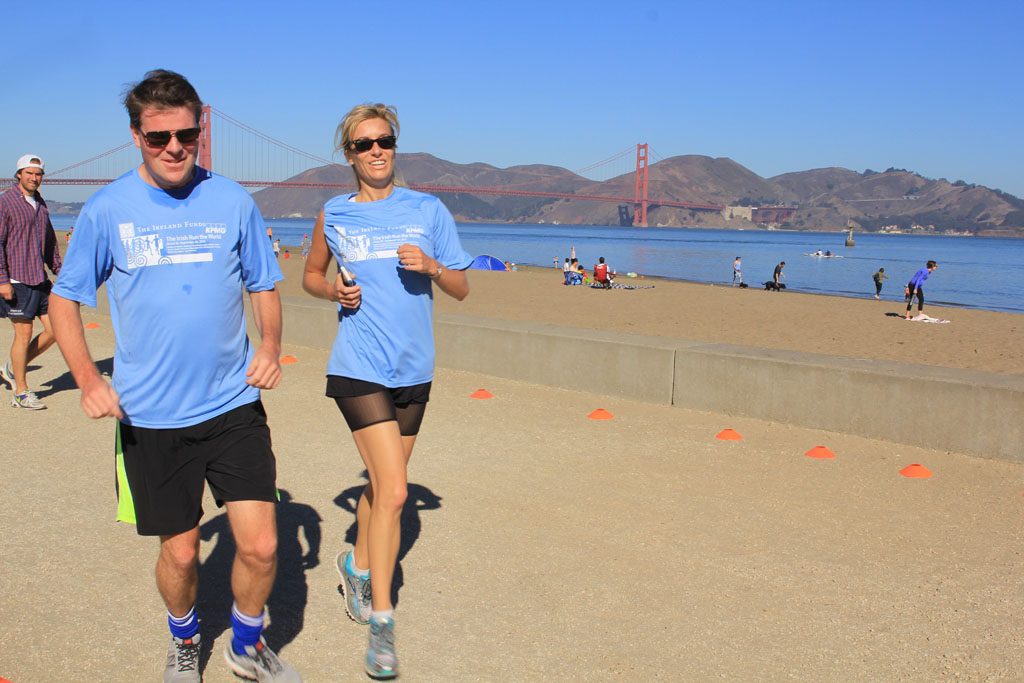 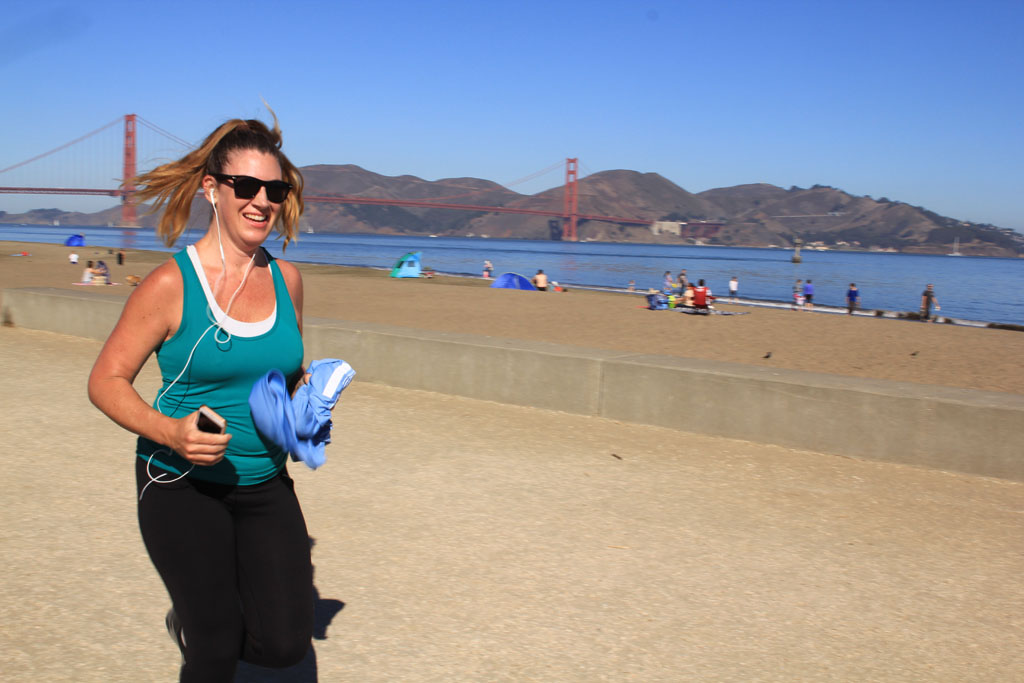 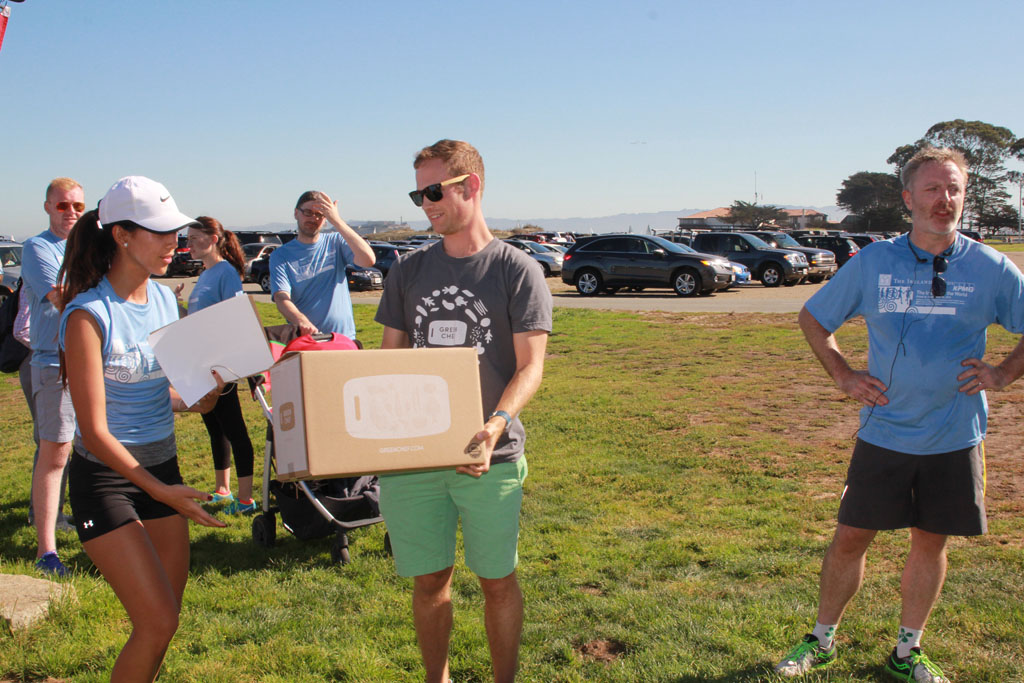 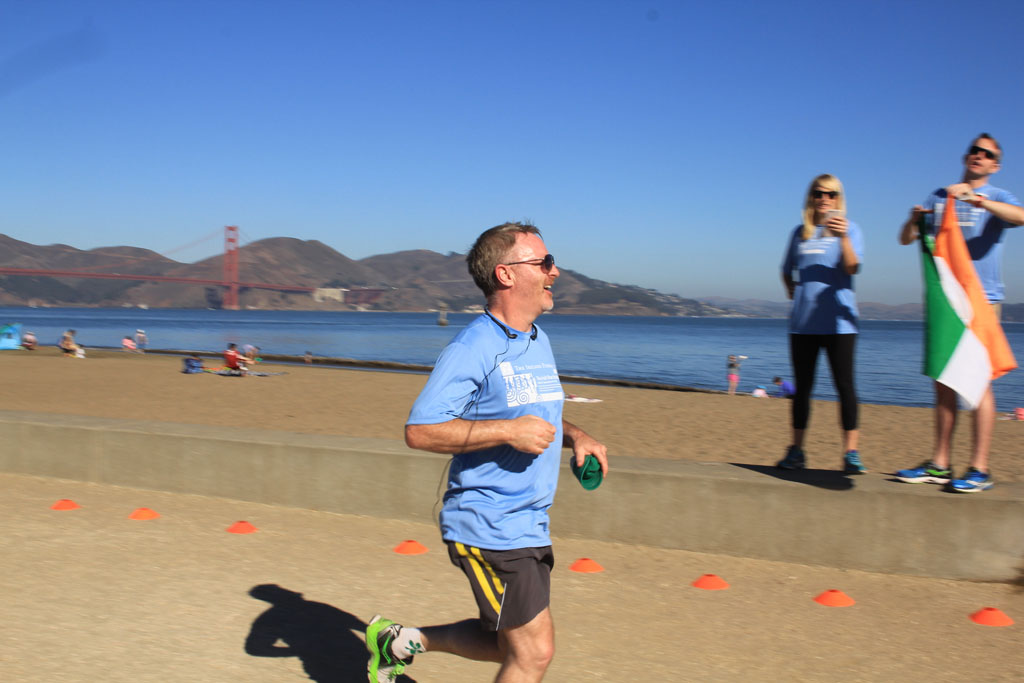 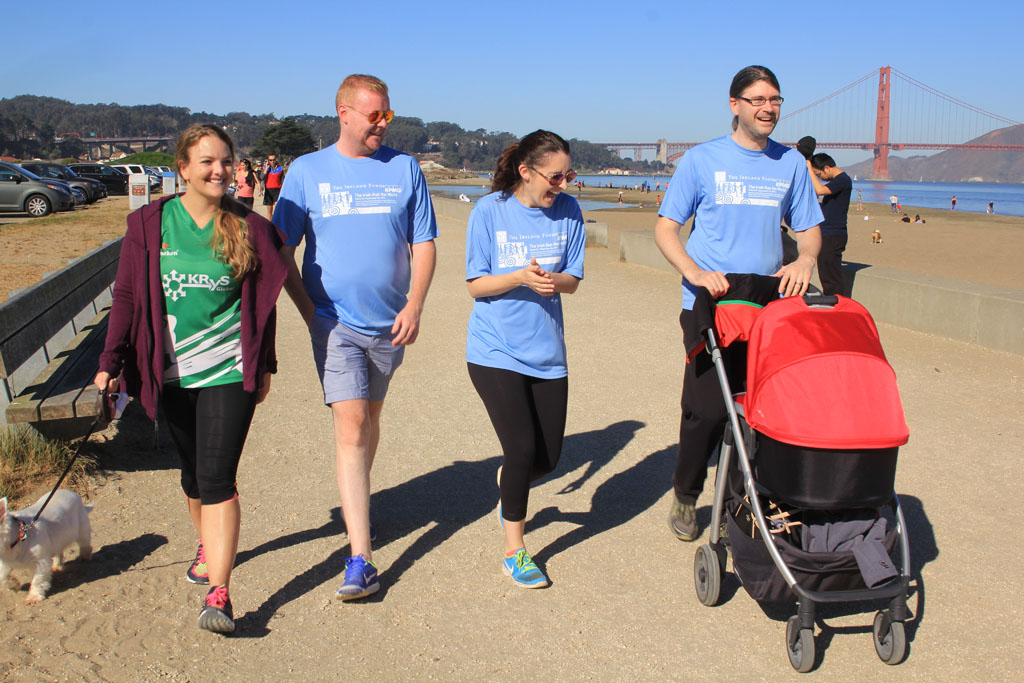 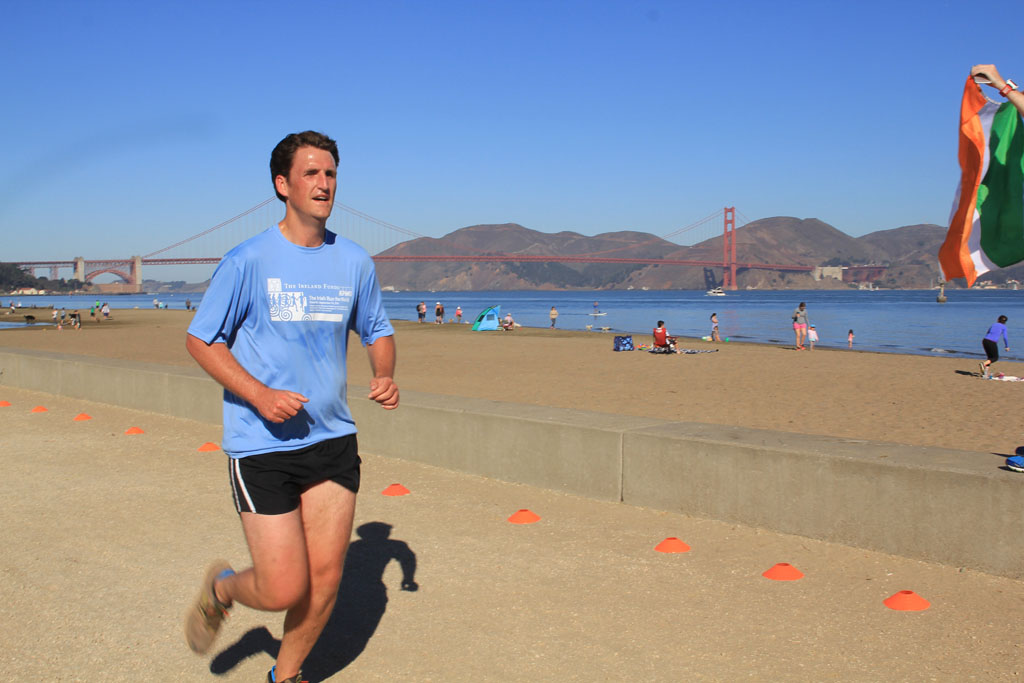 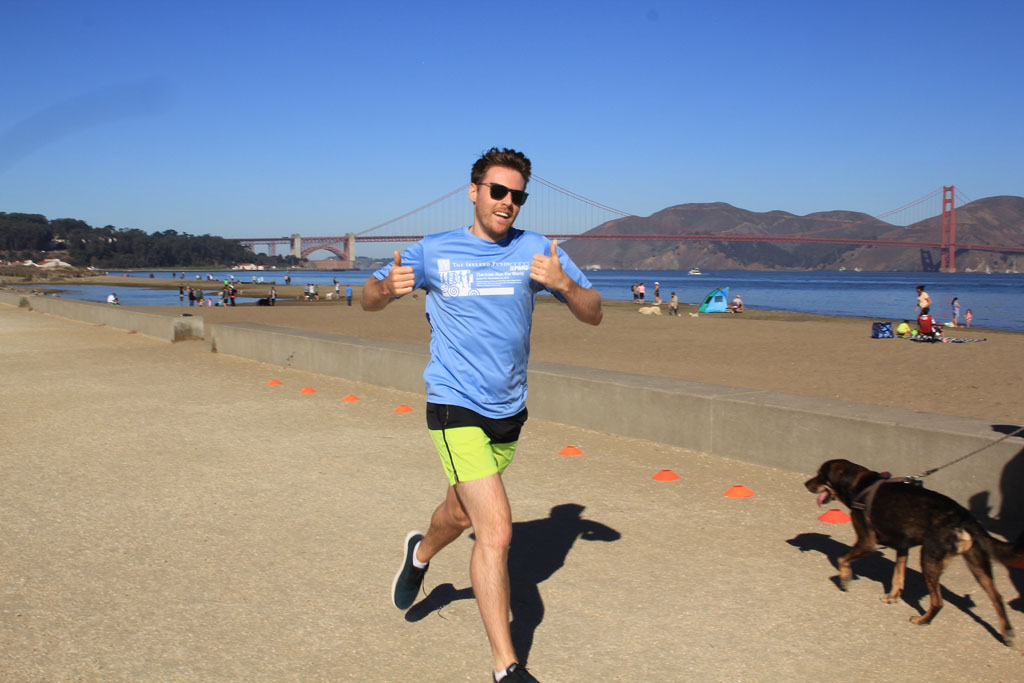