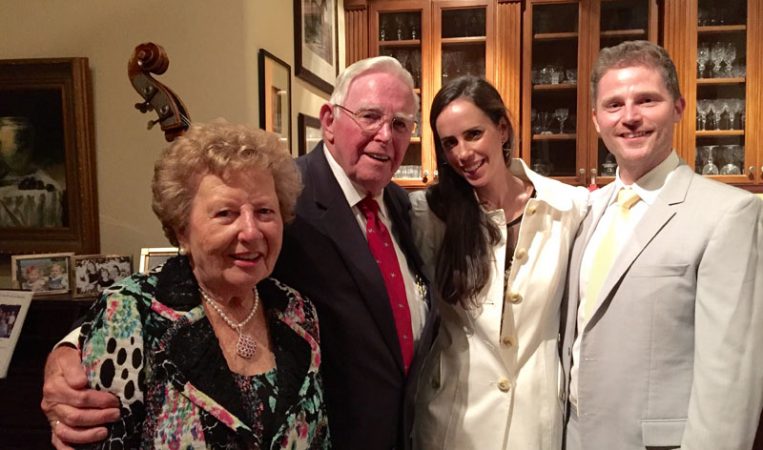 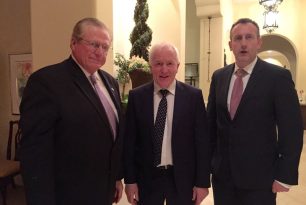 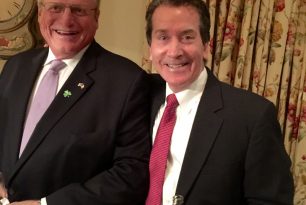 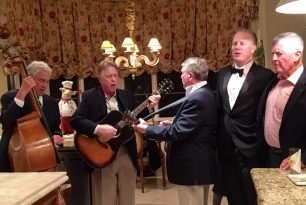 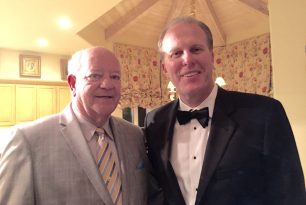 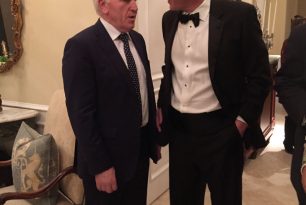 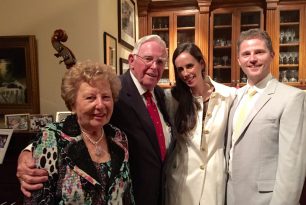 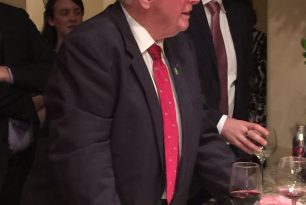 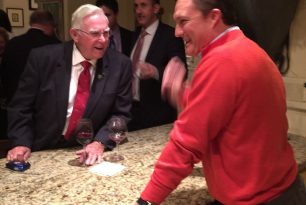 February 2015 American Ireland Fund Director, John Lynch, Sr. and his wife Cathy hosted Minister for the Diaspora, Jimmy Deenihan and San Diego Mayor Kevin Faulconer for a delightful evening at the Lynch’s stunning home in Rancho Sante Fe, California. AIF Board Member Dan Mulvihill and his wife Mary engaged and delighted everyone with their hospitality. Irish Consul General for San Francisco, Philip Grant was in attendance as was Honorary Consul General Finbar Hill. The presence of John and Cathy Lynch’s son, Fox football announcer and retired NFL star John Lynch, Jr. along with his wife Lynda, truly made it a family affair.

Minister Deenihan spoke of the close relationship between California and San Diego in terms of their shared concentration on technology and their can-do, upstart outlook. Mayor Faulconer compared the economic turnarounds which both San Diego and Ireland are experiencing as well as the shared business opportunities they are exploring.

After dinner, Minister Deenihan opened the floor to questions relating primarily to the state of the Northern Ireland Peace Process and the outlook for a shared future in the North. Liza O’Connor of The American Ireland Fund closed out the night by thanking the Lynchs and the Mulvihills for their long history of supporting AIF projects across the island of Ireland. She spoke of the progress which had been made in Ireland, especially since the recent economic downturn, and reminded them also of the progress Ireland will continue to make with their support.

After dinner, a good old-fashioned Irish sing-song broke out, led by the well-known and much loved Irish-American band, the Incase Trio who played a selection of Irish favorites as well as beloved American standards. 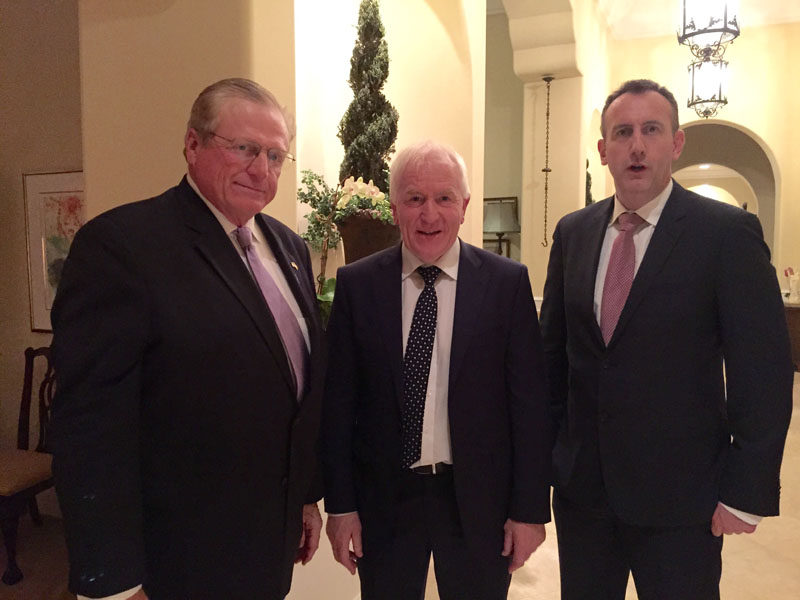 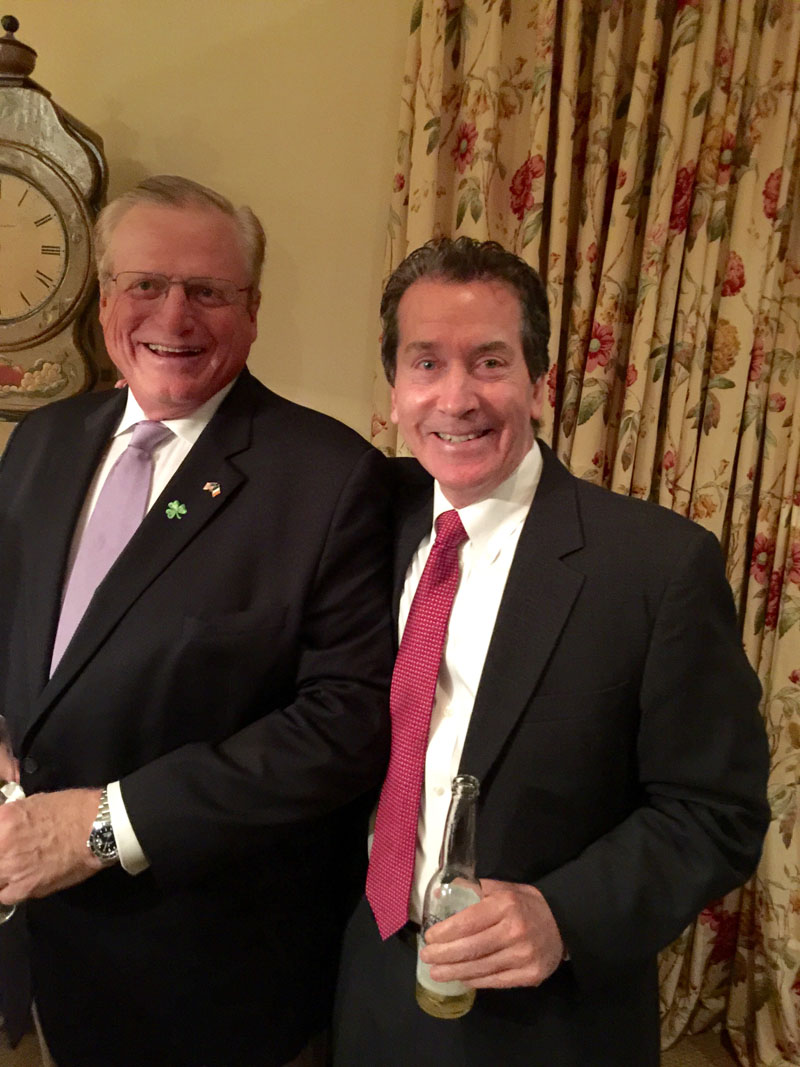 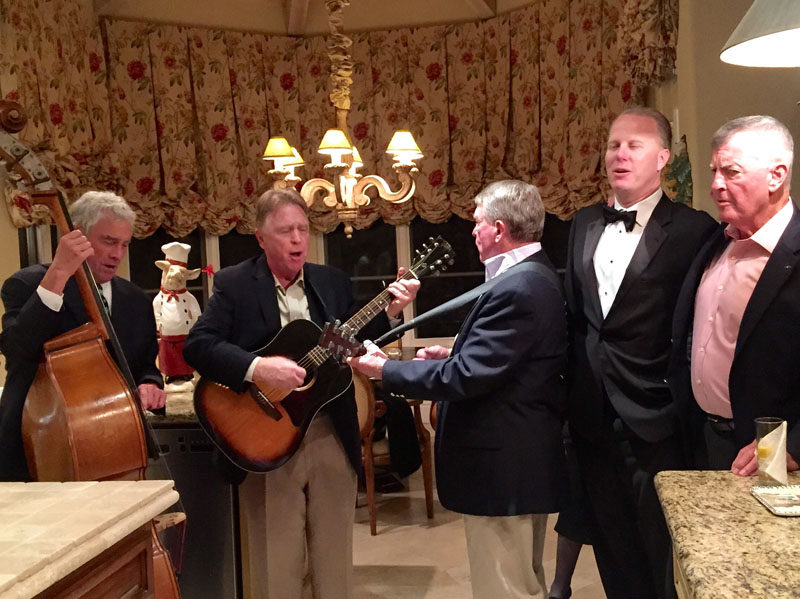 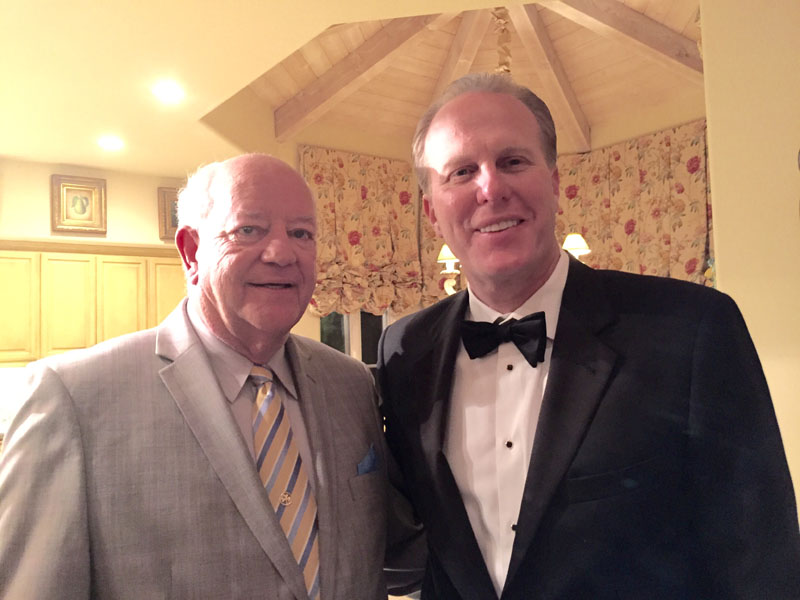 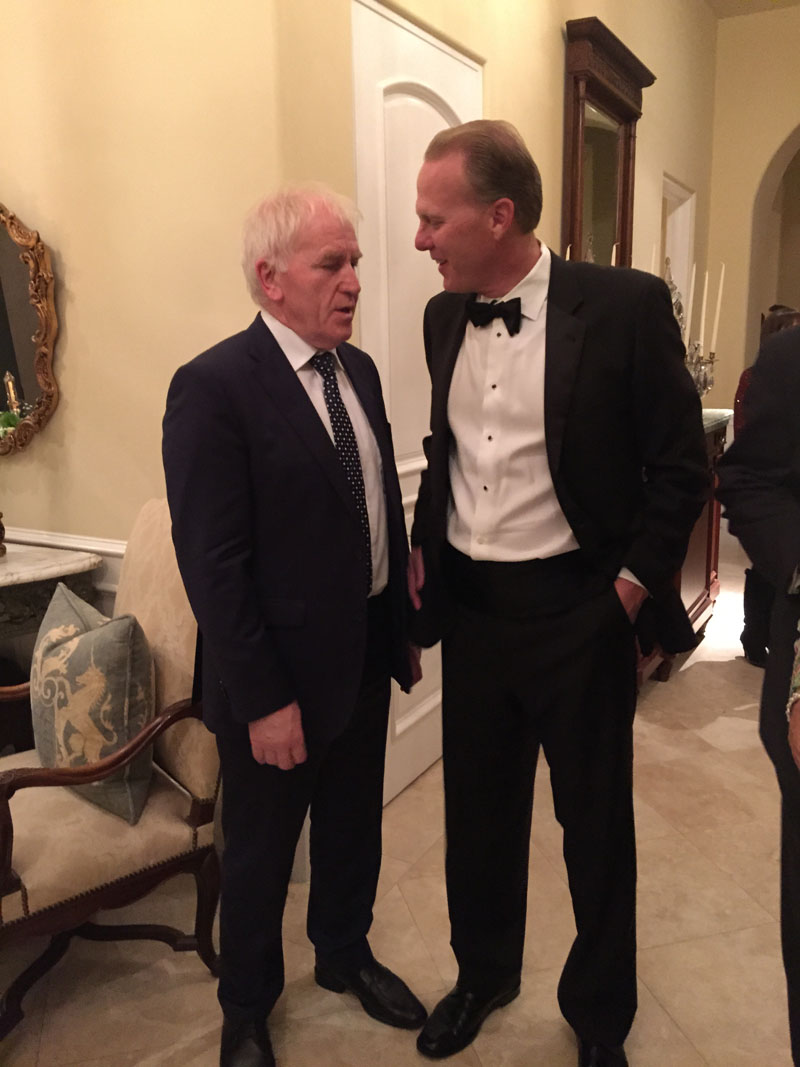 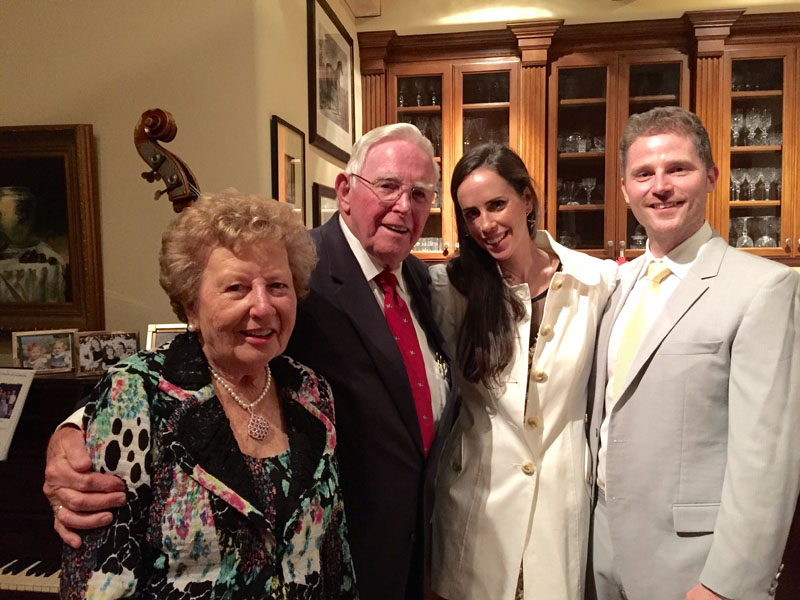 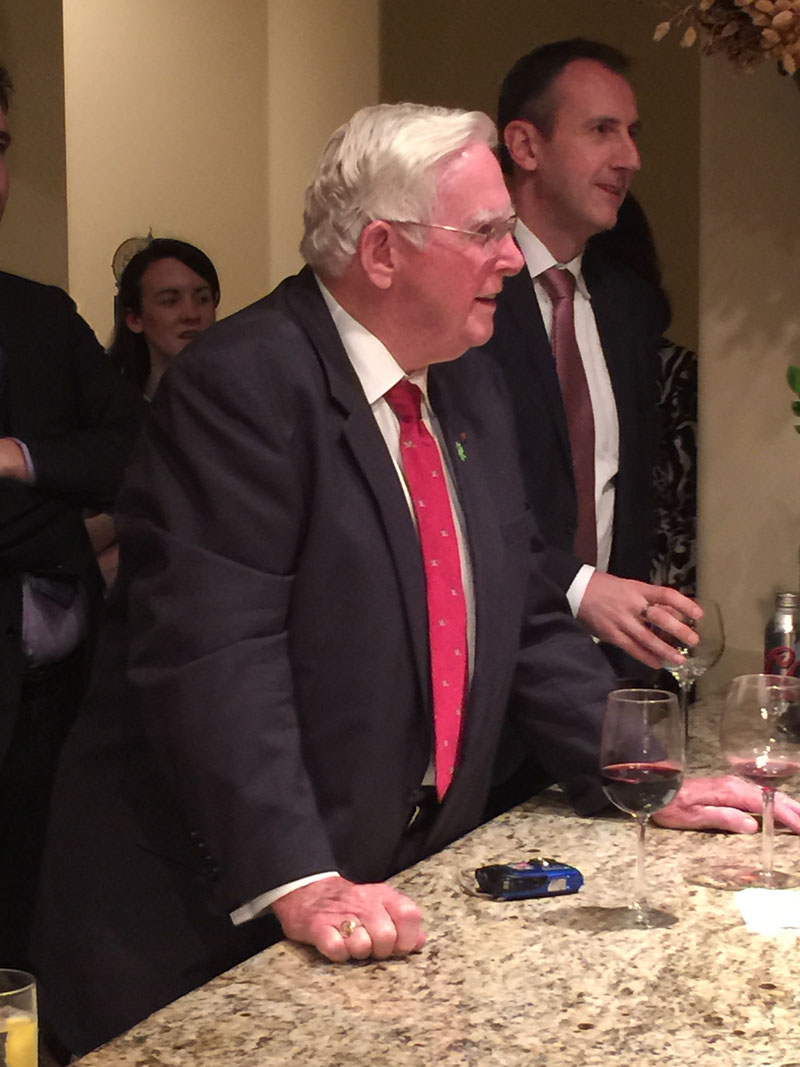 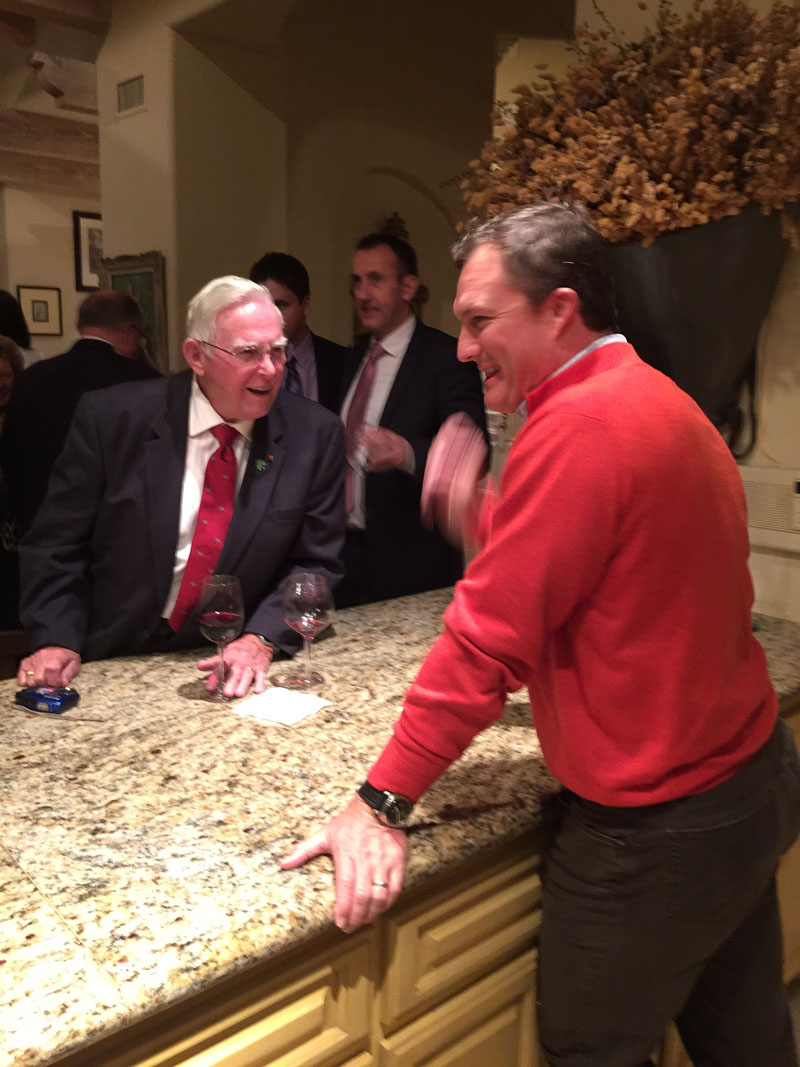