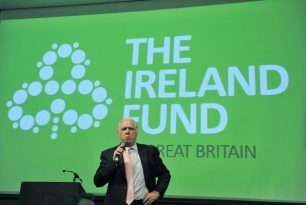 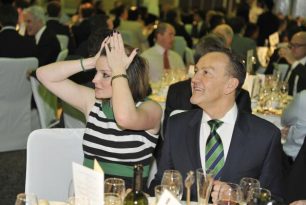 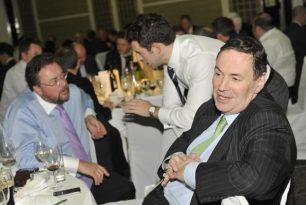 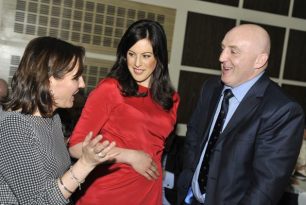 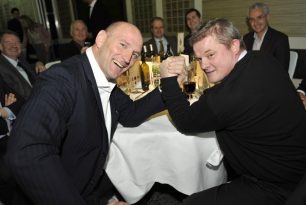 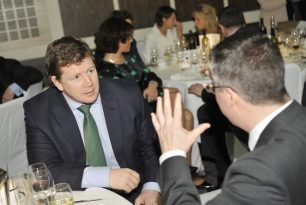 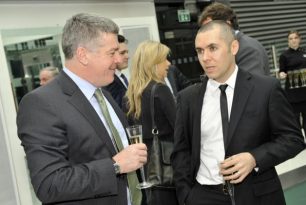 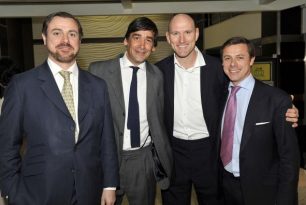 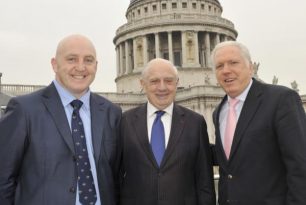 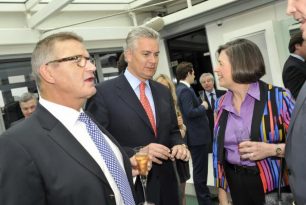 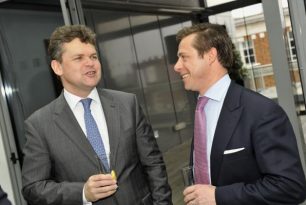 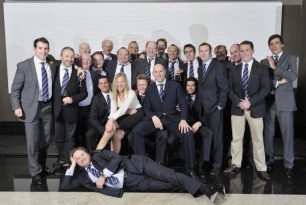 We are delighted to report that the IFGB's Rugby Lunch 2012 raised over £120,000, for
elderly and vulnerable Irish people living in the UK.  Thanks to the
generosity of our supporters and the hard work done of the Rugby Lunch
committee in particular the Chairman of the Committee Rory Godson.

The event was held at the Grange Hotel, overlooking the spectacular St Paul's cathedral and the day started with a Laurent Perrier sponsored
Champagne and Guinness reception accompanied by traditional Irish music
from Pat Kirk and his band.  This was followed by a delicious four
course lunch in the Ballroom, where guests were welcomed by IFGB
Executive Director, Sheila Bailey, Sheila used her speech to pay tribute
to IFGB Patron Peter Sutherland KCMG and world wide Ireland Fund Chairman Sir Tony O'Reilly.

The after dinner speakers were ex Irish international Keith Wood and ex England international Lawrence Dallaligo,
who gave entertaining accounts of their time as players and also
praised the work of the Ireland Fund.  The live auction was perfectly
conducted by another former Irish international player – Fergus Slattery,
the lots included – 2 tickets to the Ireland England match – taking
place on St Patrick's Day, lunch for three with celebrated Irish
designer – Paul Costello, golf package at the K Club and a VIP trip to
the Racing Post Trophy at Doncaster with legendary tipster Tom Segal. 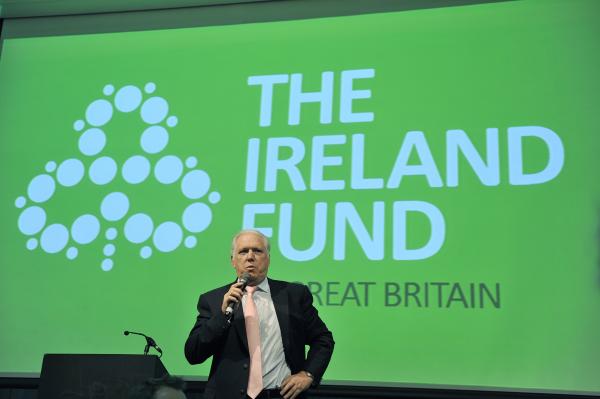 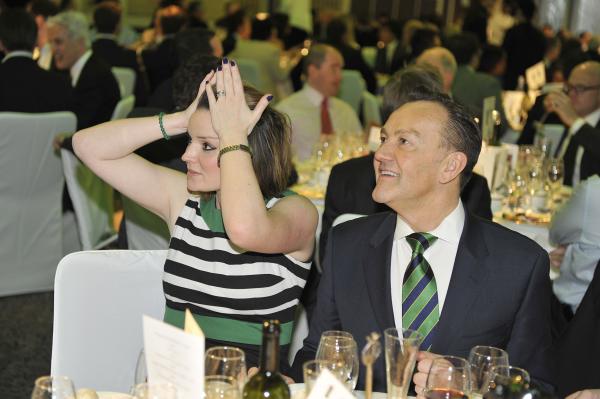 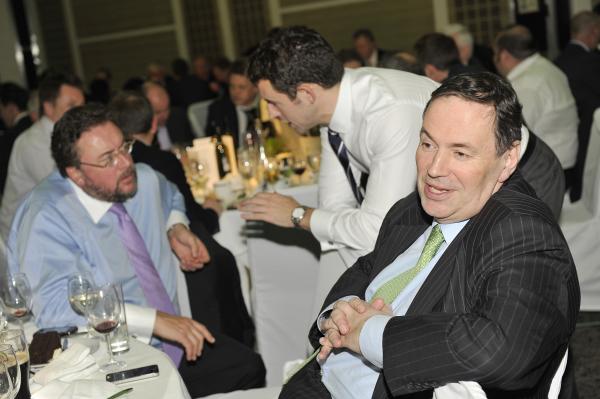 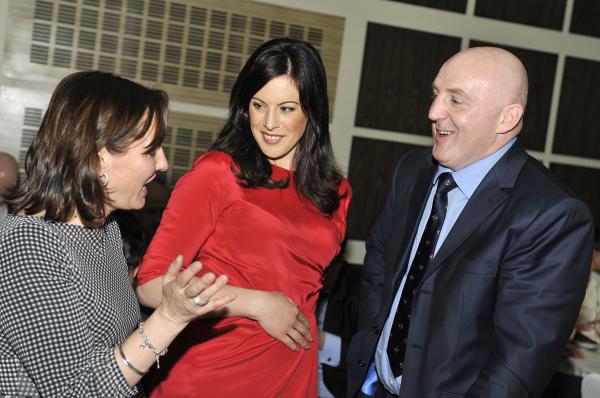 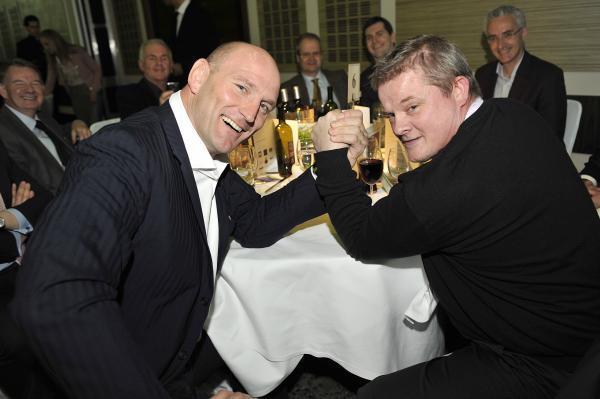 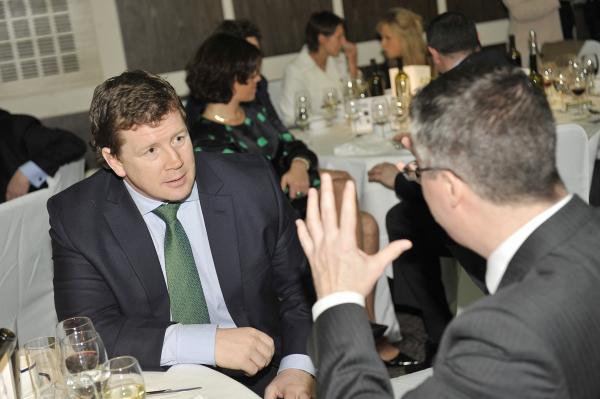 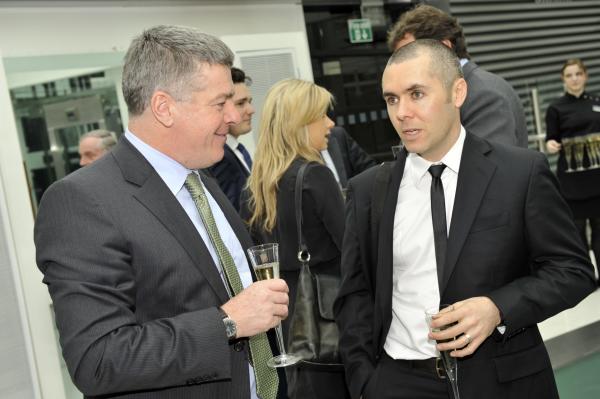 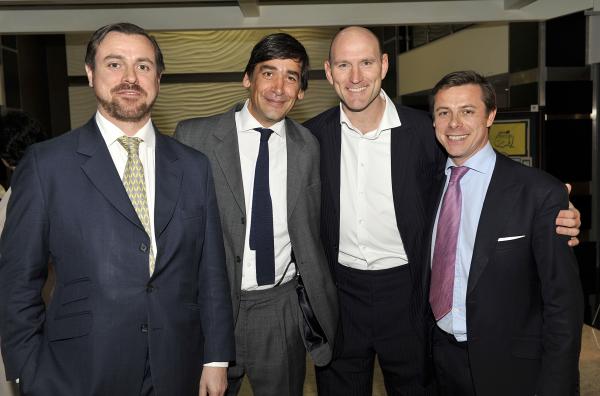 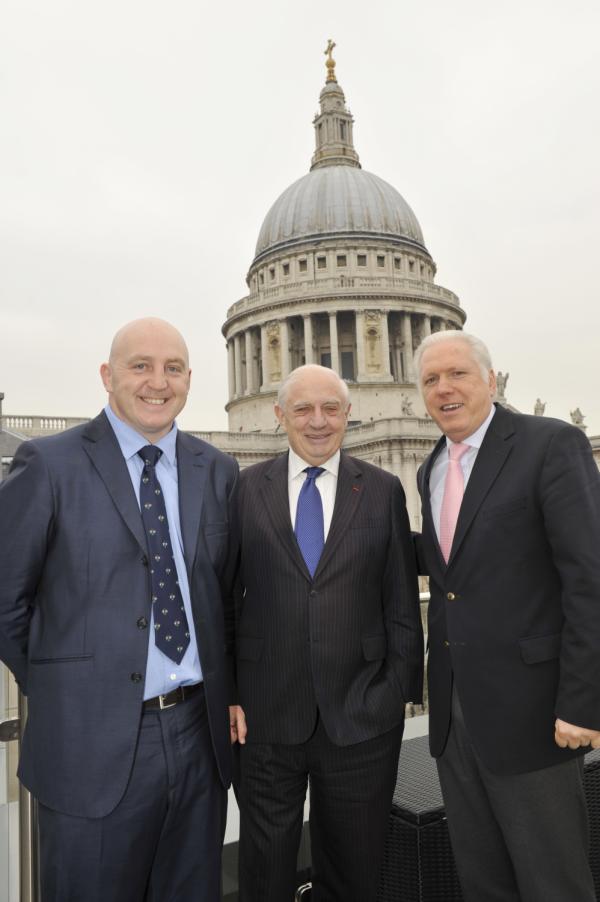 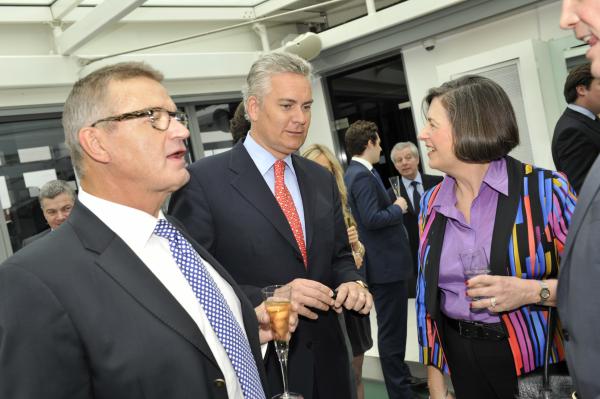 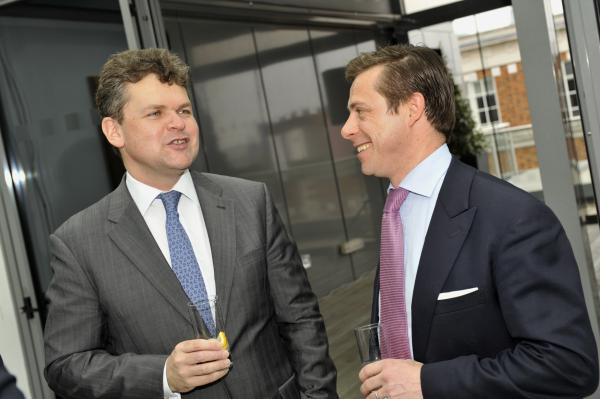 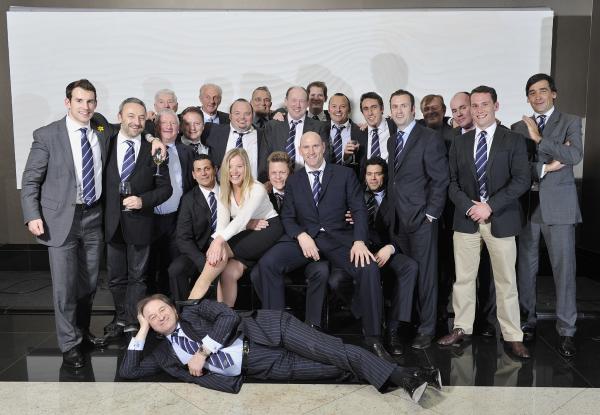 Kick off St Patrick’s weekend in style and join Keith Wood, Fergus Slattery and a host of past and present Irish and English rugby stars for the 4th annual Ireland Fund of GB Rugby Lunch.  The Rugby Lunch takes place on Friday 16th March at 2pm (eve of the Ireland v England match in Twickenham) in the Grange Hotel, St Pauls in the heart of London City.

Proceeds from the event will assist the projects supported by the Ireland Fund who work tirelessly for the Irish in need in the UK.

The Ireland Fund of Great Britain raises funds to support the vulnerable and elderly Irish in Britain. Registered Charity Number 327889.