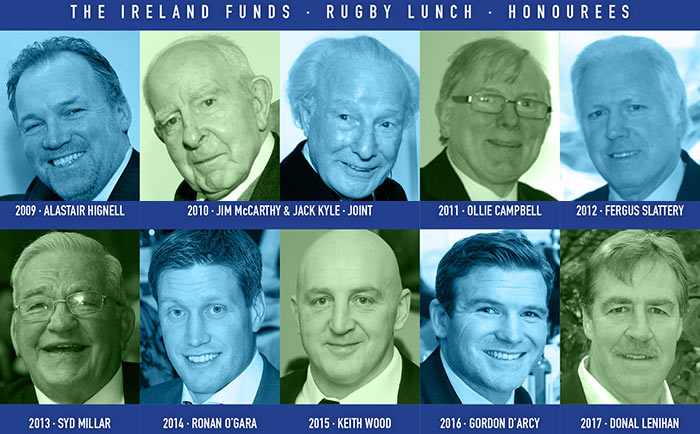 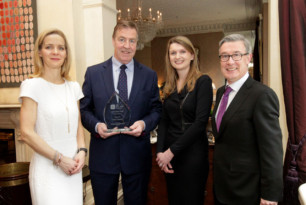 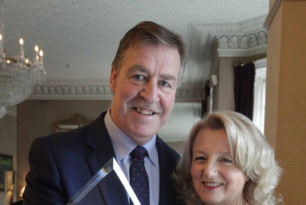 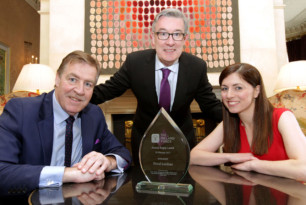 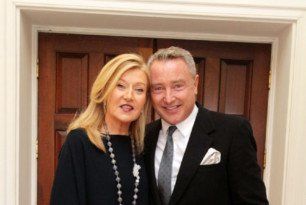 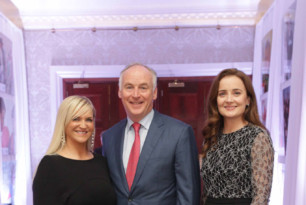 Worldwide President and CEO of The Ireland Funds, Kieran McLoughlin welcomed guests, gave an update on The Ireland Funds’ activities over the past 12 months and thanked them for their great philanthropic support.

RTE Broadcaster Joanne Cantwell, emceed the event and conducted an interview with the honouree Donal Lenihan who was a player, manager and now pundit. Donal gave fascinating insight into his time in the Irish jersey both on and off the pitch!

Special thanks to all our lunch sponsors Land Rover Ireland, AIB and Eversheds-Sutherland and guests for their wonderful support. 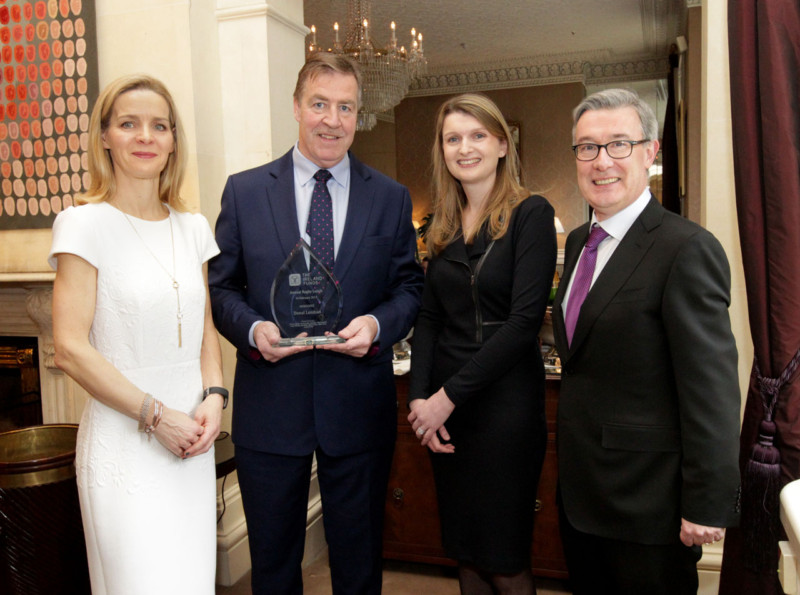 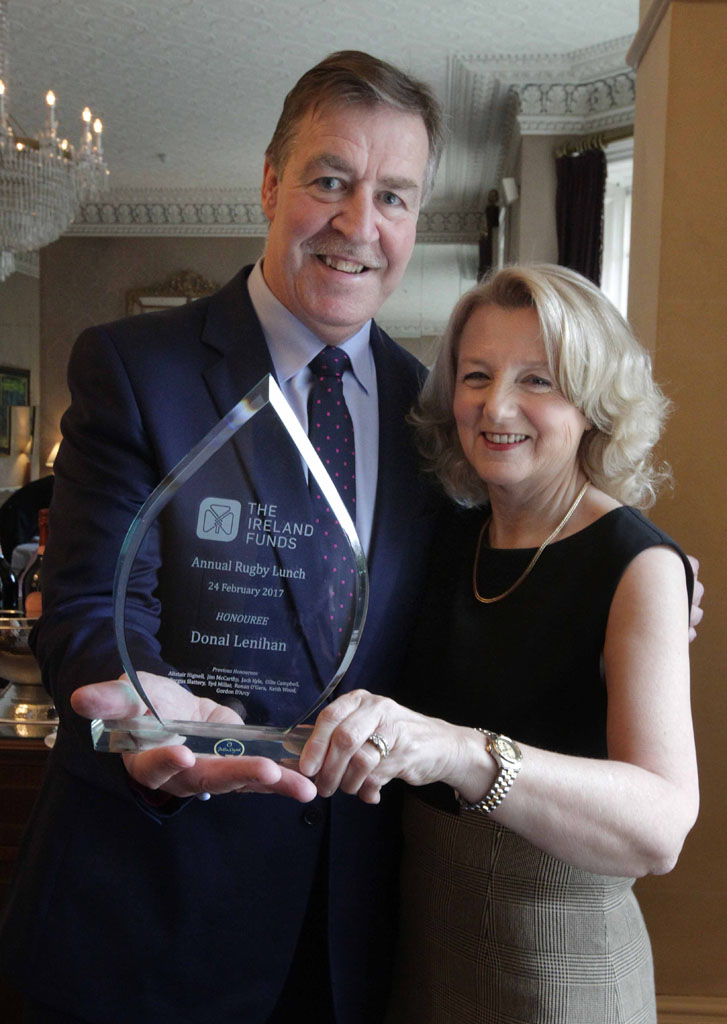 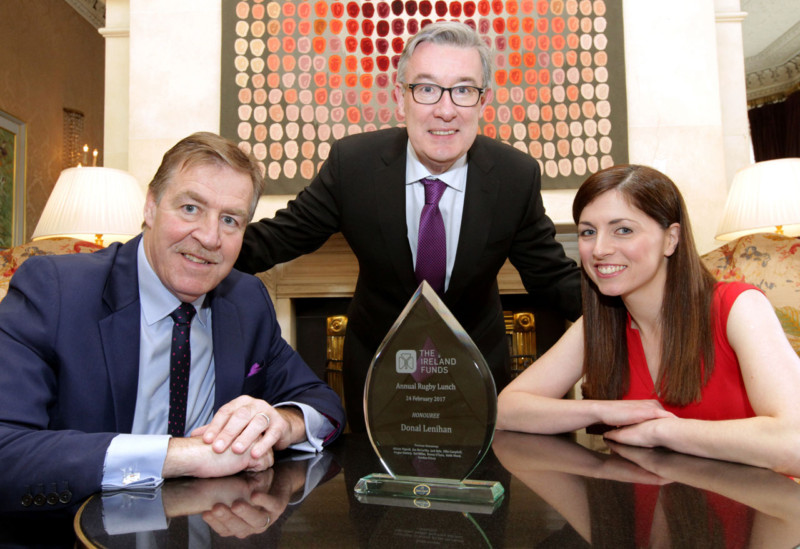 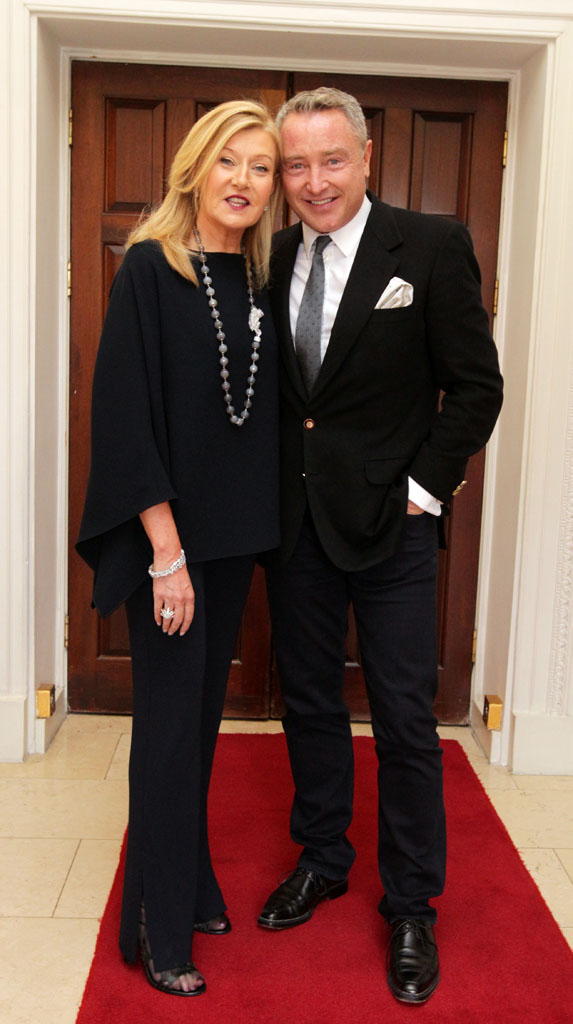 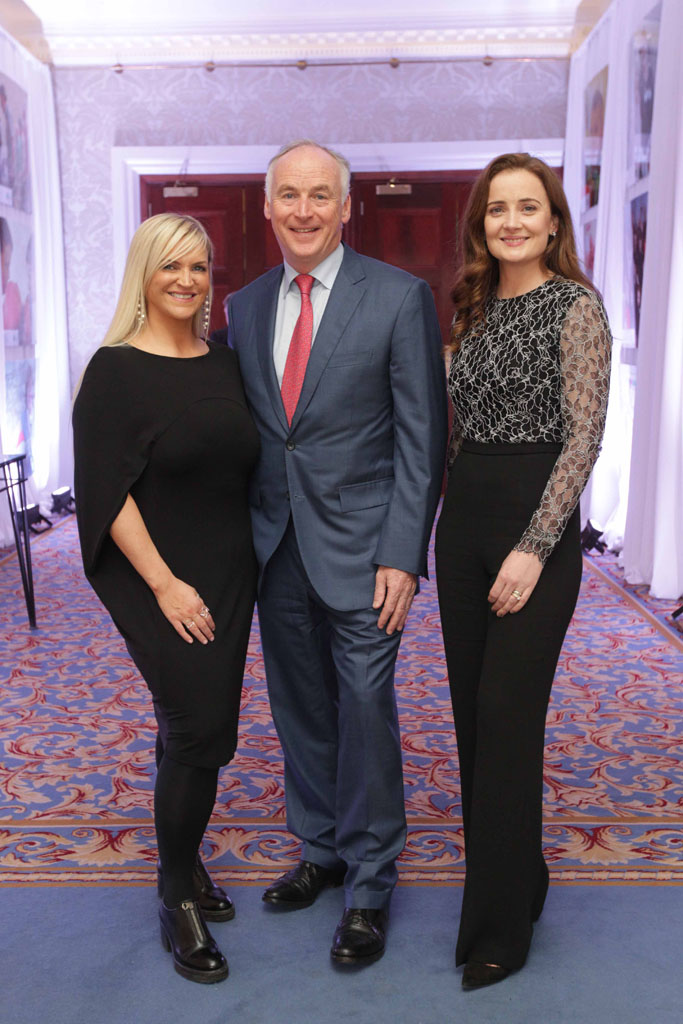