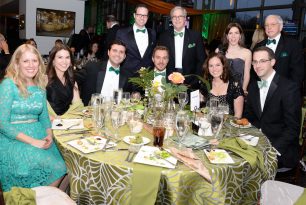 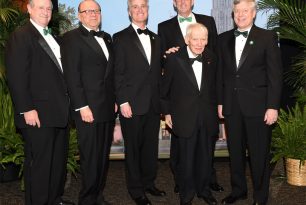 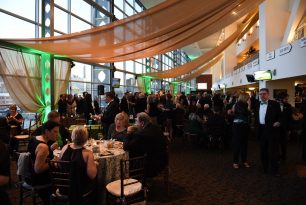 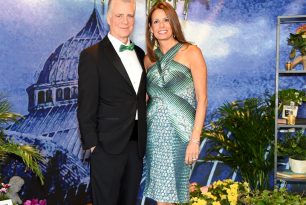 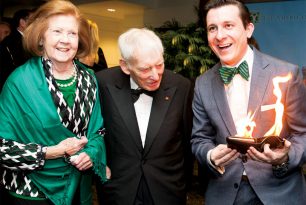 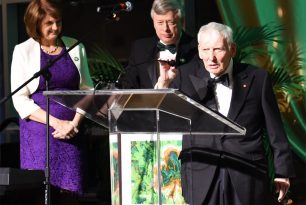 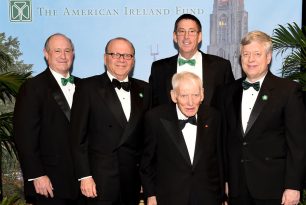 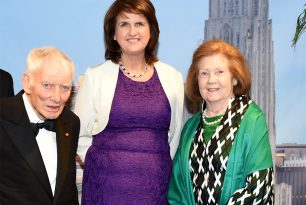 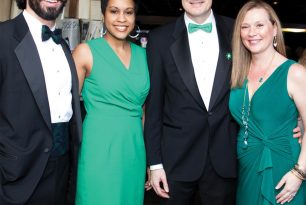 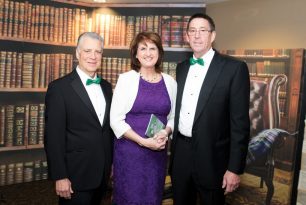 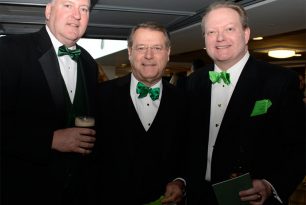 The St. Patrick’s Day celebration was in full effect with the normal black and gold at Heinz Field replaced with plenty of green at The American Ireland Fund Pittsburgh Gala.

With University of Pittsburgh Chancellor Emeritus Mark Nordenberg and Carnegie Mellon University President Emeritus Jared Cohon as the evening’s honorees, the East Club Lounge was transformed into a college campus highlighting both institutions.

But there was a wee bit of Irish mixed in as well. Pittsburgh-based Irish band Red Hand Paddy entertained guests, while Irish Dancers stepped their way into the hearts of all attendees and a Gaelic Name Artist provided guests a souvenir.

Steelers Chairman Dan Rooney Sr., along with Pittsburgh businessman Anthony J.F. O’Reilly, created The Ireland Fund, which later merged with the American Irish Foundation (AIF) to create The American Ireland Fund, the leading charitable organization benefiting Ireland. Rooney has been a driving force in the success the AIF has seen over the years, helping with The American Ireland Fund’s mission of promoting programs of peace and reconciliation, arts and culture, education and community development throughout Ireland.

“Ireland is doing very well,” said Rooney. “People now recognize that it’s better as far as bringing peace. Some of the young people still can’t find jobs, and that can create problems. We are not finished with the peace. Now peace and education are the two areas we really focus on.”

The evening was one of many gatherings around the globe hosted by The Worldwide Ireland Funds in support of their work benefiting the entire island of Ireland. 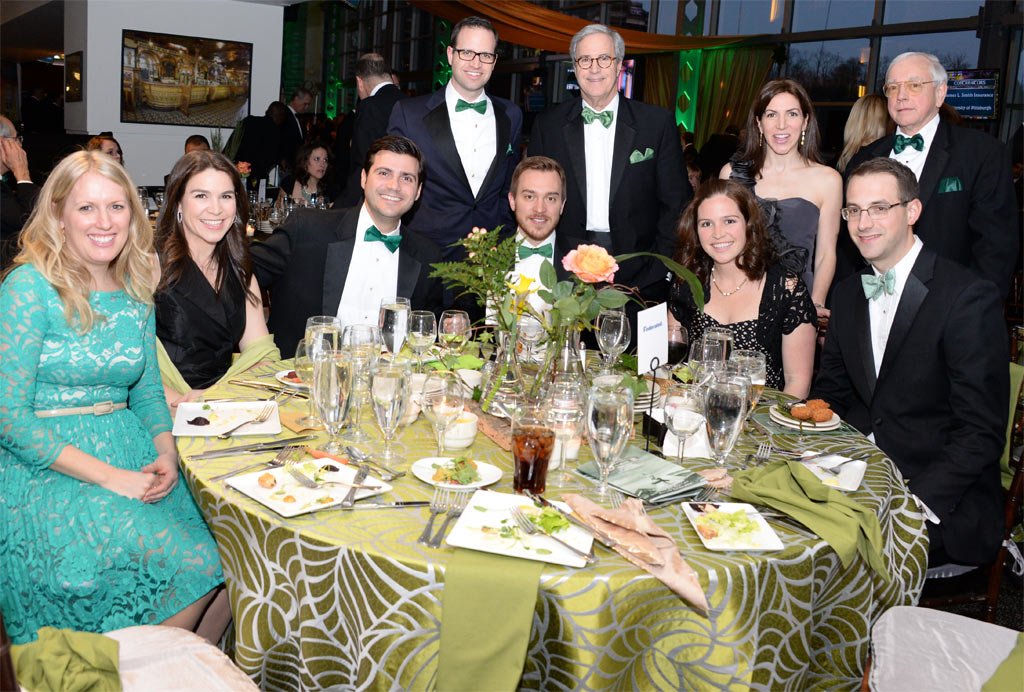 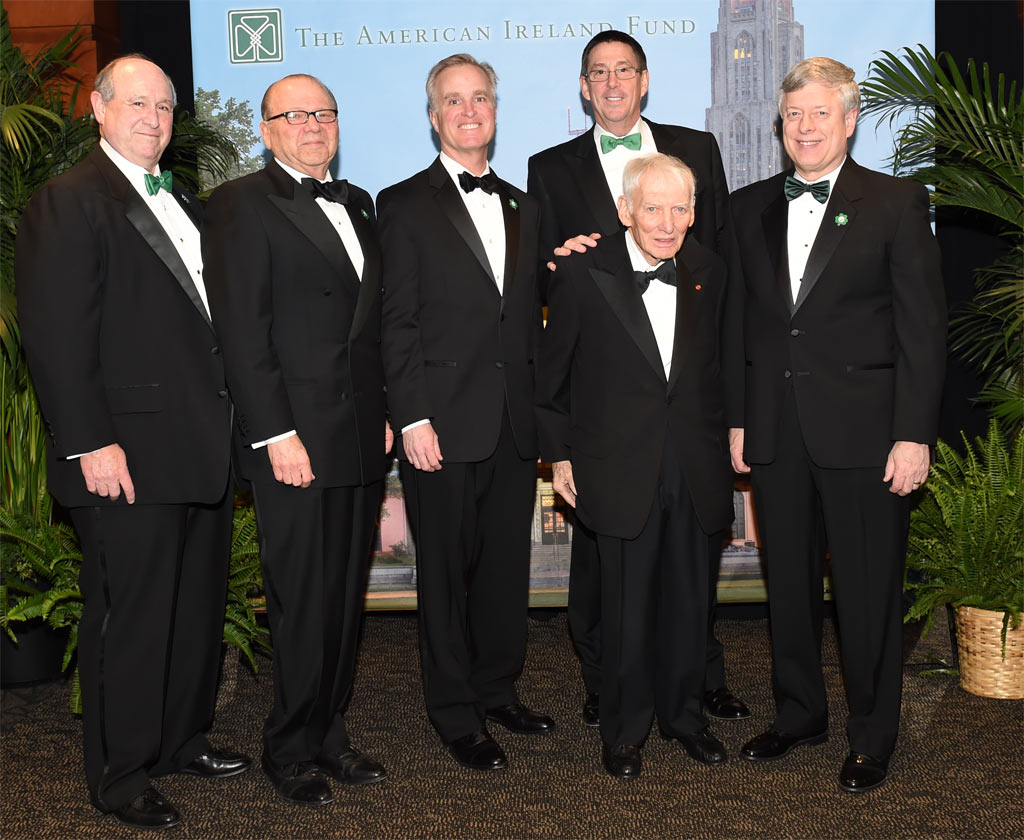 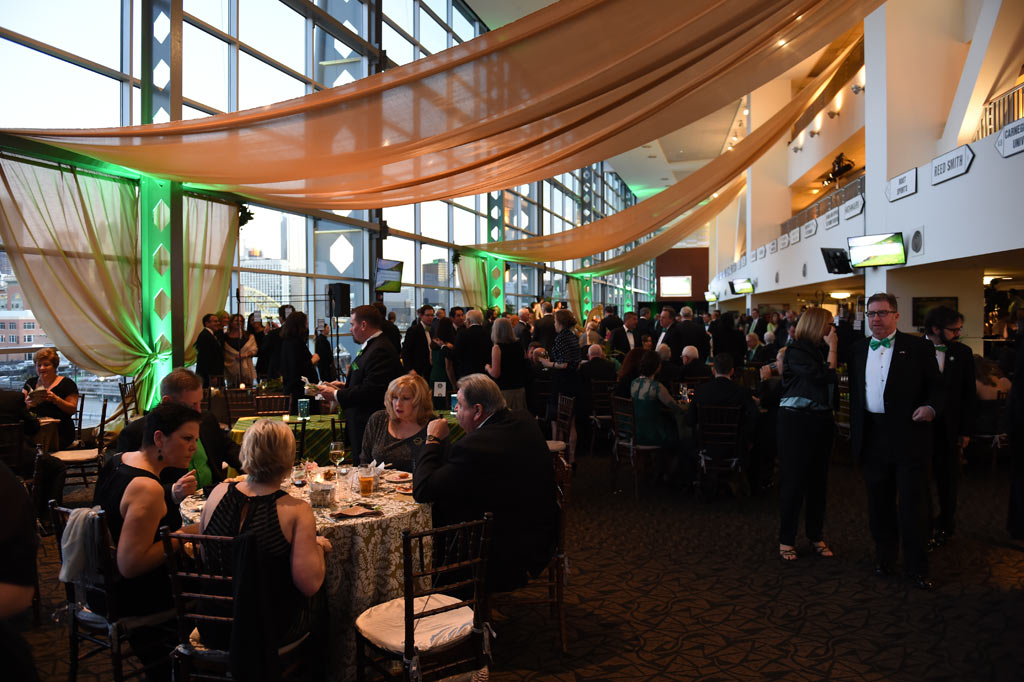 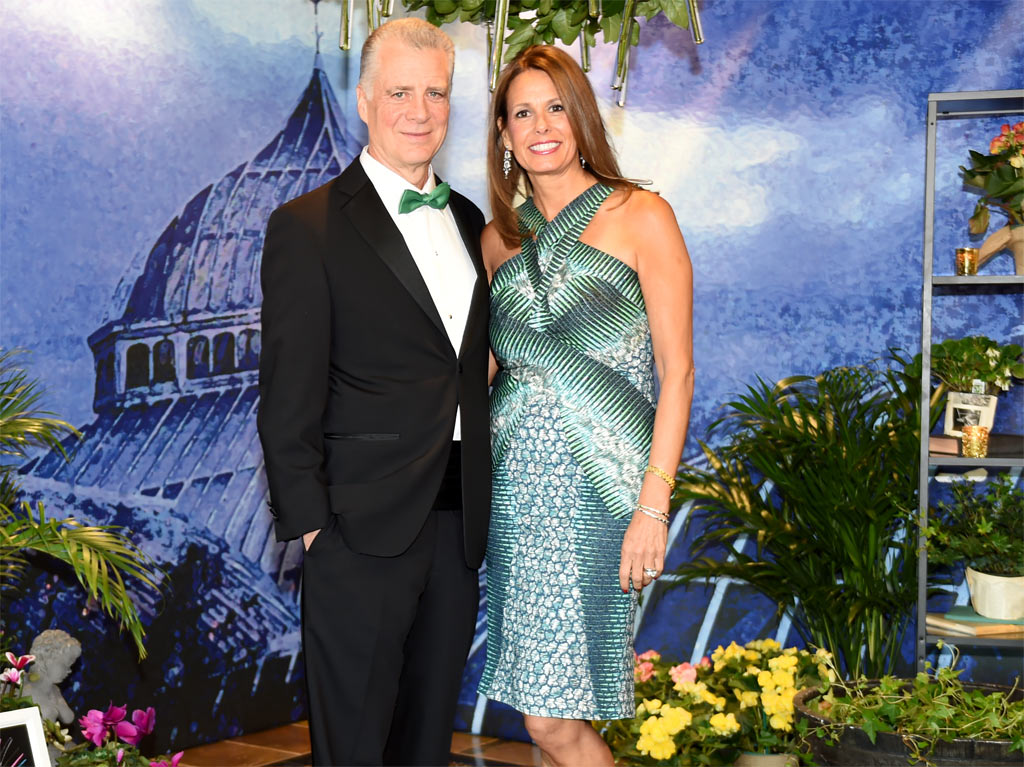 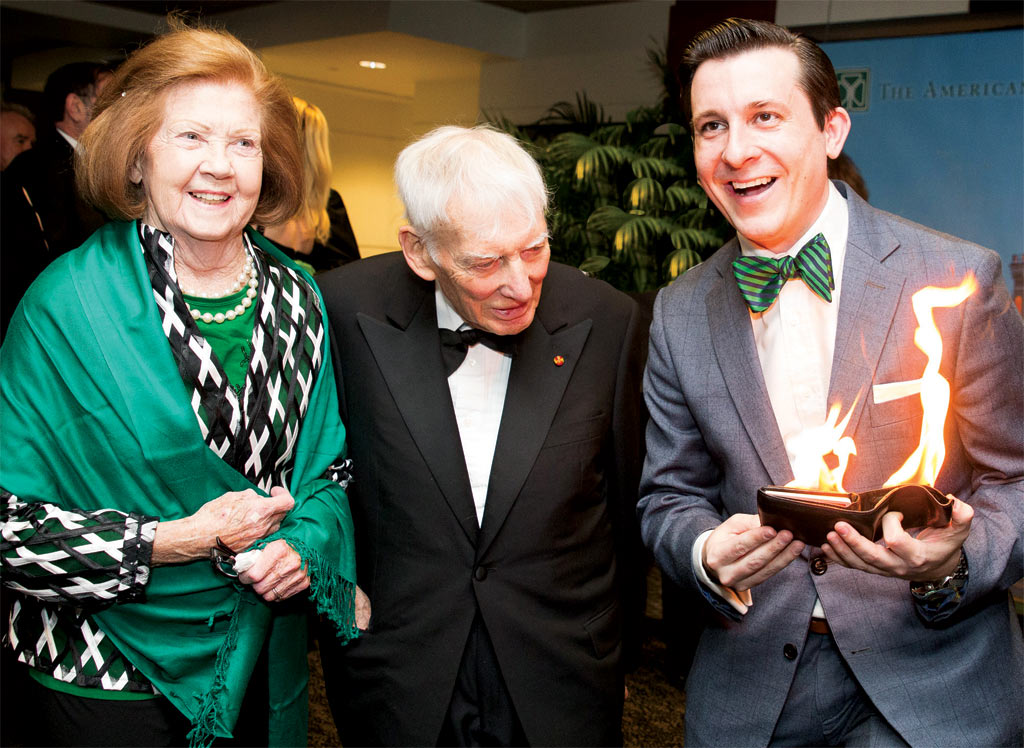 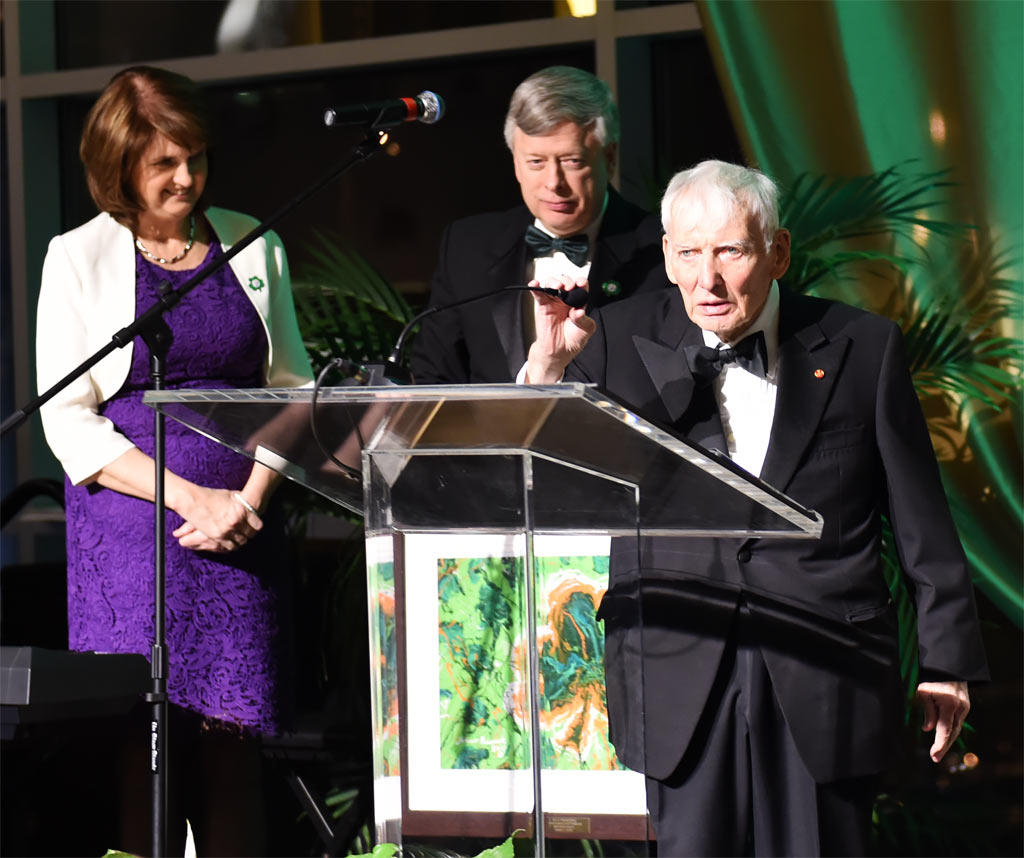 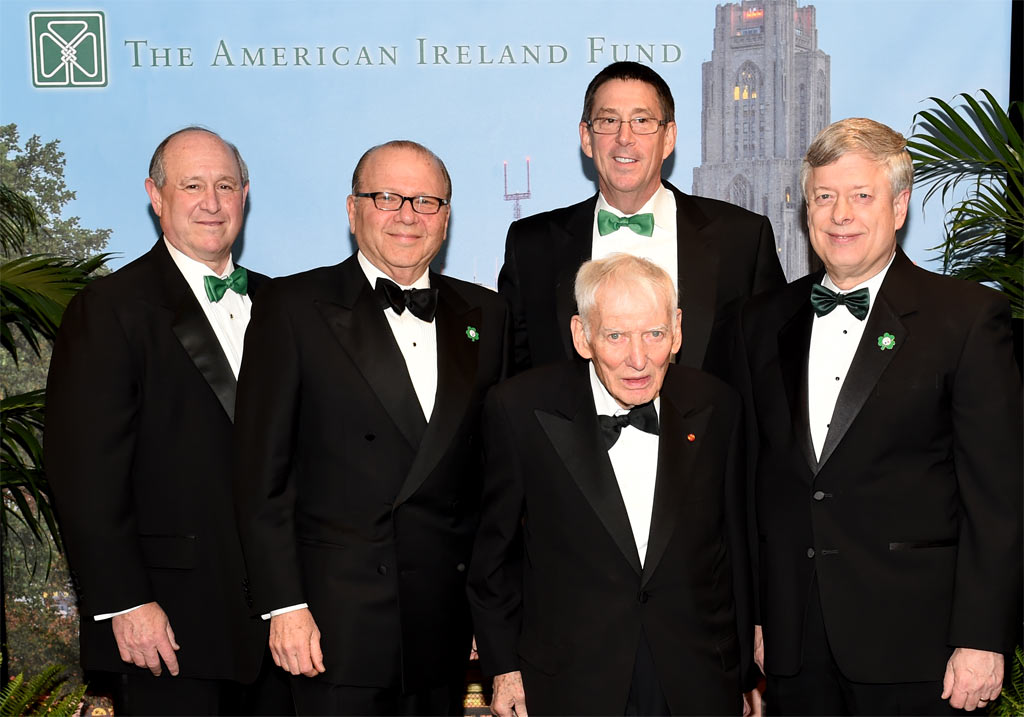 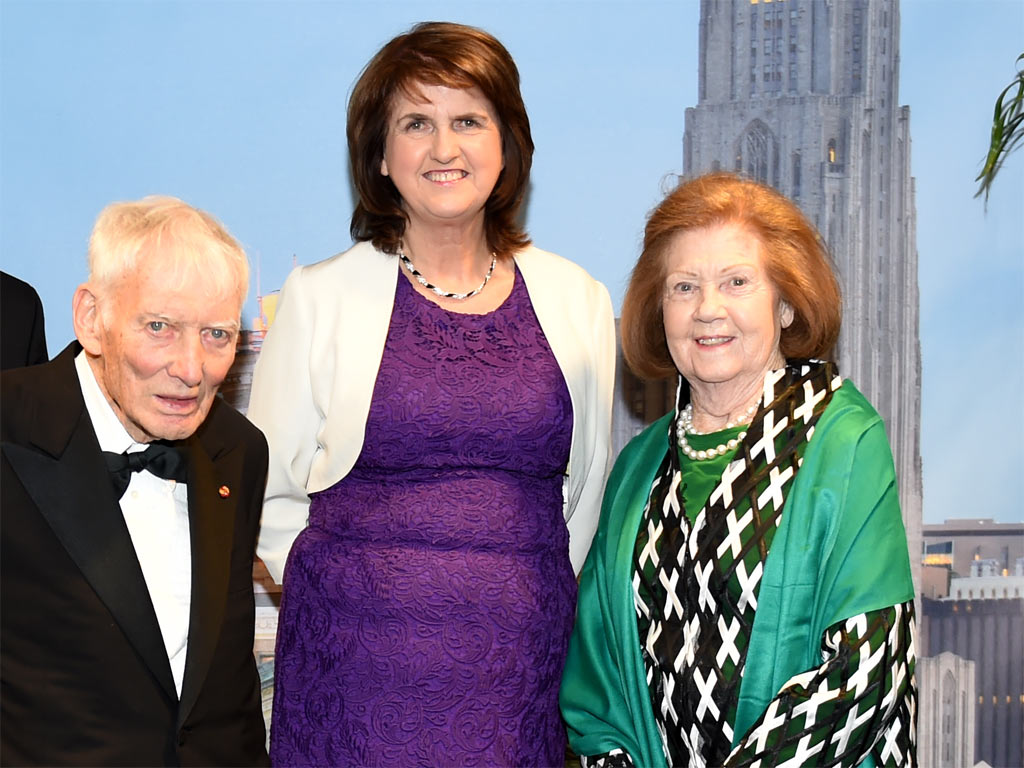 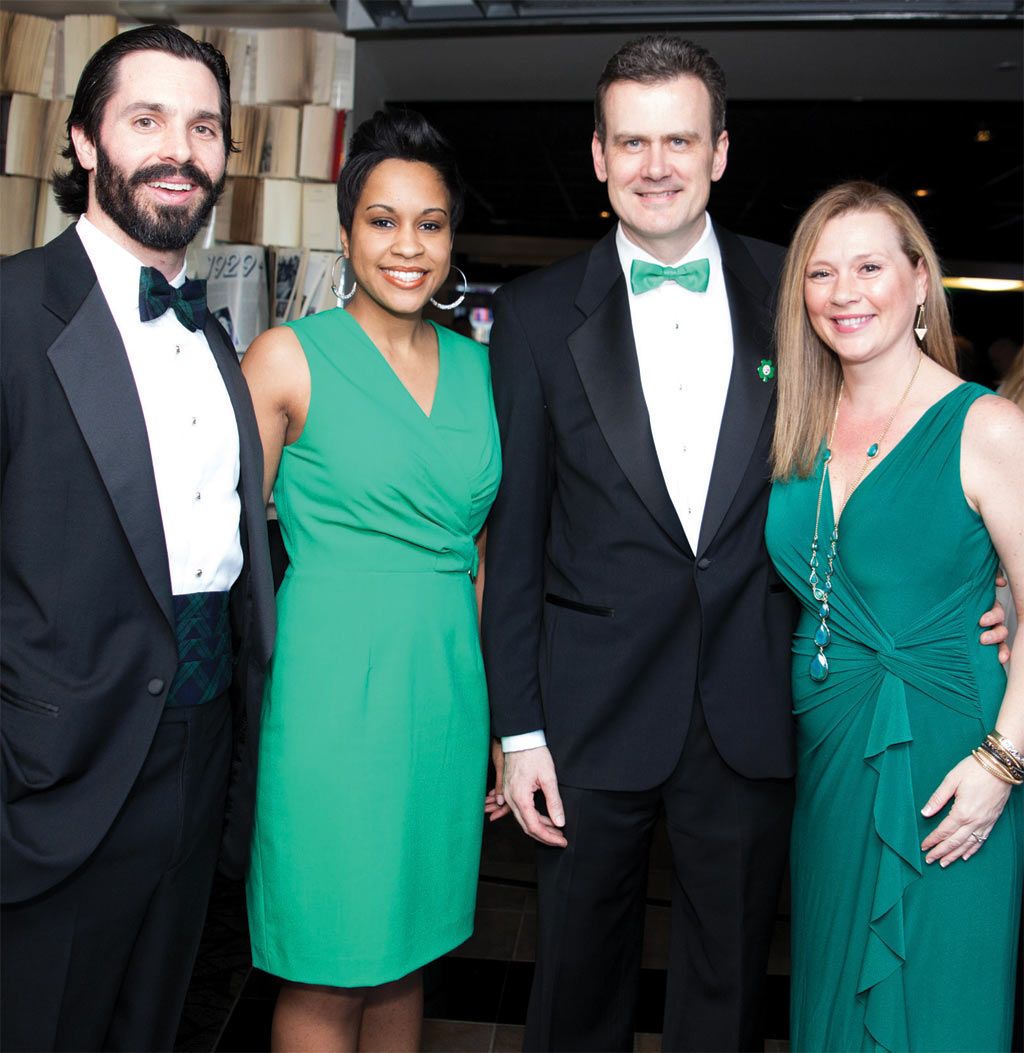 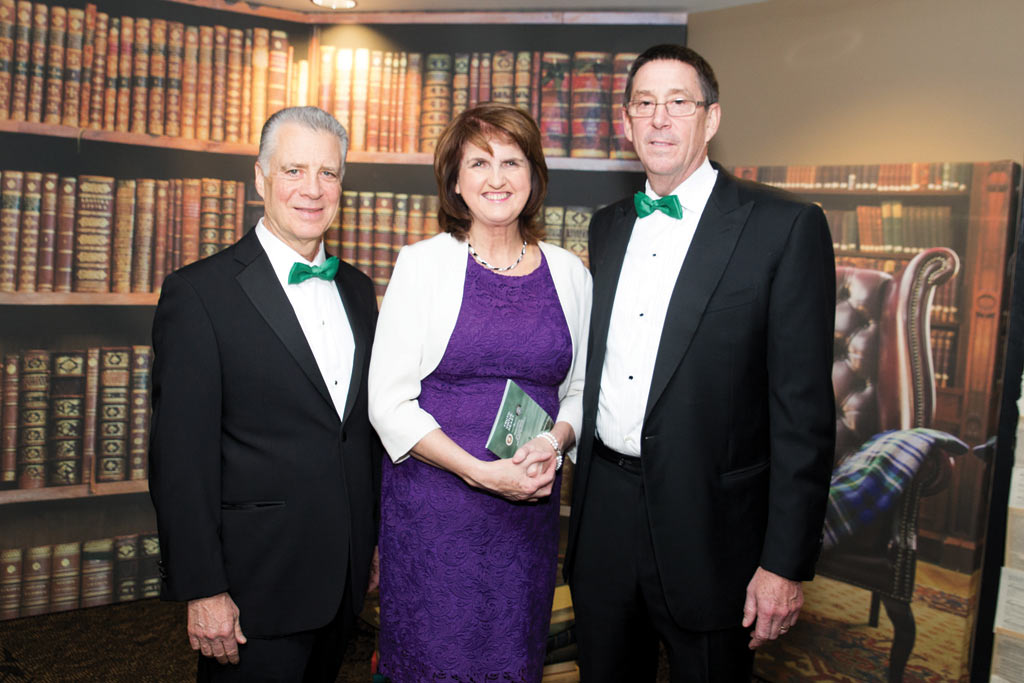 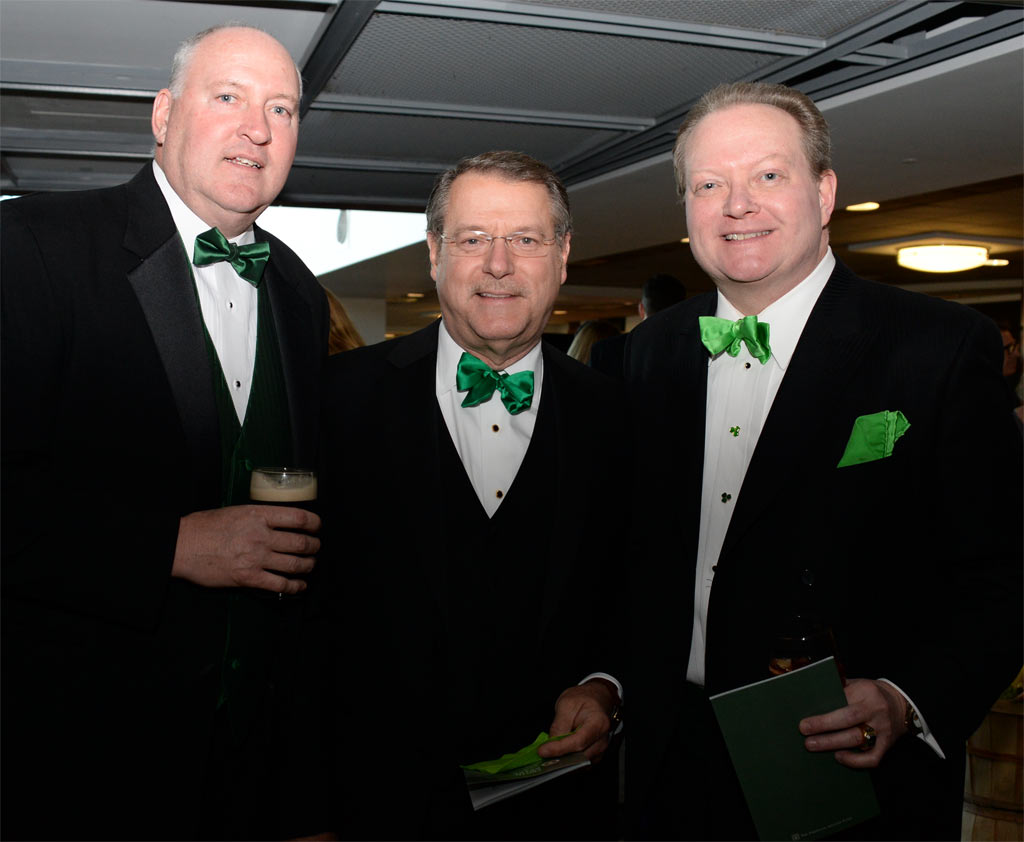