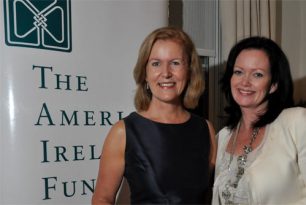 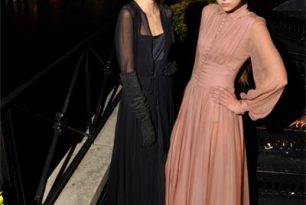 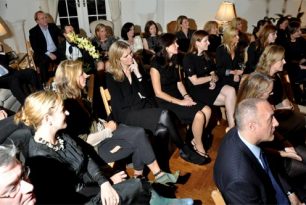 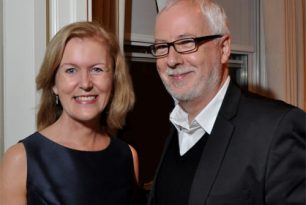 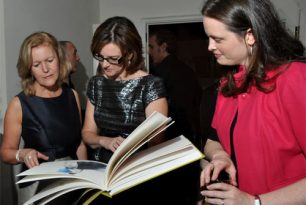 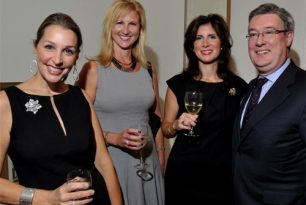 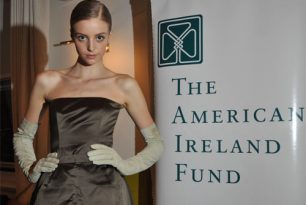 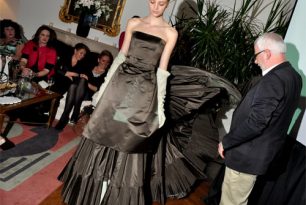 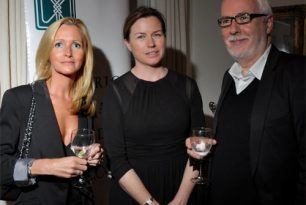 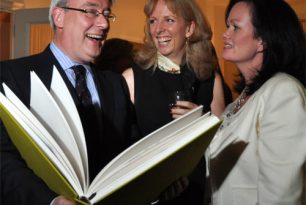 The American Ireland Fund Women’s Group convened in the residence of Ireland’s Permanent Representative to the United Nations, HE Anne Anderson, for an evening with renowned Irish designer, Peter O’Brien.

Ambassador Anderson introduced Peter, complimenting not only the amazing work he has accomplished but also the passion with which he works. The Ambassador commended Peter’s spirit and how well it represents the great Irish creativity that exists.  She spoke about how this creativity, and the industries it spawned, were crucial to restoring Ireland’s economic strength.

Peter has been working in fashion for more than 30 years and guests were delighted to see his designs come to life as models displayed some of his most elaborate gowns at the event. Some of the pieces shown had been made with more than 30 meters of fabric and thousands and thousands worth of beading. The sheer weight of some of the gowns was formidable.

Peter spoke of his experience growing up in Ireland and how difficult it was at times for him to express his creativity.  Peter’s personal quest highlighted the importance of the work of the Fund and the platform it provides for educational and creative programs for young people in Ireland.

Peter, along with Clodagh Hannon, proprietor of the Tramyard Gallery in Dublin,  has created a workbook of his sketches over the years and the event served as a launch of this amazing book here in the States 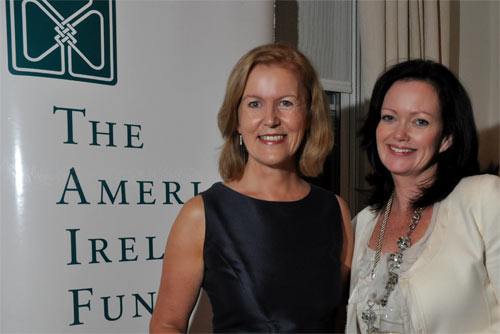 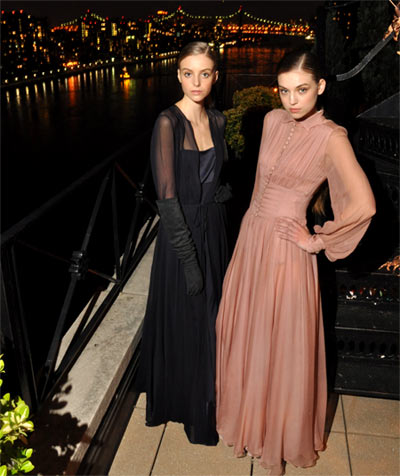 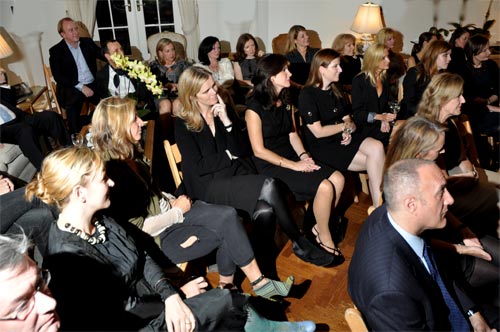 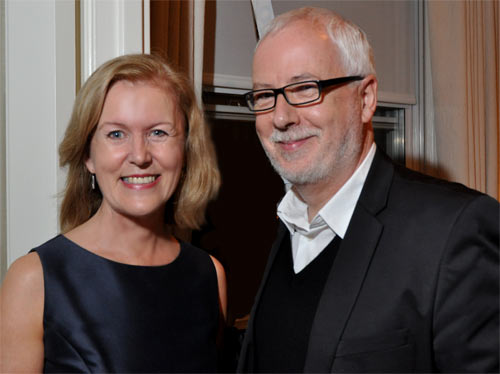 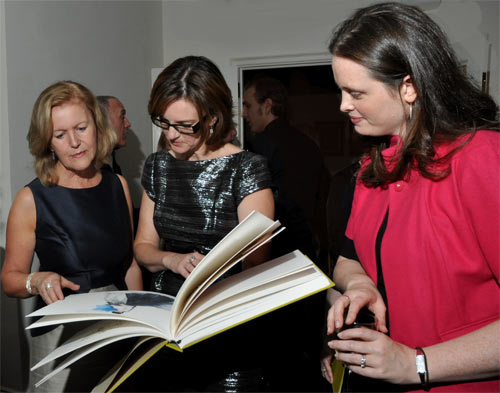 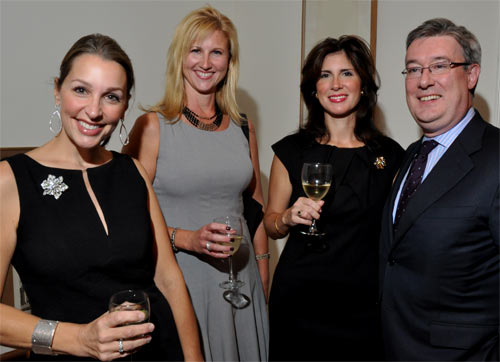 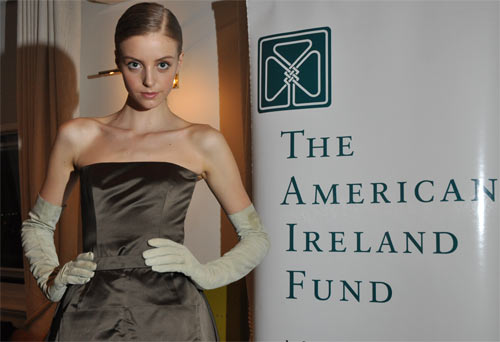 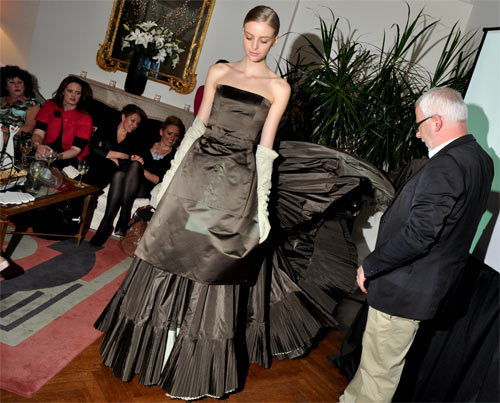 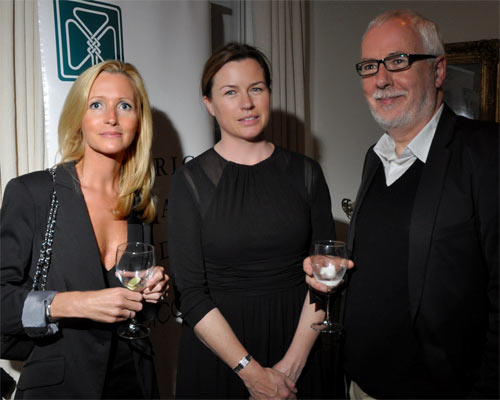 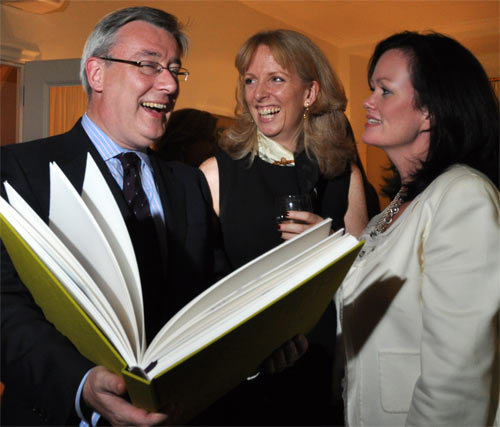