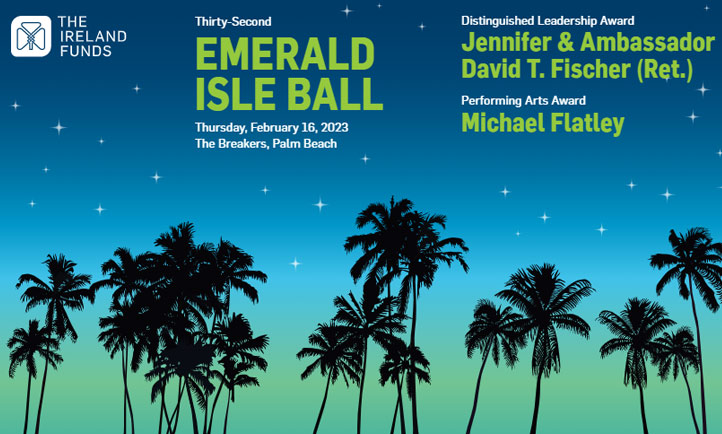 The Ireland Funds
cordially invites you to
the thirty-second 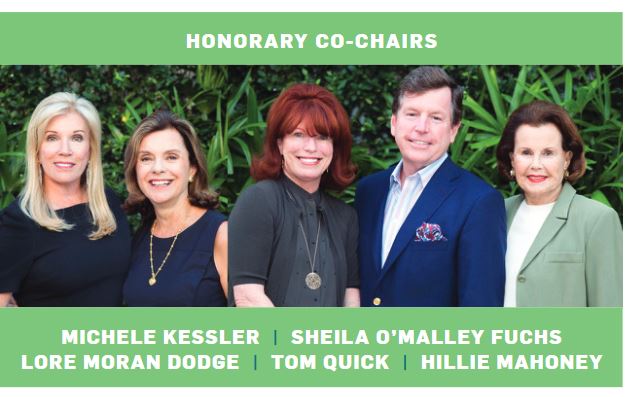 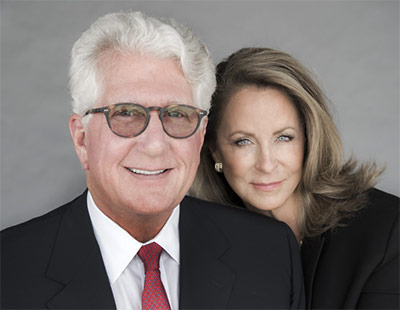 Ambassador David T. Fischer (Ret.) served as the United States Ambassador to the Kingdom of Morocco through January 2021. During his tenure, the Ambassador was instrumental in putting forth a number of key accomplishments, including a new monumental peace accord between Morocco and Israel. As part of this accord, the U.S. recognized the Sovereignty of the Kingdom of Morocco over the Western Sahara, and Ambassador Fischer became the first U.S. Ambassador to travel to the Western Sahara in seventy years. For his efforts, Ambassador Fischer was awarded the National Security Medal and was presented the Wissam Alaouite of the Order of Commander by His Majesty King Mohammed VI. Ambassador Fischer also serves on the Abraham Accords Peace Institute Advisory Board. Prior to his tenure as Ambassador, he owned The Suburban Collection, one of the largest automotive dealership groups in the United States, with over fifty facilities across Southeast Michigan, Florida, and Southern California. Upon his return, David stepped back into his role as Chairman of The Suburban Collection Holdings, a privately held conglomerate consisting of nation-wide accessories and parts distribution, and logistics and fleet management throughout North America. They are also a Tier 1 Supplier to many of the world’s largest automakers. Ambassador Fischer’s philanthropic efforts have impacted countless social, welfare, civic, community, and foundational organizations throughout the region. Most recently, Ambassador Fischer was the recipient of the Ellis Island Medal of Honor and Lighthouse Guild’s Visionary Award.

Jennifer Fischer is a former advertising, public relations, event and entertainment agency owner; where she worked with clients in the consumer, business to business and entertainment fields. Her Broadway producing credits include Tony award winning Moulin Rouge and Tony nominated Carousel, Pretty Woman, King Kong and Tootsie. Jennifer is also a recipient of the Ellis Island Medals of Honor and Lighthouse Guild’s Visionary Award. She serves on the Board of Trustees of the Kennedy Center and its Executive Committee and is a Trustee of the National Symphony. She and David are members of the International Committee on the Arts, and they co-chaired the National Symphony Gala at the Kennedy Center. Jennifer has been a community activist for over 40 years, serving on non-profit boards and bringing her support and business experience to the fields of arts, medical research, education, hunger and homeless. In Morocco, she served as President of the American International Women’s Association, and then as head of the diplomatic corp. In Palm Beach, she serves as a Trustee of the Preservation Foundation, Co-Chairman of the Preservation Gala, Vice-Chairman of the Boys & Girls Club Gala, and member of The Chairman’s Council of the Society of Four Arts; and has supported numerous local charities and benefits over the last 20 years. 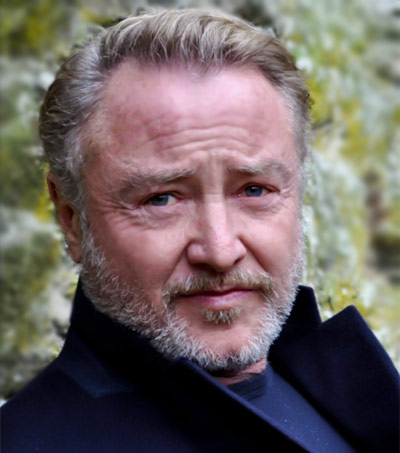 In 1994, Michael Flatley changed the face of Irish dance forever with his creation of Riverdance. Michael’s name and his current Lord of the Dance brand have become synonymous with spectacular artistry and grand scale productions that have mesmerized audiences around the globe. He has created, directed and produced several other successful shows including Feet of Flames, Celtic Tiger and Lord of the Dance Dangerous Games. His shows have broken box office records all over the world. In 1998, Lord of the Dance set a record-breaking run of 21 consecutive shows at London’s legendary Wembley Arena. It is a record that still stands to this day. A cast of his famous feet was officially unveiled at the arena’s iconic Square of Fame in 2015. He has been recognized by many establishments and received countless awards for his contribution to the entertainment industry and the promotion and enrichment of Ireland, Irish dance and music. These include the prestigious Ellis Island Medal of Honor, Irish America Magazine’s Lifetime Achievement Award and a National Heritage Fellowship. He received an honorary Doctorate from University College Dublin and the University of Limerick and was inducted into the Irish America Hall of Fame to name a few. For over two decades, his personal support of many causes and in collaboration with the Ireland Funds, he has aided and encouraged countless people to embrace his motto “nothing is impossible…follow your dreams”. Michael is also a master Irish flautist and has performed around the world as a soloist and as part of his stage shows with his band. After retiring from live performances, Michael focused his creative talents on his art. He donated one of his pieces “The Walking Dead” to the people of Ireland, which now hangs in the offices of Leinster House, in Dublin. 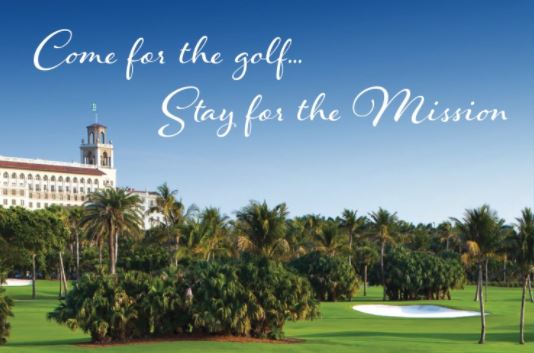 Cordially invite you to

• Ticket for one to the Gala

For information about the golf tournament or to reserve a spot contact events@carlacapone.com

I’d like to make a contribution to the work of The Ireland Funds. 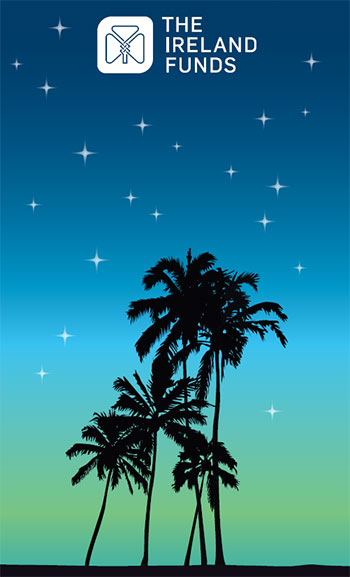 THE IRELAND FUNDS is a global philanthropic network established in 1976 to promote and support peace, culture, education and community development throughout the island of Ireland, and Irish-related causes around the world. With chapters in 12 countries, The Ireland Funds has raised over $600 million for deserving causes in Ireland and beyond, benefiting more than 3,200 different organizations.