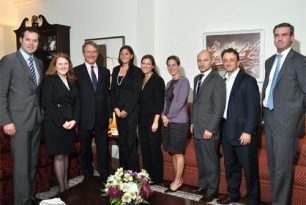 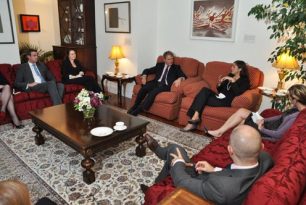 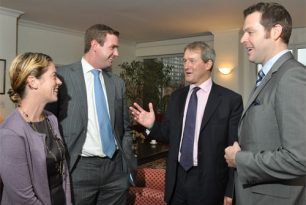 Secretary of State for Northern Ireland, Owen Patterson, MP joined the Young Leaders for an intimate breakfast meeting at the residence of the British Consul General, Sir Allan Collins.

Secretary Patterson began by updating the group on the key issues in Northern Ireland including the economy, the dissident threat, education and the devolved Government.

The Young Leaders participated in a lively conversation asking the Secretary how their work in the US could most benefit Northern Ireland.  it was  agreed that the programs to connect  young people from both sides of the community were of great importance.

The meeting was positive and productive and demonstrated the real potential and need that exists across Northern Ireland. The Young Leaders left with an even greater sense of enthusiasm for their efforts to help achieve reconciliation and prosperity in Northern Ireland. 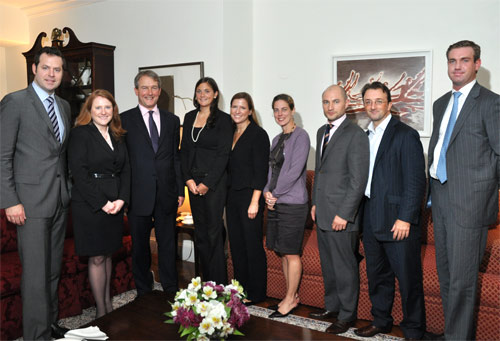 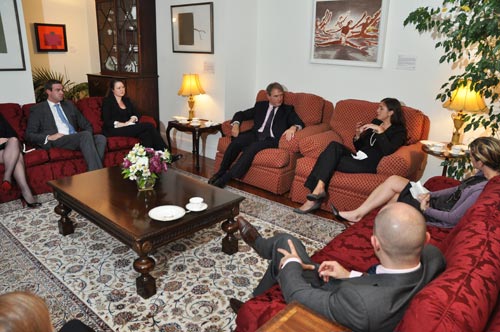 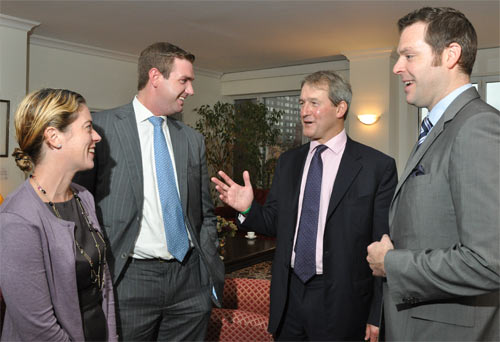