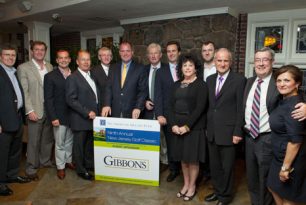 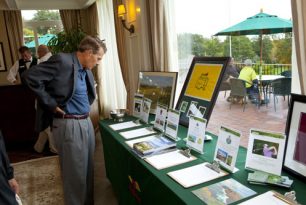 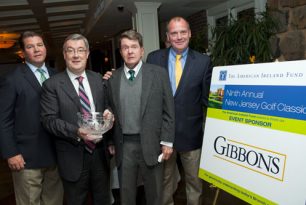 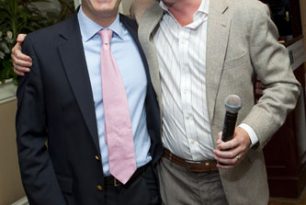 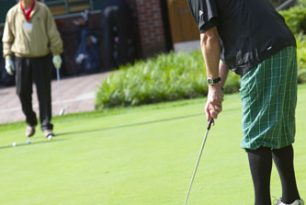 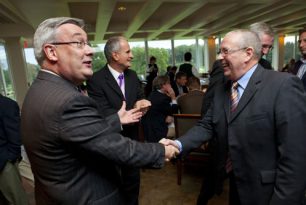 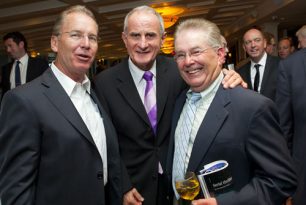 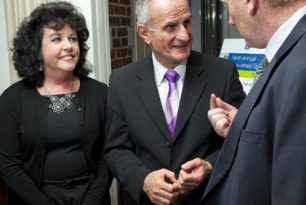 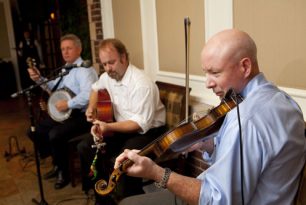 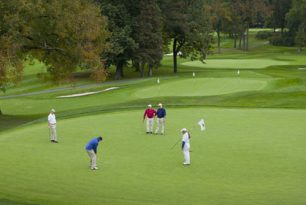 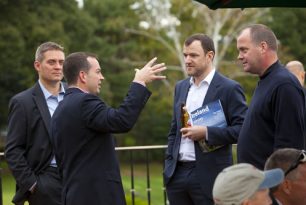 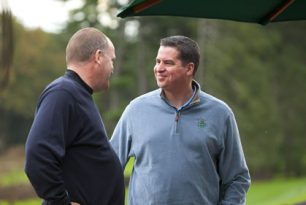 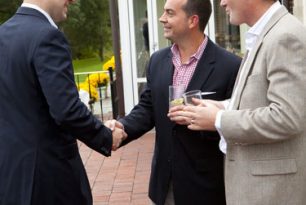 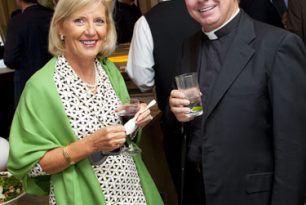 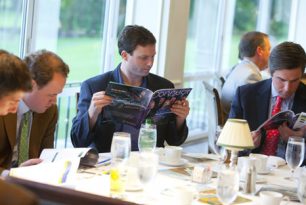 15 Enjoying brunch and the latest issue of Connect magazine

The American Ireland Fund hosted its Ninth Annual New Jersey Golf Classic on October 3rd at Baltusrol Golf Club, one of the nation’s premier golf courses and home to 16 national championships including seven US Opens and one PGA Championship.

The Fund wishes to thank the Golf Committee chaired by Thomas Ryan of ING who worked diligently to secure sponsorship for the outing.

On the night, the committee paid tribute to long time supporter John “Chuck” T. Dolan of Gibbons, PC, who has graciously hosted the outing at Baltusrol since its inception.  Gibbons P.C. was also the the Event Sponsor – thank you for this generous support.

President and CEO of The Worldwide Ireland Funds, Kieran McLoughlin and Anthony Callaghan presented him with a Waterford Crystal bowl in appreciation of his commitment to the Fund.

Thanks to the support of the following sponsors, we reached our goal and the event was a great success.

Hole in One Sponsor
Smythe Volvo

This year’s best dressed player was George Revock at Citibank.

We are grateful to everyone who supported the silent auction by donating golf at prominent courses here in the US and in Ireland and memorabilia from prominent sports figures. 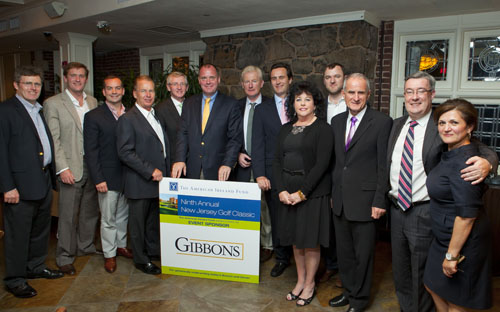 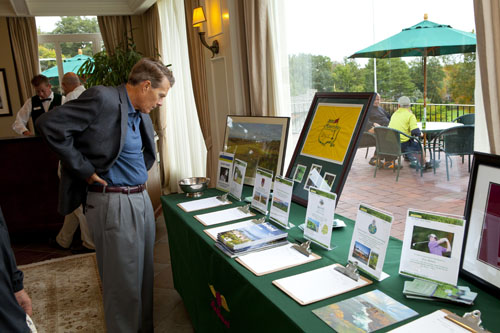 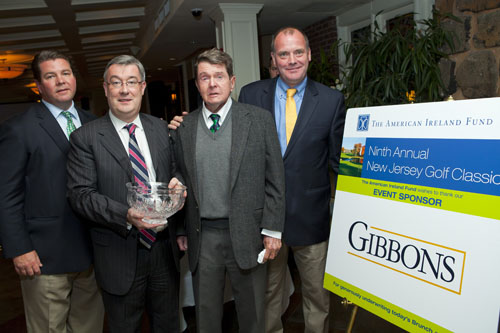 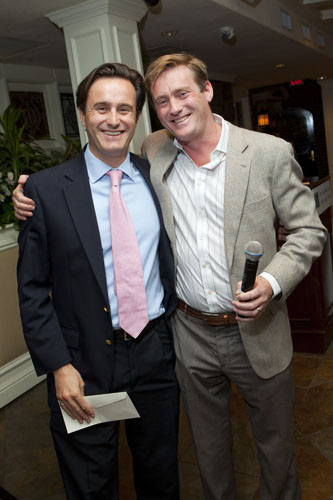 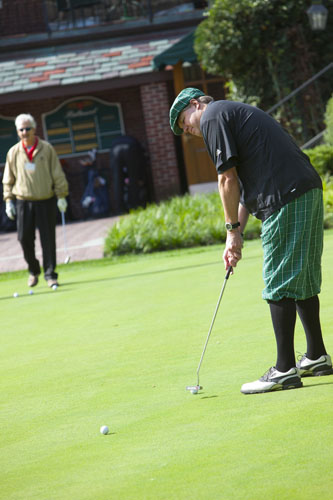 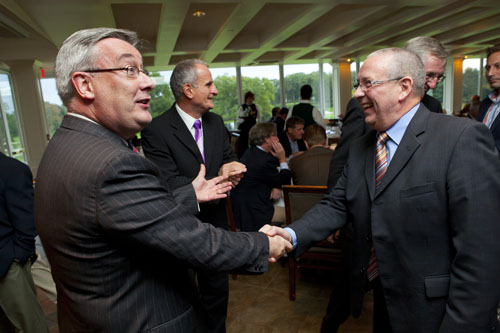 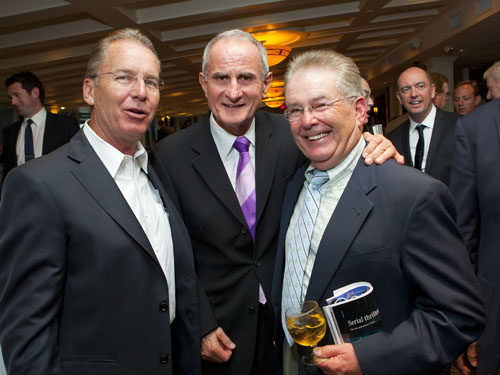 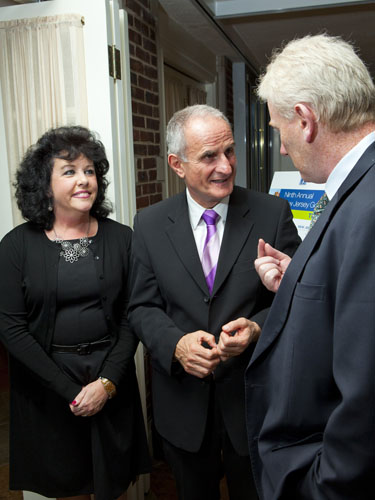 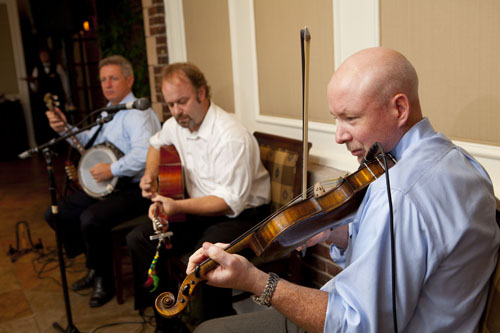 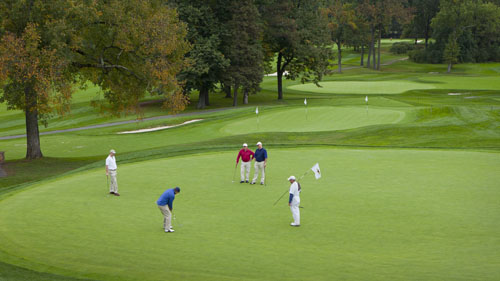 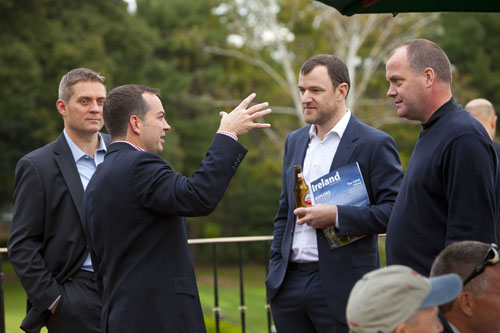 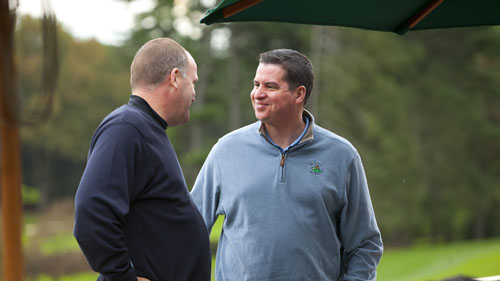 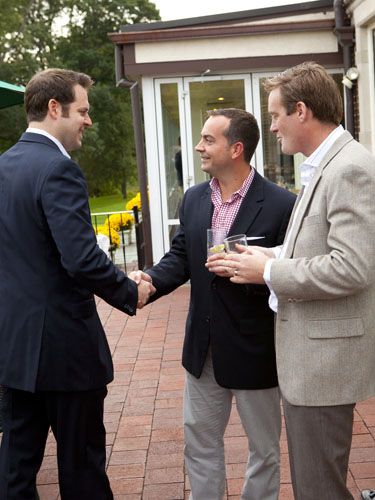 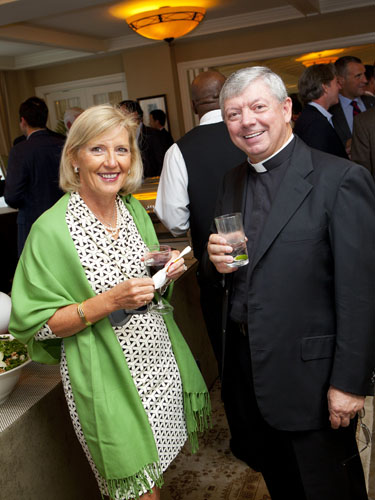 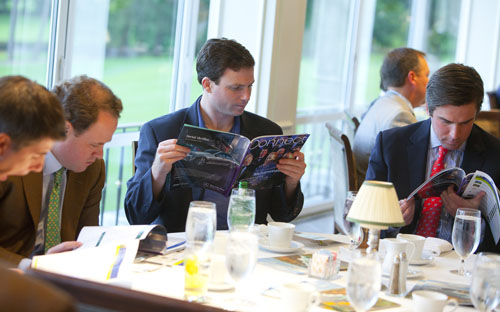 15 Enjoying brunch and the latest issue of Connect magazine

Please join us for a great day of golf on one of the nation's premier golf course which has hosted 16 national champinships including seven U.S. Opens and one PGA Championship.  We are looking forward to a great day while raising funds for a worthy cause.  Our Silent Auction will feature access to exclusive golf clubs and back by popular demand is our  "Best Dressed Player" contest.


The Upper and Lower Courses were designed by Albert
W. Tillinghast, the talented builder and architect
who was one of the first to articulate the mode
golf course design.
The Lower Course has hosted 16 professional touaments including the PGA Championship.

Consistently ranked among the best courses in the US and the world, Baltusrol’s Lower Course runs 7,015 yards from the blue tees and is a par 72 with a course rating of 74.5 and a slope rating of 140.