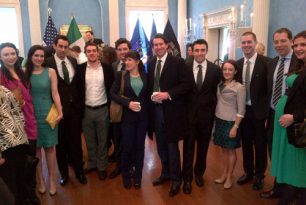 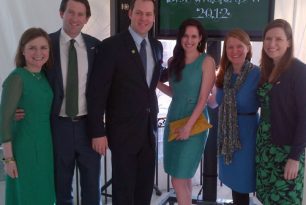 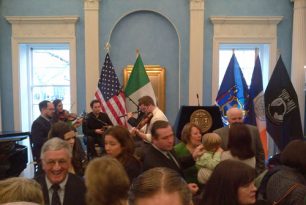 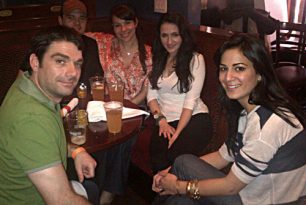 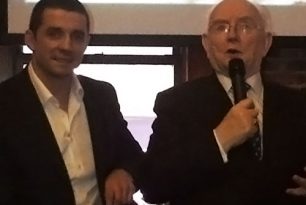 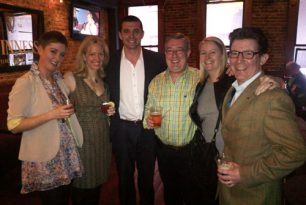 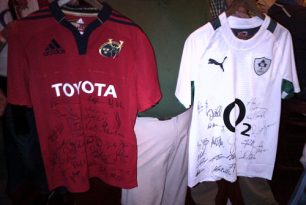 
The New York Young Leaders started the St. Patrick’s Day festivities in style with a morning breakfast at Gracie Mansion with Mayor Michael Bloomberg. Mayor Bloomberg spoke about the deep roots that the Irish have to New York City and the incredible tradition of the New York St. Patrick’s Day parade, which in its 251st year, is the largest parade in the world and is viewed annually by more than one million people on 5th Avenue.

Following the breakfast, the Young Leaders headed to the next event at Beckett’s bar and Grill for the Six Nations viewing party of the Ireland vs. England rugby match. The event was hosted by Irish rugby legend Alan Quinlan, who provided pre-match insight into the mindset of the Irish players before taking on the English side and the significance of playing England on St. Patrick’s Day.

At halftime, Alan helped to auction off two team signed jerseys, one of the Irish national team and another from his provincial side, Munster. The jerseys raised thousands of dollars during a spirited bidding process for The Promising Ireland Campaign.

At the conclusion of the match, Alan was joined by Irish sports broadcasting legend Jimmy Magee as they provided post match analysis and took questions from the eager audience. They spoke about the importance of sport in Ireland and in Northern Ireland and how the Ireland Funds are providing better opportunities for kids through programs like “Peace Players International” and more. 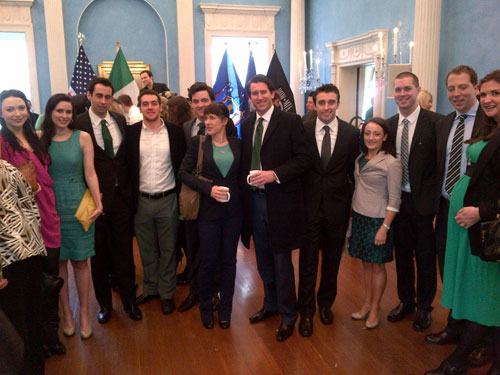 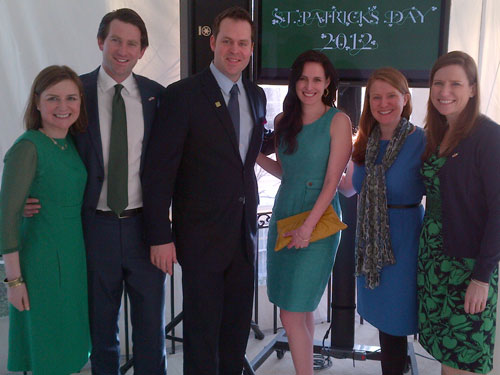 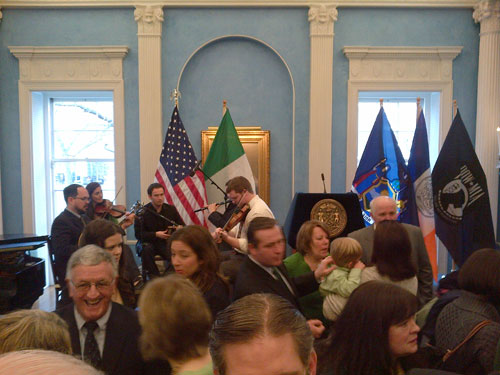 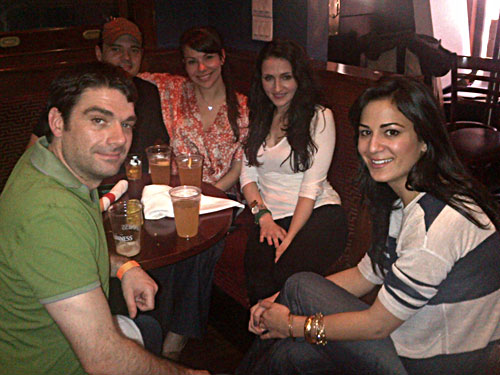 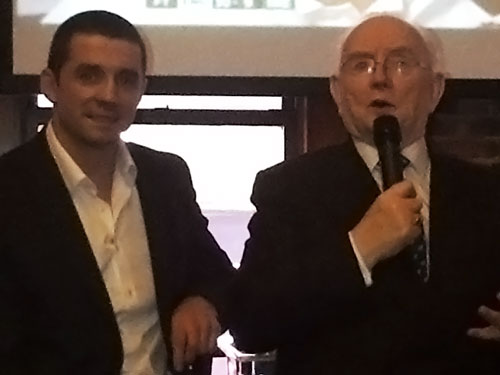 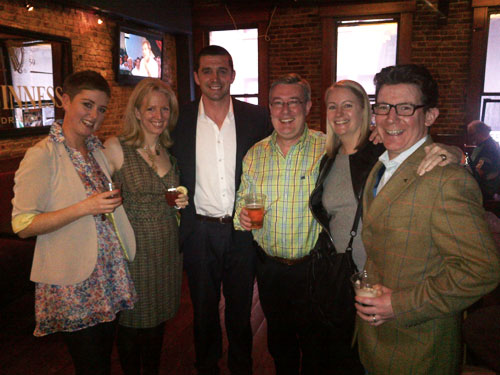 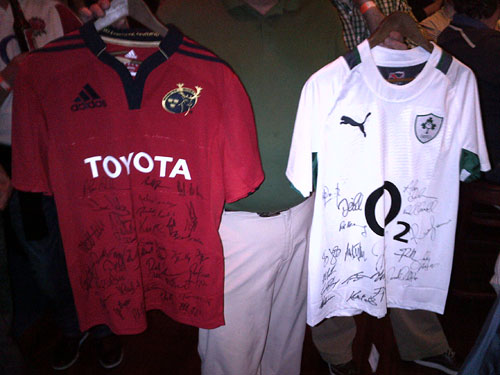