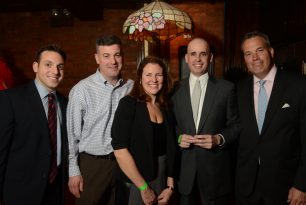 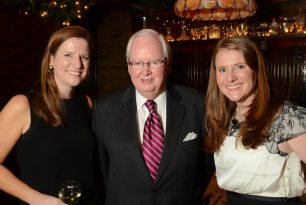 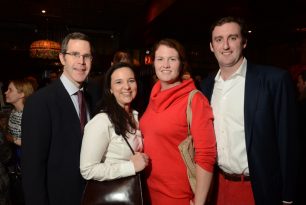 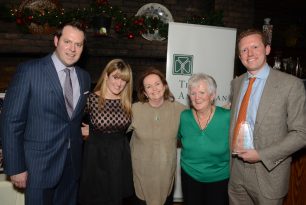 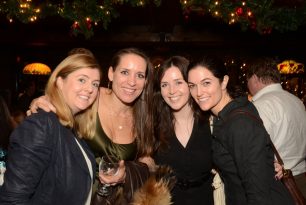 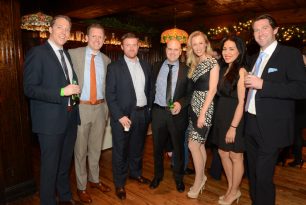 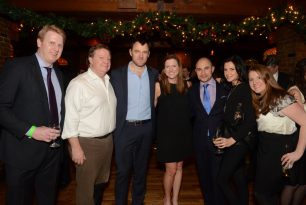 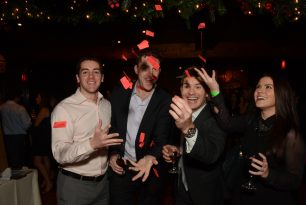 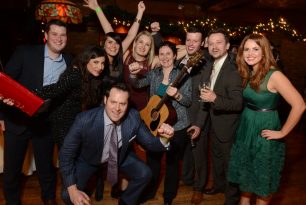 The night was one to celebrate a great year of fundraising, networking and to honor our New York Young Leader of the Year (YLOTY), Joe Tully. Joe was instrumental in all of our fundraisers and “Friend Raisers” throughout the calendar year, including Co-Chairing the New York Young Leaders signature event, The St. Patrick’s Celebrationhonoring Sargent Kevin Brennan of the NYPD.

With Board Director John Sharkey looking on, American Ireland Fund Chairman Loretta Brennan Glucksman gave some introductory remarks and thanked Joe for his dedication to the Young Leaders. She also called the event “Her favorite party of the year” and then introduced last year’s YLOTY, Suzanne O’Sullivan. Suzanne introduced Joe and spoke warmly about her respect for Joe, the great passion he has for his Irish heritage and reconnecting to that heritage in a meaningful way by giving back. Most importantly, she spoke about the friendship she has developed with Joe over the years and how The American Ireland Fund has forged so many bonds over the years.

Joe spoke about those same bonds and encouraged guests to get involved and become  members. He also spoke about his Irish roots in Sligo and Donegal. Joe’s mother Rose Tully, (From Donegal) was in attendance to see her son accept the honor.

Two live music acts provided the entertainment for the evening, including Young Leaders favorite John Malone on the acoustic guitar, followed by singer, songwriter, Mary Courtney, who has performed on tracks with Black 47 and other Irish music legends.
The night also included a spirited live auction with a NY Giants VIP football experience and the opportunity to meet writer/director/actor Ed Burns at a private AIF screening of his new movie, “The Fitzgerald Family Christmas.”

The Young Leaders then boarded coaches to attend the after party at Beckett’s on Stone Street, an area still working with limited resources a month after Superstorm Sandy. The taverns on Stone Street were closed for nearly two weeks following the storm and in addition to the fundraising done for communities affected by Superstorm Sandy, the Young Leaders will continue to financially support these small businesses as they continue to recover from the natural disaster. 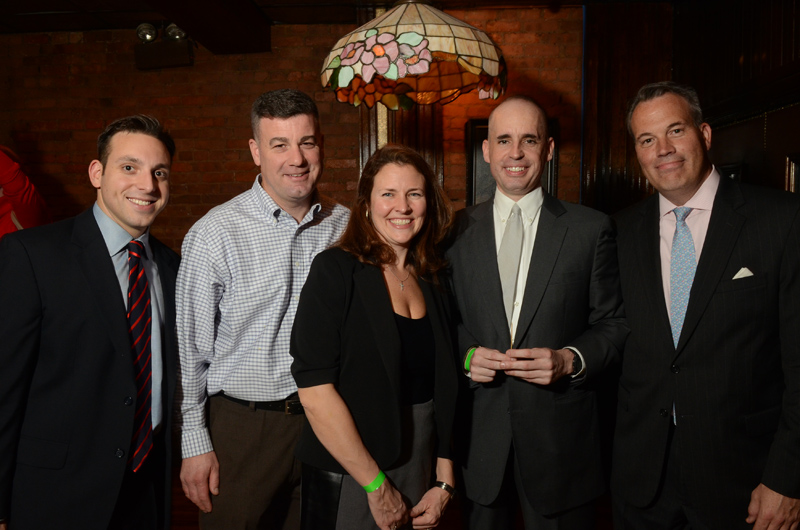 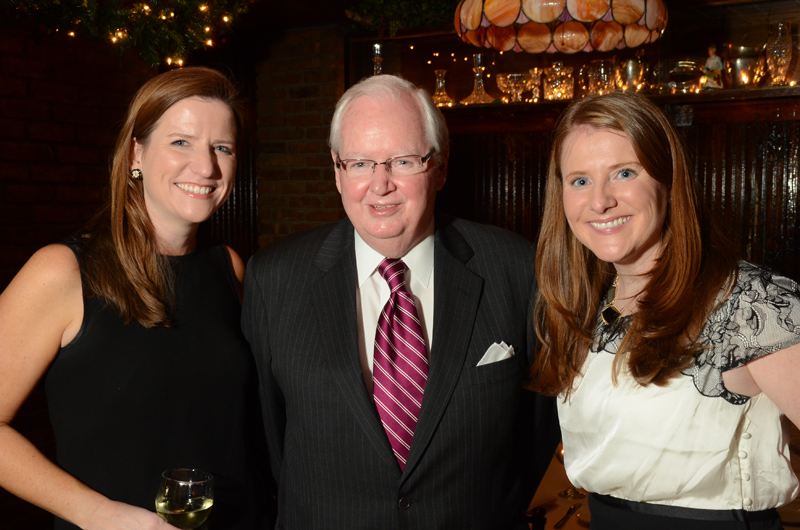 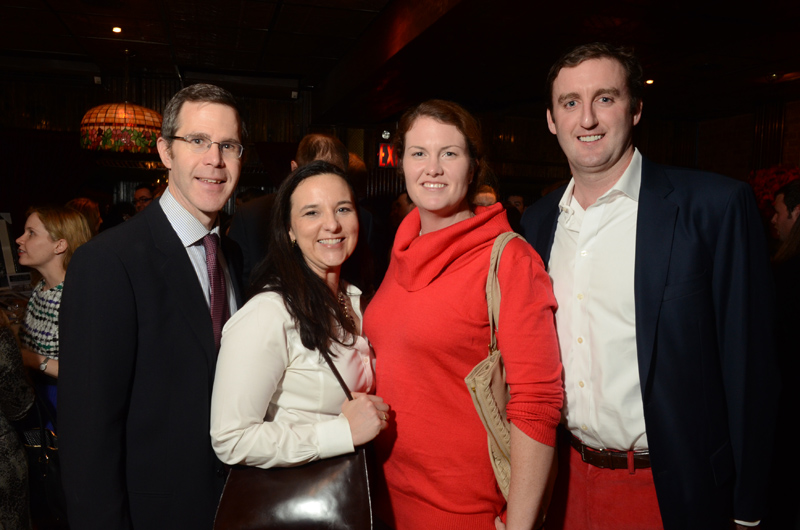 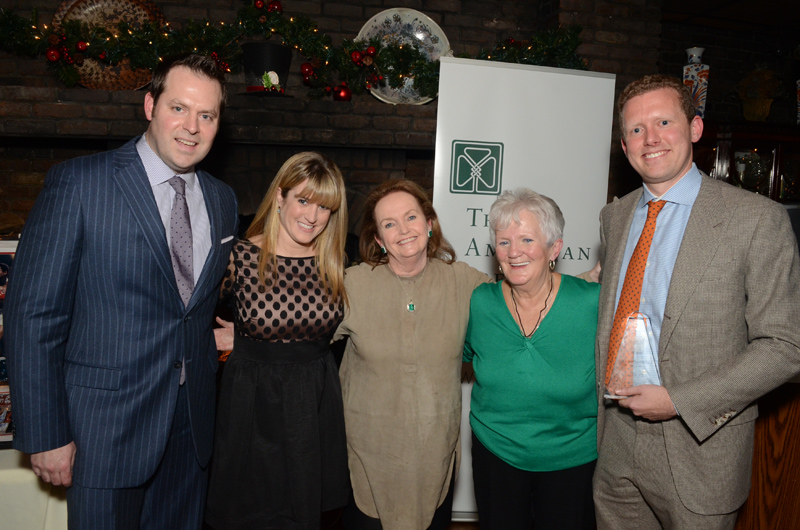 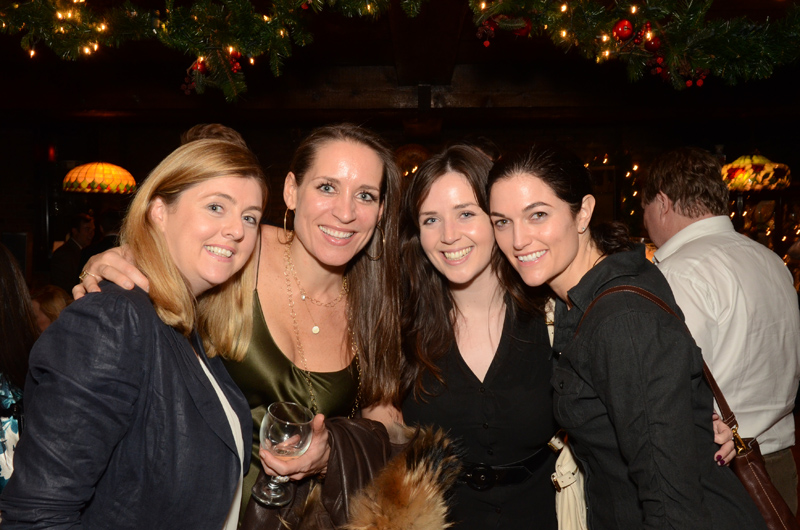 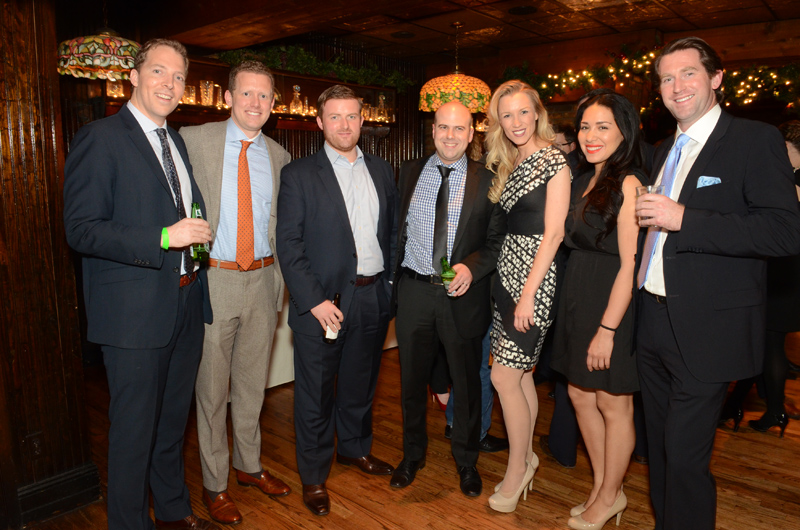 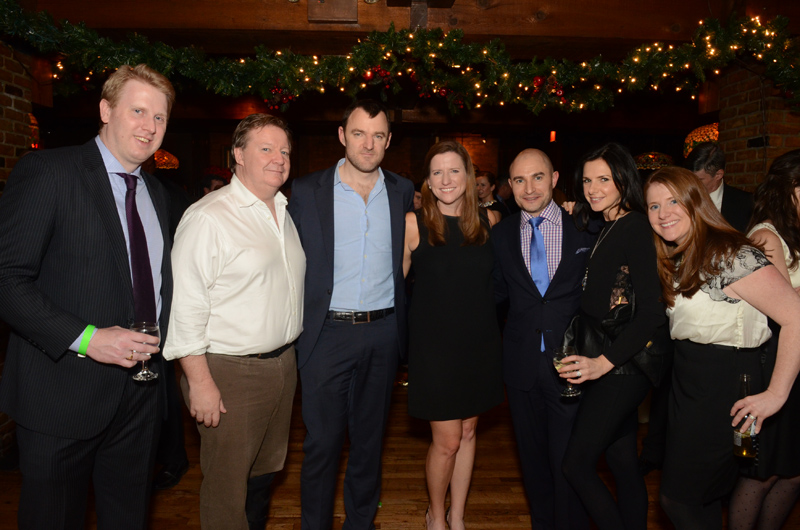 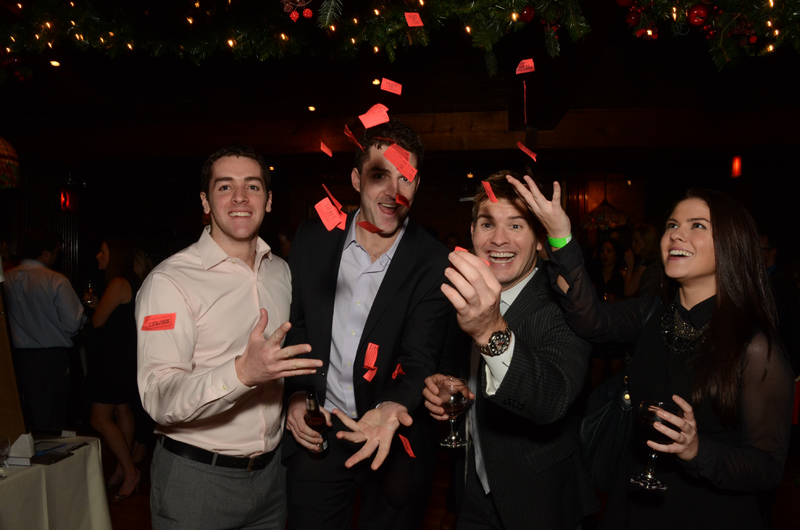 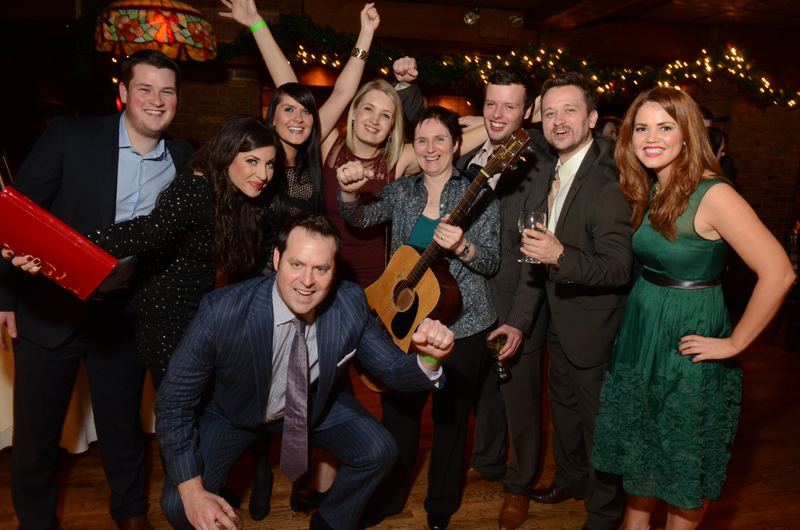 After party at Beckett’s (on Stone St.)
Bus transportation will be provided for Young Leader members from Moran’s to Becketts.

We will also be presenting our NY Young Leader of the Year Award
Please send your vote to ptully@irlfunds.org