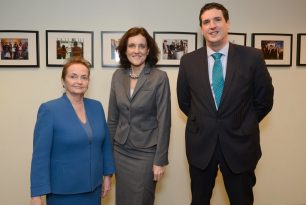 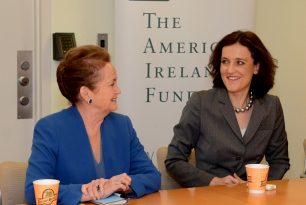 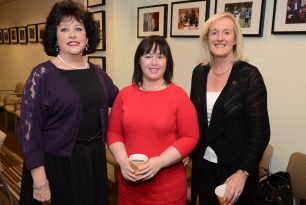 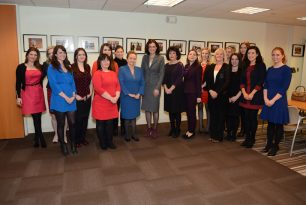 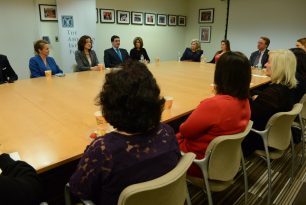 The Secretary of State is the British Cabinet member responsible for Northern Ireland and the completion of the Peace Process. She is a former barrister and lecturer in law at King’s College, London.  The Secretary of State visited New York as part of a four day trip to strengthen US-NI relations.

Ms. Villiers described her career as a public representative and discussed the challenges facing Northern Ireland such as the residual terrorist threat from dissident republicans.  She discussed how integrated education, with the support and funding from The Ireland Funds, has helped create a better future for both sides.

The Secretary of State encouraged everyone to visit Northern Ireland with beautiful sights such as the Giants Causeway.  Northern Ireland has received a great number of visitors, drawn by the film and TV programme being produced there called Game of Thrones on HBO.  The floor was opened to a Q & A where guests had the opportunity to ask Theresa about women’s programs and entrepreneurship active in the communities around Northern Ireland.

Many thanks to our hosts at the British Consulate, Deputy Consul General Nick Astbury and Matthew Windrum. 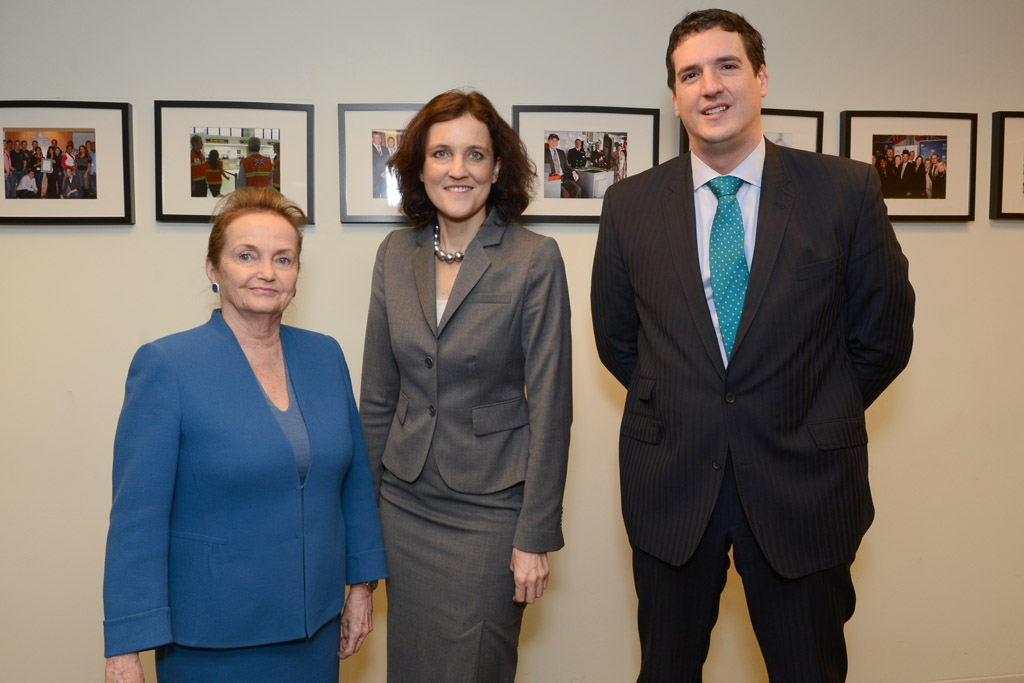 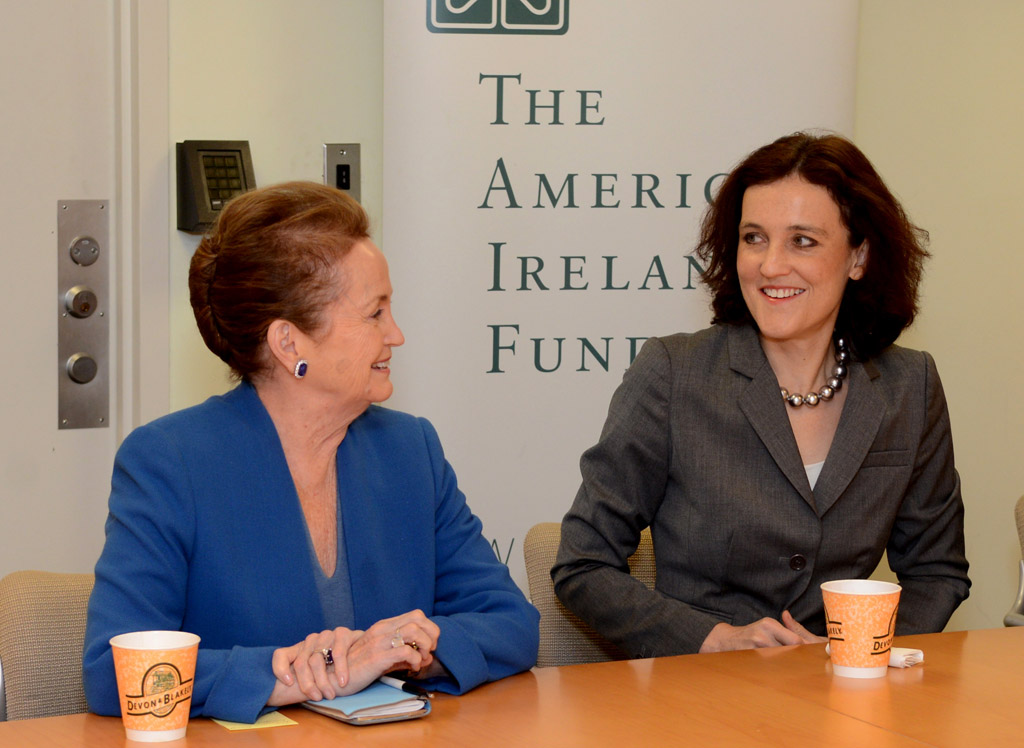 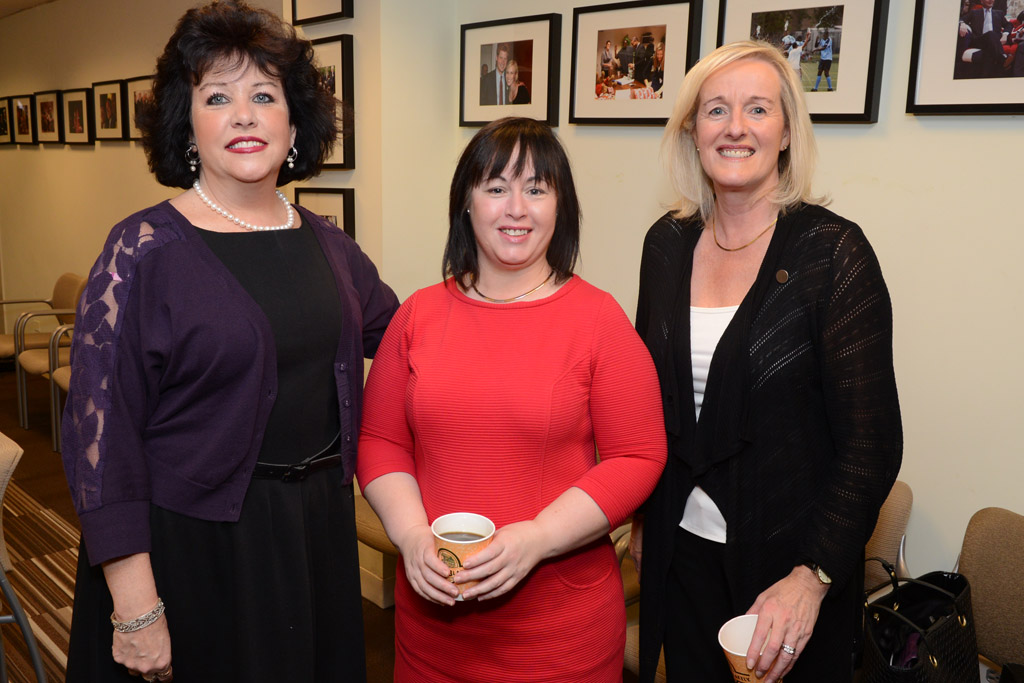 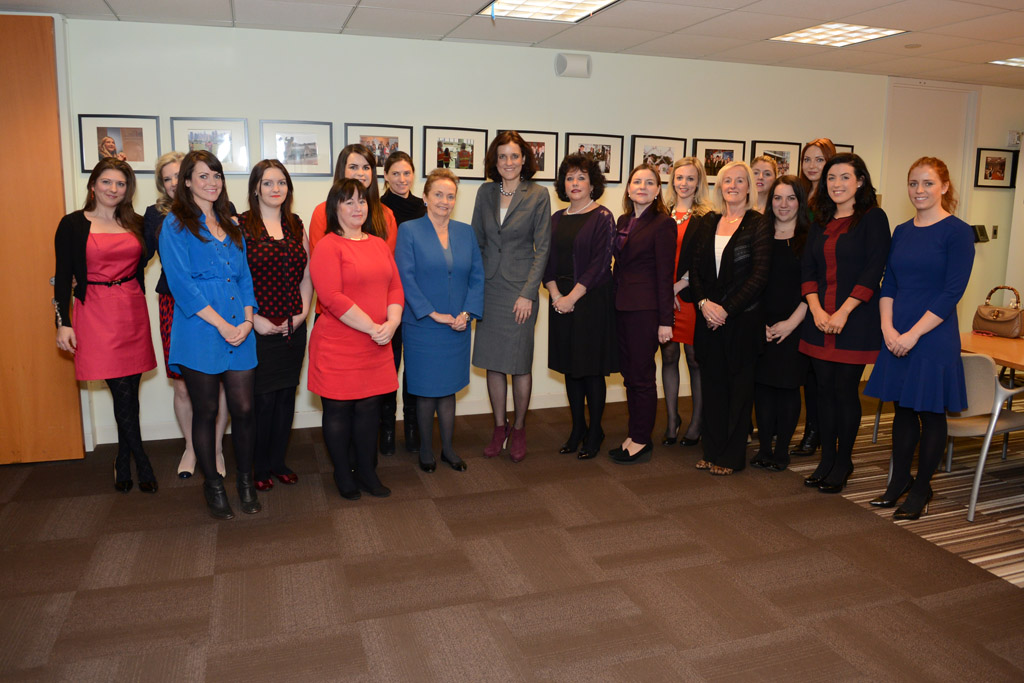 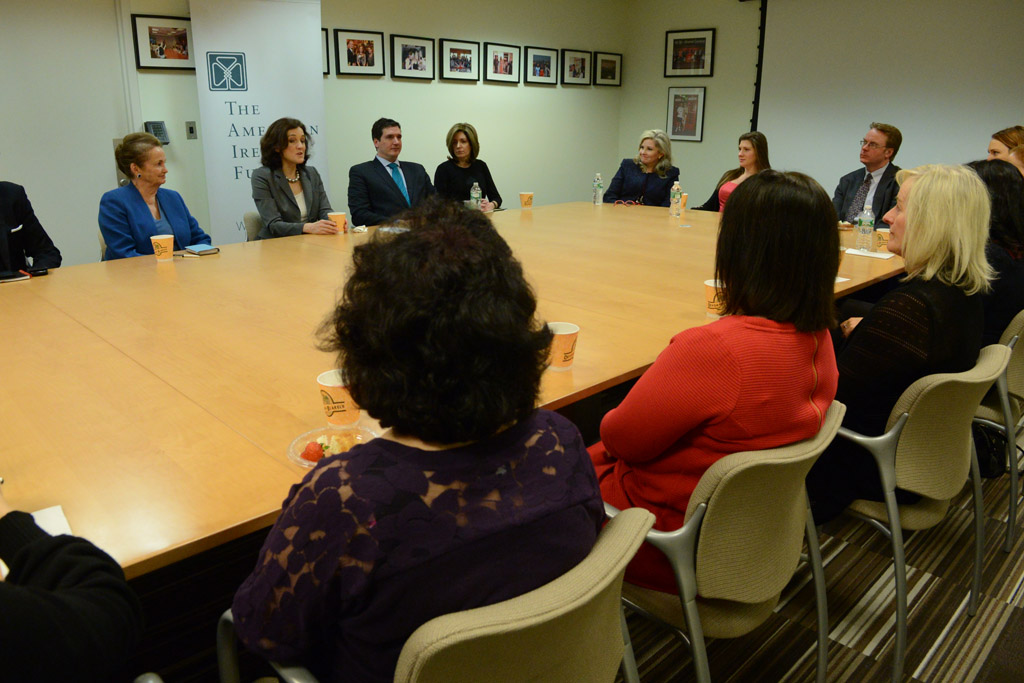