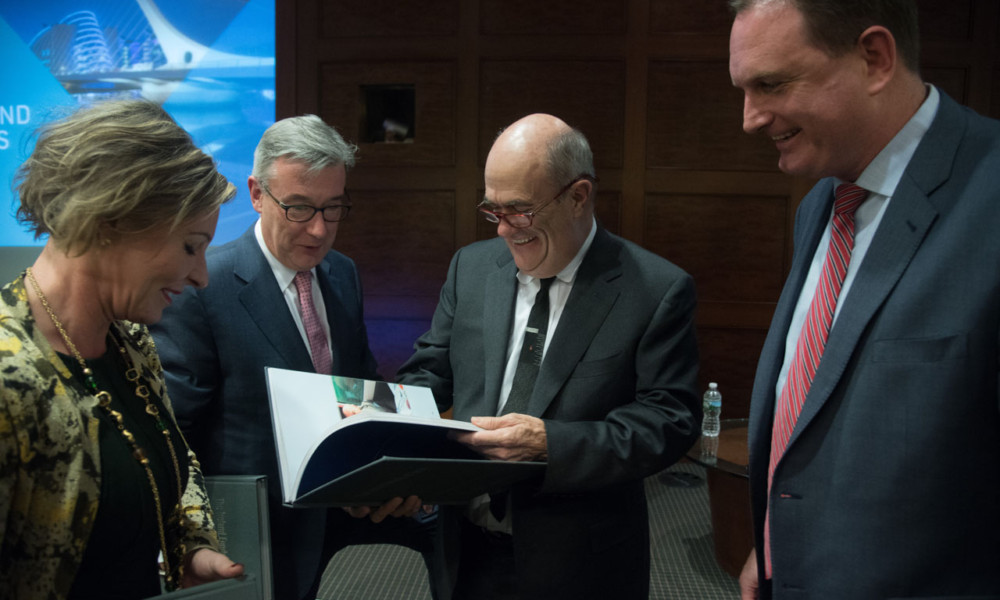 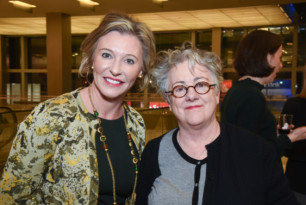 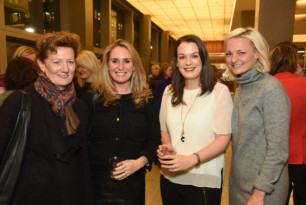 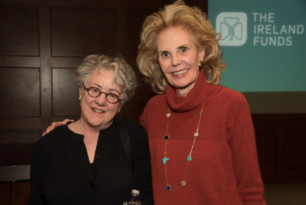 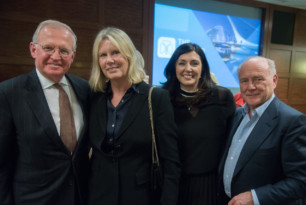 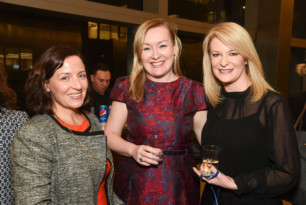 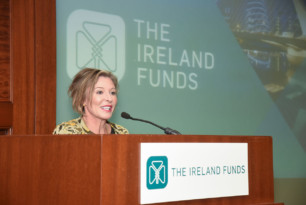 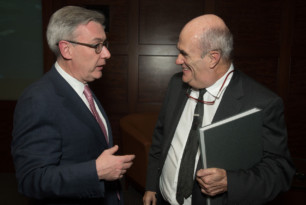 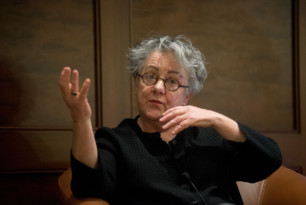 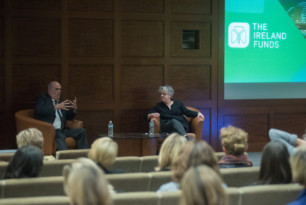 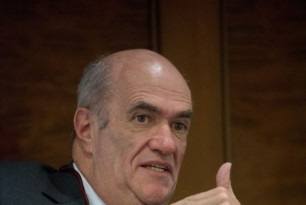 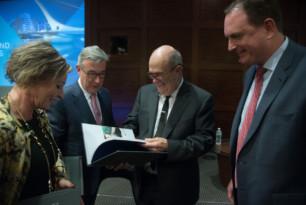 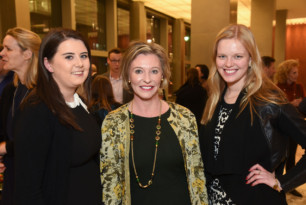 Grainne McNamara, who kindly hosted the evening, welcomed guests to PWC and introduced Worldwide President and CEO of The Ireland Funds, Kieran McLoughlin. Kieran McLoughlin spoke of the importance of the Irish arts to The Ireland Funds and the huge contribution Colm and Garry have made to this sector. He then handed the conversation over to Colm and Garry.
Garry recounted the story of Druid Theatre of which she founded and where she is currently Artistic Director. Currently she is directing The Beauty Queen of Leenane in BAM. She spoke in great detail on risks she initially took with this unknown play. She later went on to become the first female Tony winner for directing The Beauty Queen of Leenane. Three out of the four actors also won Tony awards.

Colm spoke of the importance of keeping things local. When writing Brooklyn he set it in his hometown of Enniscorthy and wrote from a very personal perspective rather than with the intention of attracting attention from Hollywood.

Special thanks to Garry Hynes and Colm Toibin for joining us and sharing their stories and to Grainne McNamara for hosting us in PWC. 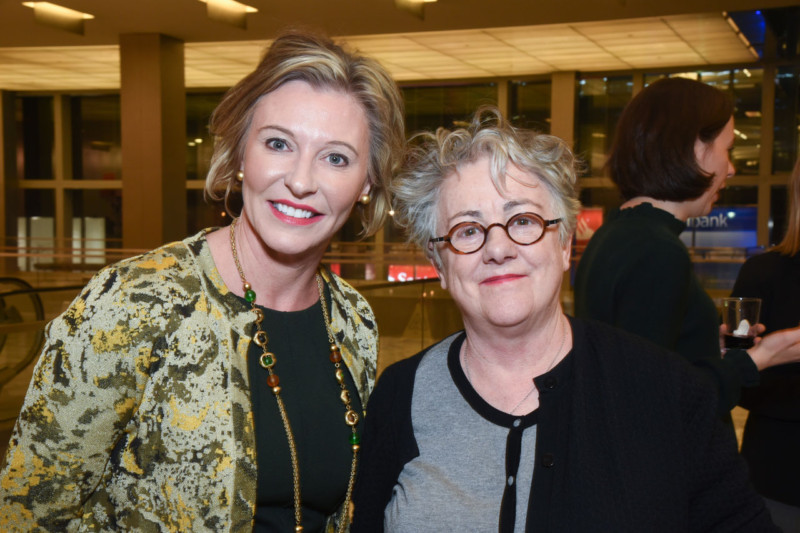 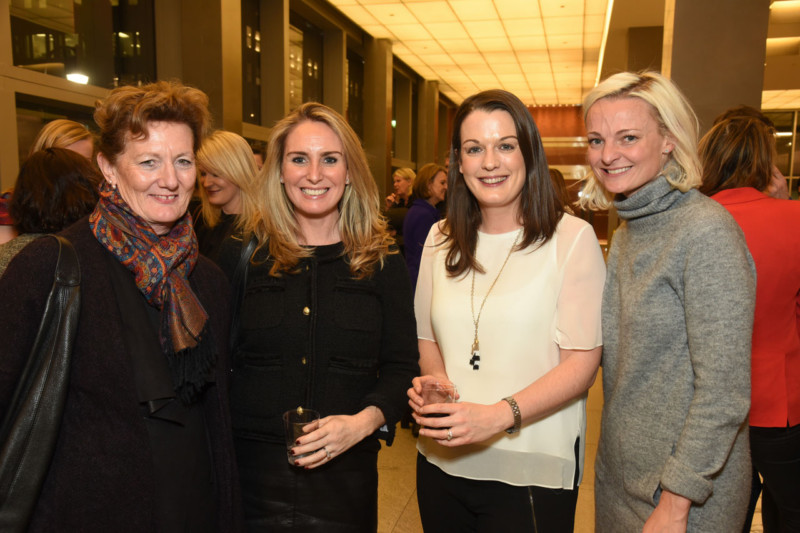 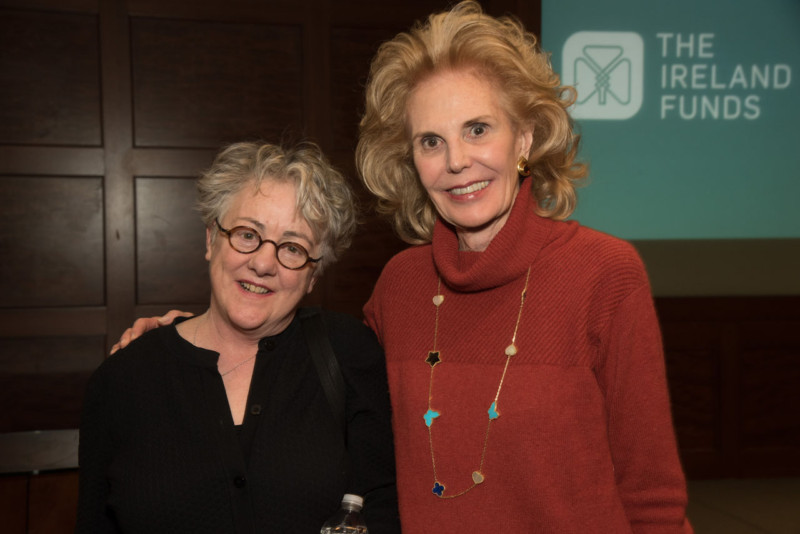 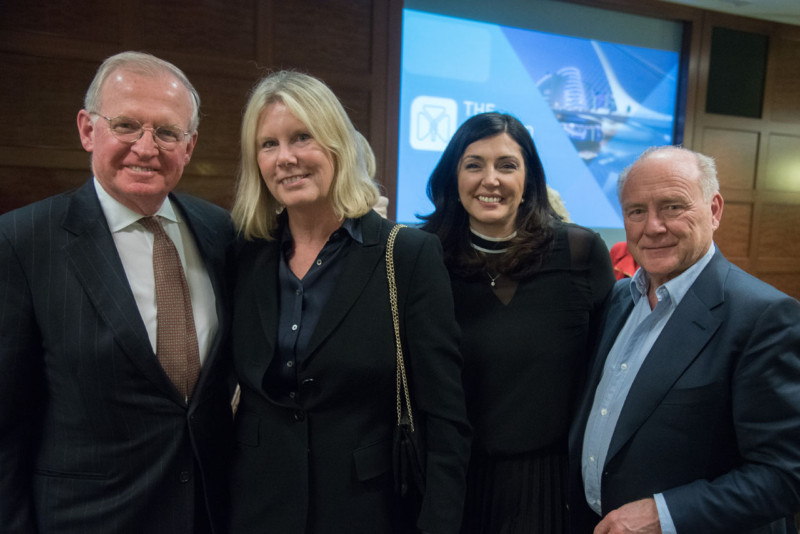 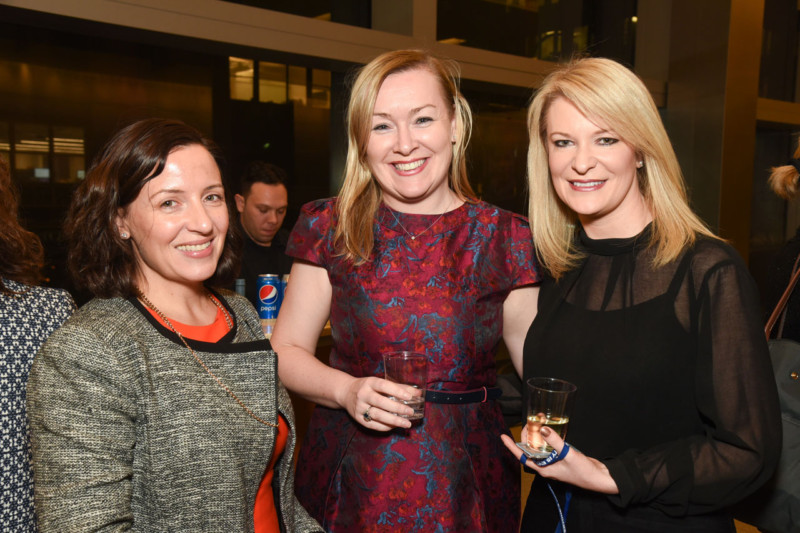 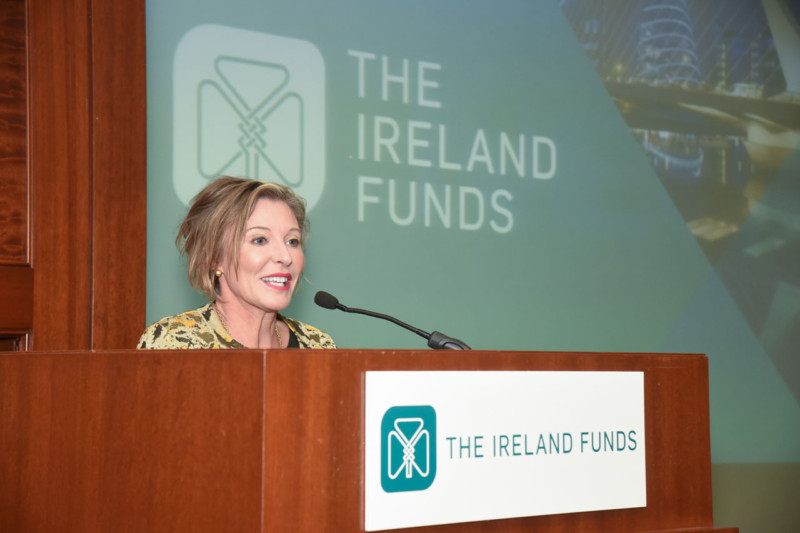 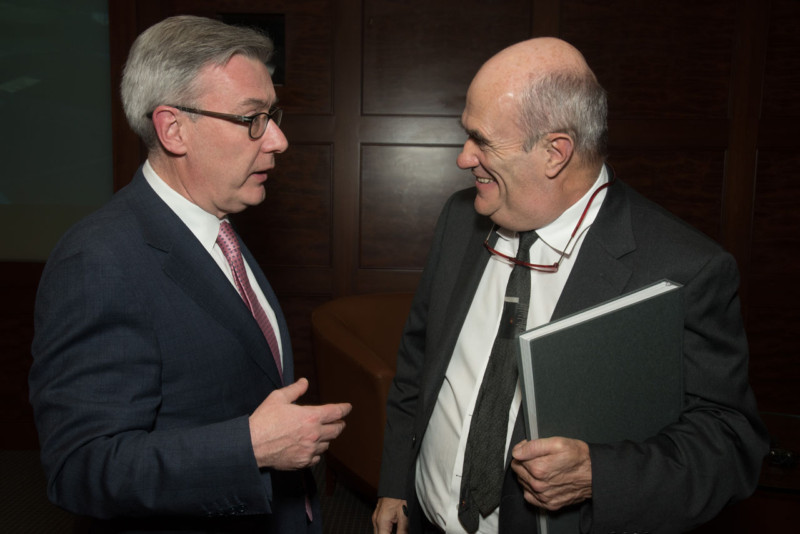 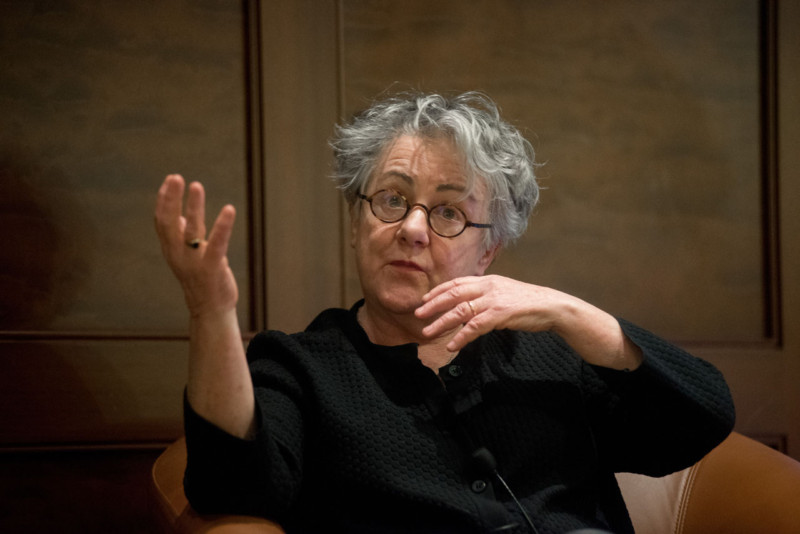 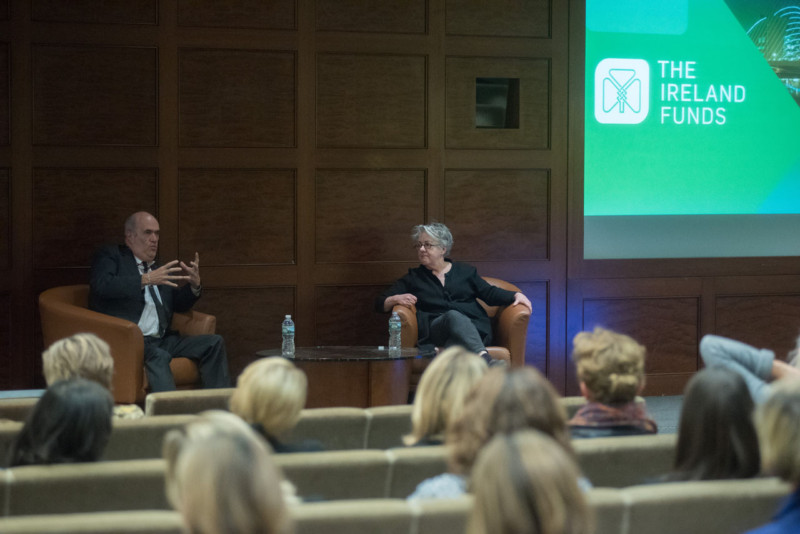 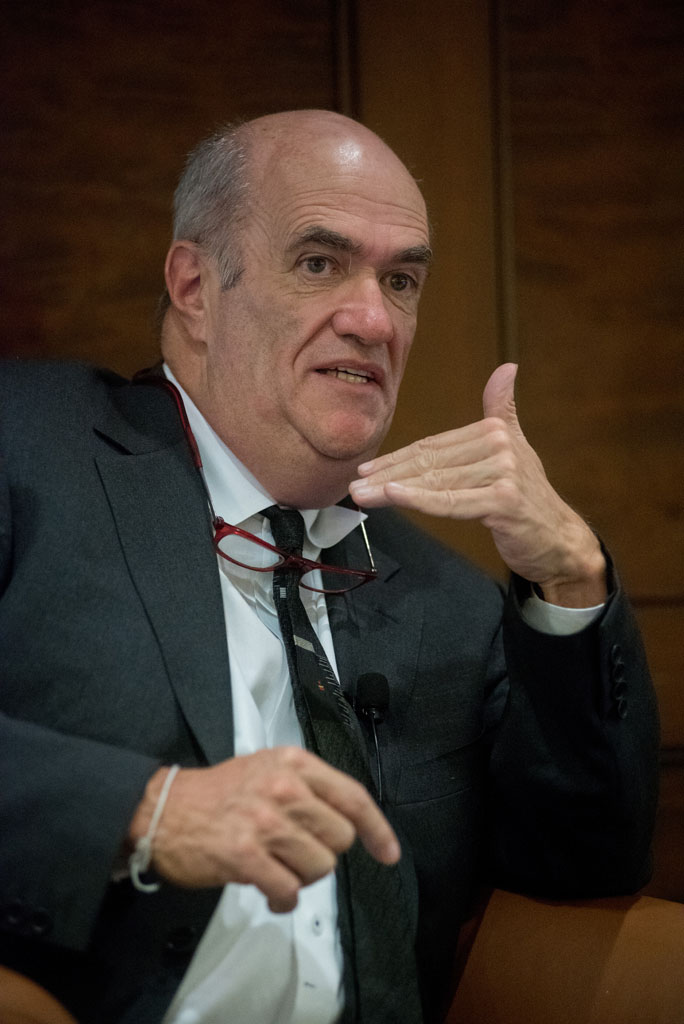 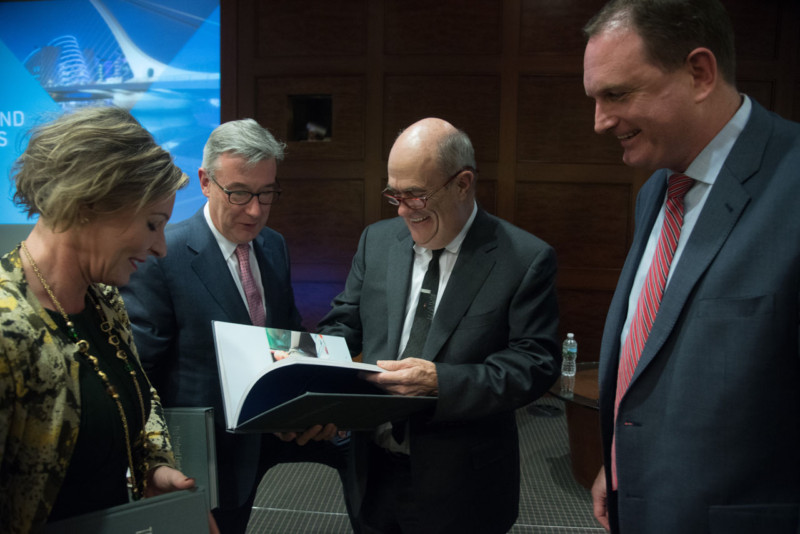 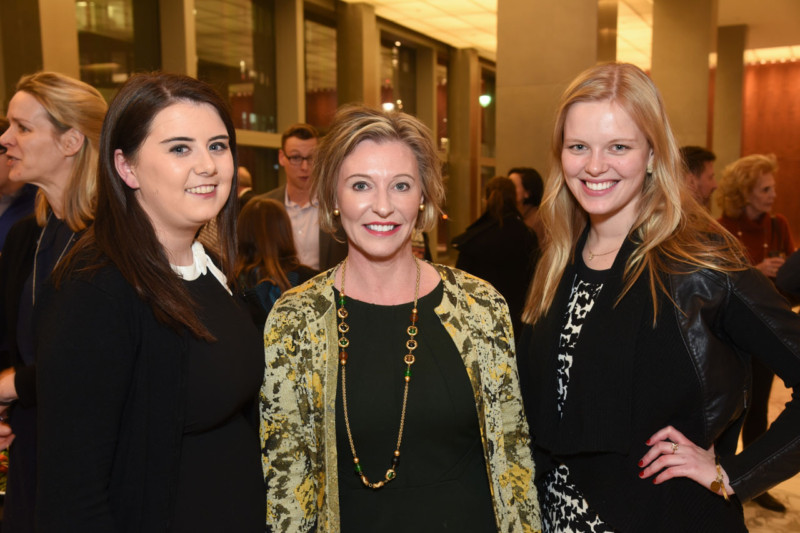