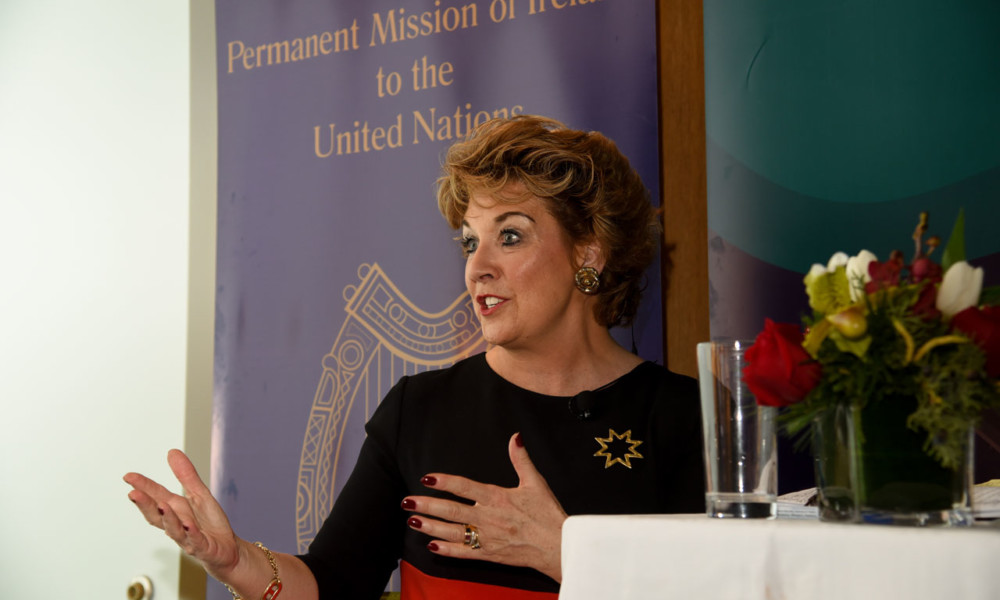 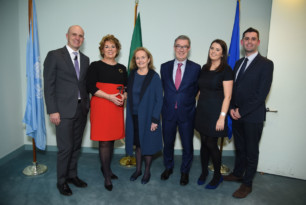 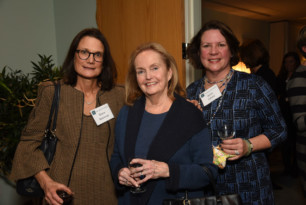 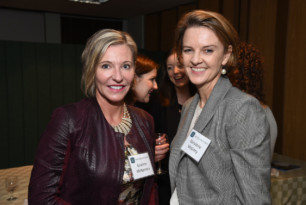 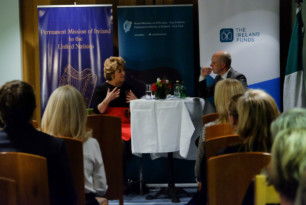 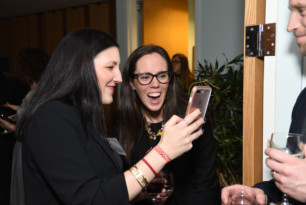 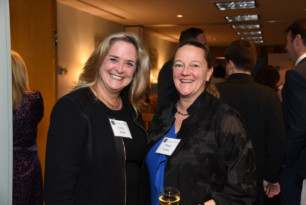 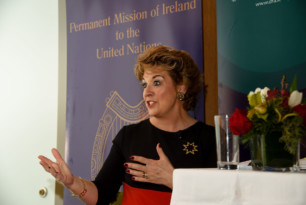 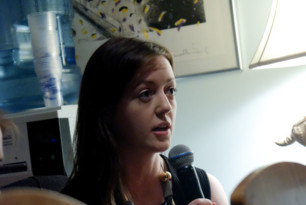 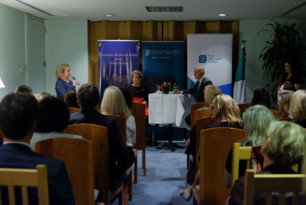 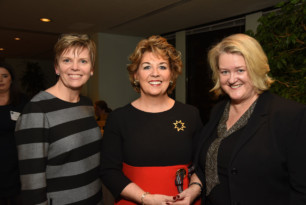 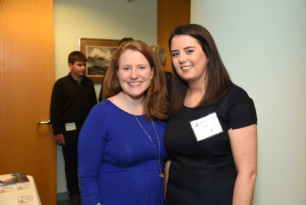 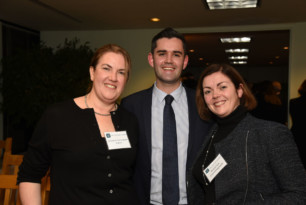 Kieran McLoughlin, Worldwide President & CEO of The Ireland Funds opened the evening and welcomed guests to the event. Cliona Doyle, Projects Manager of The Ireland Funds America then spoke of the importance of the Women in Leadership Series and introduced Ambassador Byrne Nason and Jason Kelly.

The theme of the conversation was women in politics, peace and power. The Ambassador discussed the current situation in Ireland including Brexit and Ireland’s role in the United Nations as it embarks on the campaign for a seat on the Security Council. As incoming Chair of the UN Commission on the Status of Women, Ambassador Byrne Nason discussed the importance of this group including members from a variety of countries so they can work together to advance women’s rights, globally. The need to involve women in all steps of peace processes in order to maximize the opportunities for success, was also highlighted.

The evening ended with closing remarks from Loretta Brennan Glucksman, Chairman Emeritus of The Ireland Funds America. Loretta thanked the Ambassador and Jason for being so generous with their time and insights. 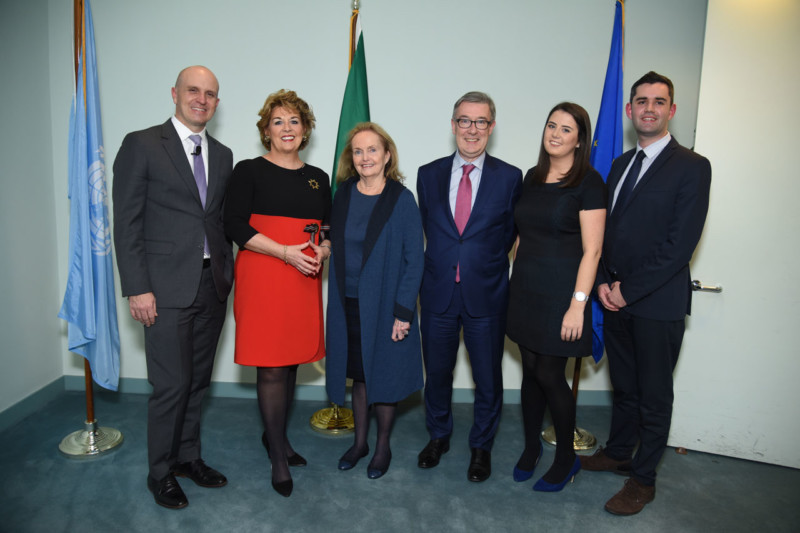 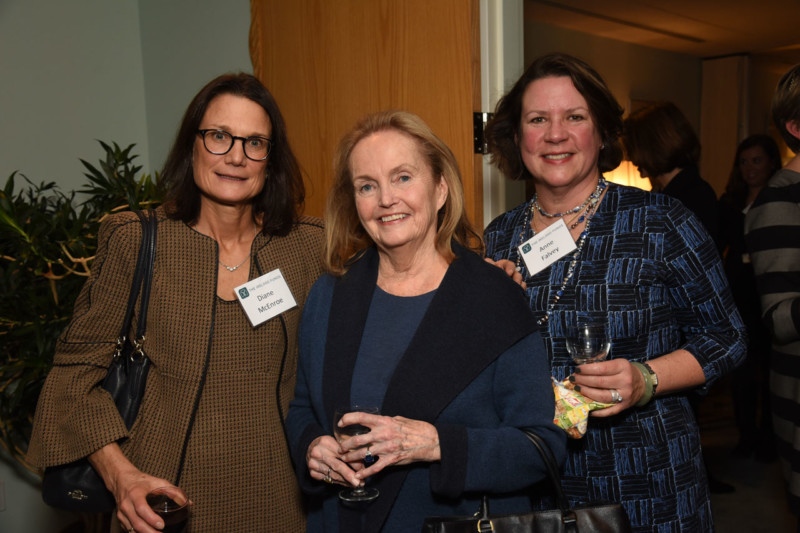 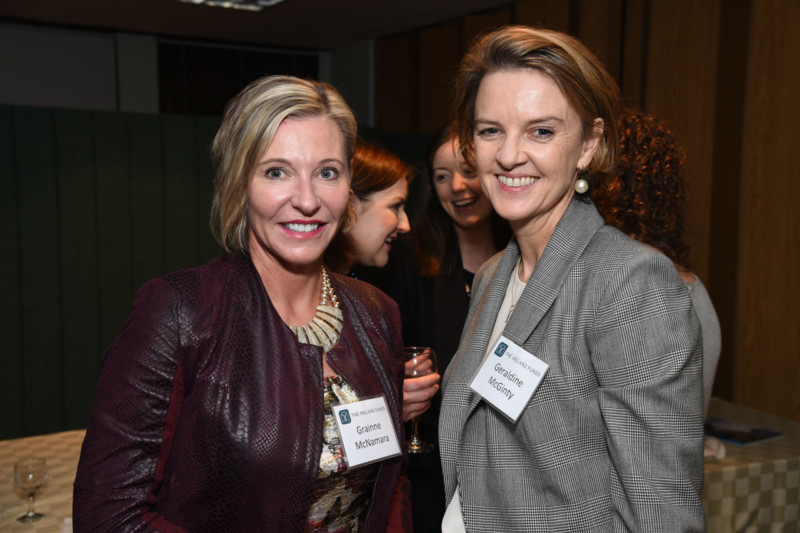 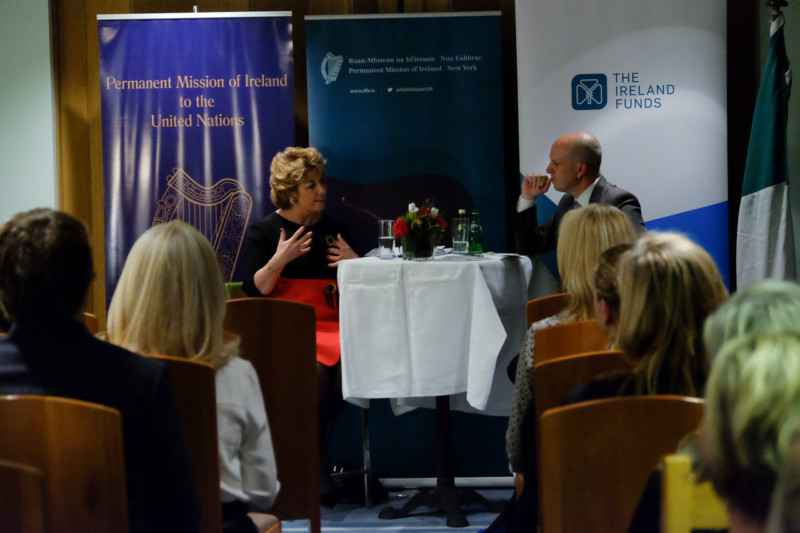 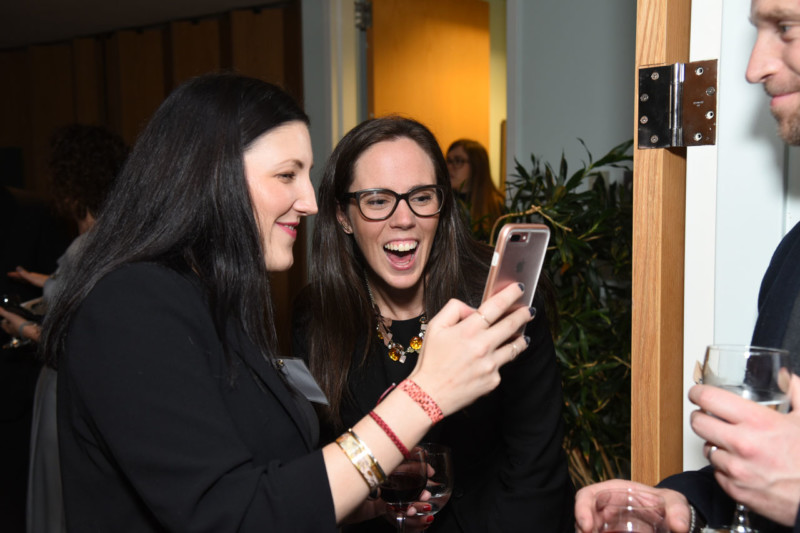 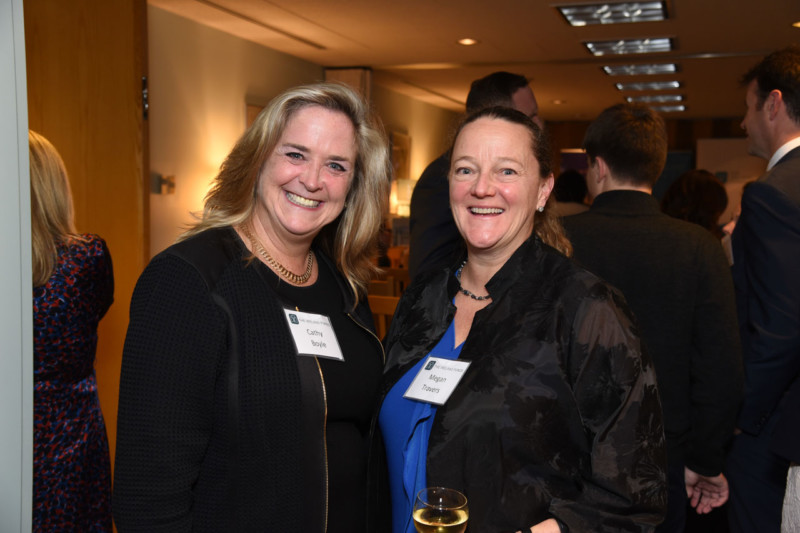 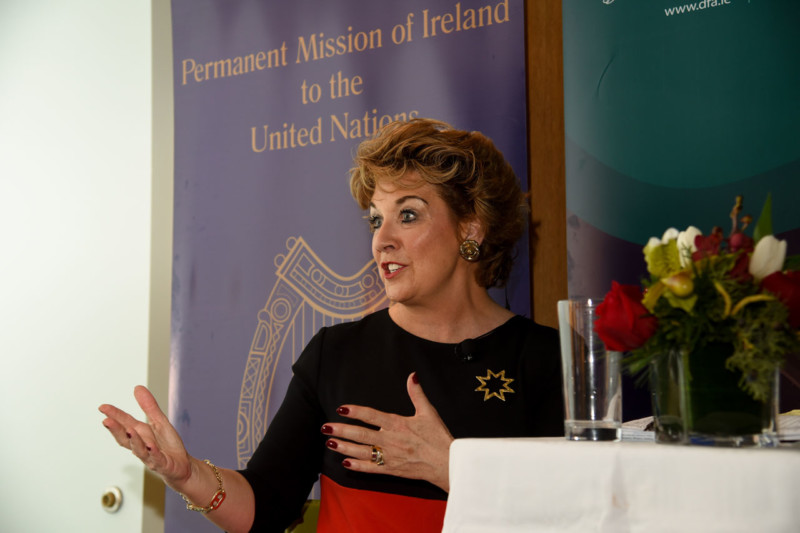 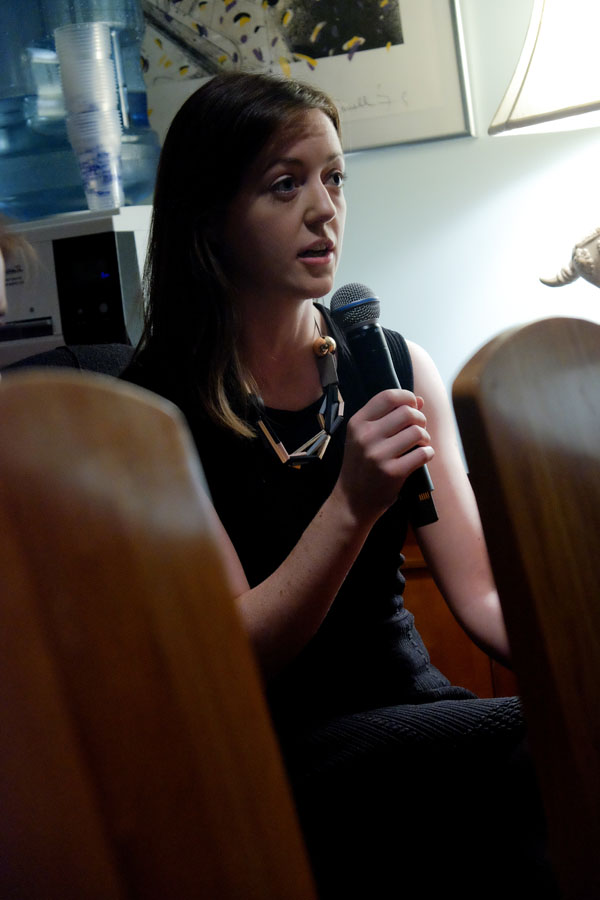 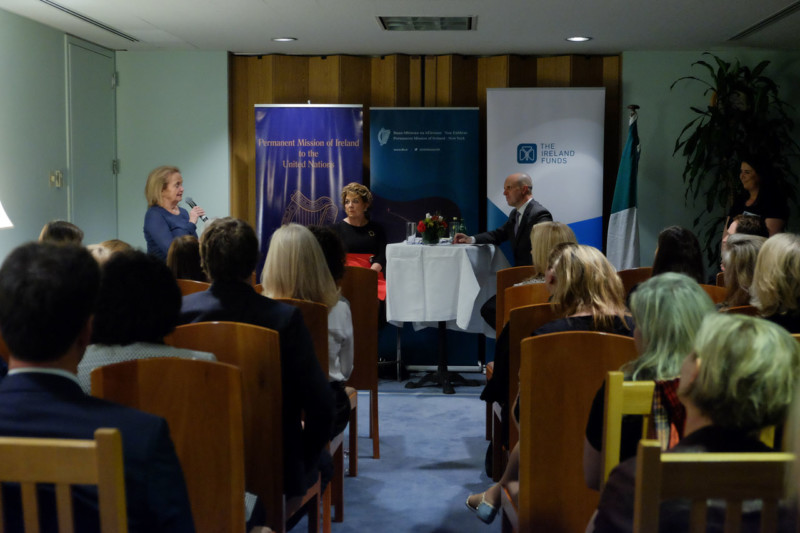 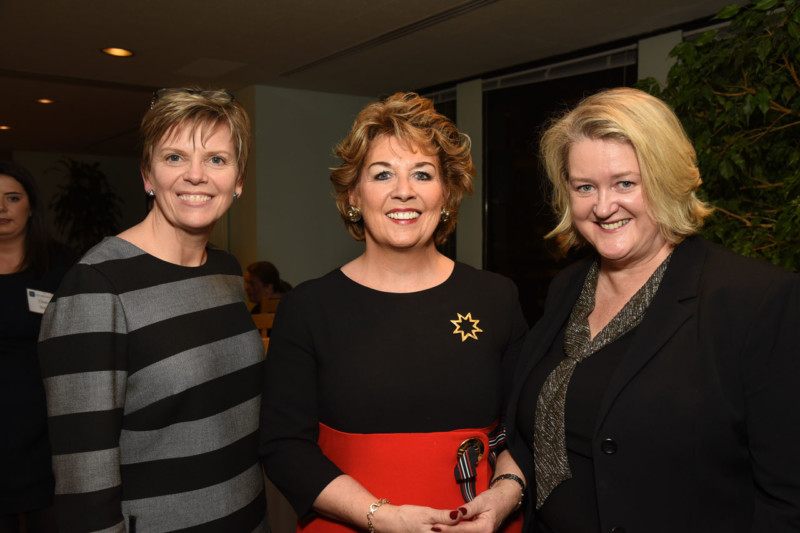 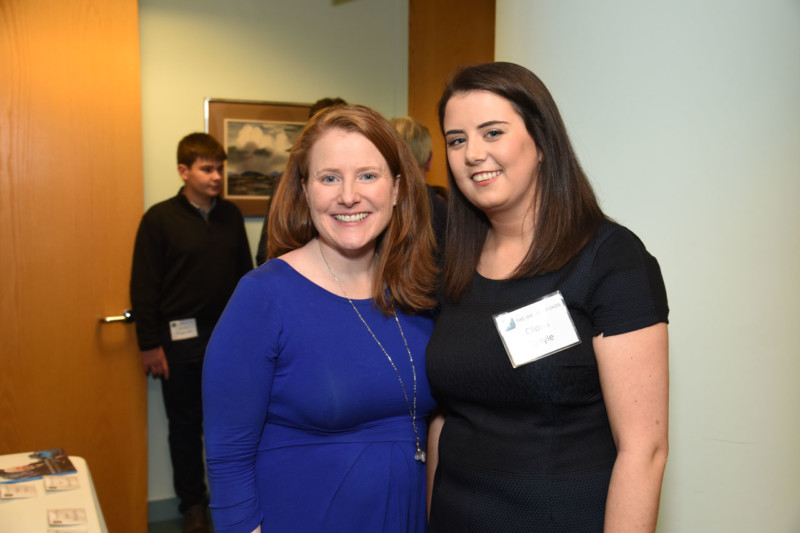 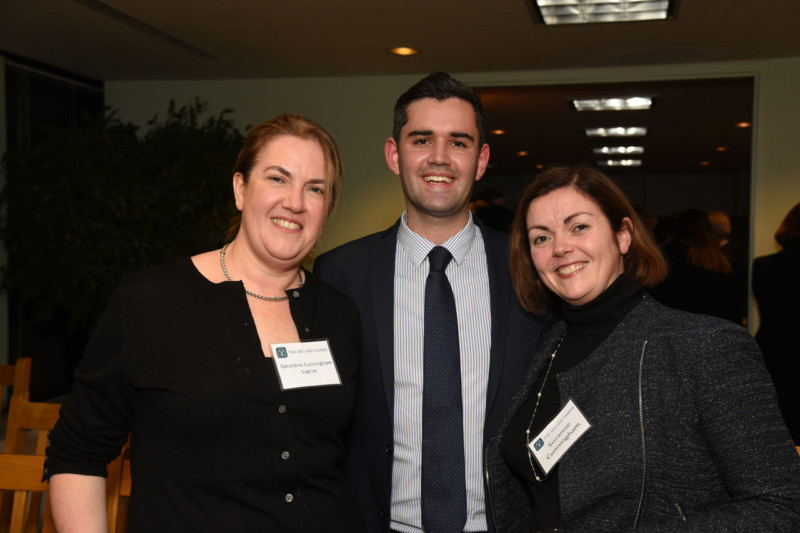