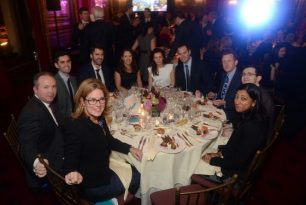 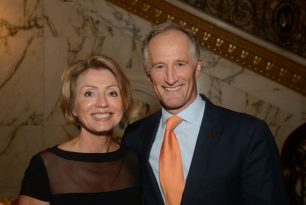 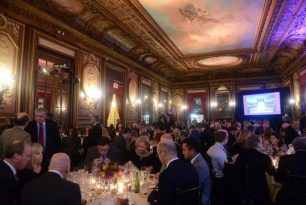 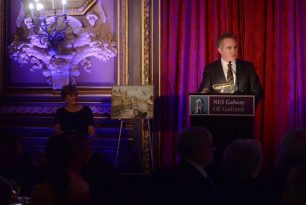 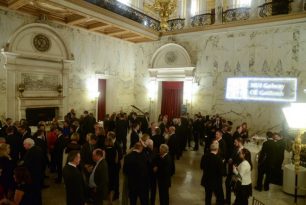 On Wednesday, November 18th 2015, the National University of Ireland Galway hosted its 9th Annual Gala Dinner at the Metropolitan Club in New York City in partnership with The American Ireland Fund. The event was attended by over 200 guests, including members of the School’s US Board and Gala Committee, NUIG alumni and friends of the School. Following a cocktail reception by the Grand Staircase, guests entered the dining room where radio broadcaster and producer Caroline Murphy was the host for the evening. This year’s event honored Domhnal Slattery, BComm ‘88 and founder of Avalon aircraft leasing. The evening featured a special performance by acclaimed Galway singer Sean Keane who was accompanied by Fergus Feely and Pat Coyne.

Ms. Murphy welcomed Adrian Jones to the stage, Co-Chair of the Gala and Managing Director at Godman Sachs, who thanked everyone for their support over the last nine years before inviting Professor Jim Browne, President of NUI Galway, to speak.

Professor Browne thanked all the guests in attendance for their unwavering support for NUIG year after year and highlighted how the proceeds of the evening will go towards the Lambe Institute for Translational Research at NUIG, which was established in 2015 thanks to the generous support of Dr Ronan and Ann Lambe.

The major benefits of this facility include the ability to provide access to cutting-edge clinical trials and access to novel therapies for patients in the West of Ireland. There are currently over 100 clinical trials underway at the institute including research into whether the risk of breast cancer can be predicted due to inherited characteristics.

Ms. Murphy invited the night’s honoree, Domhnall Slattery, to the stage where he was presented with a specially commissioned painting by Irish artist Mick O’Dea titled ‘The Town’. The painting depicts Ennis, County Clare, where both the artist and honoree were raised, with a large seagull in flight in the background symbolizing Avalon’s success over the last 5 years.

In his speech he spoke fondly of his trips to the Druid Theatre as a young student, of Galway’s important heritage, and its incredible transformation from a small college in the West of Ireland established in 1845, to a world class research institution that competes with the best universities in the world.

He credited his three years in NUIG for “guiding me for the last 25 years and hopefully the next 25” as well as contributing his success to “the one person who truly mattered”, his wife Elaine.

Shortly after, Sean Keane took to the stage accompanied by Fergus Feely and Pat Coyne who entertained the crowd with classics such as ‘Home Away From Home’ and ‘Never Alone’. In true Irish fashion, Slattery joined the musicians on stage to close the night by singing one of his favorite songs about County Clare, The Cliffs of Dooneen. 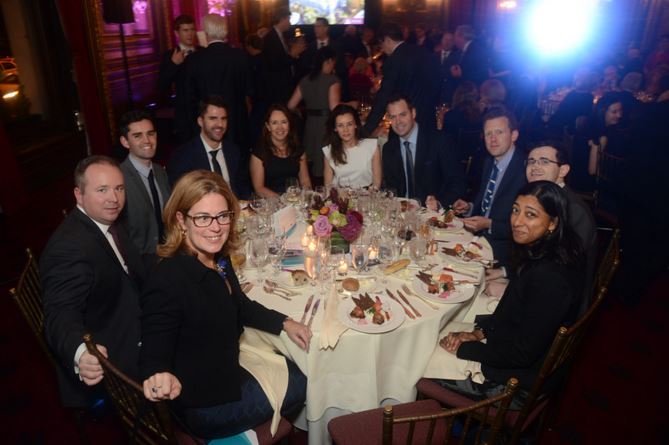 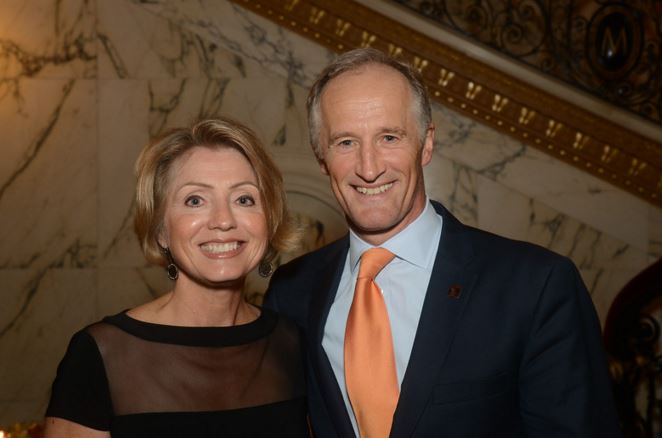 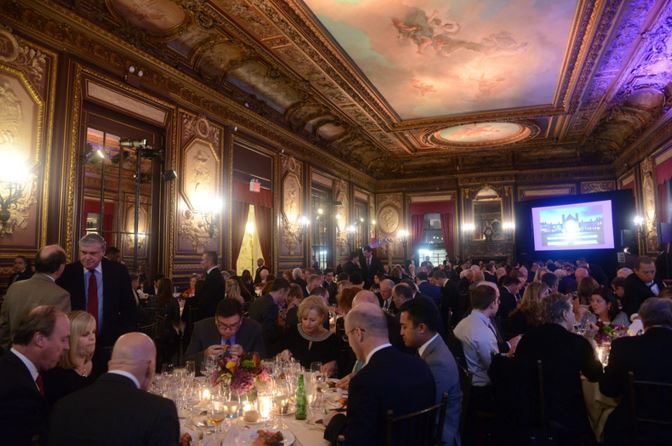 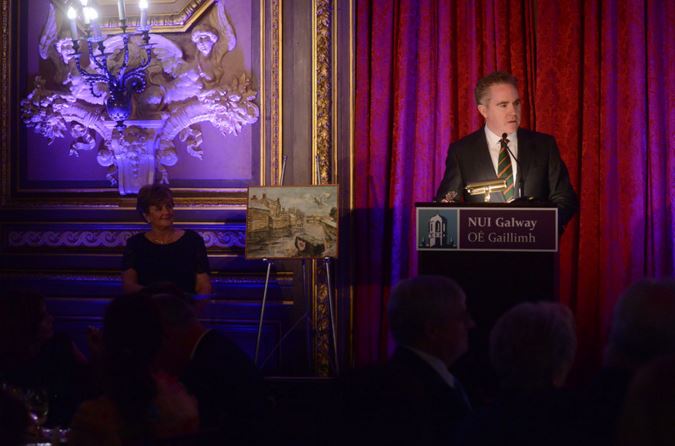 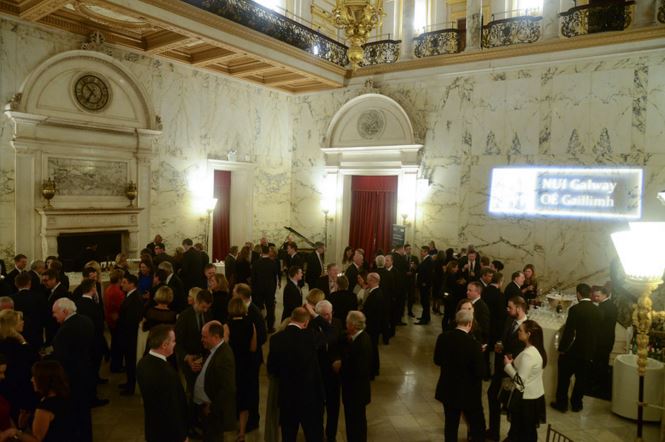 • One premium table of 12.
• Recognition of support from the podium.
• VIP invitation for Table Host and one guest to the Galway Races in July 2016 – includes
complimentary accommodation for two and a champagne reception at the Races.
• Link on Galway University Foundation website for one calendar year.
• Acknowledgement of support in all Galway University Foundation publications for one calendar year.

• Link on Galway University Foundation website for one calendar year.

• Acknowledgement of support in all Galway University Foundation publications and website for
one calendar year.

• One prime seat at dinner.

• One seat at dinner.