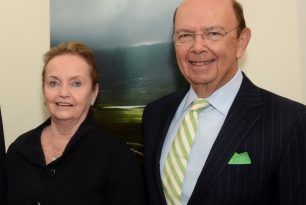 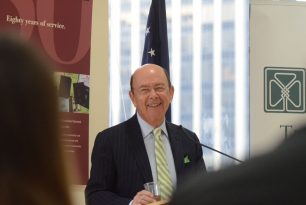 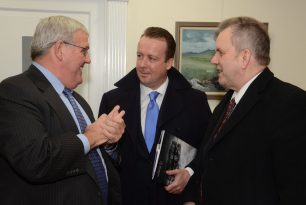 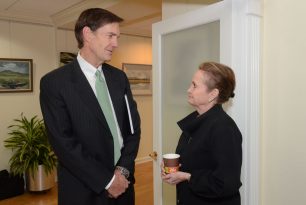 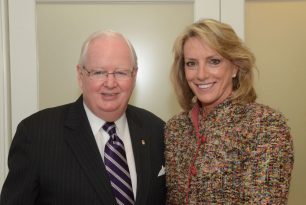 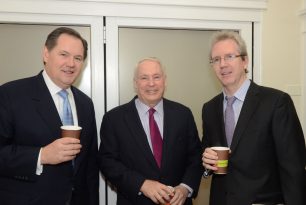 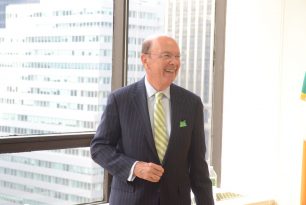 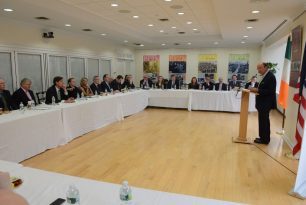 Wilbur is a market mover in industries as diverse as foreign investment, steel, coal and telecommunications.  Wilbur made a milestone investment in Bank of Ireland in 2011.  This was the first major investment not only in an Irish bank, but in any European bank since the onset of the European sovereign debt crisis. Bank of Ireland is the nation’s largest lender holding $140 billion in assets.

Wilbur delivered an analysis of the Irish banking system and spoke positively about Ireland’s recovery which has been helped by the Government’s reform program, especially regarding mortgages and spending.

He spoke about the strength of knowledge based industries and the importance of foreign direct investment and how this has provided one seventh of all jobs in Ireland.

The guests asked Wilbur for his views on a host of issues including employment prospects in Ireland, its situation in relation to the rest of Europe and the outlook for the world economy.

The guests very much appreciated Ross’ forthright, open and honest prognosis of the challenges facing Ireland. 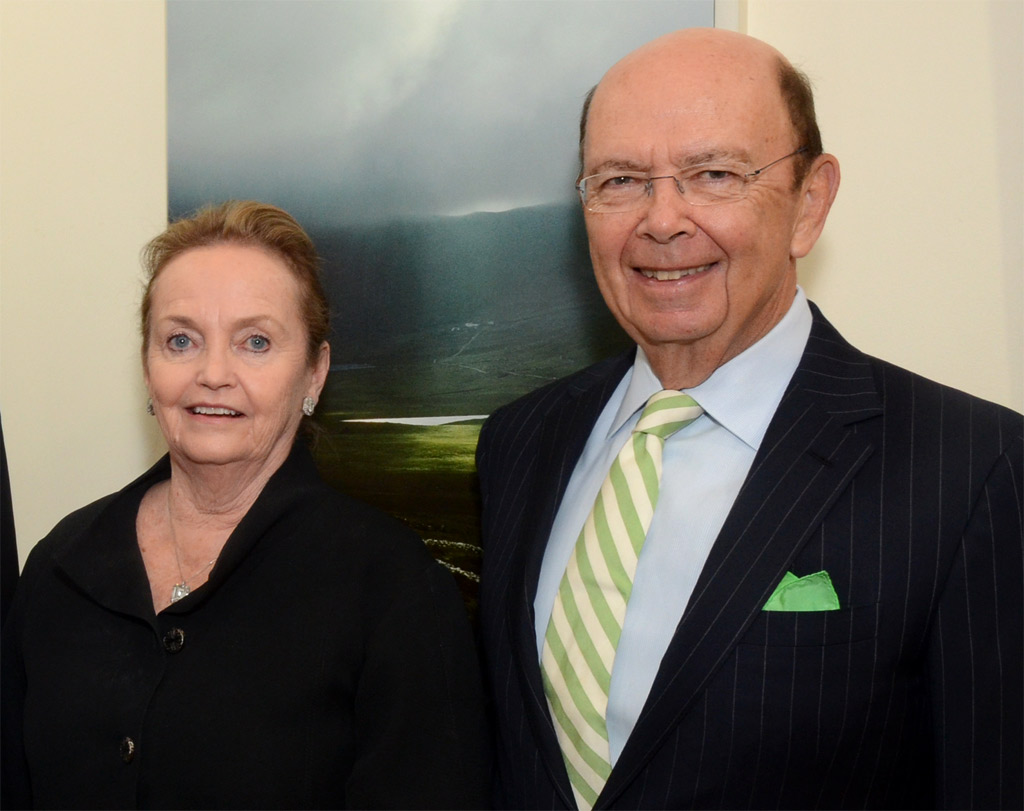 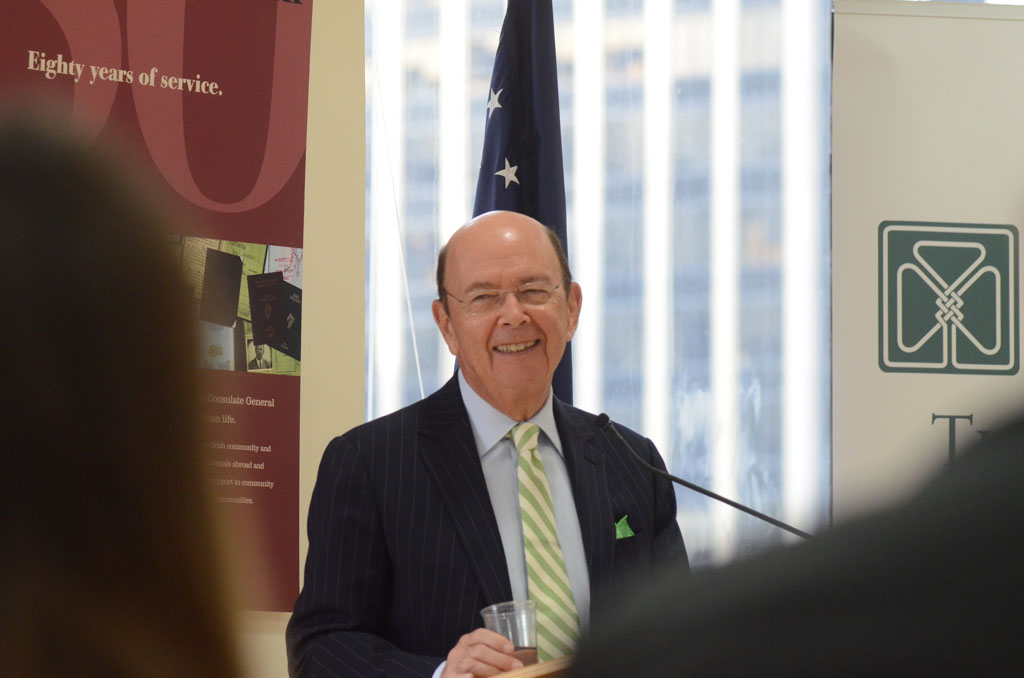 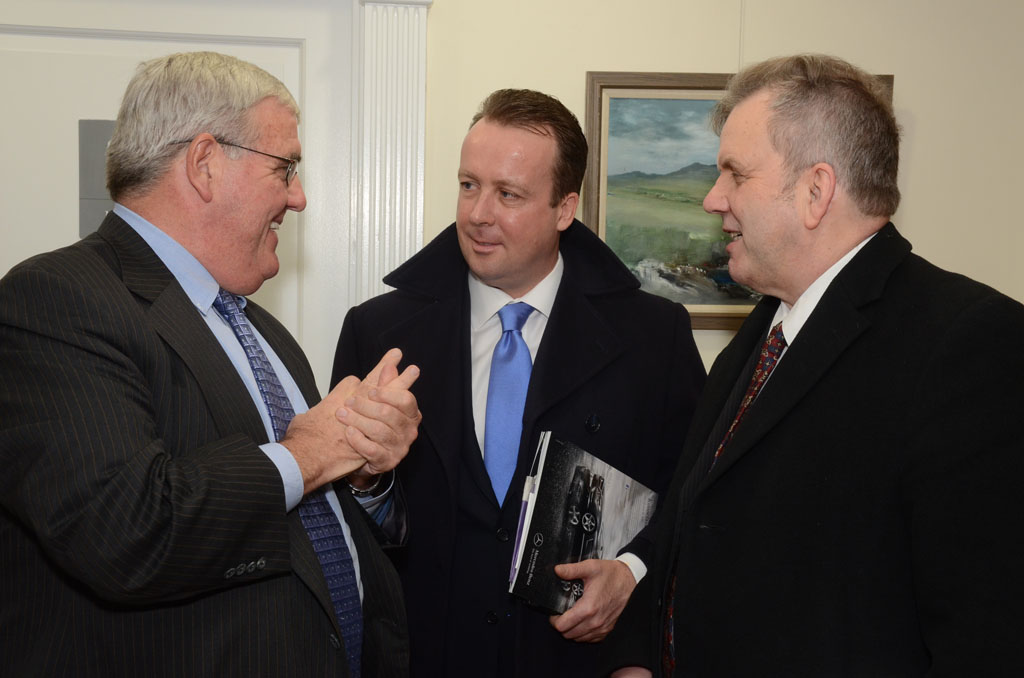 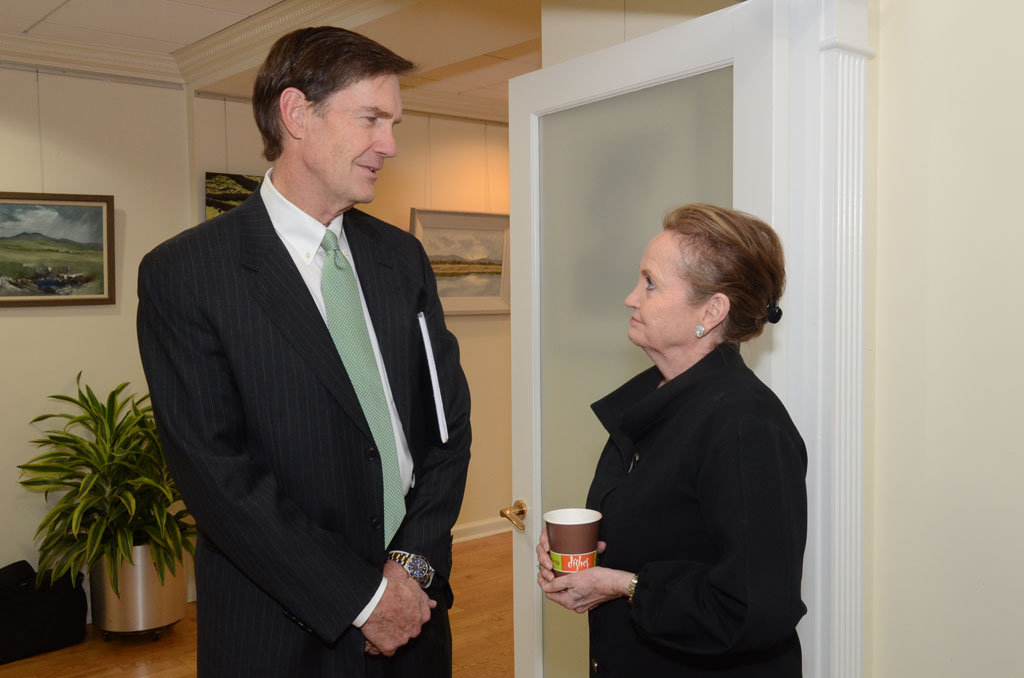 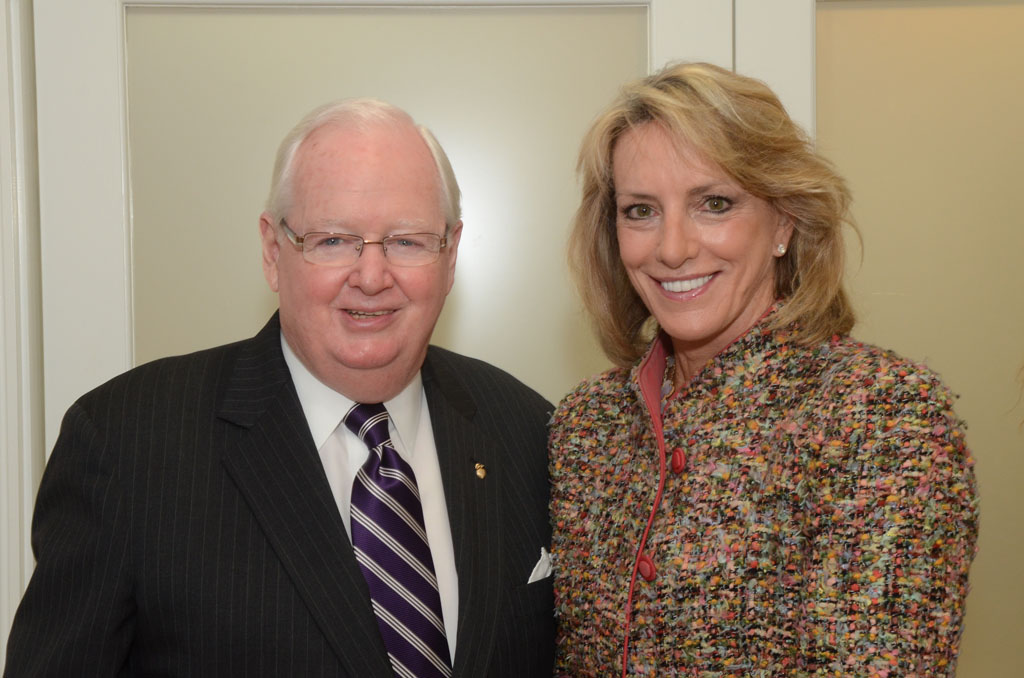 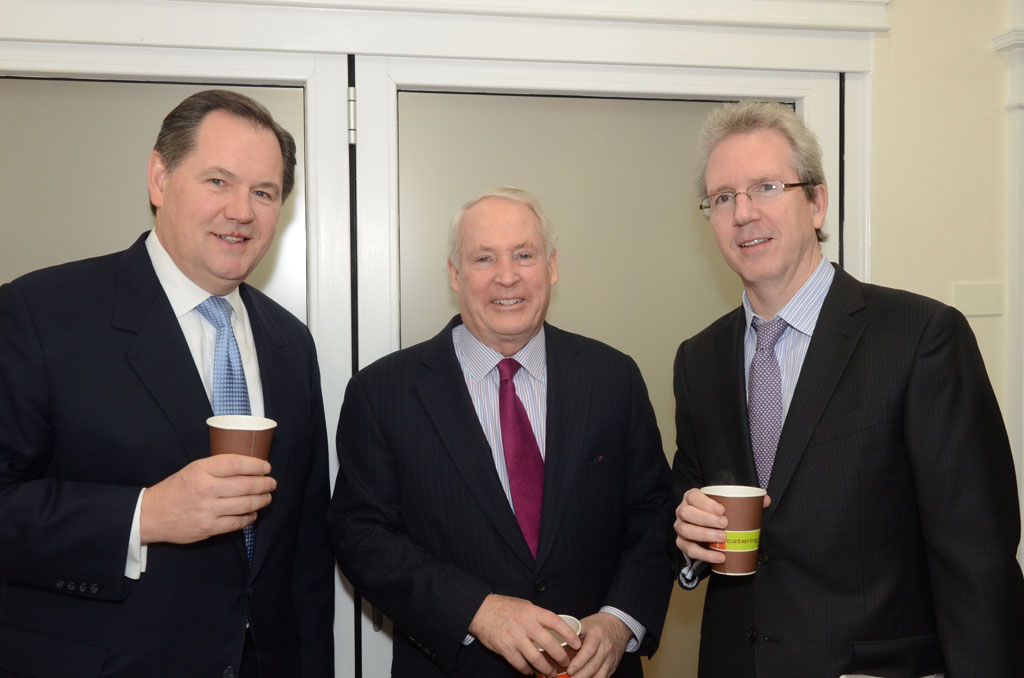 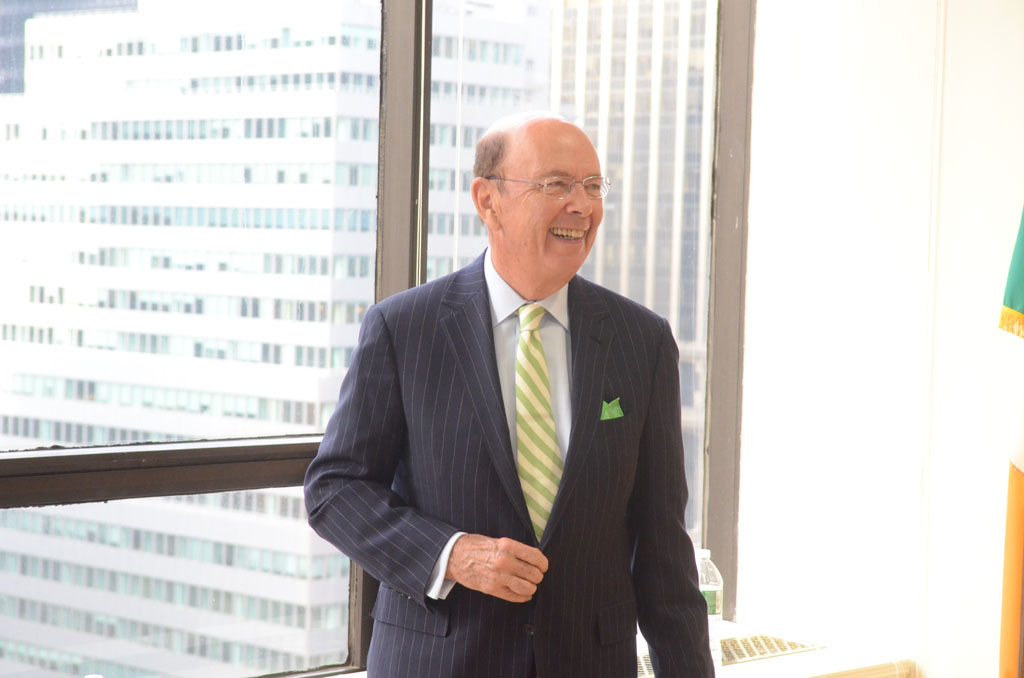 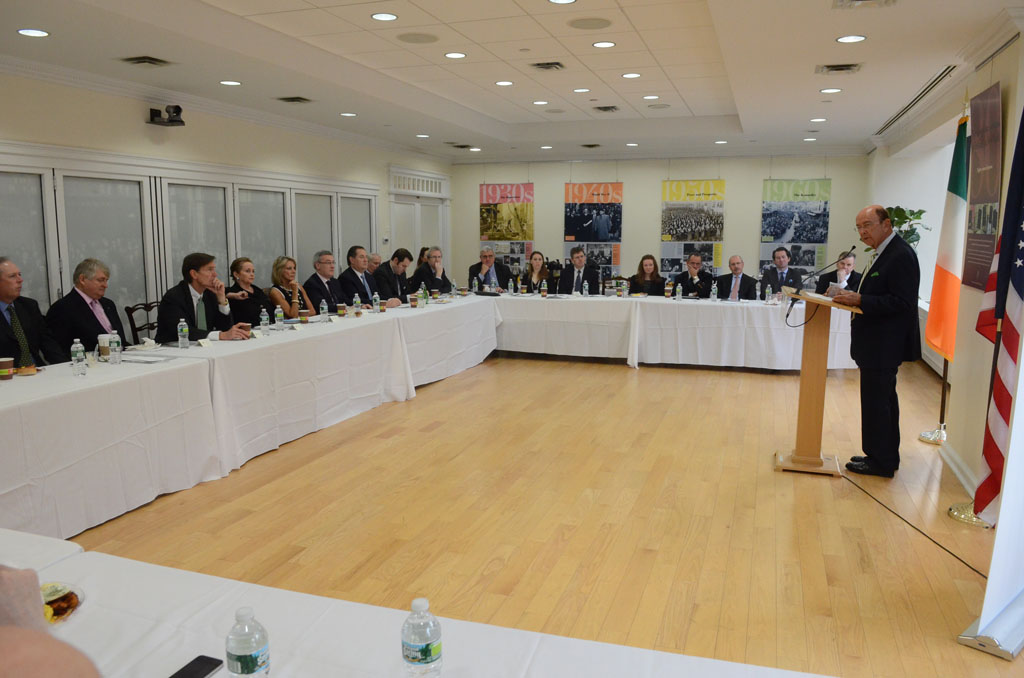