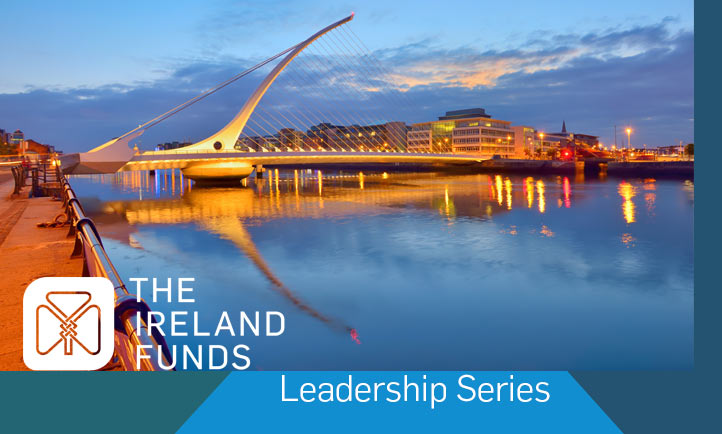 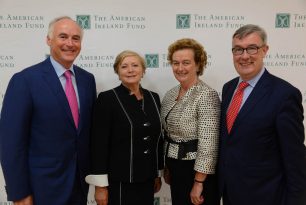 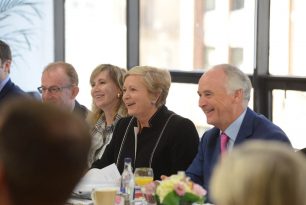 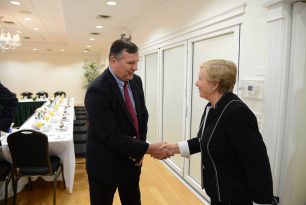 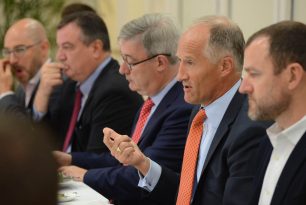 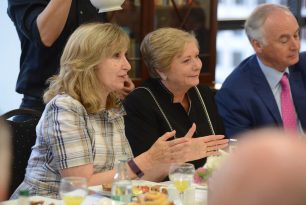 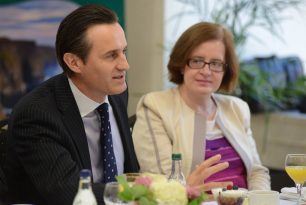 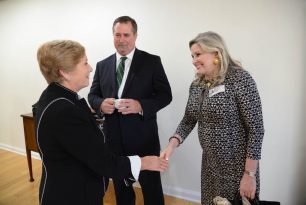 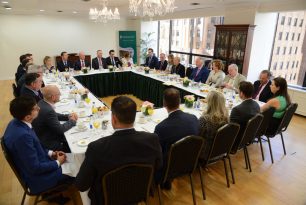 John Fitzpatrick, Chairman of The American Ireland Fund, welcomed the Tánaiste and Kieran McLoughlin, President & CEO of The Worldwide Ireland Funds, highlighted the importance of the Funds and spoke of importance of private philanthropy working in partnership with Government.

The Tánaiste spoke about the improving economic state of Ireland, but also highlighted issues surrounding housing problems and crime. The Tánaiste then opened the floor to questions and offered insights on a variety of topics in Ireland, including the charity sector in Ireland and the implications of Brexit.  The Tánaiste was acknowledged for her empowerment of the Charity Regulator in Ireland as it is seen as a crucial step in professionalizing the sector.  The dialogue then further detailed how the Government and The Ireland Funds could co-operate on this.

John Fitzpatrick closed the proceedings by thanking the Tánaiste for making time in her schedule to address The American Ireland Fund’s Board members and donors. 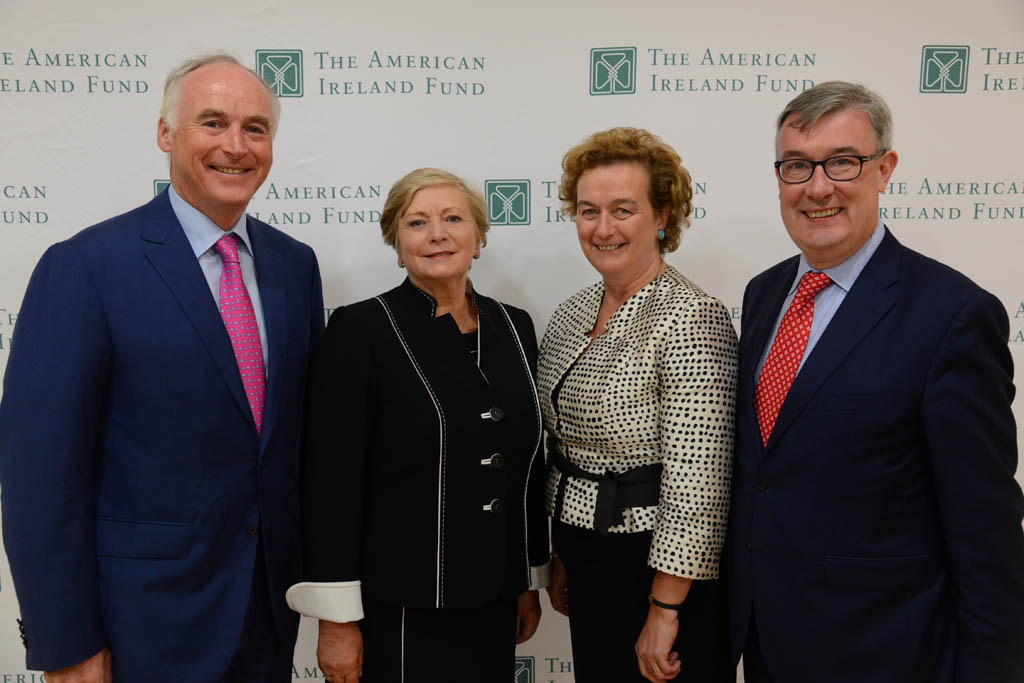 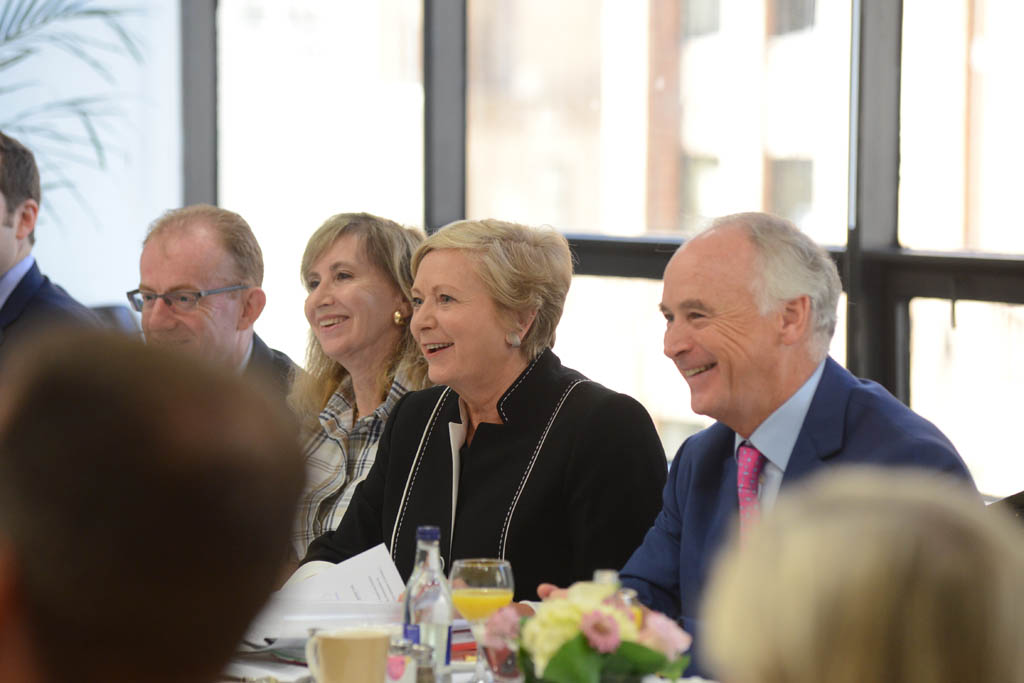 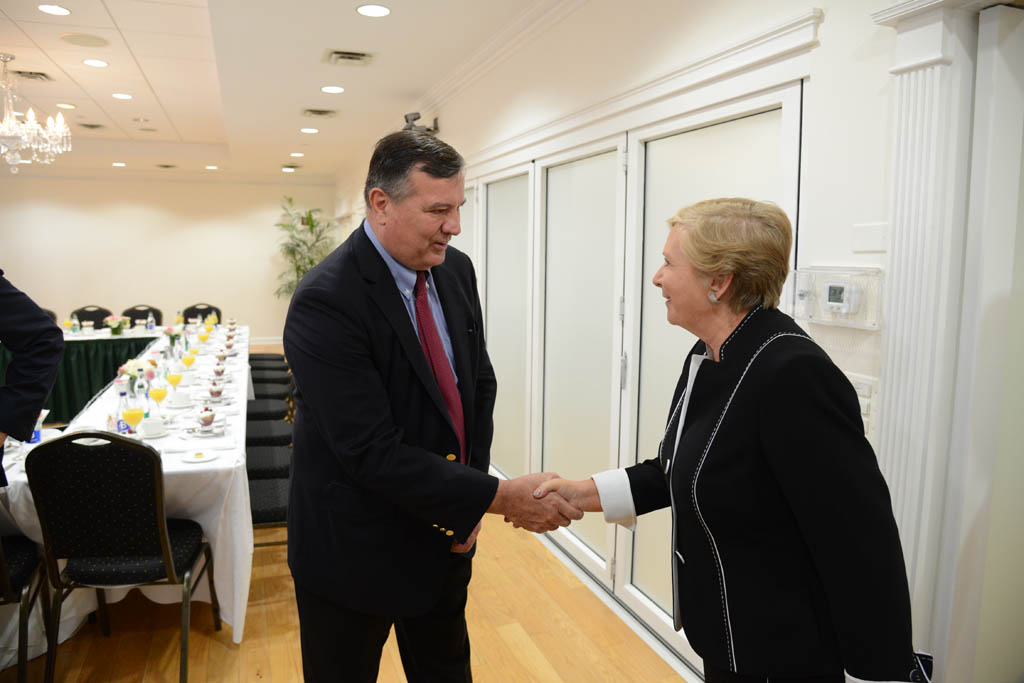 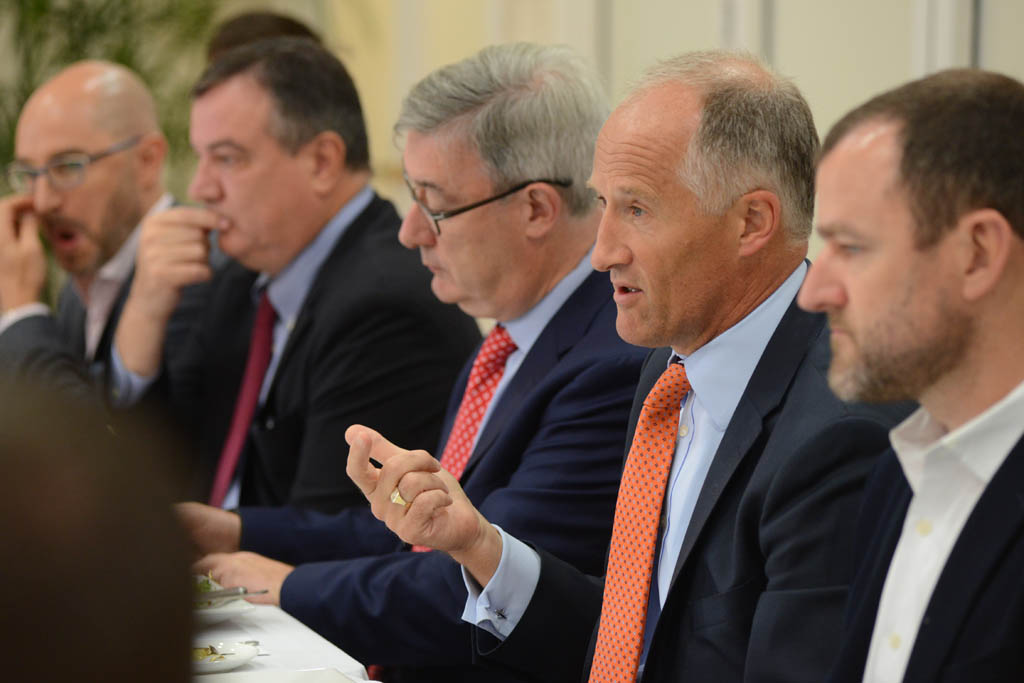 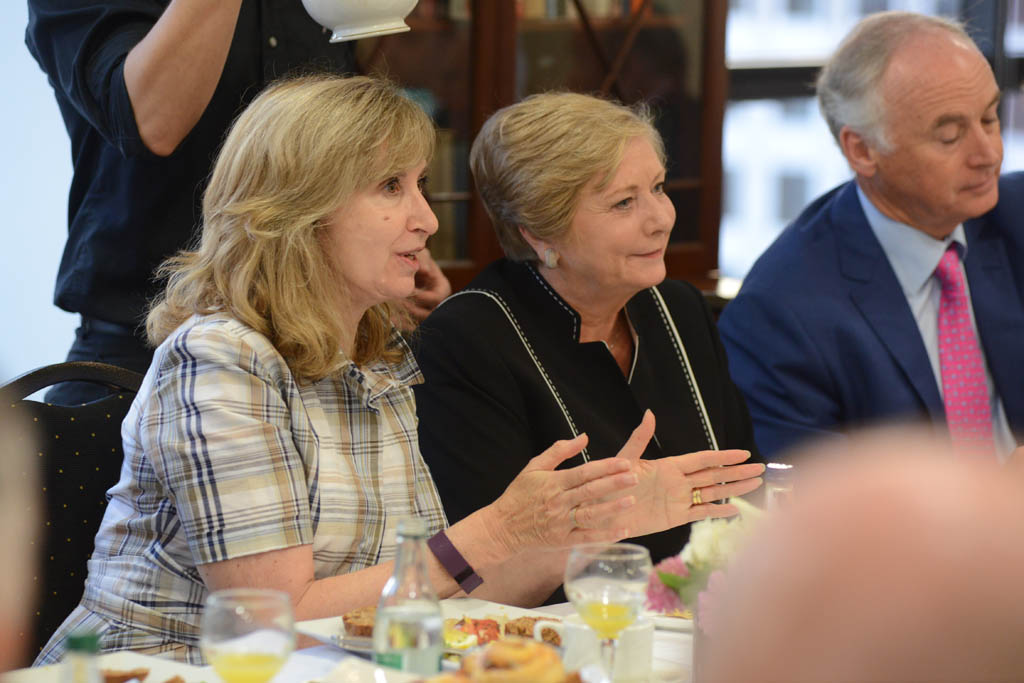 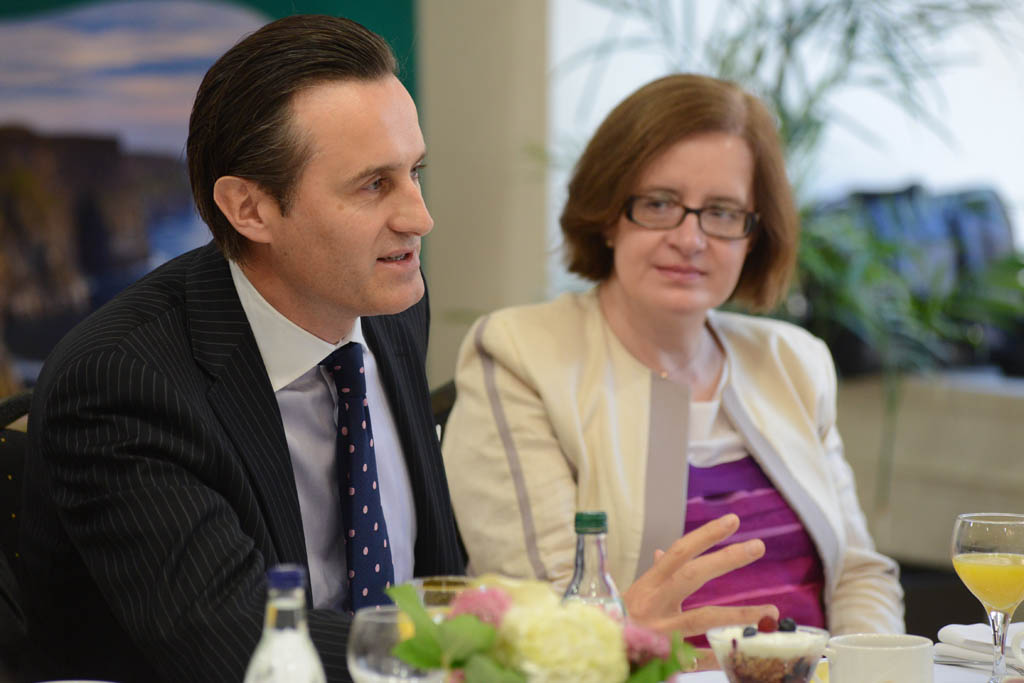 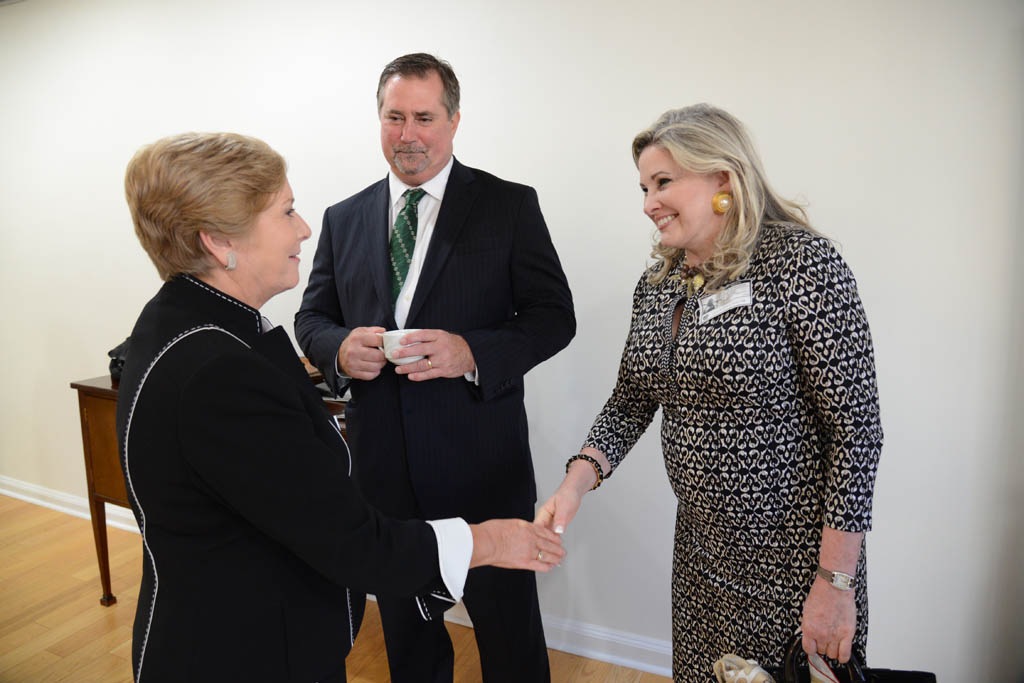 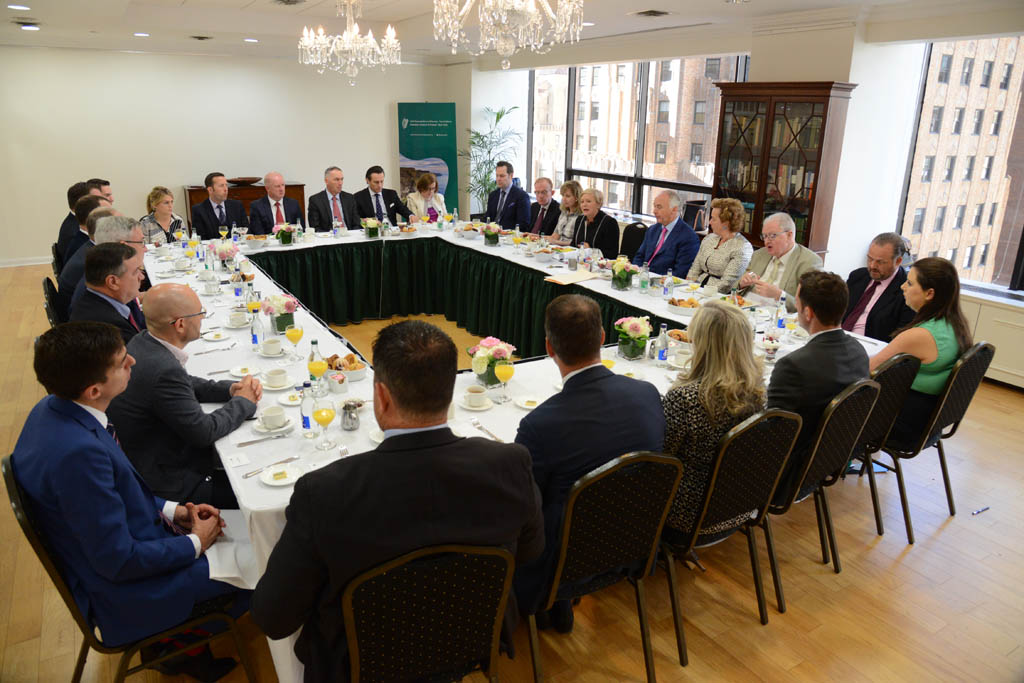