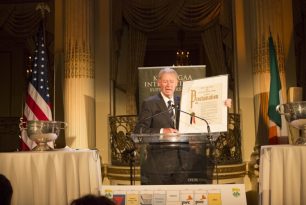 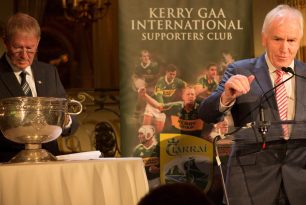 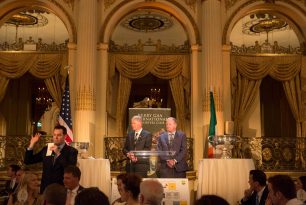 On Thursday May 28th 2015, the Kerry GAA hosted their annual Gala Dinner in New York’s Plaza Hotel in partnership with the American Ireland Fund. Over 400 supporters of the Kingdom turned out to show their support for the new Centre of Excellence which will incorporate two locations, a co-hosted GAA facility at the Institute of Technology, Tralee, and six playing fields with a training facility at Currans, County Kerry.

Micheal Ó Muircheartaigh, GAA commentator and native Kerryman, compared the atmosphere of the event to that of Ireland’s Iargest stadium: “The Plaza Hotel is like having a match in Croke Park – the venue was in tune with the mood of the night”. Mr. Ó Muircheartaigh received a formal Proclamation from the City of New York honoring him for his “Extraordinary contribution to Irish life and the Gaelic Games.”

An Taoiseach Enda Kenny addressed the audience via a message while Minister of State for the Diaspora, Jimmy Deenihan, attended the event and spoke of the impact the new centre will have both at home and abroad: “The new Centre of Excellence will not only benefit Kerry, it will also serve the diaspora since they can bring over young players for training camps in the summer. It could become a major centre for Gaelic football tourism.”

One of the evening’s highlights was an auction featuring high end works of art and craft from Kerry based and New York artists, as well as items contributed from international sporting stars who were determined to their support for Kerry.  Golfing star Rory McIlroy showed his support by signing flags while Shane Lowry donated one of his pitching wedges. A number of renowned Kerry artists created pieces specifically for the event including a portrait of Mícheál Ó Muircheartaigh by Liam O’Neill and a four-foot-high urn by potter Louis Mulcahy depicting Saint Brendan sailing to America. Tony O’Shea of Ambri Wood Pieces carved a Gaelic football out of 200-year-old wood that is mounted and signed by five top All-Ireland winners. 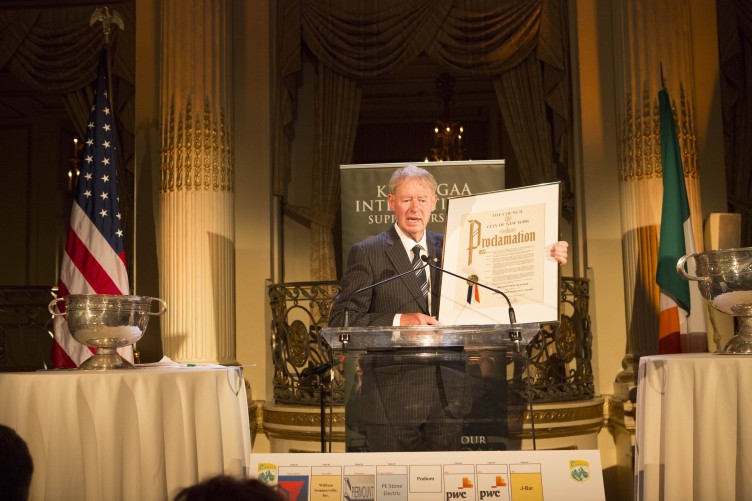 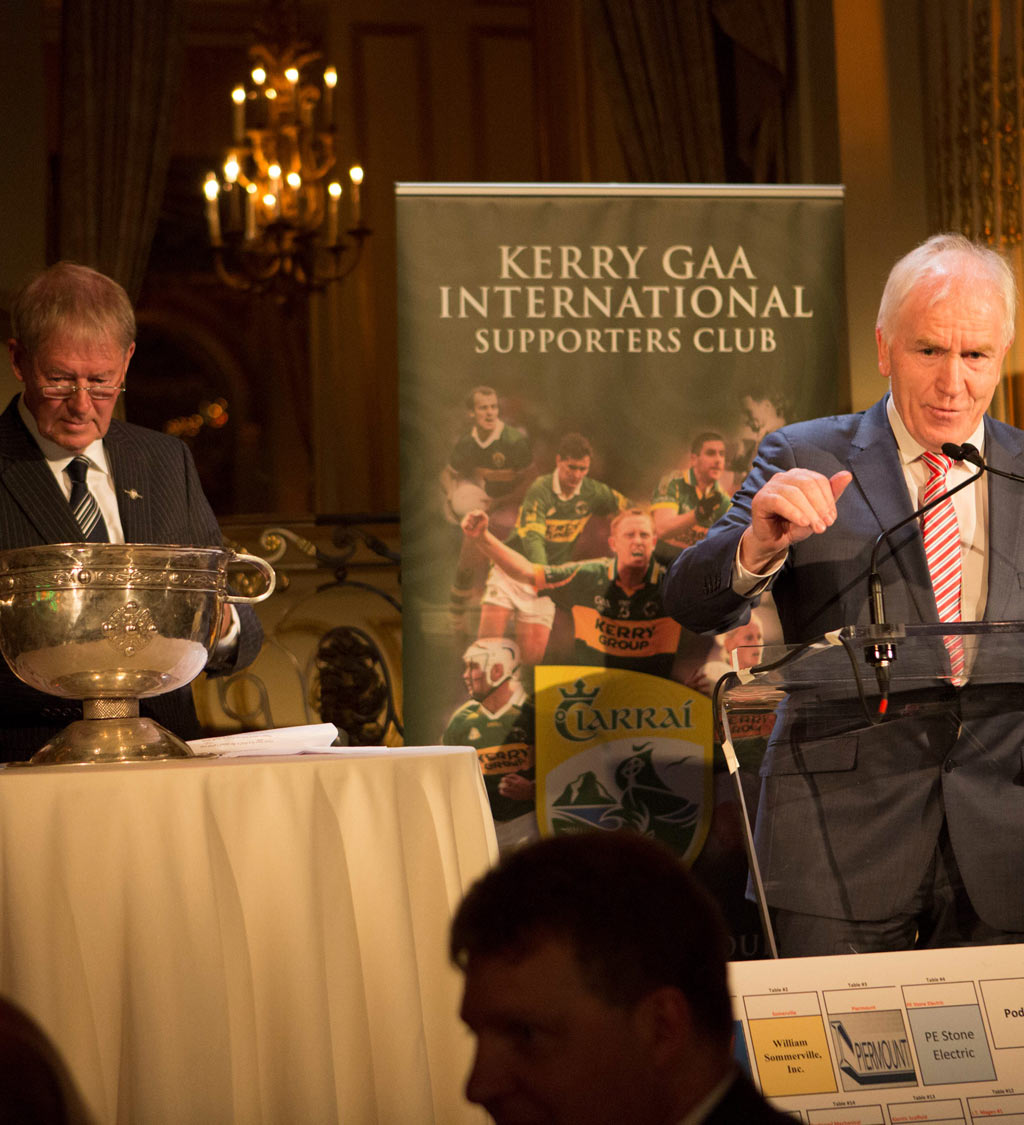 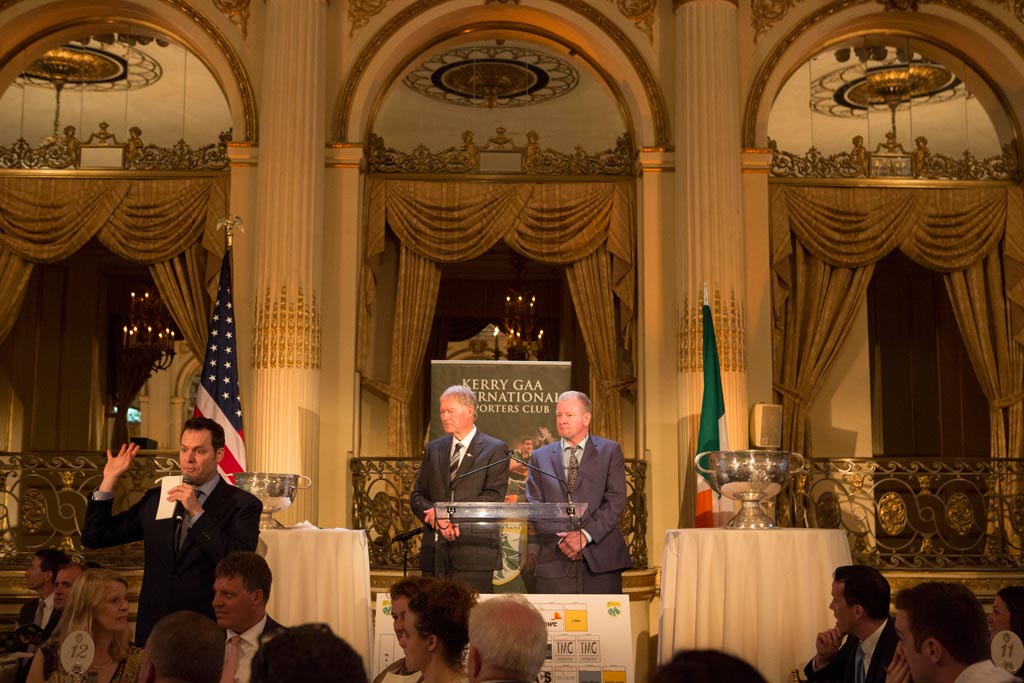