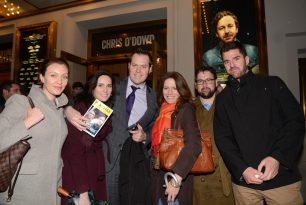 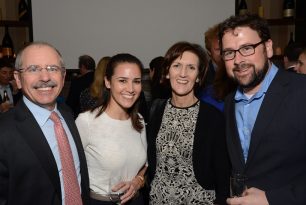 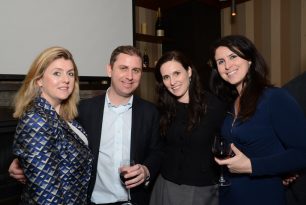 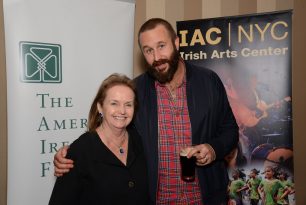 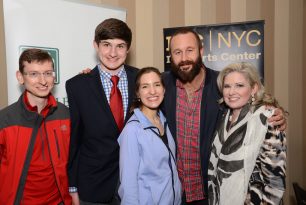 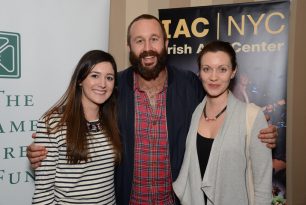 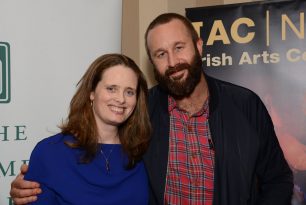 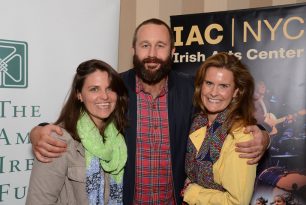 On Tuesday, April 29th, The Gallery Circle along with our friends from the Irish Arts Center (IAC), gathered at the historic Longacre Theater for “An Irish night on Broadway” with Chris O’Dowd who was starring in the stage revival of John Steinbeck’s classic novella Of Mice and Men, a story about two displaced migrant field workers making their way from place to place in search of new job opportunities during the US Great Depression.

It was a special performance as earlier that day, Chris O’Dowd was recognized for his work by receiving a “Best Actor” Tony nomination for his leading role as Lennie Small in the classic tale.

Following the sold-out performance, the supporters gathered for a cocktail reception at the Glass House Tavern around the corner from the Longacre Theater. Chris O’Dowd joined the reception for an intimate “meet and greet” with American Ireland Fund supporters.

Chris happily took pictures and signed autographs and addressed the group with his signature humor and Irish wit. After hearing from Young Leader Pauline Turley & watching a video about the campaign to establish a new home for the Irish Arts Center, Chris spoke about the importance of building the new IAC in New York so that we will have a place where future generations will learn and cherish the great gift of the Irish arts for years to come. 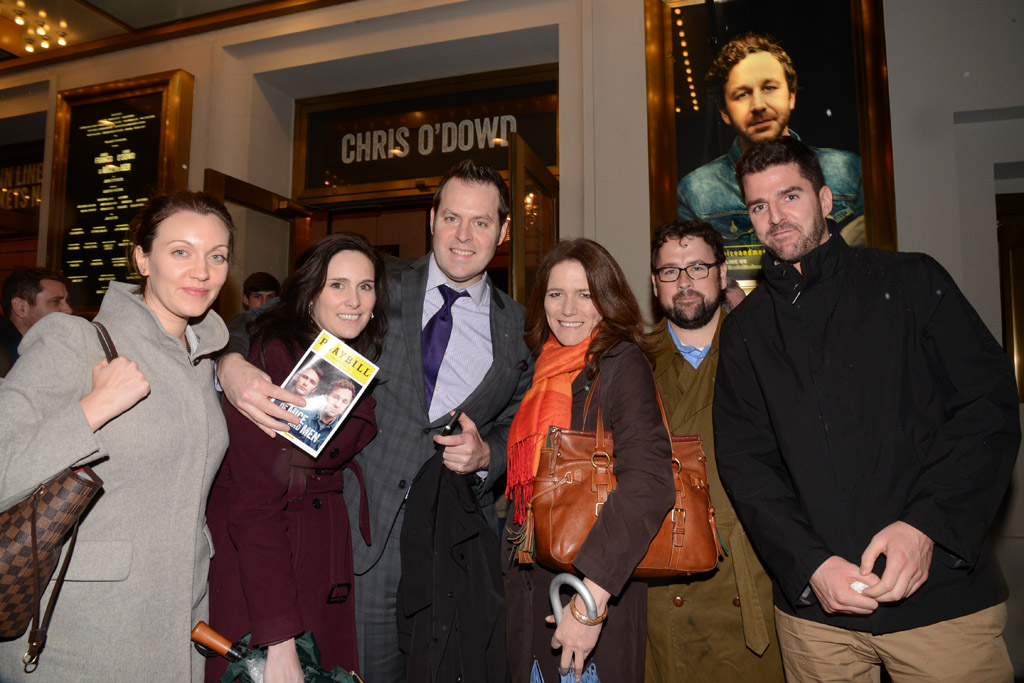 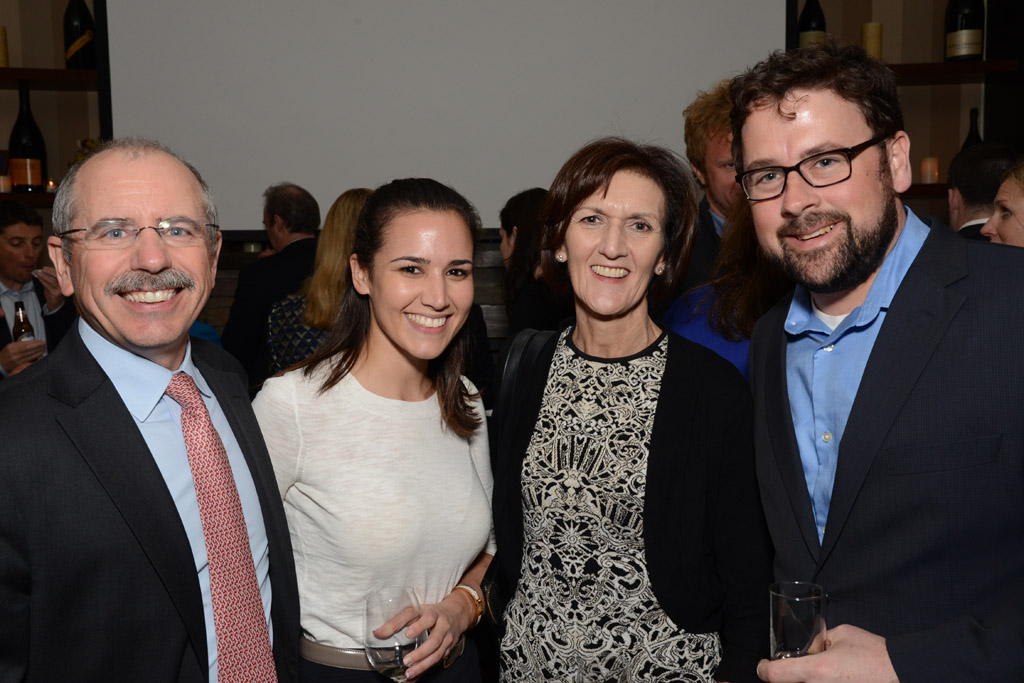 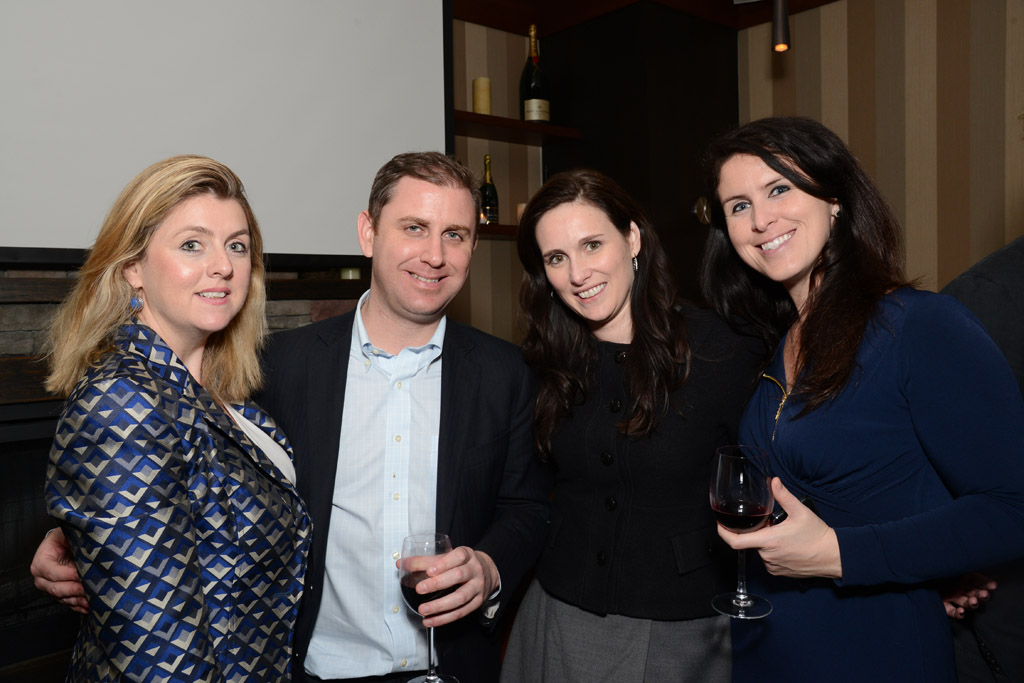 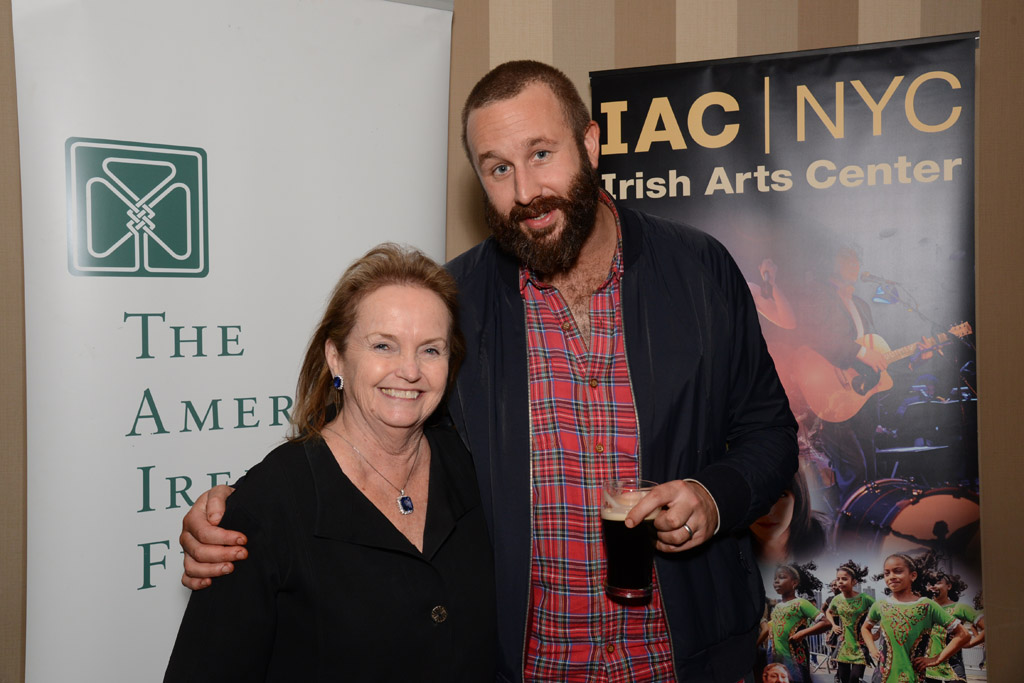 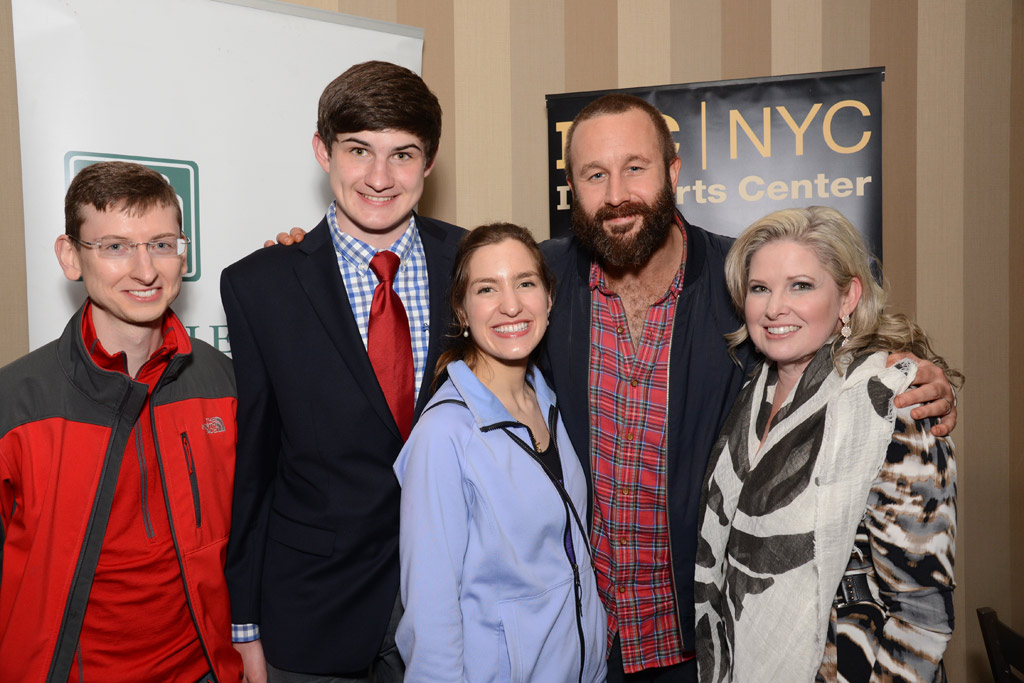 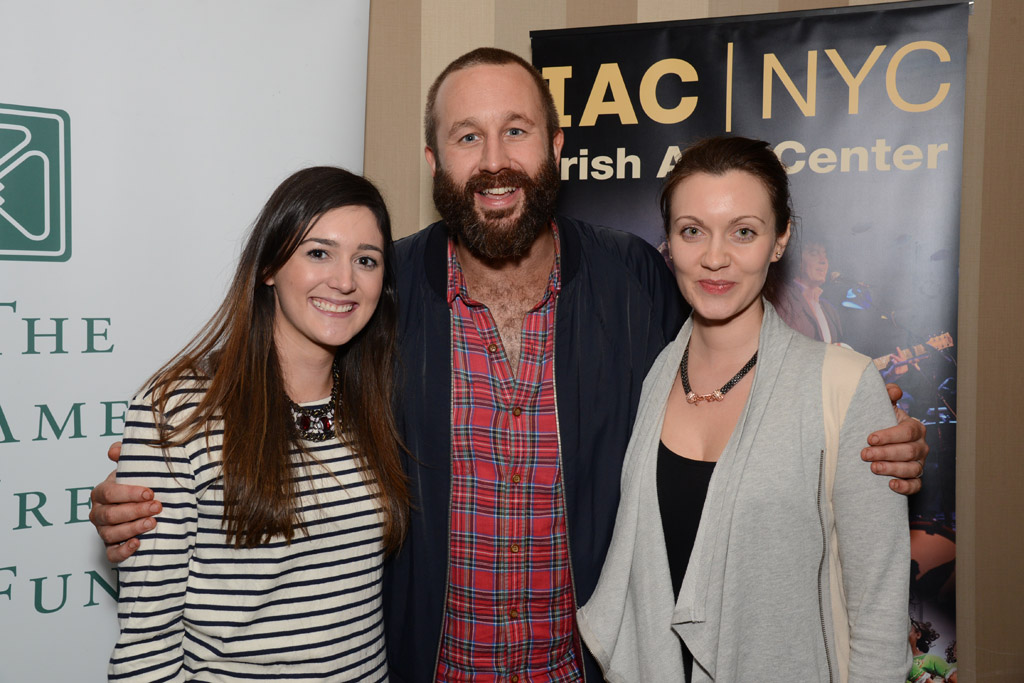 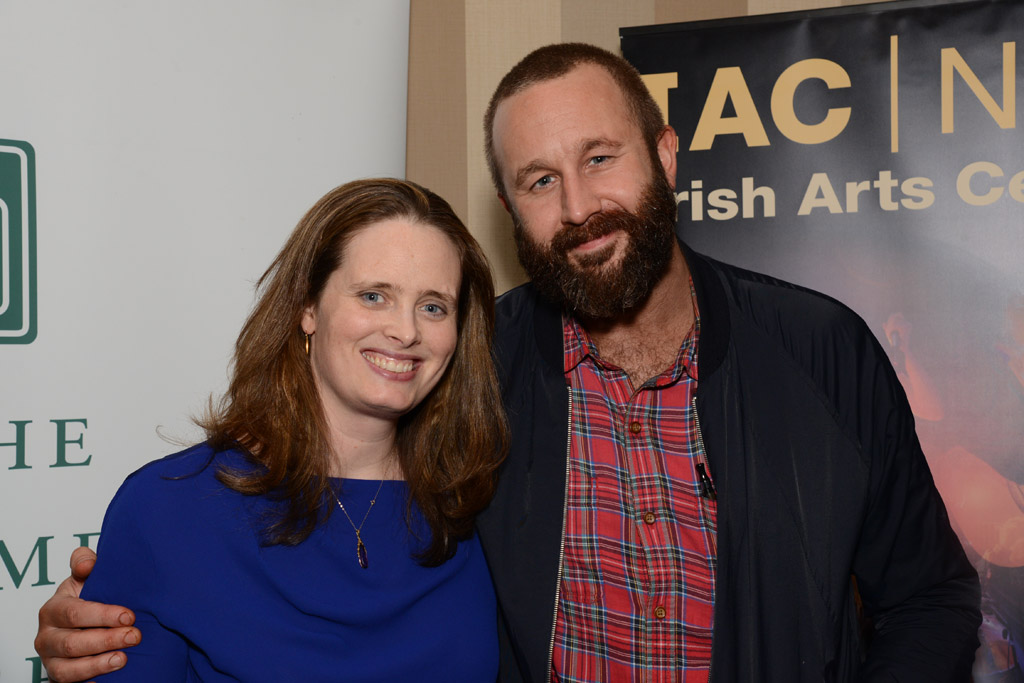 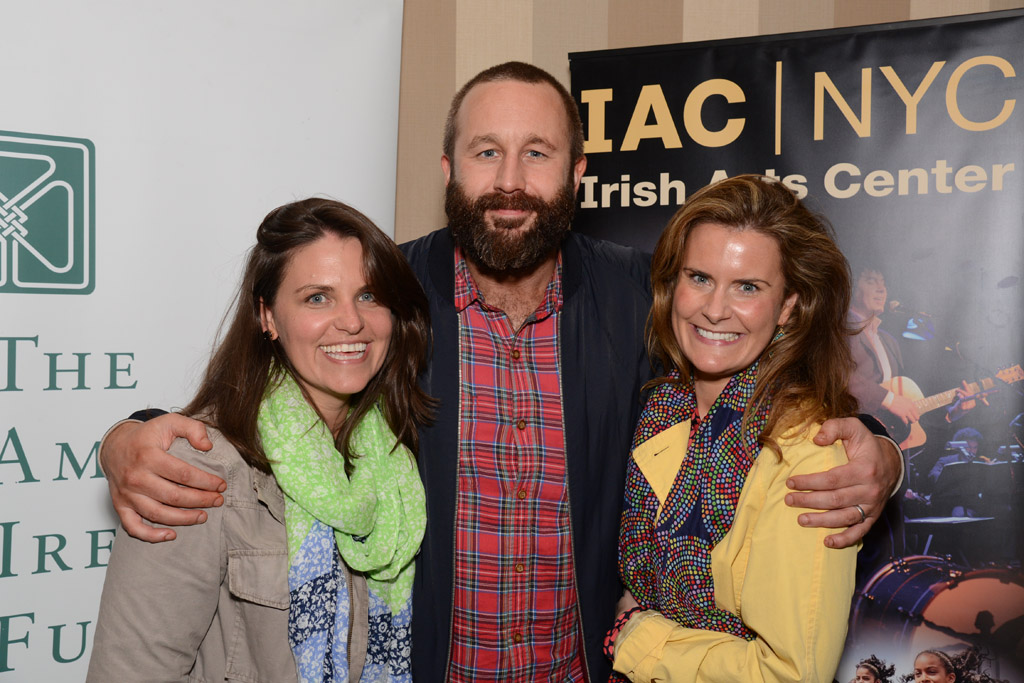 This invitation is for Young Leader members only and non-transferable.
Please do not forward this invitation.
Non-member ticket sales will be retued. Thank you.

CELEBRATE THE IRISH ON BROADWAY

OF MICE AND MEN