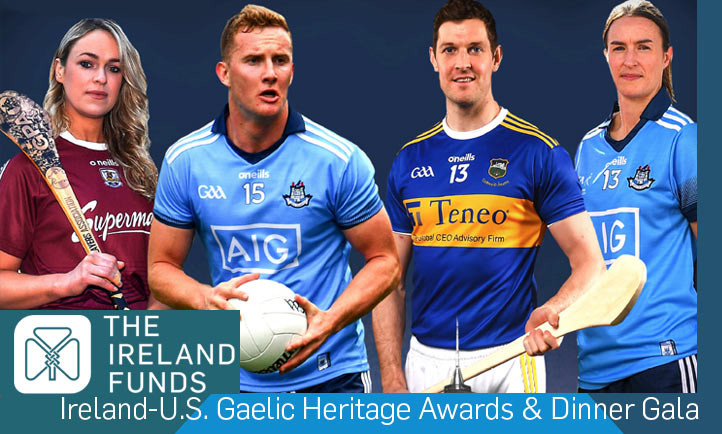 I am unable to attend but would like to support the team.
Make a contribution

Sean Mulryan is Founder, Chairman and Group Chief Executive of The Ballymore Group – one of Europe’s most innovative and dynamic property developers. Born in rural County Roscommon, Sean trained as a bricklayer and stonemason in Galway and worked initially in Dublin before founding Ballymore with his wife Bernardine in 1982. Ballymore began by building one-off houses in and around Ballymore Eustace in County Kildare (hence the name Ballymore). Today Ballymore is responsible for developing thousands of homes each year, as well as managing an extensive commercial, retail and leisure portfolio.

Since 2016, Ballymore has delivered over 2,000 homes per year in London alone with forward sales approaching c.£2bn. The company is also adding to its corporate portfolio, with 1 million sq. ft. under construction in the UK and Ireland.

Sean’s passion in life has always been sport. He has an active interest in most sports but particularly in Gaelic games, rugby and horse racing. He has been a great advocate of keeping young people on the right side of the tracks by encouraging their interest in sport, education, the arts and culture. To this end, Sean has sponsored numerous GAA clubs in Roscommon (Oran GAA Club), Wicklow (Hollywood GAA Club) and Kildare (Ballymore GAA, Raheens GAA and Two Mile House GAA Clubs) over the years and has been the county sponsor of both Wicklow and Roscommon. His is actively involved in supporting the Roscommon GAA Academy. Ballymore has also been heavily involved in National Hunt Racing over the years with sponsorships in both Cheltenham and Punchestown racecourses. Sean has an interest in rugby and has been involved in the sponsorship of local rugby clubs.

His support of the communities which Ballymore work in, extends to the Arts and Culture. An example is the collaboration with English National Ballet to open up a world-class performance space at London City Island alongside the London Film School. Sean is a board director of Ireland West (Knock) Airport because he believes in its importance as a gateway to the world for people coming and going to the West of Ireland. He has also been involved in numerous initiatives in the West of Ireland including The Mayo Roscommon Hospice and Knock Shrine.

Ballymore is a family business and Sean is passionate about the importance of family businesses to the economies of the world. He is on the board of the National Centre for Family Business at Dublin City University and his role as a mentor to other family businesses in terms of succession planning and next generation training is highly valued.
Both Sean and Ballymore are committed philanthropists and have donated to numerous local causes both in the UK and Ireland over the years. In his downtime, he loves nothing more than escaping into the natural habitat that surrounds his home in Ballymore Eustace.

The Gaelic Players Association (GPA) takes pride in representing over 2,300 current players, protecting their welfare on/off the pitch and supporting their development as people. As well as representing these players, we support an ever growing number of retiring and retired inter county players.

Life after sport, whether intentionally or through injury, can be a complex, challenging process. In many cases, players struggle to adjust to retirement. The GPA Transition Program aims to assist players in preparing for and adjusting to that transition through a combination of supportive and developmental interventions, extending players’ careers and personal growth beyond their sports environment.

We invite you to join us and support our event. Your support will assist the Transition Program, creating a brighter future for former players.