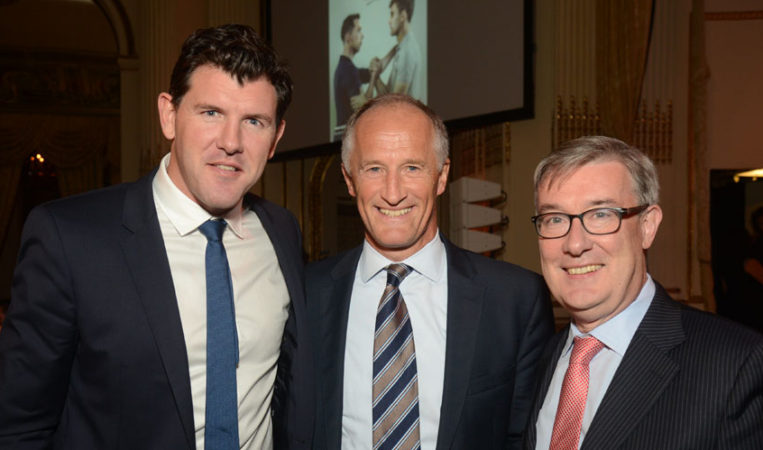 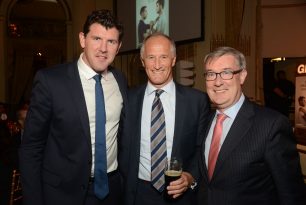 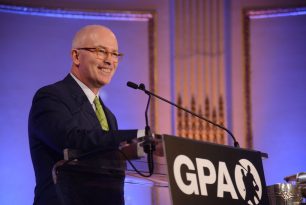 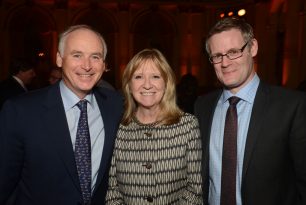 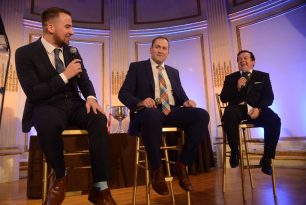 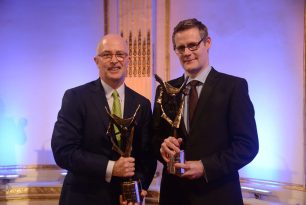 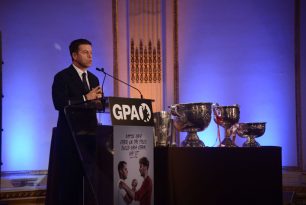 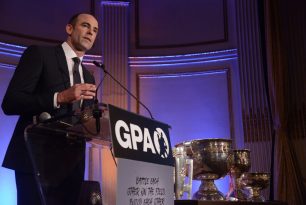 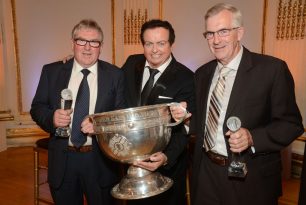 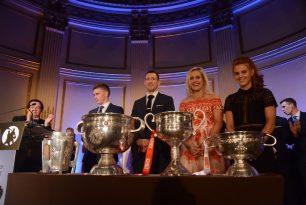 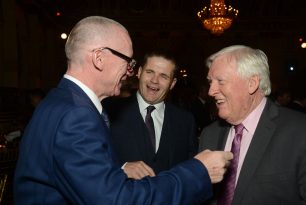 On Thursday October 6th 2016, the Gaelic Players Association (GPA) held their Ireland-U.S. Gaelic Heritage Awards Gala in the New York Plaza Hotel in partnership with The American Ireland Fund. The gala, now in its fifth year, brought together over 400 guests and GPA supporters. Attendees enjoyed a cocktail reception which was followed by a special questions and answers session hosted by the evening’s master of ceremonies, RTÉ presenter Mary Morrissey.

The panel was made up of a mixture of GPA all-stars including one of Ireland’s most successful hurling players Donal Og Cusack and CEO of the GPA Dessie Farrell. This year, the GPA honored Bob McCann, Chairman of UBS Americas and Stephen Kavanagh, Chief Executive Office of Aer Lingus. Bob McCann also sits on the Board of Directors of The American Ireland Fund. Following an update of the GPA’s activities over the last twelve months by the organization’s President, Dermot Earley, the Ireland-U.S. Gaelic Heritage Award was presented to Donal Moriarty of Aer Lingus on behalf of Stephen Kavanagh who was unable to attend.

Declan Kelly, Chairman and Chief Executive Officer of Teneo Holdings, presented Bob McCann with the second Ireland-U.S. Gaelic Heritage Award of the evening. Mr. McCann paid tribute to Dessie Farrell, CEO of the GPA, for introducing him to the incredible work of the GPA. Marty Morrissey invited Conor Cusack and Alan O’Mara to the stage to give an insight into how funds raised from the event will support GPA initiatives such as the “Mind Our Men” campaign. Speaking of their own experiences with mental health, both Mr. Cusack and Mr. O’Mara thanked all in attendance for their commitment and generous support for the “life changing and lifesaving” work that the GPA does in Ireland. After dinner, Pat Tully of The American Ireland Fund led the auction which raised funds to provide education and training grants for students, personal development coaching, health and wellbeing services and empowerment workshops. The evening closed with a fireside-style chat between two former All-Ireland champions and recipients of the GPA Lifetime Achievement Awards, Martin Furlong and Seamus Darby. 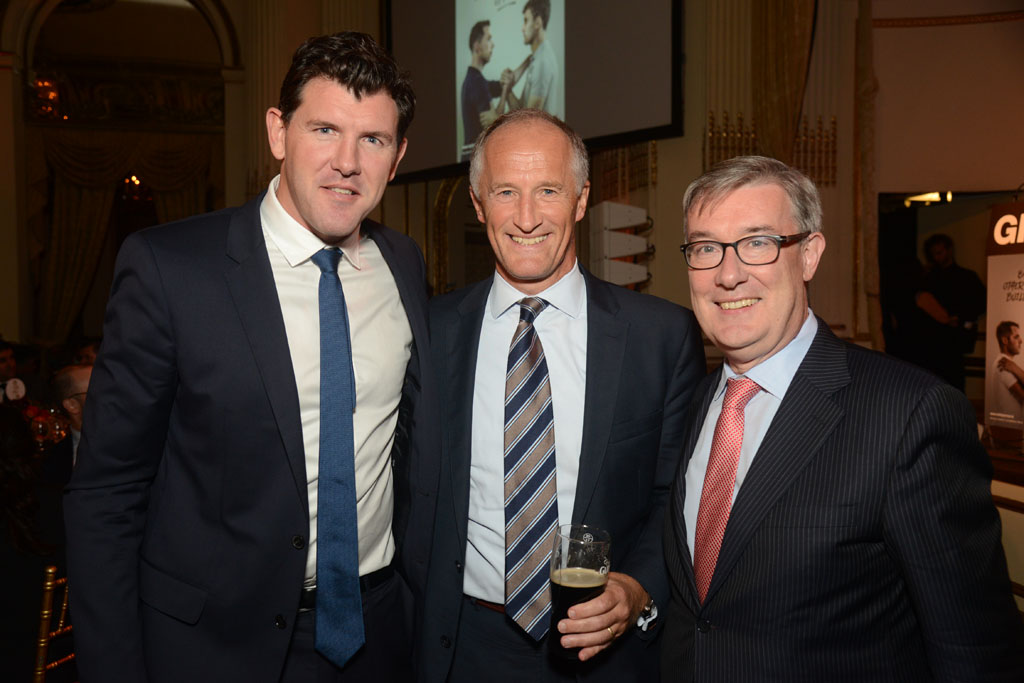 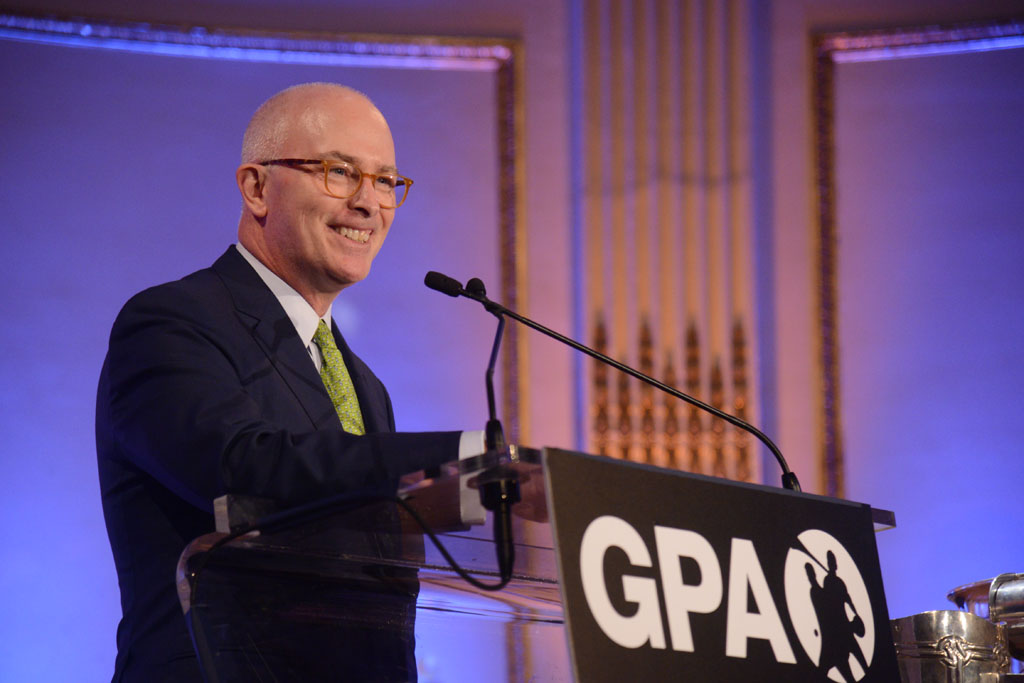 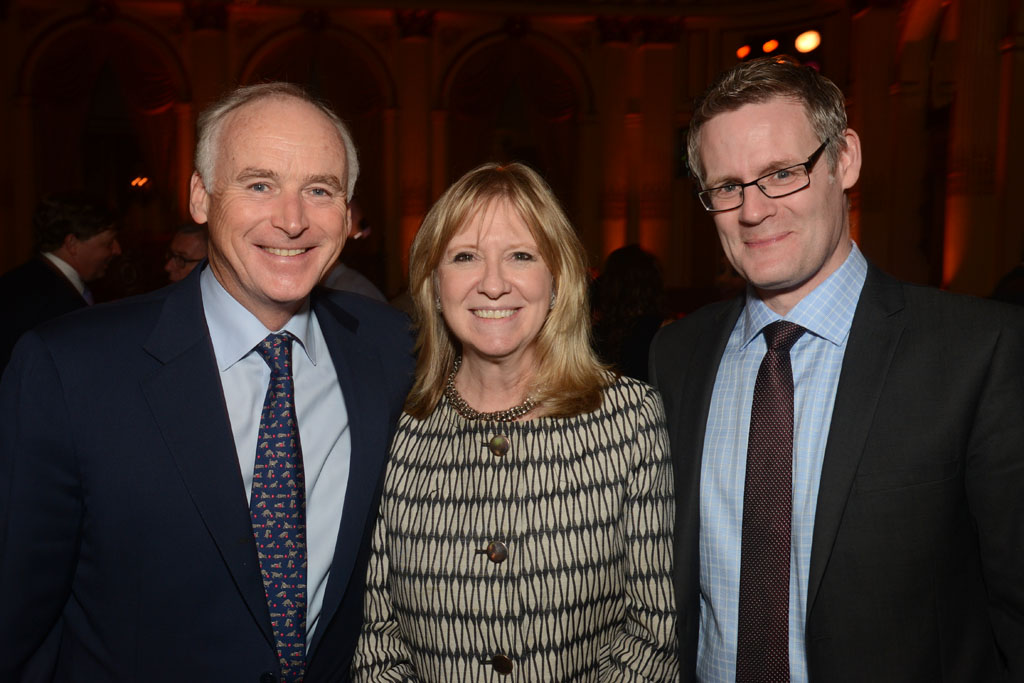 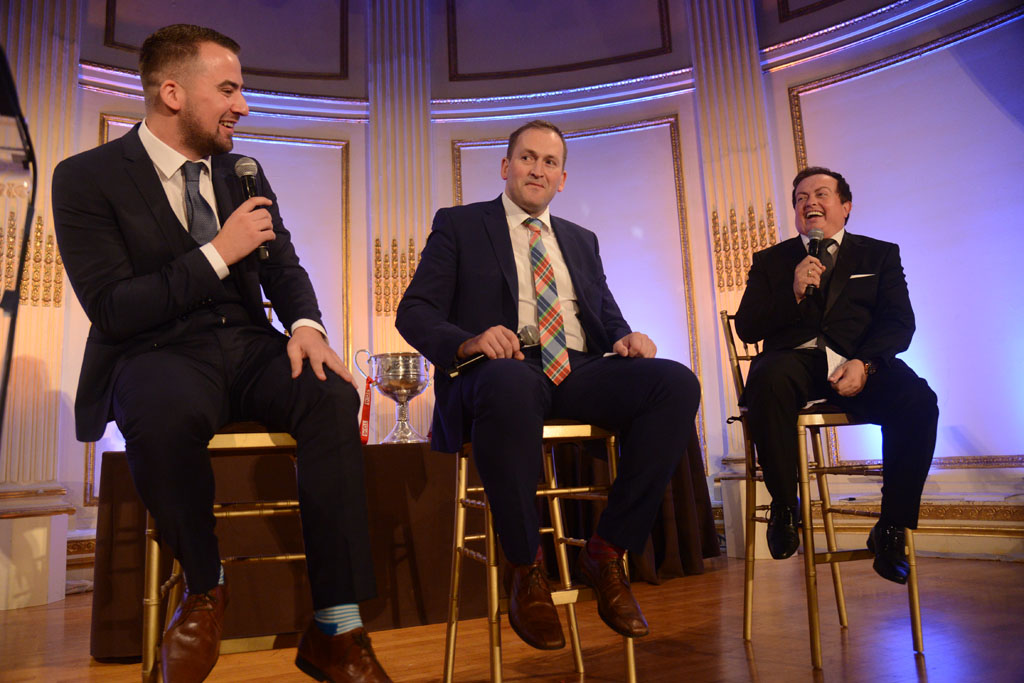 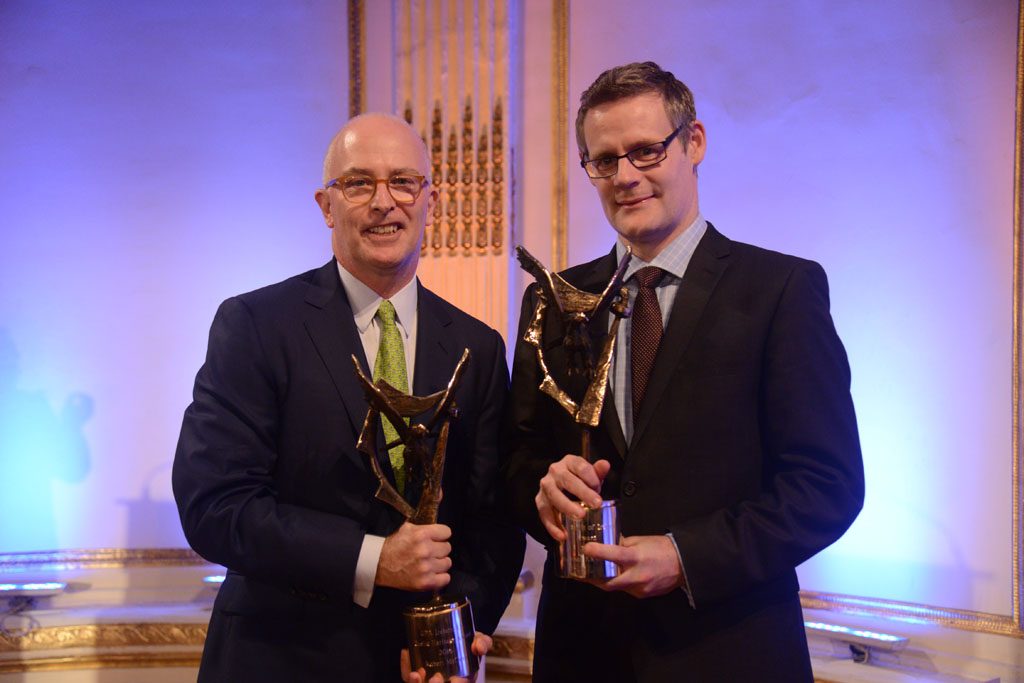 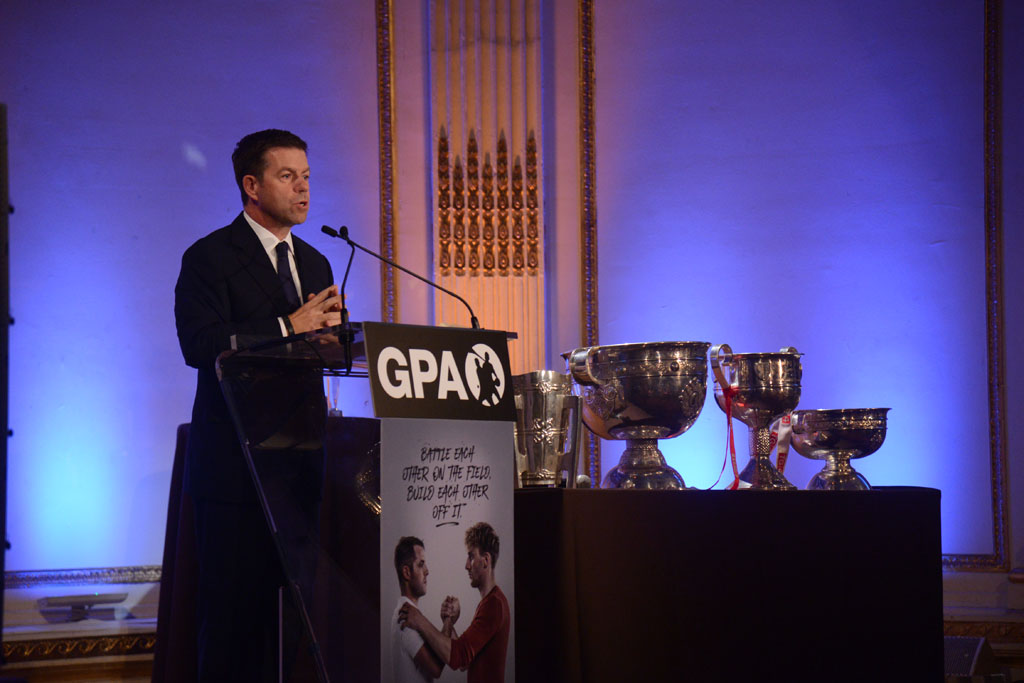 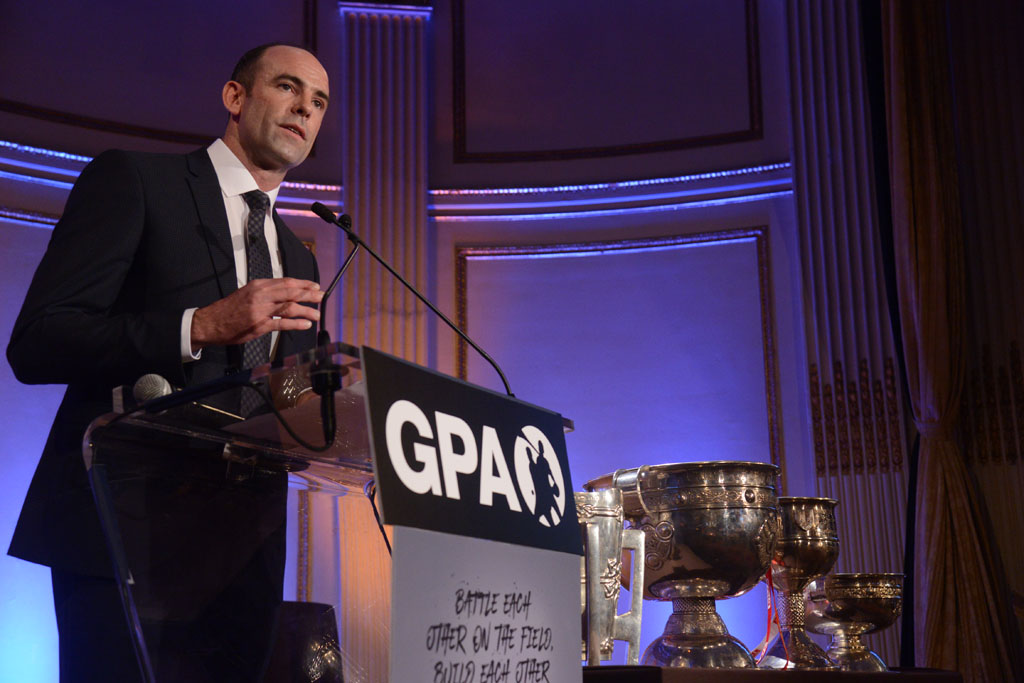 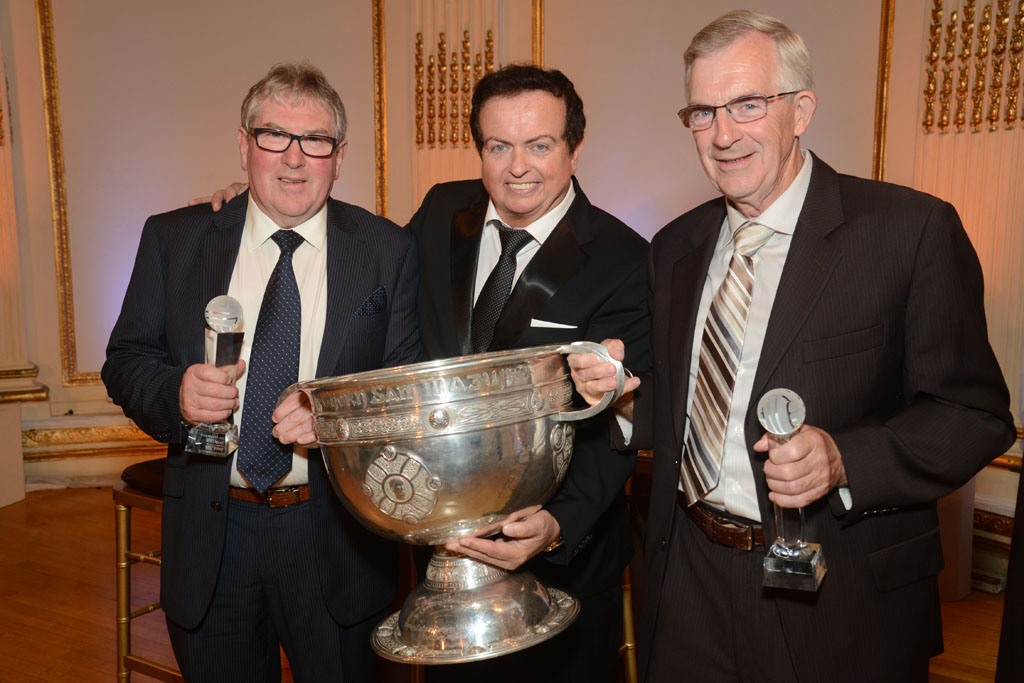 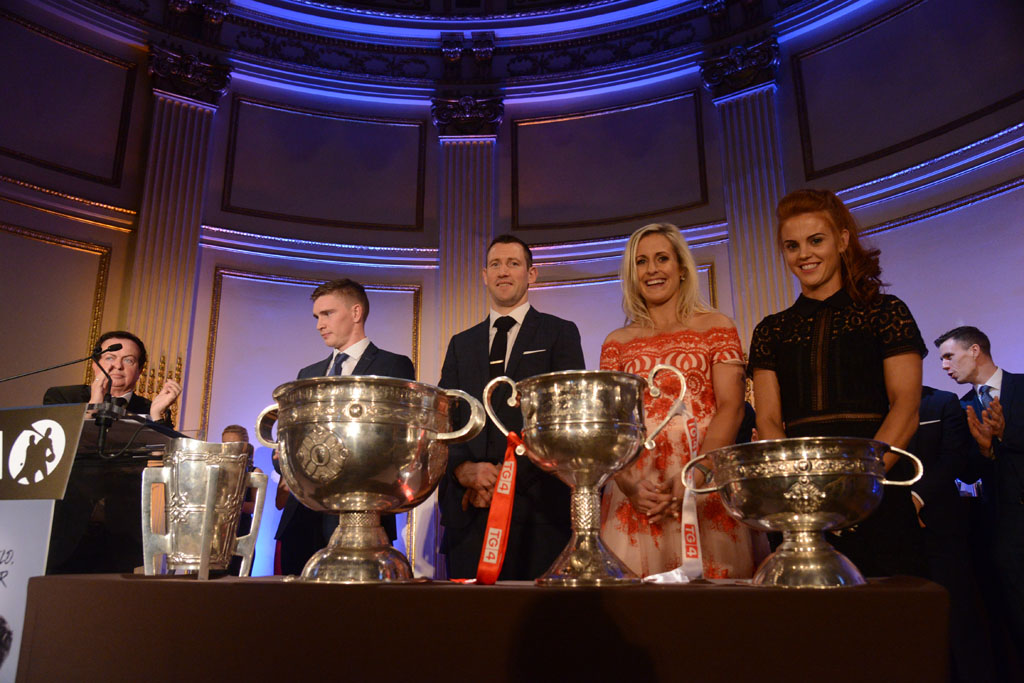 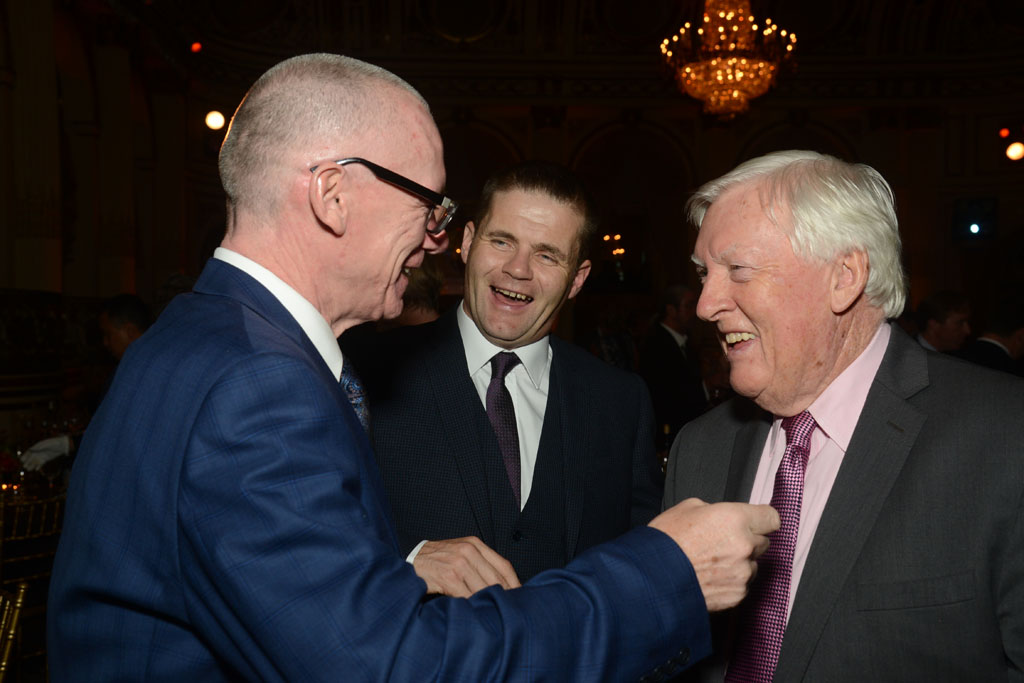 Through the GPA Player Development Program we aim to make a demonstrable difference to the lives of our elite amateur county Gaelic footballers and hurlers by helping them to achieve their true potential off the field of play.
Representing over 2,200 current county players and a growing number of former players, the GPA believes passionately that by nurturing the many great qualities of our athletes, these wonderful role models go on to contribute enormously to Irish society during and beyond their playing days.

The personalized GPA Player Development Program, provides a comprehensive range of programs in the areas of personal development, education and leadership, and health and wellbeing. The program is tailored to meet the specific needs of individual players, helping them to realize their potential.

The aim of our programs is to make a real difference in the lives of our players and to the lives of those people they influence, now and in the future. We want to support our athletes to be part of a new generation of authentic leaders in Irish society; leaders in education, business, politics and community activism. By investing in these high potential individuals, you can make that happen.
To realize this ambition we are asking you to join us in partnership and to guide us in leading this transformational change. Together we can build a great future for our players and the communities they live in. The proceeds from the dinner will help GPA to continue these important programs.