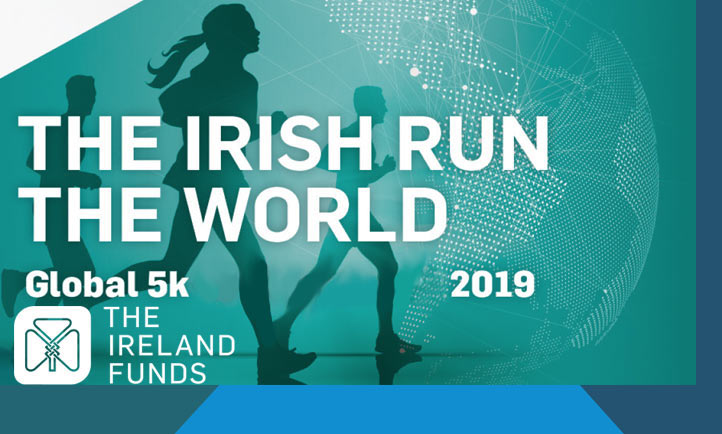 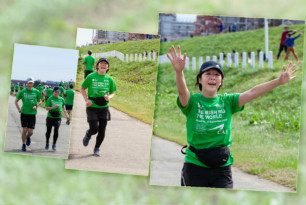 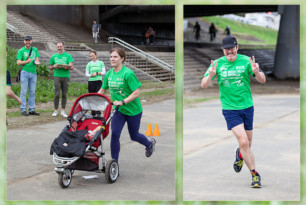 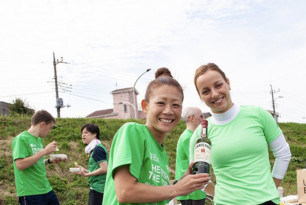 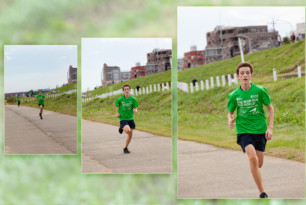 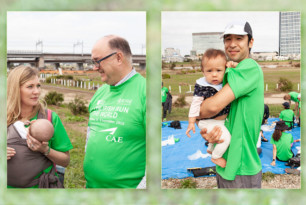 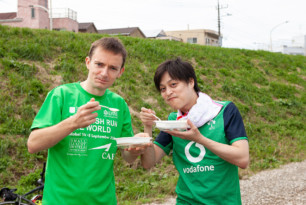 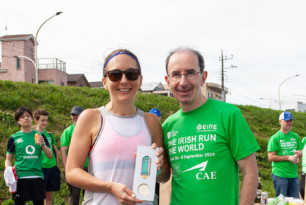 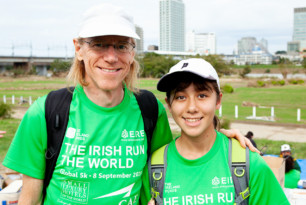 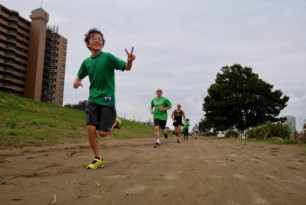 Everyone following the Rugby World Cup knows that Japan has been battered by typhoons in recent weeks. They may not know that the typhoons started several months ago and that number 15 on the 8th September caused the cancellation of the 3rd The Irish Run The World event in Tokyo. The Ireland Funds Japan quickly rescheduled the event for the 27th October only for typhoon number 19 to rip through Tokyo and destroy the BBQ area on the Tamagawa river where the rescheduled event was to take place. Fortunately, Alan Fisher, owner of Kyojin No Stewhouse, stepped in and offered to cook Irish stew for everybody.

The day of the run turned out to be beautiful and sunny and 70 people turned out to support the event including his Excellency, The Irish Ambassador to Japan, Mr Paul Kavanagh, and his wife Rosemary.

The run was held along the dirt track by the river and Matthew Connolly, chairman of Ireland Funds Japan, presented medals for the first three men and first three women to finish. Although, this is a fun run, many runners from the international running club Namban Rengo attend each year and run their legs off so we decided to make it a bit more competitive. We were also delighted to see the next generation of runners coming through with Luke Pender (14) passing many of the more experienced runners and Aidan Kennedy (12) totally outrunning his father Rory.

We are very grateful to our sponsors CAE, Small Luxury Hotels and Eire Systems who are making a large difference to the donation that we can make to our chosen charities, Mirai No Mori in Japan and EPIC in Ireland.

After the run, and when everybody was full of Irish stew, we held a draw with prizes donated by Small Luxury Hotels and Pernod Ricard. We would also like to say a big thank you to Dermot Killoran from Calderwood Images for the great photos of the event and the organizing committee of Paddy O’Connor, Chad Clark, Ashley Harvey, Kim Dumont, John Pender and Leo Glynn. 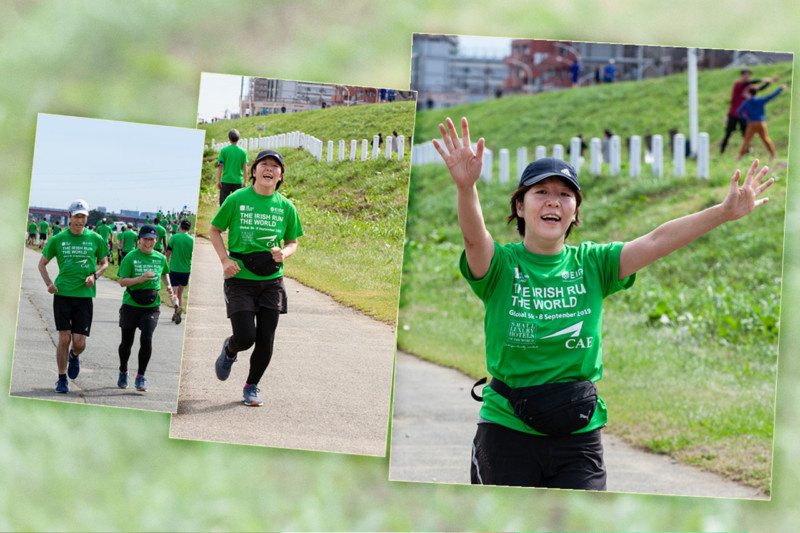 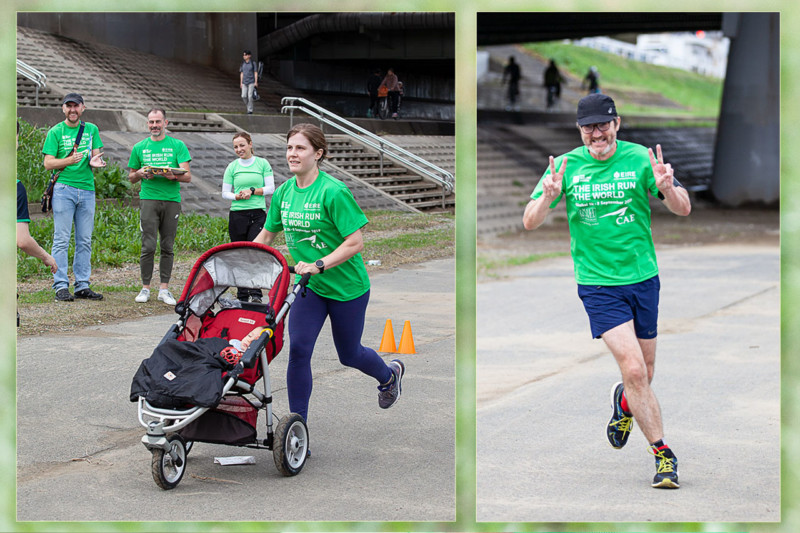 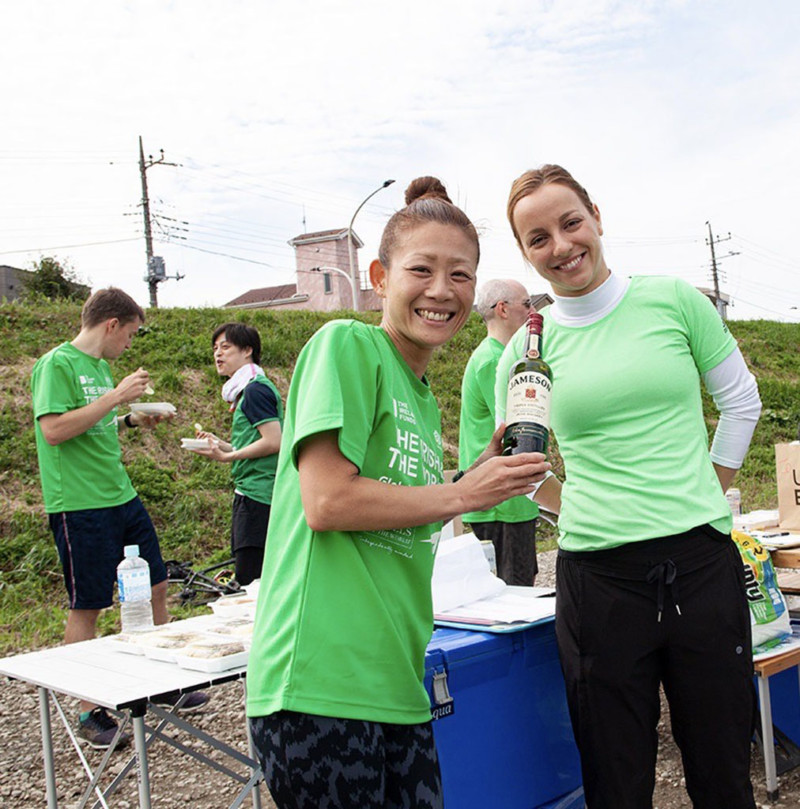 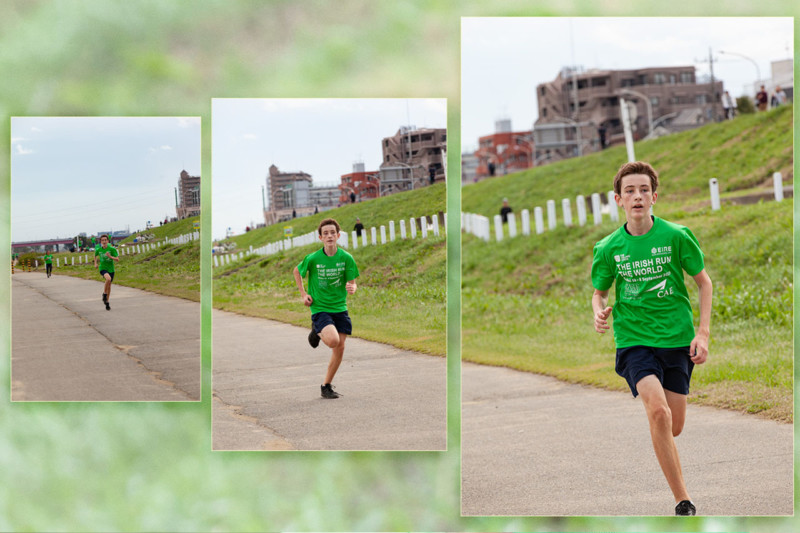 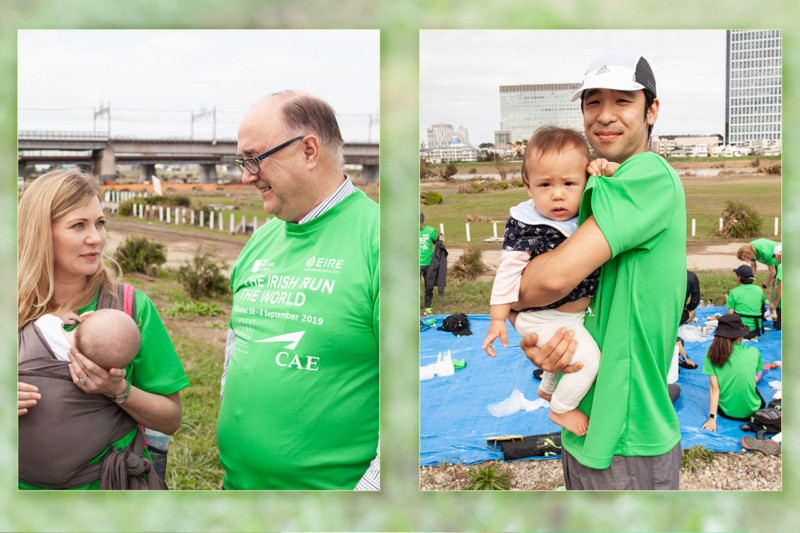 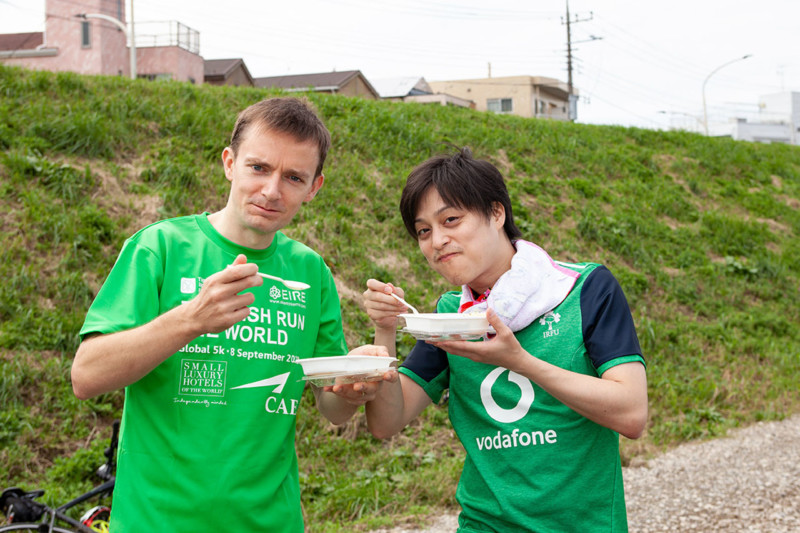 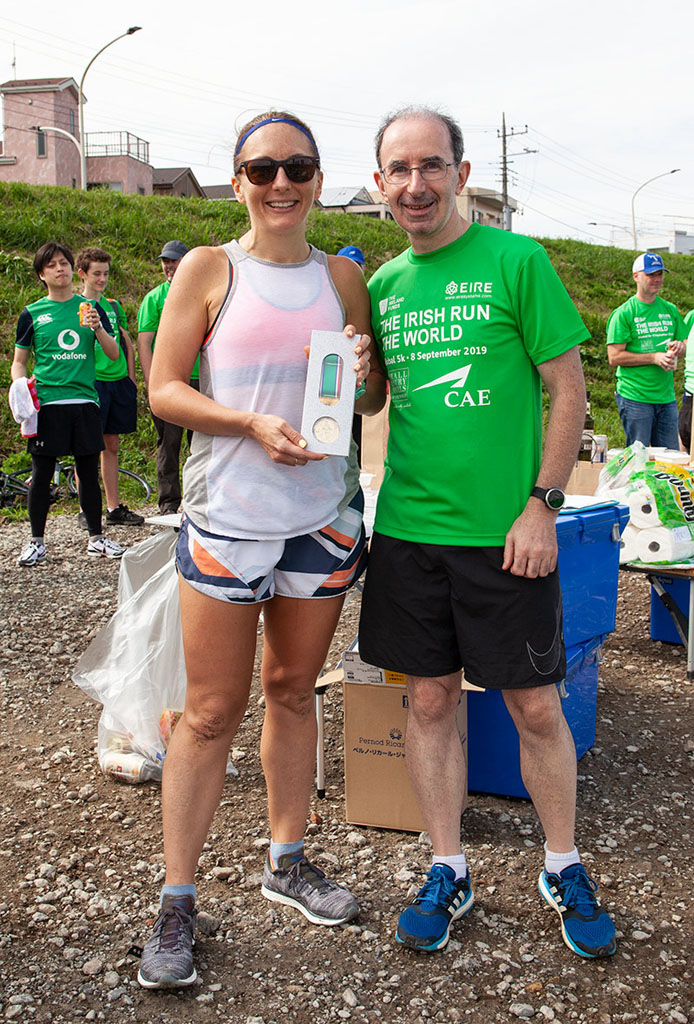 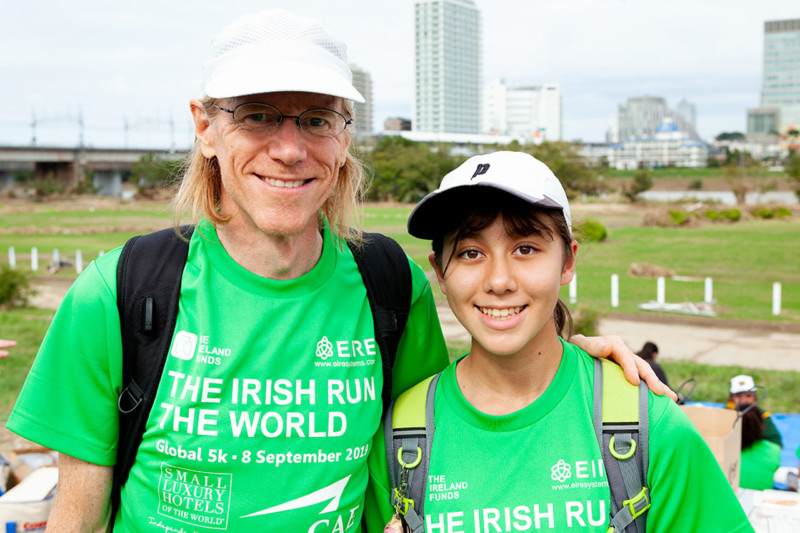 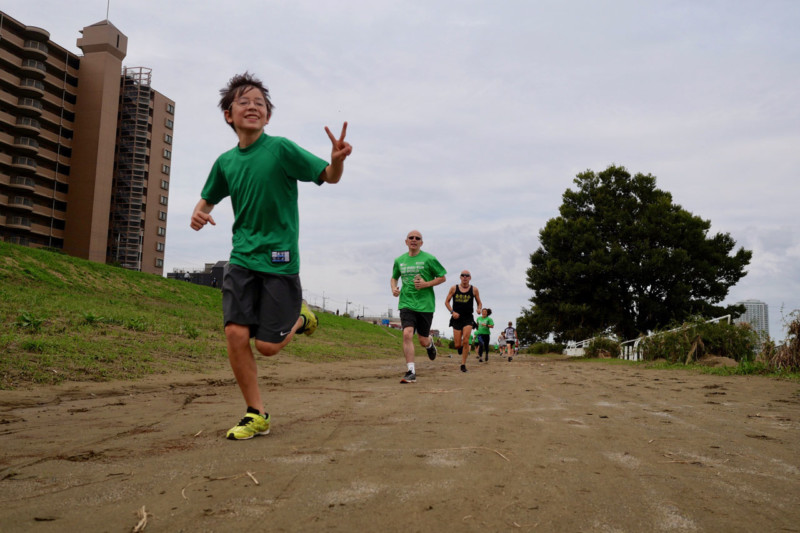 Walk, shuffle or just come for the craic!

Food and drinks after.

The Irish Run the World, a Global 5km run.

The event will be held in cities around the world.
You can support by running or by making a gift.

Proceeds will support the work of The Ireland Funds in assisting worthy charities across the island of Ireland and Irish causes around the world.