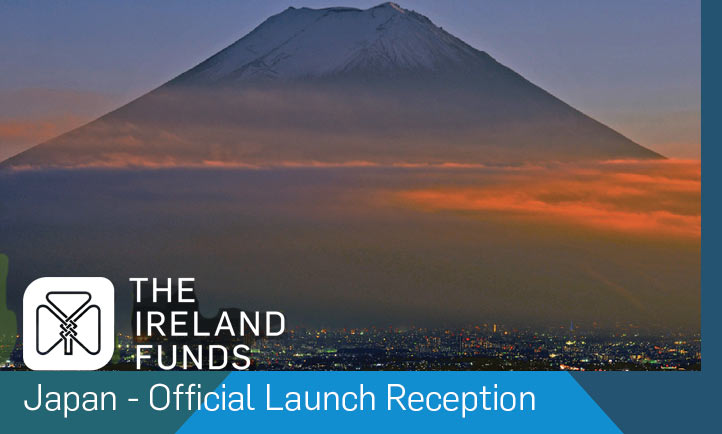 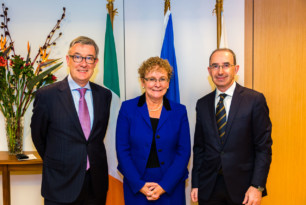 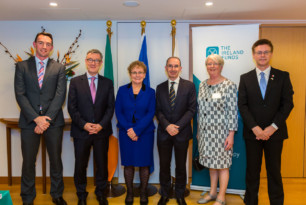 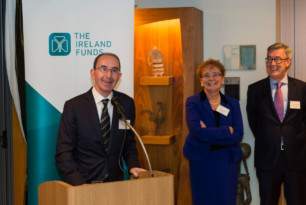 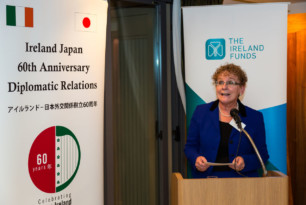 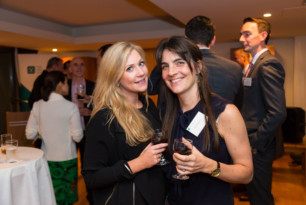 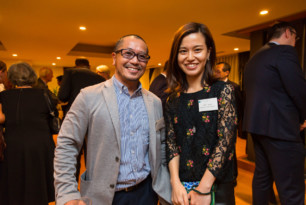 The Ireland Funds Japan was officially launched as a registered Non-Profit Organization (NPO) on Tuesday, 7th November at the Embassy of Ireland Residence in Tokyo. Opening the reception attended by 70 key supporters, Ireland’s Ambassador to Japan, Anne Barrington, spoke of the origin of The Ireland Funds in the 1970s and the great work it has been accomplishing ever since. She spoke of the liveliness of the Irish community in Japan. Though small in number, about 1,200, it has an outsized influence and reach. She said it was a particular pleasure to launch The Ireland Funds Japan chapter in the 60th year of diplomatic relations between Ireland and Japan.

Board Member, John Fallon, spoke of his involvement with The Ireland Funds in Australia and, in particular, the energy of the Young Leaders. He was delighted to organize this year’s inaugural Young Leaders 5K race in Japan which attracted one of the biggest number of participants anywhere in the world.

President of The Ireland Funds Japan, Matthew Connolly, spoke of the plans the chapter has for the future and the beneficiaries it intends to support. He thanked his fellow founding Board Members including John Fallon, Yvonne Hayes, Harry Sweeney and their auditor Conor Canavan. He also thanked Patricia Delahunt for chairing up the 2018 Emerald Ball Tokyo.

Kieran McLoughlin, Worldwide President & CEO of The Ireland Funds, thanked the Ambassador for her hospitality and support and congratulated Matthew and his Board Members on this milestone. He congratulated them also on the support they were delivering to the I Love Ireland Festival, Support Our Kids and The Irish Network Japan. He reflected on the great growth The Ireland Funds is experiencing in Asia and.noted that the chapter had established an important arch between Ireland and Japan while delivering real support where it is needed most. 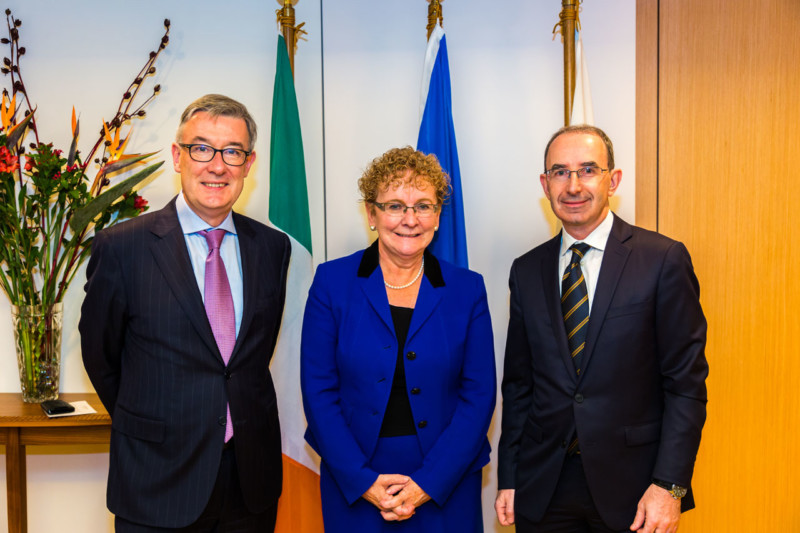 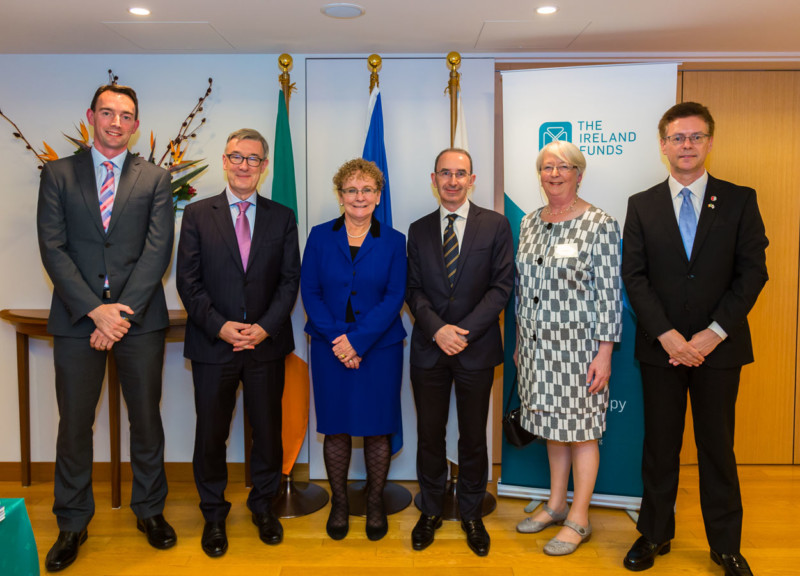 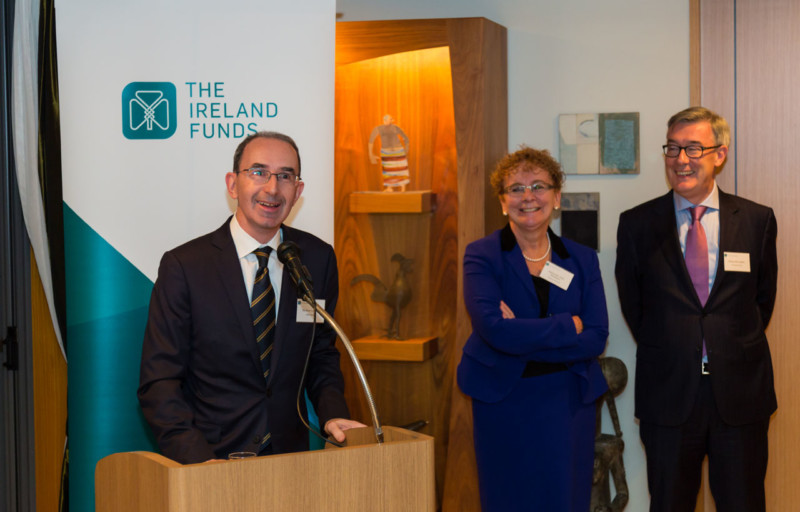 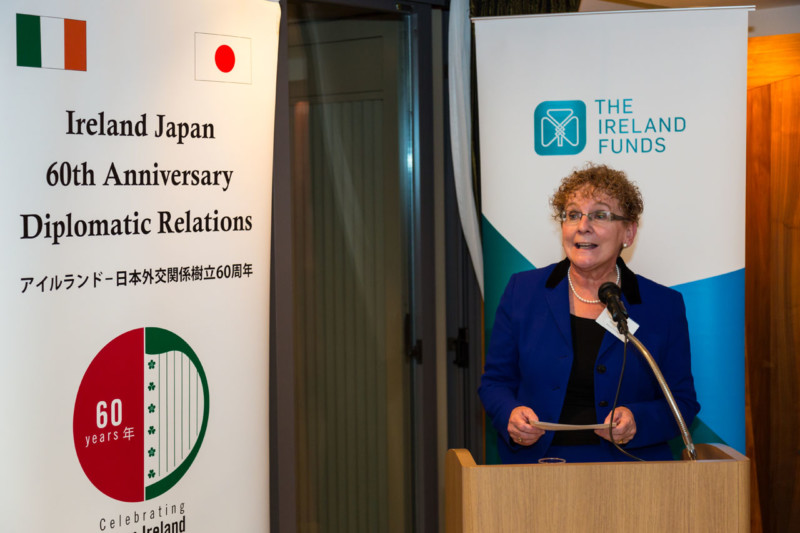 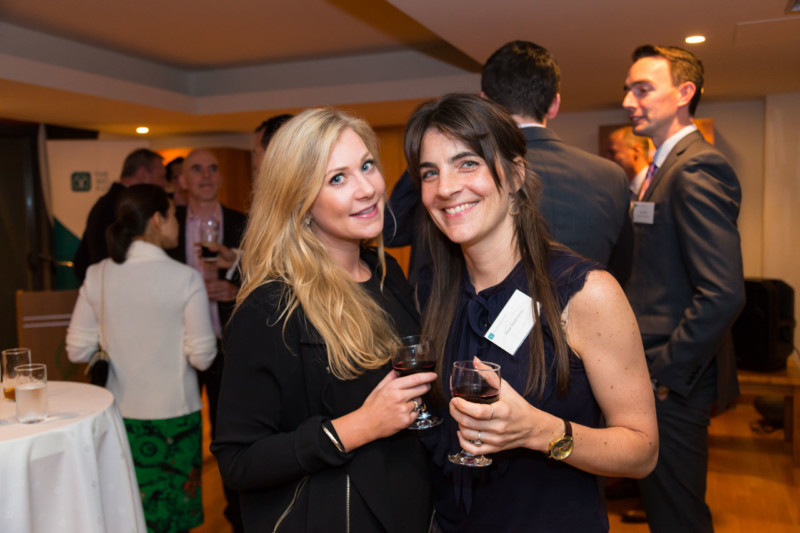 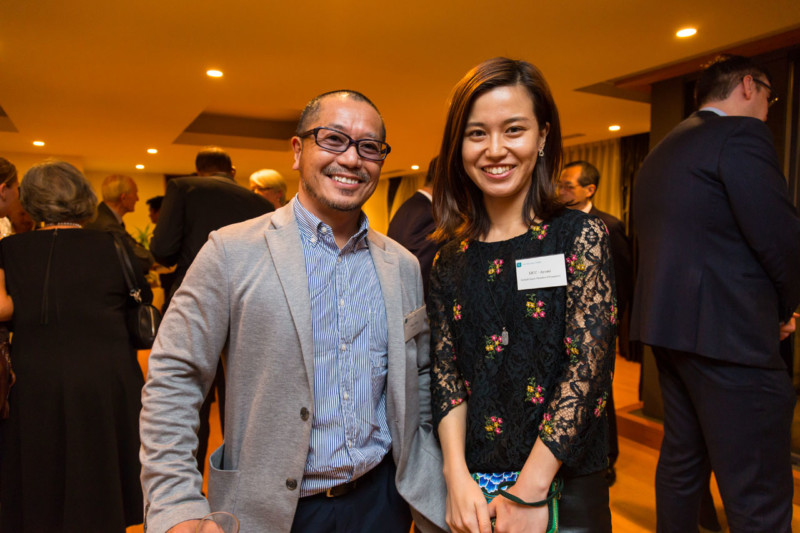