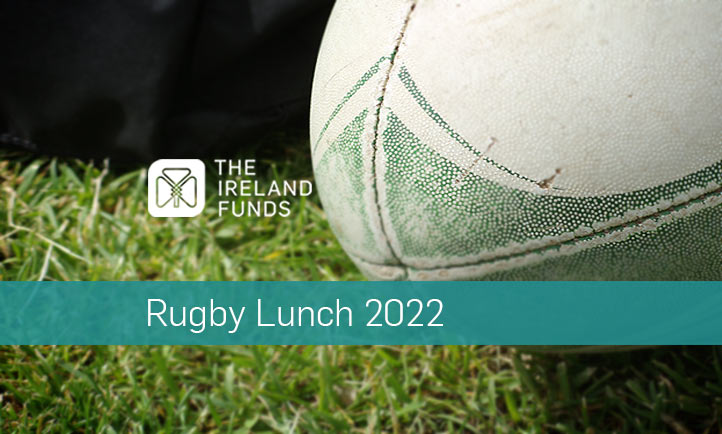 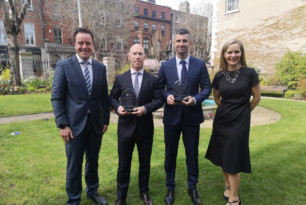 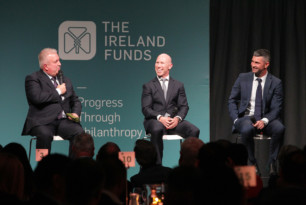 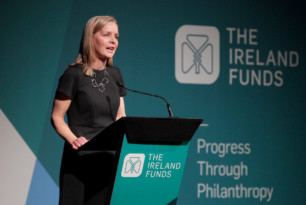 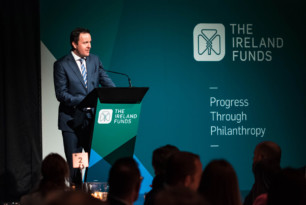 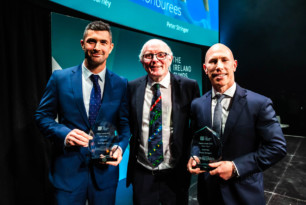 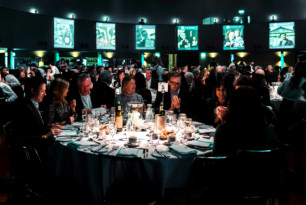 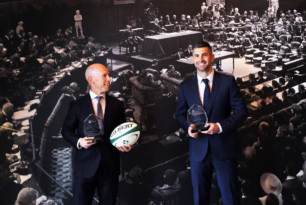 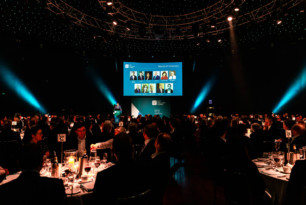 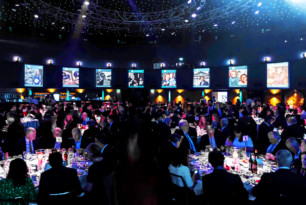 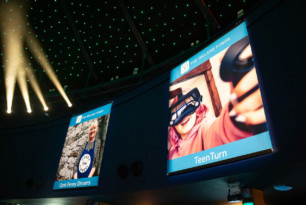 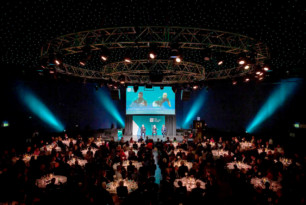 Over 300 guests attended The Ireland Funds annual Rugby Lunch in Dublin’s The Round Room at The Mansion House on Friday 1st April honouring Irish Rugby heroes, Rob Kearney and Peter Stringer. In its 13th year, The Ireland Funds Rugby Lunch is an annual event that honours the careers of outstanding Irish rugby players, both on and off the pitch.

Former honouree, Ollie Campbell presented Rob Kearney and Peter Stringer with their awards. Following this, Michael Corcoran conducted a lively Q&A with both honourees who have represented their respective provinces a total of 451 times and have an impressive 107 international caps for Ireland. Both have been part of winning teams on the international rugby stage including Six Nation Grand Slam successes, European champions and Rugby World Cup appearances.

Special thanks to all our lunch Partners: William Fry, Angela Moore, AIB, Flutter and guests for their wonderful support. 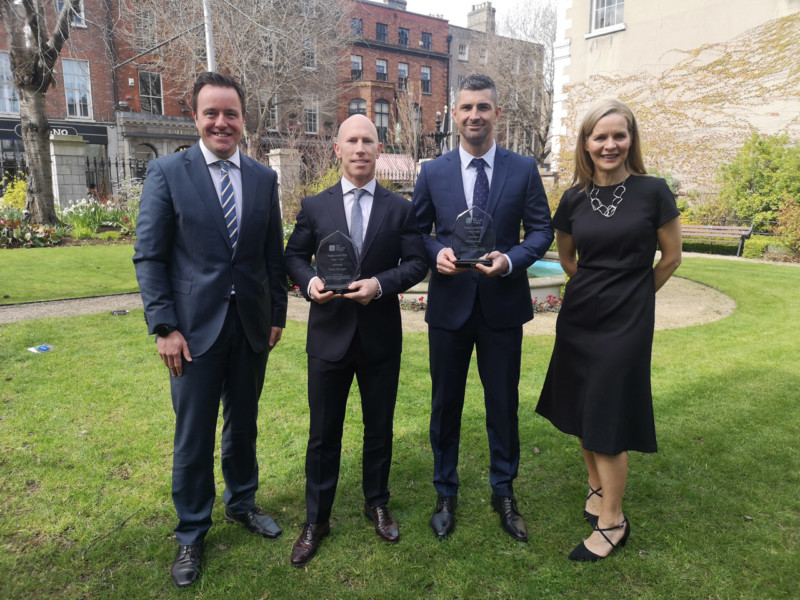 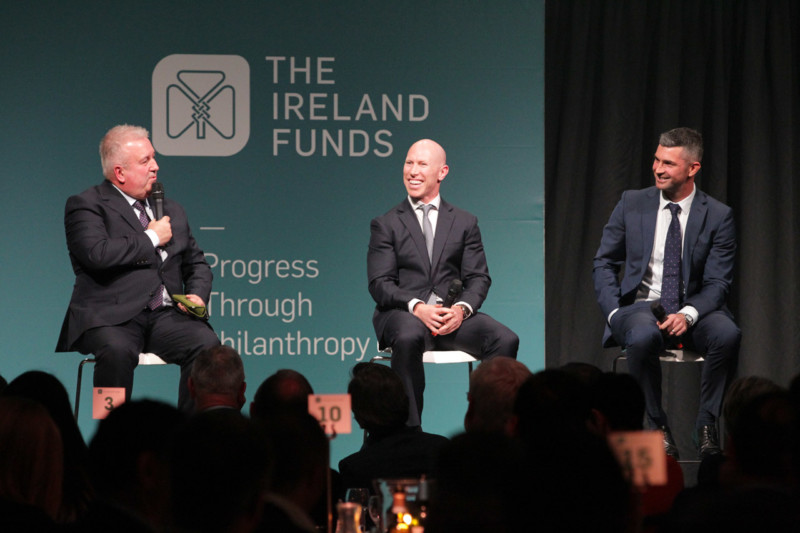 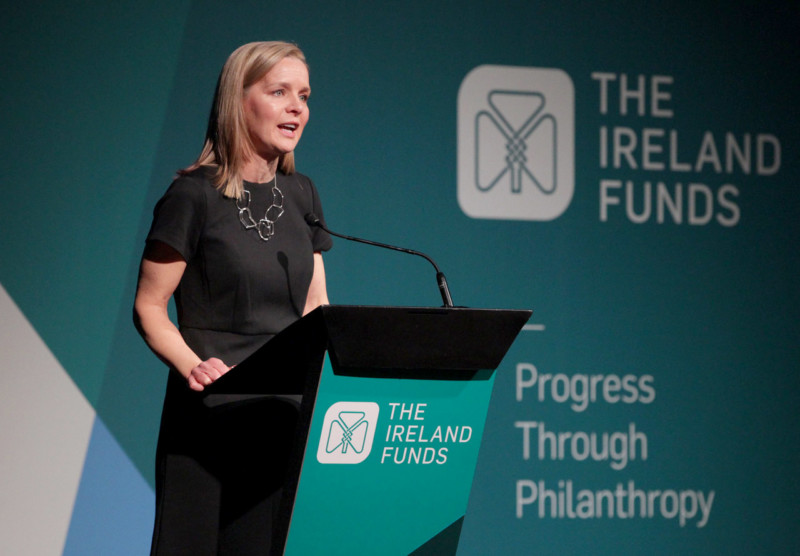 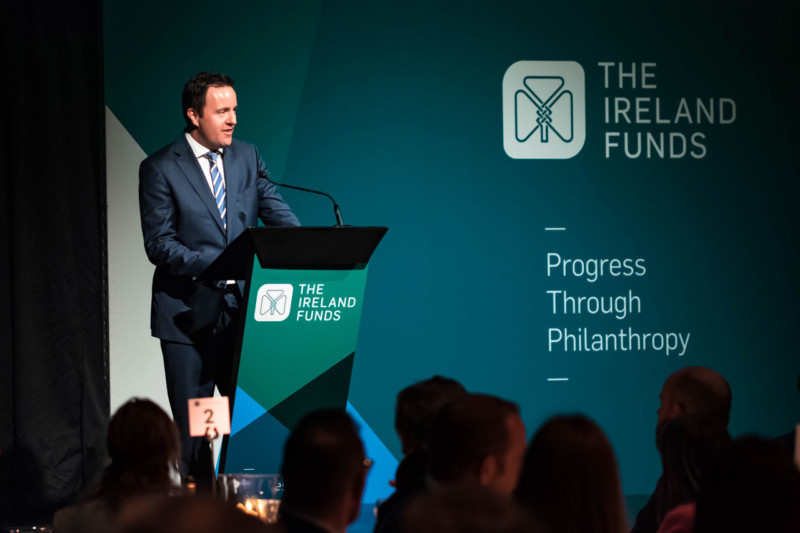 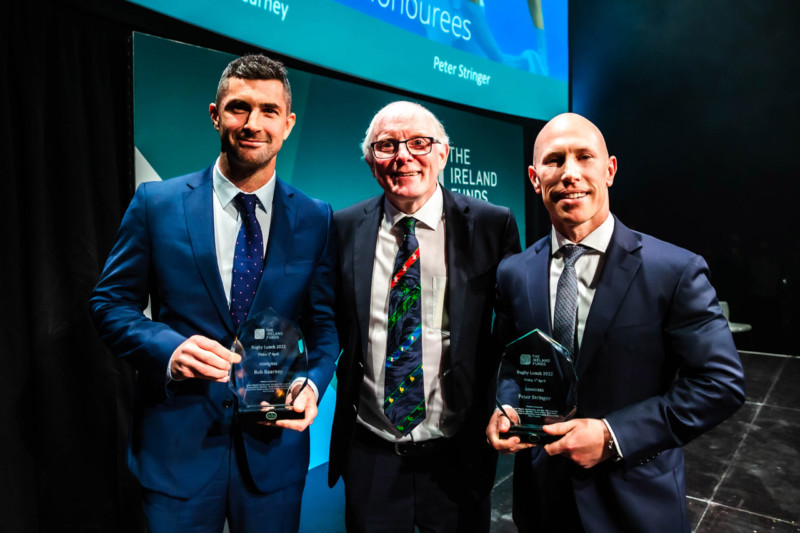 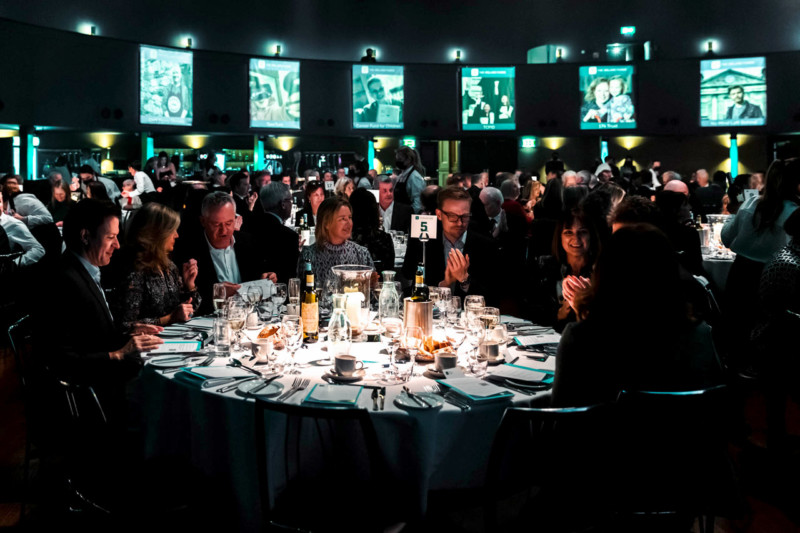 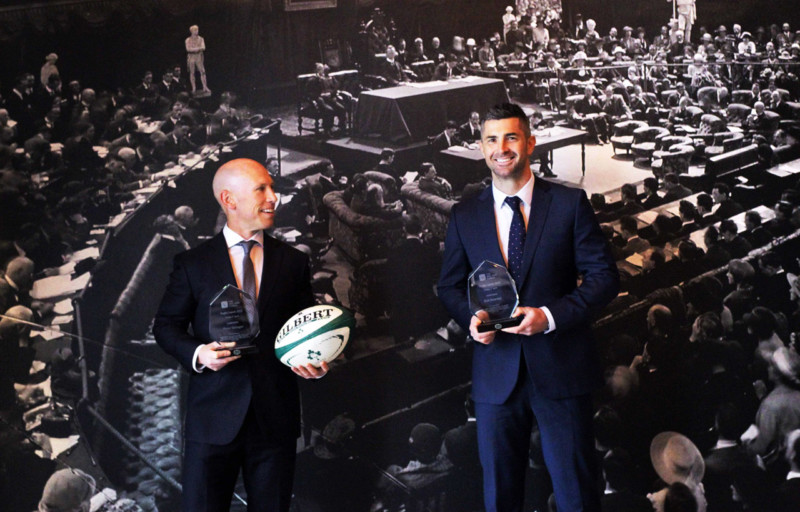 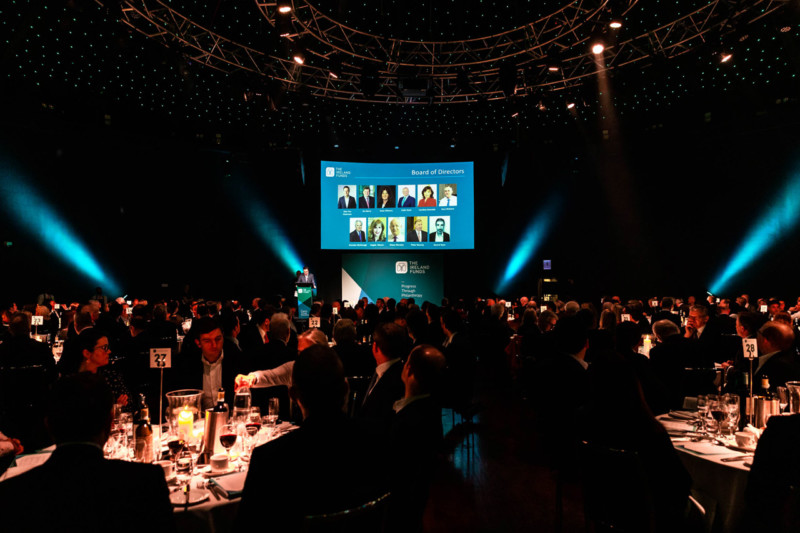 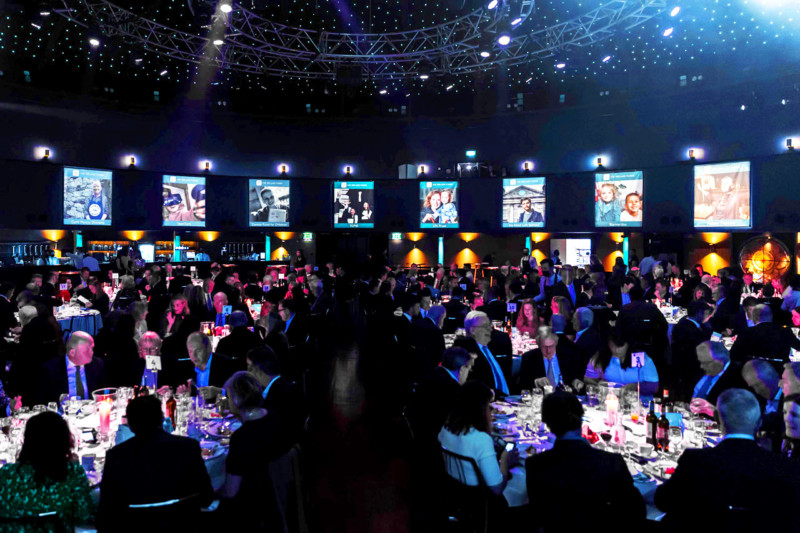 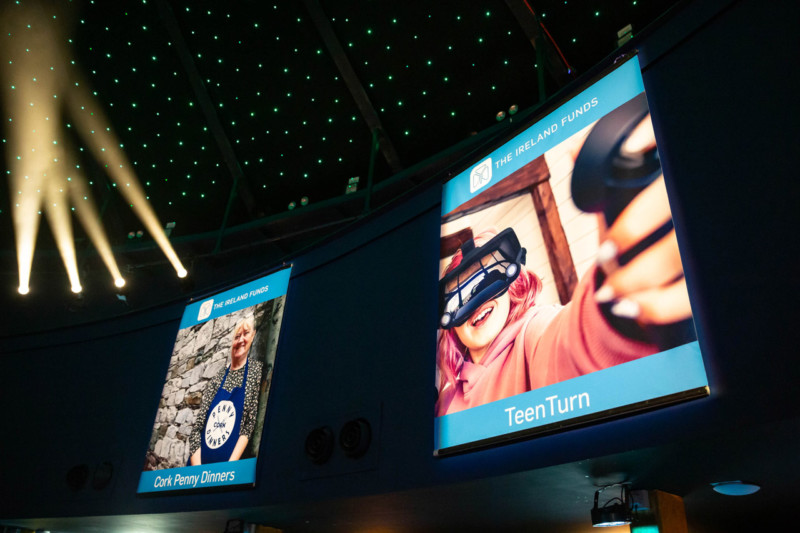 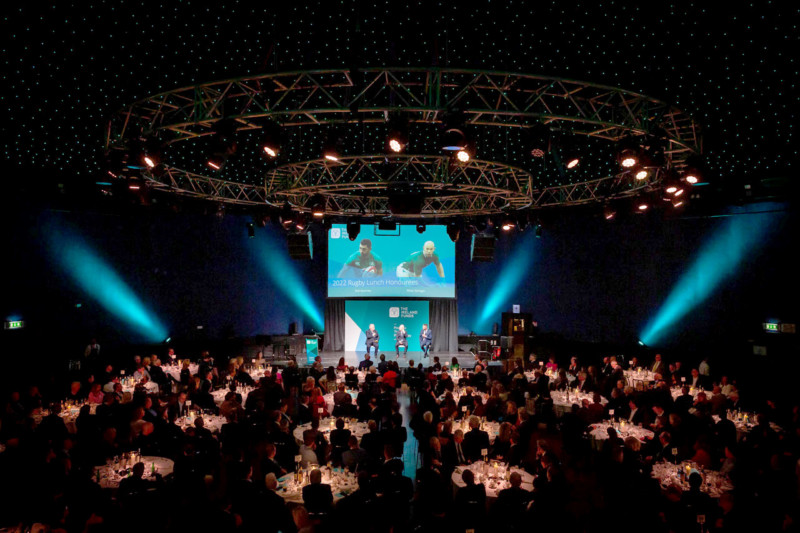