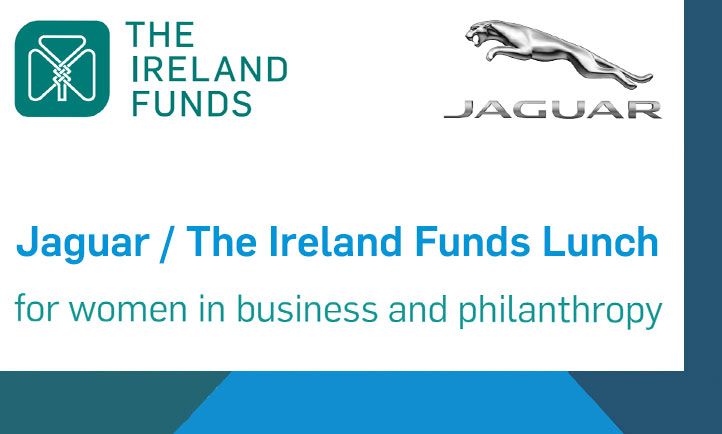 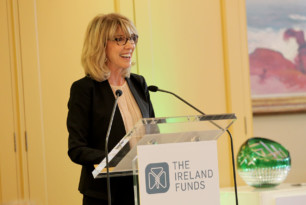 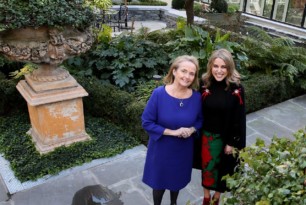 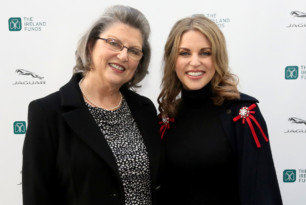 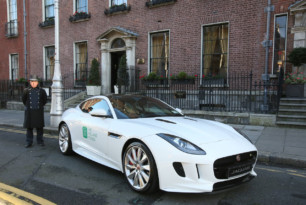 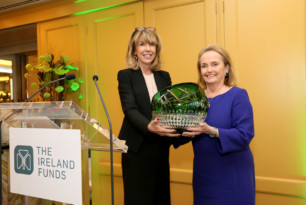 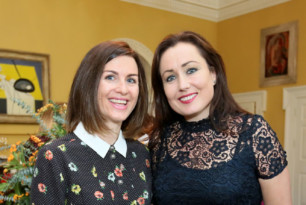 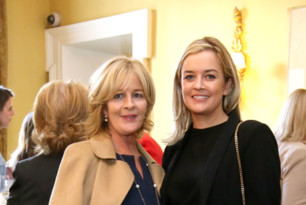 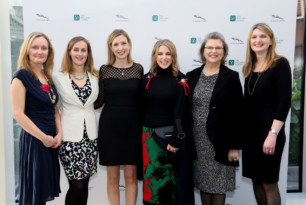 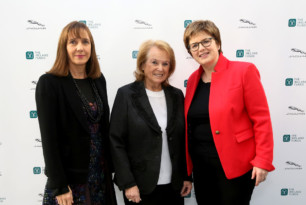 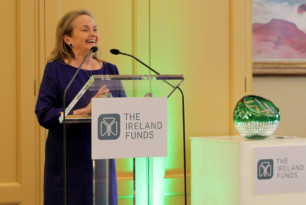 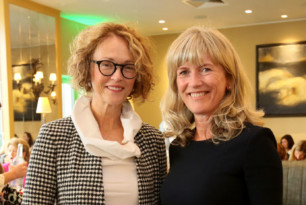 Tuesday, 7th November, the Annual Ireland Funds Jaguar Lunch took place in the newly-opened Garden Room at The Merrion Hotel and was attended by a capacity crowd of 105 women representing the business and philanthropy sectors.

The event raised funds and awareness for the work of The Ireland Funds. Two outstanding organisations supported by The Ireland Funds were highlighted for their important work in the non-profit sector: Blossom Ireland, an organisation that serves children and their families with intellectual disabilities by providing fun, affordable, innovative activities and Early Learning Initiative, an organisation that works with communities in areas of greatest need to provide parent and child learning support programmes.

Loretta Brennan Glucksman, Chairman Emeritus of The Ireland Funds America spoke about overcoming gender quotas from her personal experiences. She then presented a Waterford Crystal bowl to honouree, Ireland’s Ambassador to France Patricia O’Brien. Ambassador O’Brien took to the podium and spoke about her extensive legal career and role as Ambassador of Ireland to the UN and other international organisations before taking up the position as Irish Ambassador to France in August 2017.

Those who attended included Fionnuala Kenny, actress Amy Huberman, President of the Royal College of Physicians of Ireland Professor Mary Horgan and Country President Sodexo Ireland Margot Slattery.  The event was chaired once again by Louise Kennedy and The Ireland Funds Board Members, Caroline Kennedy and Emer Gilvarry. 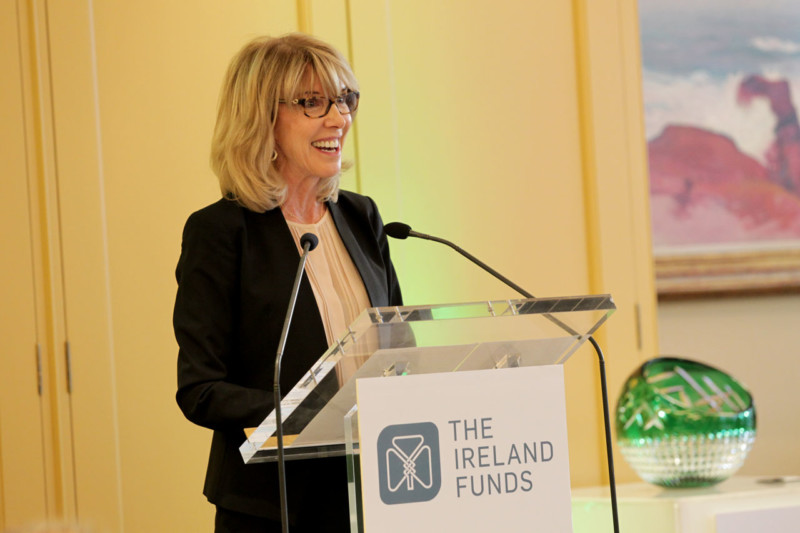 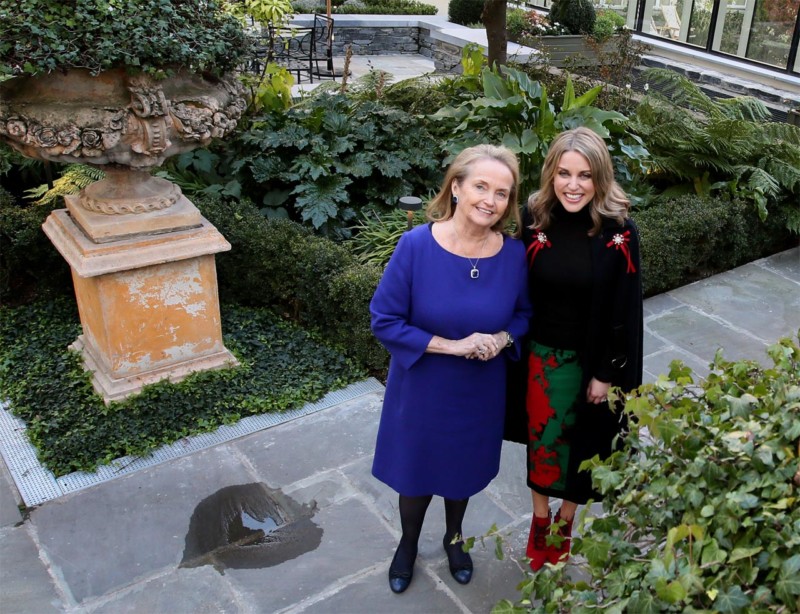 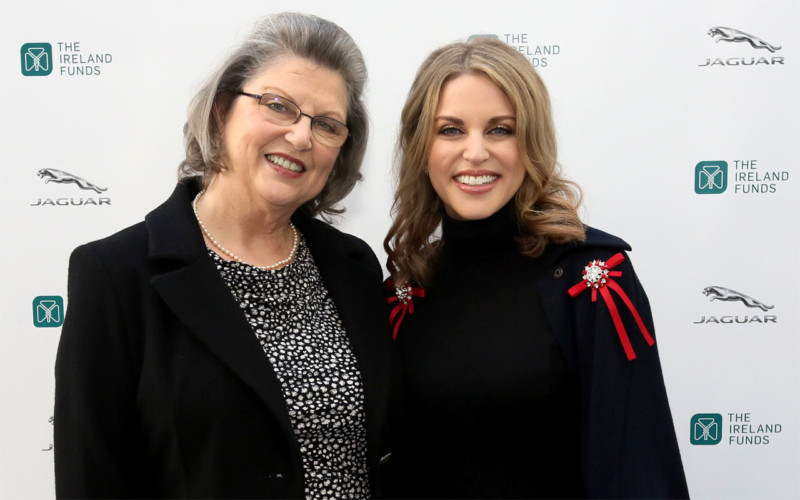 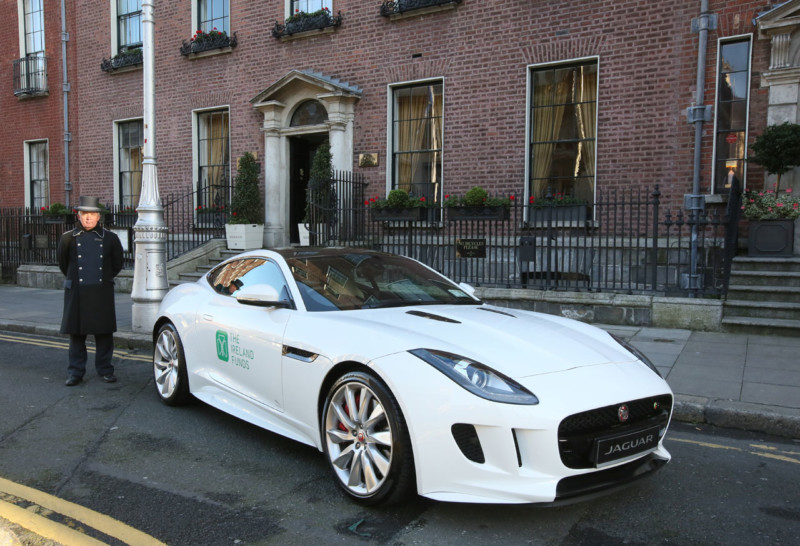 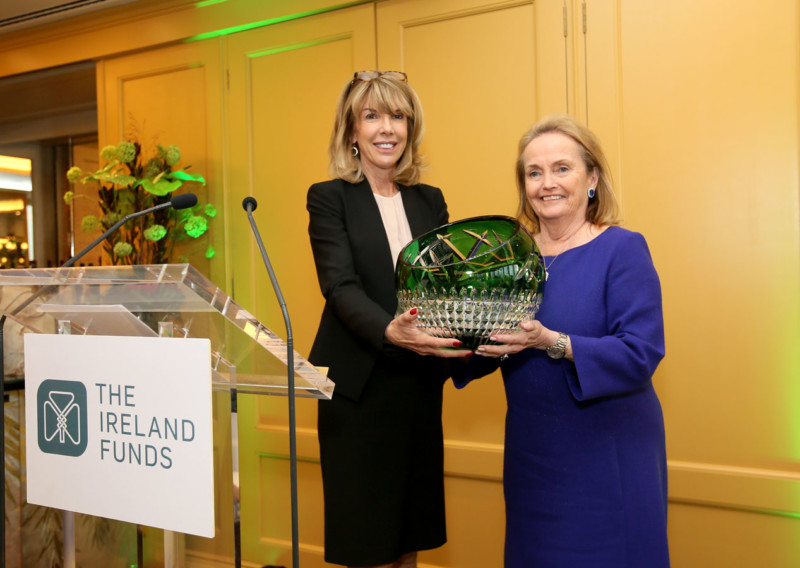 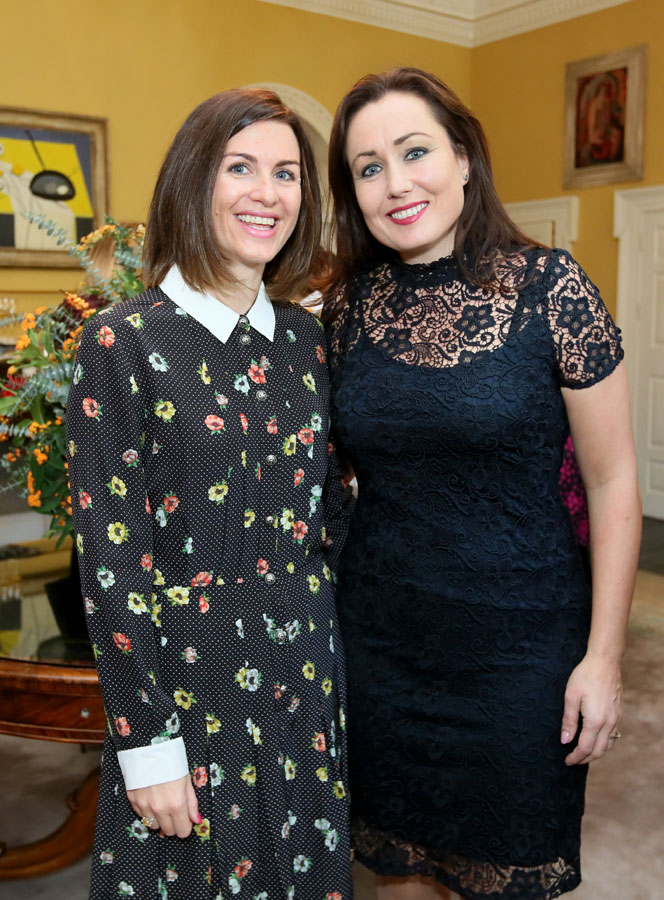 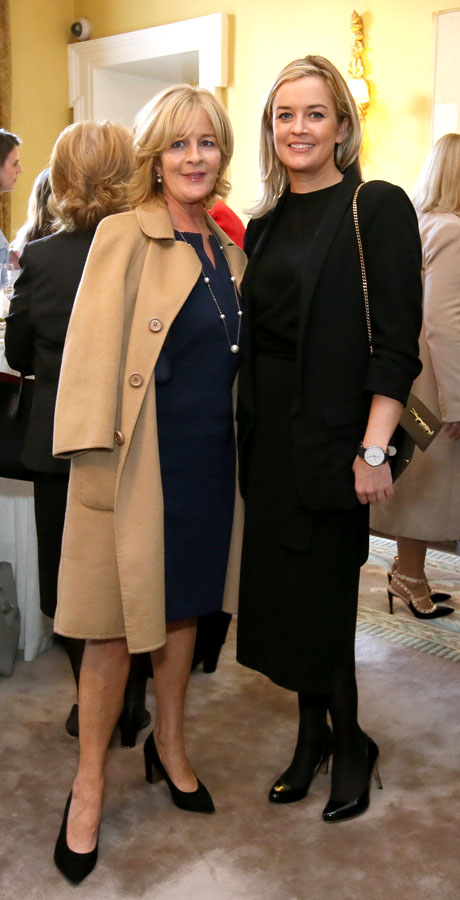 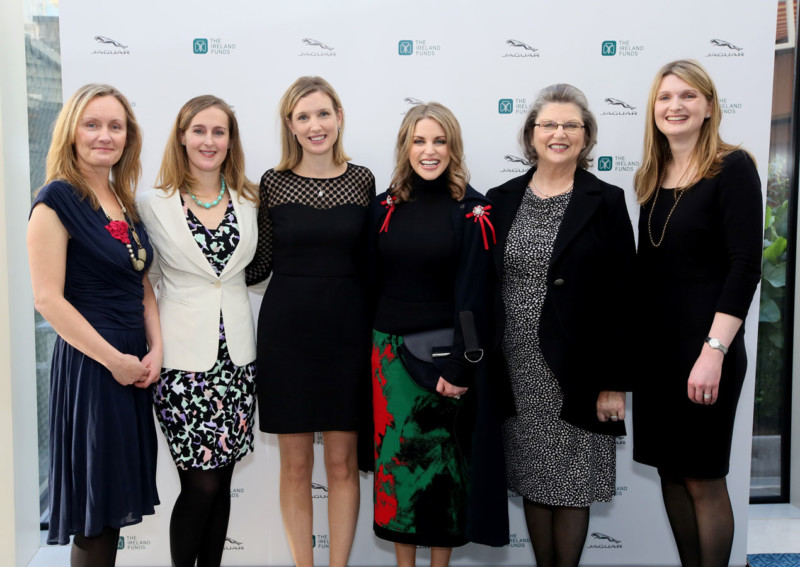 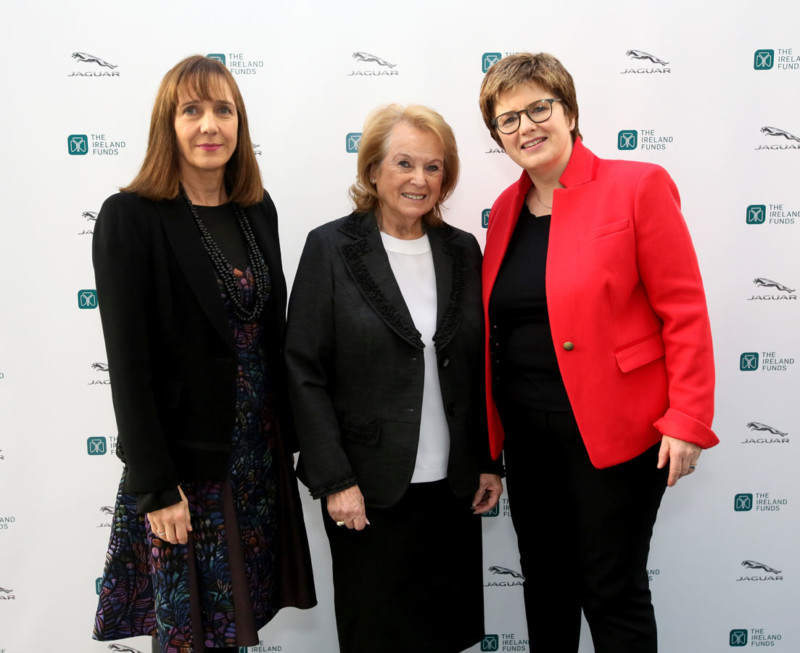 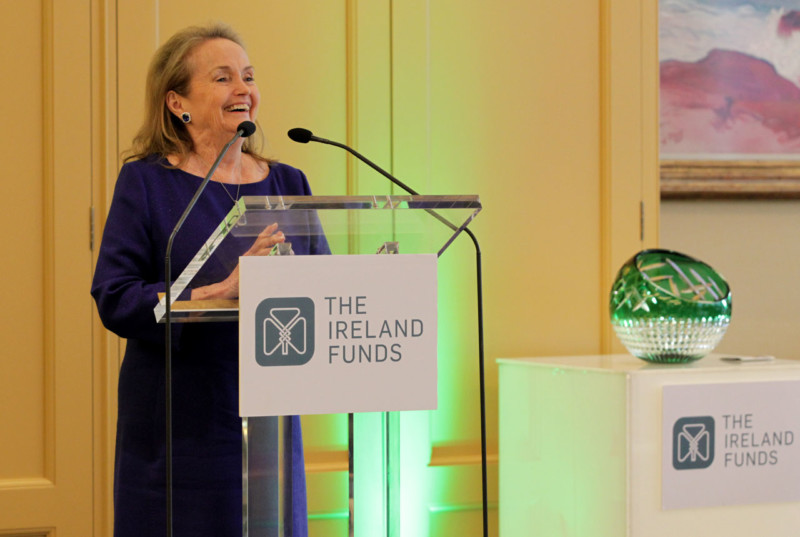 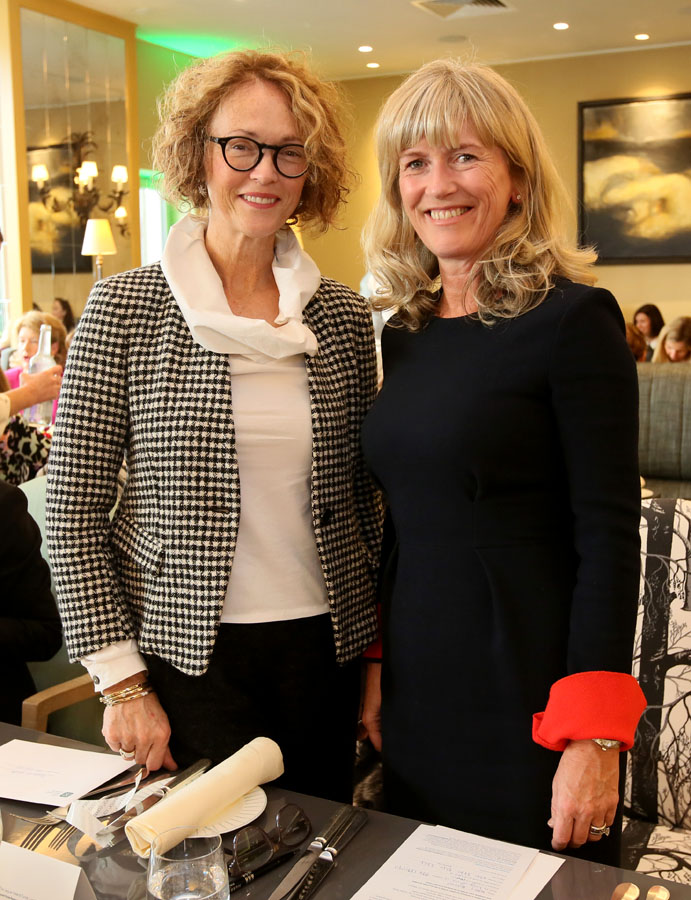 For women in business and philanthropy