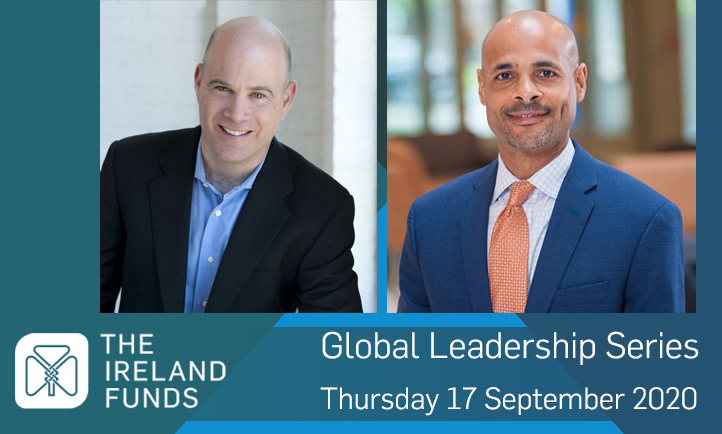 “Not only was it the right thing to do, it created a competitive advantage” said Jim Rooney about the Rooney Rule during today’s inspiring Global Leadership Series conversation with N. Jeremi Duru. Their discussion explored leaders being strong advocates and using sport as a model for opportunity, equity, and race in the workplace.
Thank you to AIB for supporting.

Global Leadership Series with Board Director of The Ireland Funds America, Jim Rooney and Jeremi Duru : A Discussion of Opportunity, Equity, and Race in the Workplace using Sport as a Model. 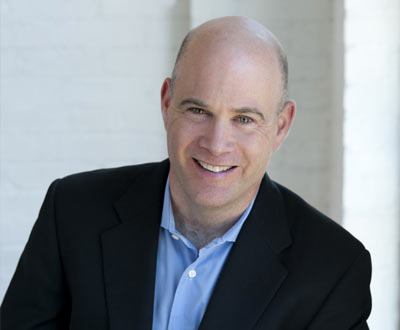 Jim Rooney is a business owner, consultant, facilitator, national speaker and published author. His book “A Different Way to Win: Dan Rooney’s Story from the Super Bowl to the Rooney Rule” details his father’s long and successful career in sports, business and philanthropy as told through stories of those who worked alongside him. Released in November 2019, the book quickly became an Amazon Best Seller and was selected by President Obama to be one of 38 on his 2019 Favorite Book List.

The son of Dan and Patricia Rooney, Jim worked alongside his father for decades — assisting his father with relationships at the State Department and the White House during Dan’s time serving as Ambassador to Ireland. Jim was also involved in the football enterprise and support of the Rooney Rule, the NFL policy requiring league teams to interview ethnic minority candidates for head coaching and senior football operation jobs.

He is co-partner of Rooney Consulting, which assists organizations with enhancing culture, building strong teams and growing businesses. In addition, Jim founded FirstLink Research and Analytics, a world leader in building business analysis for technology transition. He has launched, led and developed several initiatives, working across the academic, government and technology sectors.

He has advised on projects for the U.S. Federal Government; several foreign governments; corporations such as Henry Ford Health Systems, BNY Mellon, Koppers; and the University of Pittsburgh, University of Cincinnati and University of Miami. Jim holds an Organizational Consulting certificate from Georgetown University and a B.A. in Political Science and Communications from Boston College. Additionally, he serves on the Board of Directors for the Jewish Healthcare Foundation of Pittsburgh, The Ireland Funds America, and Gilmour Academy. He is the 2019 recipient of the Lewis L. Glucksman Award for Business Leadership from New York University’s Glucksman Ireland House. 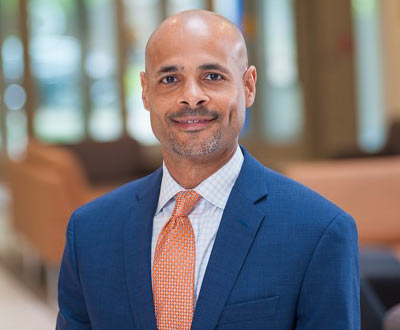 N. Jeremi Duru, a Professor of Law at American University’s Washington College of Law, serves as “of counsel” to the Fritz Pollard Alliance. Before entering academia, Professor Duru was an associate at Mehri & Skalet, PLLC in Washington, DC.

Professor Duru is among the nation’s foremost sports law authorities. He is a co-author of one of the field’s premier casebooks, Sports Law and Regulation: Cases and Materials (4th edition) (Wolters Kluwer), as well as one of the field’s premier explorations of sports agency, The Business of Sports Agents (3rd edition) (U. of Penn Press). In addition, he is the sole author of Advancing the Ball: Race, Reformation, and the Quest for Equal Coaching Opportunity in the NFL (Oxford University Press), which examines the NFL’s movement toward increased equality of opportunity for coaches and front office personnel.

Professor Duru is active in the national sports law community, serving as a member of the United States Anti-Doping Agency’s Anti-Doping Review Board and the National Sports Law Institute’s Board of Advisors, but he also frequently lectures and consults abroad. Among other international engagements, Professor Duru has taught and studied on a Fulbright Fellowship at Faculdades Integradas Helio Alonso in Rio de Janeiro, Brazil and has served as a visiting professor at the University of Sydney in Sydney, Australia and the China University of Political Science and Law in Beijing, China.

Professor Duru is widely recognized for his excellence as both an advocate and a teacher. He has received the National Bar Association’s Sports and Entertainment Lawyer of the Year Award as well as the American University Faculty Award for Outstanding Teaching and the Washington College of Law Award for Excellence in Teaching. In addition, before joining the WCL faculty, while teaching at Temple Law School, Professor Duru received Temple’s George P. Williams Outstanding Law Professor of the Year Award.

Professor Duru received his undergraduate education at Brown University and then completed a joint-degree program at Harvard University, receiving a Master’s degree in Public Policy from the John F. Kennedy School of Government and a Juris Doctor from Harvard Law School. Upon graduation, Professor Duru served as a law clerk to the Honorable Damon J. Keith of the United States Court of Appeals for the Sixth Circuit. Professor Duru is a frequent media contributor and has provided commentary for numerous media outlets, including CNN, BBC, NBC, MSNBC, Fox, ESPN, NPR, The New York Times, The Washington Post, and The Philadelphia Inquirer.