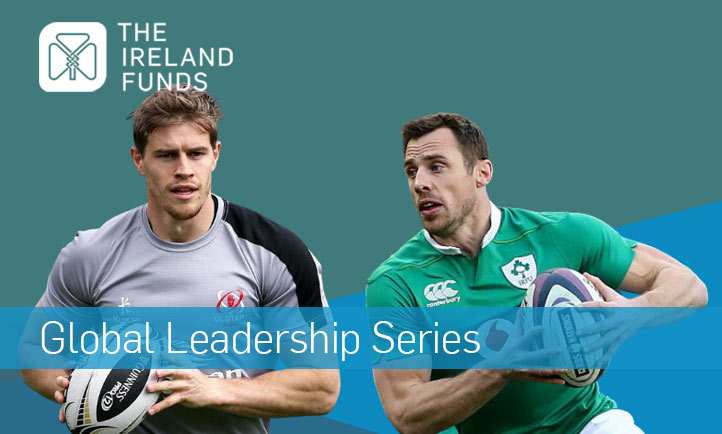 The Ireland Funds was delighted to host Andrew Trimble and Tommy Bowe on September 17, 2021 as part of its ongoing Leadership Series. 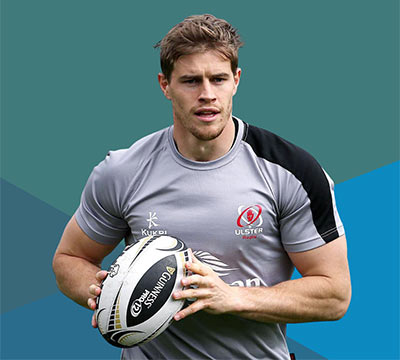 Former Irish rugby international, Andrew Trimble has won 70 caps for Ireland and 299 for Ulster. A proven leader with 15 years’ experience as an international athlete, Andrew co-founded Kairos, a sports technology company dedicated to optimising the performance of elite sports teams. Launched in 2018, it aims to empower athletes with scheduling and athletic planning tools. Andrew is a co-host of Penguins and Potholes podcast, a frequent contributor to current affairs discussions, and can currently be seen battling gruelling challenges in RTÉ’s Ultimate Hell Week. A committee member of The Ireland Funds since 2016, Andrew has a strong record of community and charity engagement. 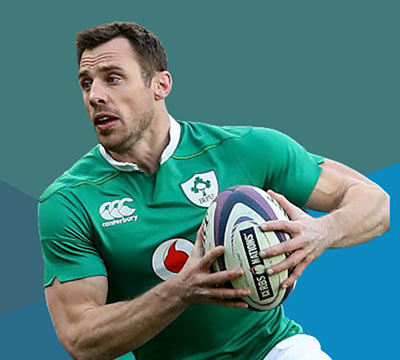 Tommy Bowe made his senior international debut for Ireland in 2004 and over an international career spanning eight years, he was named twice to the British and Irish Lions team. A former Monaghan minor footballer, he began his professional rugby career at Ulster and after four years with the Ospreys, he returned to Ulster for the 2012/13 season. Following his retirement as a player, Tommy has become a familiar face on television, co-presenting holiday show, Getaways and Eir Sport’s coverage of the PRro14.  Currently, he co-hosts morning television show, Ireland AM.