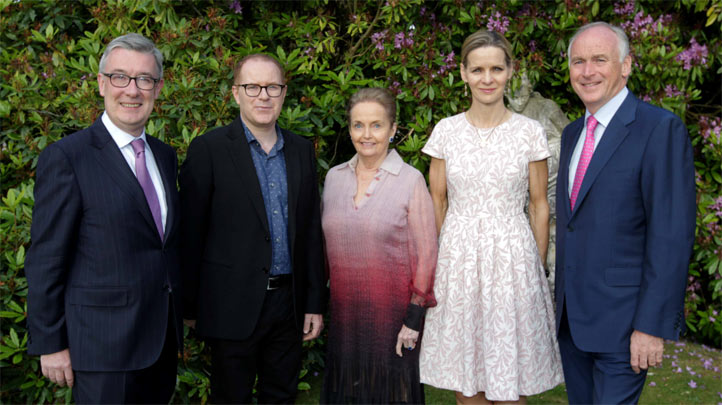 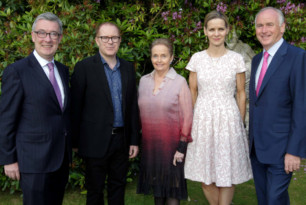 McPherson (45) was presented with the award at a gathering at Tinakilly House, Co. Wicklow as part of the four day annual conference of The Ireland Funds.

The award comes ahead of McPherson’s latest play, ‘The Girl from the North Country’, opening in the Old Vic in London with music and lyrics by Bob Dylan. The Dublin based playwright rose to fame in his mid-20s with his first play ‘The Weir’, which collected the BBC Award for Best New Play at the Laurence Olivier Theatre Awards. Other works by the prolific award winning playwright include ‘The Good Thief’, ‘This Lime Tree Bower’ and ‘The Seafarer’.

Presenting the award, Loretta Brennan Glucksman, Chairman Emeritus of The Ireland Funds America said: “Conor is the personification of what the AWB Vincent Award is about. I won’t go through all Conor’s amazing works but I will tell you we are blessed to have him as our contemporary.”

Speaking at the award ceremony, the playwright said he was humbled to be on an awards list with that boasts great Irish writers and playwrights. “It’s really lovely to get a lovely surprise like this where you wouldn’t even think people were thinking about you in that kind of way. It’s quite humbling really. It’s a great honor.”

I suppose being a playwright, sharing this honour with someone like Brian Friel is kind of meaningful in that playwrights, yes we are writers but we often tend not to be part of literary festivals and things like that because we don’t really have that kind of work that’s supposed to be read like that. The work is supposed to be performed. So to be included alongside him and alongside these other writers is a really nice feeling.

I have been familiar with what The Ireland Funds have been doing for a long time now. But I never thought I would be here on a night like this. They are amazing supporters of the arts and education in general, which is a wonderful benefit for not just Irish people but helping the Irish arts to thrive abroad as well.” 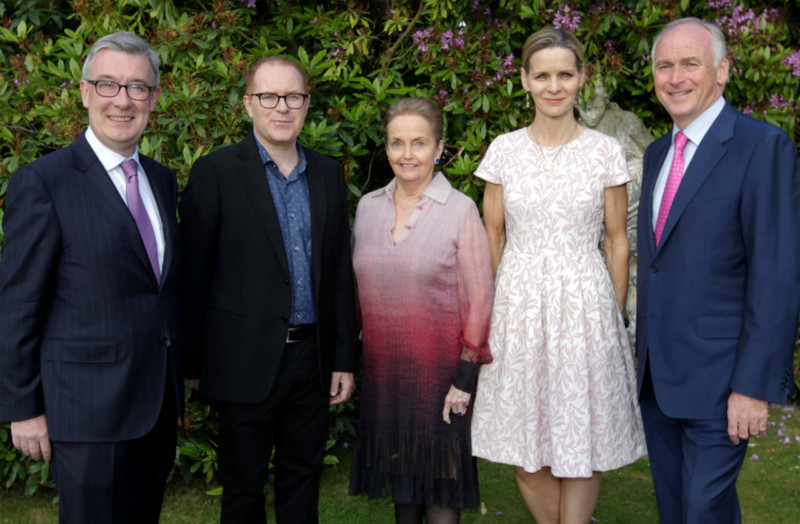