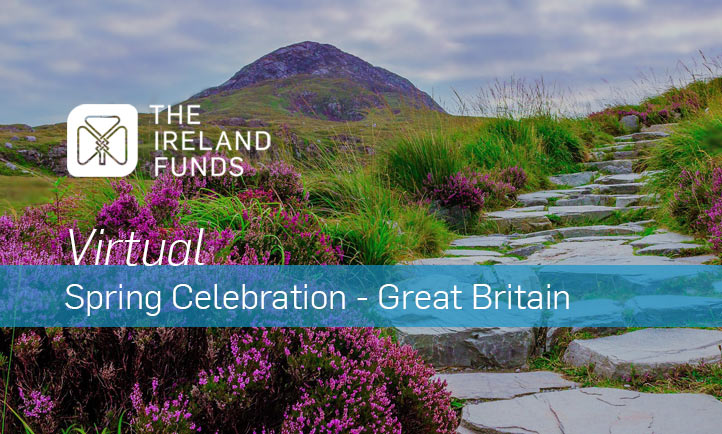 Friends and supporters of The Ireland Funds Great Britain (IFGB) gathered online on Thursday 4th March for a Spring Celebration that celebrated the best of the Irish in Britain and the work of the many charities supported by IFGB. The event was sponsored by McCann FitzGerald.

The evening began with a VIP reception with Ireland’s Ambassador to Great Britain, Adrian O’Neill. The Ambassador welcomed guests and thanked them for their ongoing support of The Ireland Funds and the charities it supports. He praised the teamwork and collaboration that has been seen in the Irish community since the pandemic began. He then briefed the audience on Brexit and current Anglo-Irish relations before sharing the Embassy programme for the coming months including St Patrick’s Day and the Centenary of the Anglo-Irish Treaty.

When the main event began, guests were welcomed by IFGB Director, Katie Jemmett who spoke about how charities across Great Britain and Ireland have stepped up in an extraordinary way to respond to the pandemic, and how IFGB has been able to support these organisations because of the generous support of IFGB donors.

A highlight of the evening was a reading of The Clothes Shrine by Marie Heaney. This was followed by the announcement of 19 charities who have been successful in their application for a grant from the IFGB Annual Grant Round this year. Four of those organisations were invited to tell viewers what the support of The Ireland Funds and its donors means to them and their mission.

The centrepiece of the evening was an interview with Bernard Looney, CEO of bp, conducted with Barry Devereux, Managing Partner of McCann FitzGerald. Bernard gave an open and honest account of his leadership style and how mental health, diversity and social mobility are so important to him. He discussed the ambitious changes that he is introducing at bp and the difference that this is making across the organisation.

The evening closed with a music performance by the young people of Irish Music and Dance London, a grantee of The Ireland Funds Great Britain.

In the absence of our usual fundraising events, we invite you to donate to The Ireland Funds to help us to continue to support and fund the work of charities and not for profit organisations across Great Britain and Ireland.

You are invited to gather with friends and supporters of The Ireland Funds Great Britain for our Spring Celebration on Thursday, 4th March 2021 at 6.30pm. 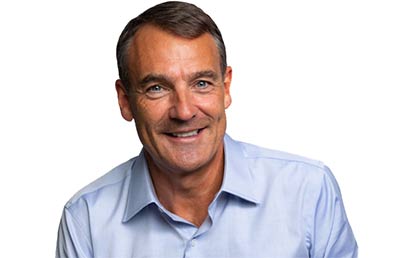 Join us as we celebrate the best of the Irish in Britain with an interview with Bernard Looney, CEO of bp.

We will also announce the recipients of our Annual Grant Round funding which has been made possible by the generous support of our donors. A special music performance will complete the evening.

This event is possible thanks to the generous sponsorship of McCann FitzGerald.