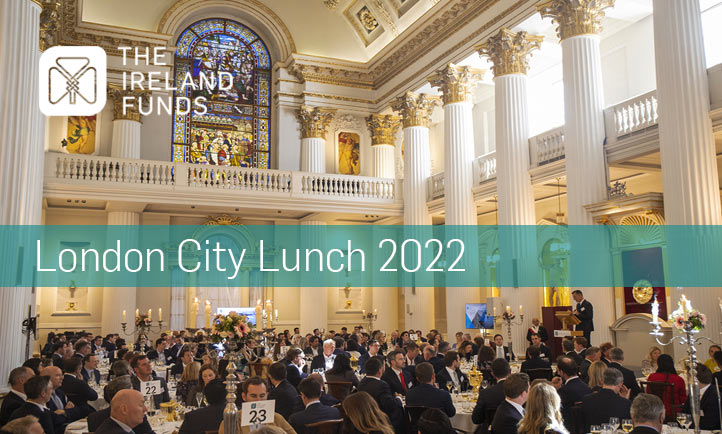 The London City Lunch is one of The Ireland Funds flagship events and a key part of our annual fundraising efforts.

We are thrilled to return to the Mansion House and to do what we do best: convene the best of the Irish in Britain and raise funds to support deserving causes across Great Britain and Ireland.

We hope you can join us for an afternoon of good food, good wine, and good company.

We are delighted to have the support of our sponsors, McCann FitzGerald and Ridgeway once again. 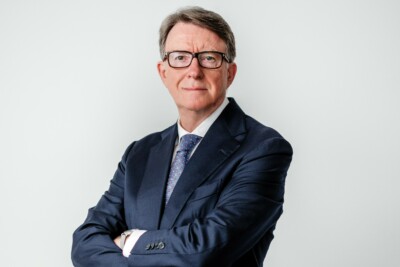 The Rt Hon. the Lord Mandelson has been announced as the keynote speaker at the London City Lunch on Friday, 10th June, at Mansion House in the City of London.

Lord Mandelson is Co-founder and Chairman of Global Counsel. He is a former European Trade Commissioner and British First Secretary of State. As Trade Commissioner between 2004 and 2008, he negotiated trade agreements with many countries and led European negotiations in the WTO Doha World Trade Round.

As well as Chairman of Global Counsel, Lord Mandelson is a member of the International Advisory Committee of BlueVoyant, a cyber security company and member of the Group Holding Board of The Bank of London. He is President of the Great Britain China Centre and Governor and Member of the Council of Management at the Ditchley Foundation. Lord Mandelson is Chairman of the Design Museum in London and Chancellor of Manchester Metropolitan University.

To book your table or tickets, email kjemmett@irelandfunds.org

The London City Lunch is one of The Ireland Funds flagship events and a key part of our annual fundraising efforts. We are thrilled to be hosted at Mansion House by the Lord Mayor of the City of London, Vincent Keavney, and to do what we do best: convene the best of the Irish in Britain and raise funds to support deserving causes across Great Britain and Ireland.

We look forward to welcoming you for an afternoon of great food, wine and company!