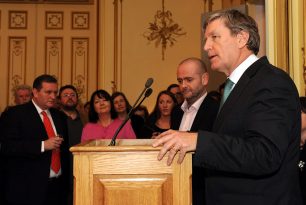 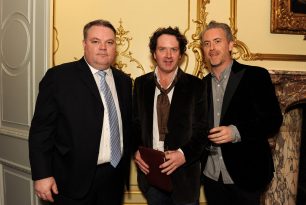 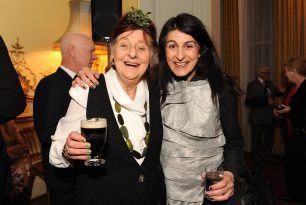 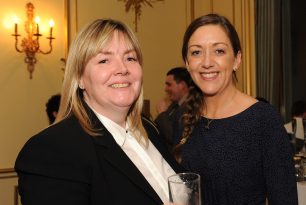 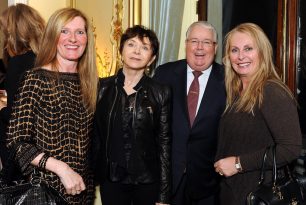 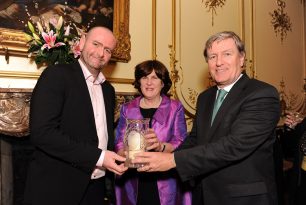 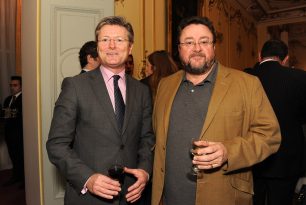 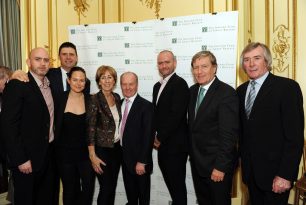 January 23, 2014. The Ireland Fund of Great Britain posthumously awarded its “Forgotten Irish” Award, to construction giant Patsy Byrne. A native of Duagh, County Kerry, Patsy came from humble beginnings and with his brother Johnny founded Byrne Group which is responsible for building some of London’s most iconic buildings including the Olympic Stadium, the Emirates Stadium and The Shard.

The award ceremony was hosted by Irish Ambassador to the UK, Dan Mulhall, at the Irish Embassy and was attending by large number of people including Patsy's great friend and Ireland Fund of Great Britain supporter, Niall Quinn; racehorse trainer Jonjo O'Neill and Chelsea Flower Show gold medal winning gardner Diarmud Gavin.
Presenting the award on the night was Ireland Fund GB CEO Sheila Bailey, who said it was a privilege to commemorate Patsy’s years of service to the Irish community in the UK.

Patsy's son, Michael Byrne graciously accepted the award and thanked the Ireland Fund of Great Britain for all the important work that it undertakes. He explained that when Patsy first arrived in London, life for young Irish people wasn’t easy and that people often needed some luck. Michael said that Patsy never forgot  where he came from and continued to try and give those Irish people living in London that luck. He ended by saying, “he [Patsy] may be gone but he will never be forgotten.” 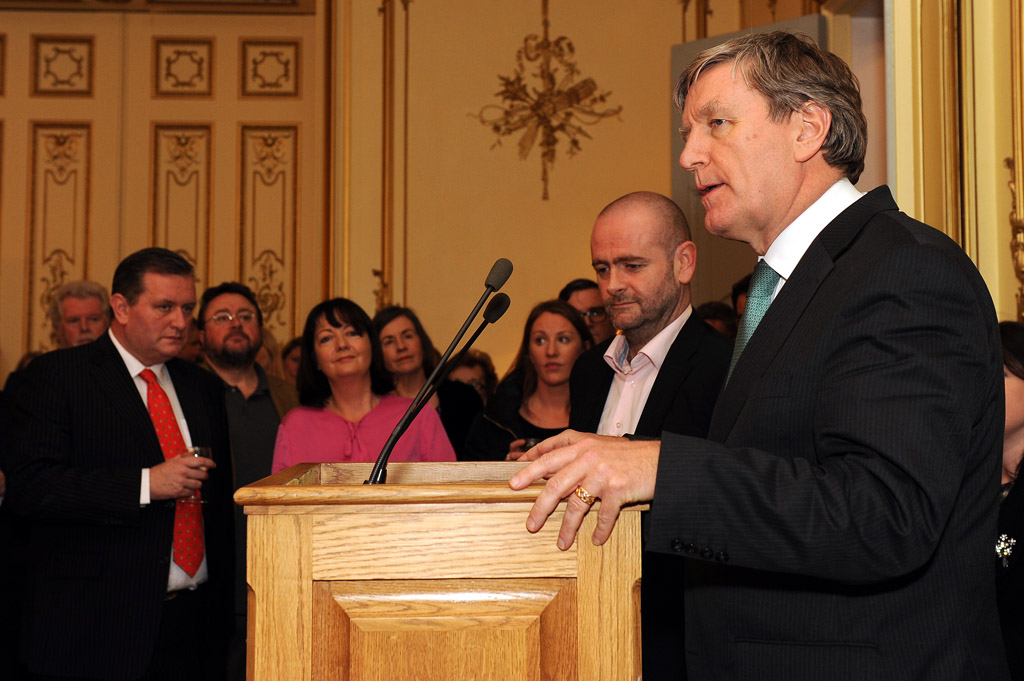 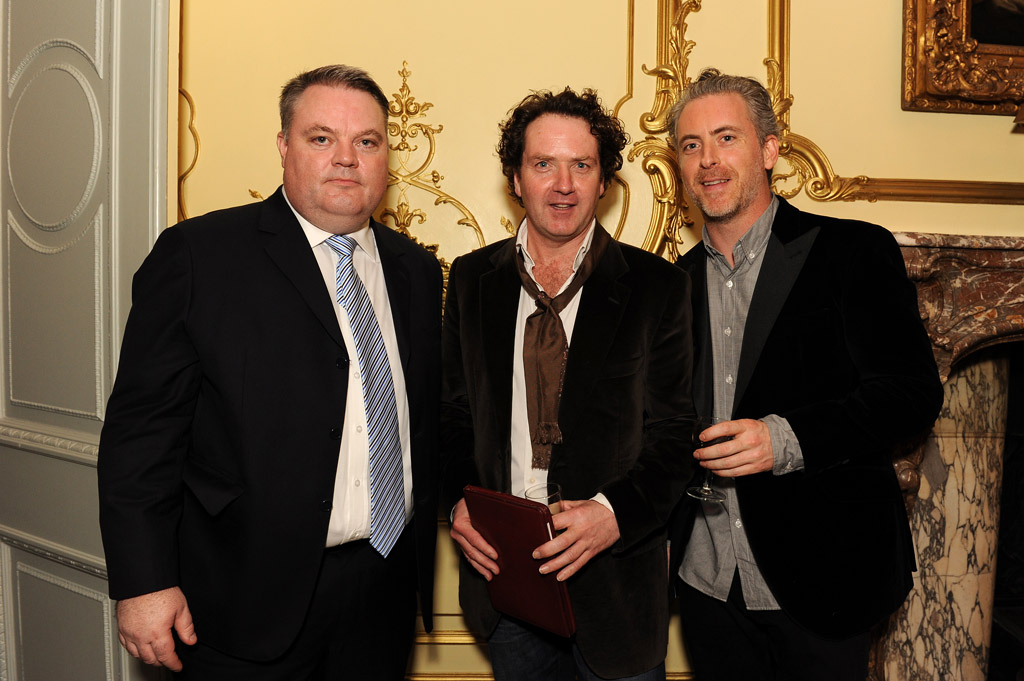 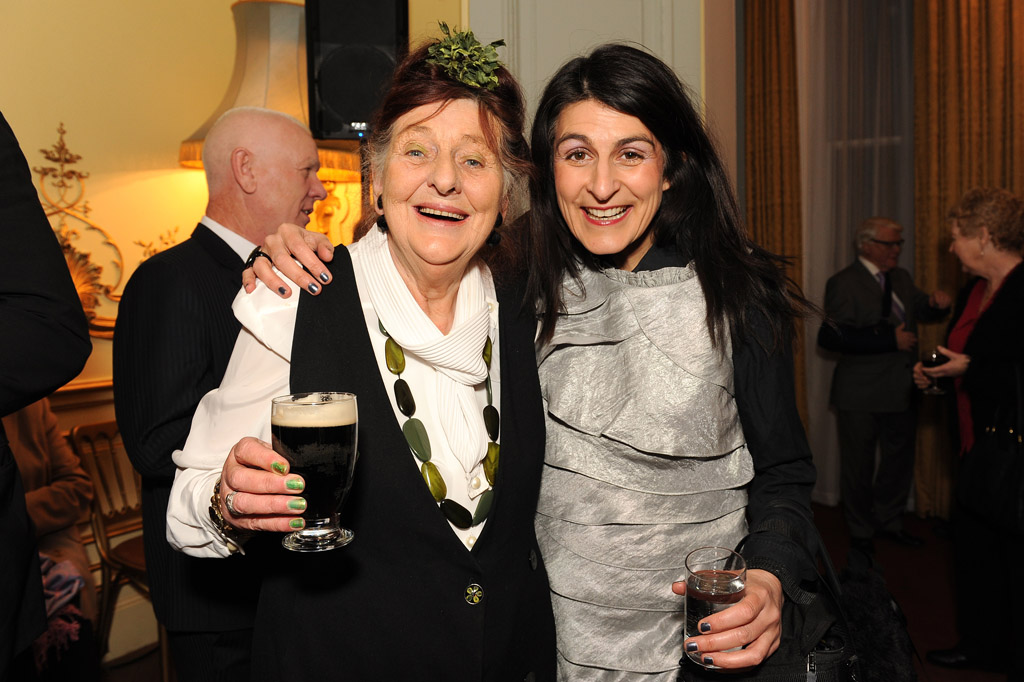 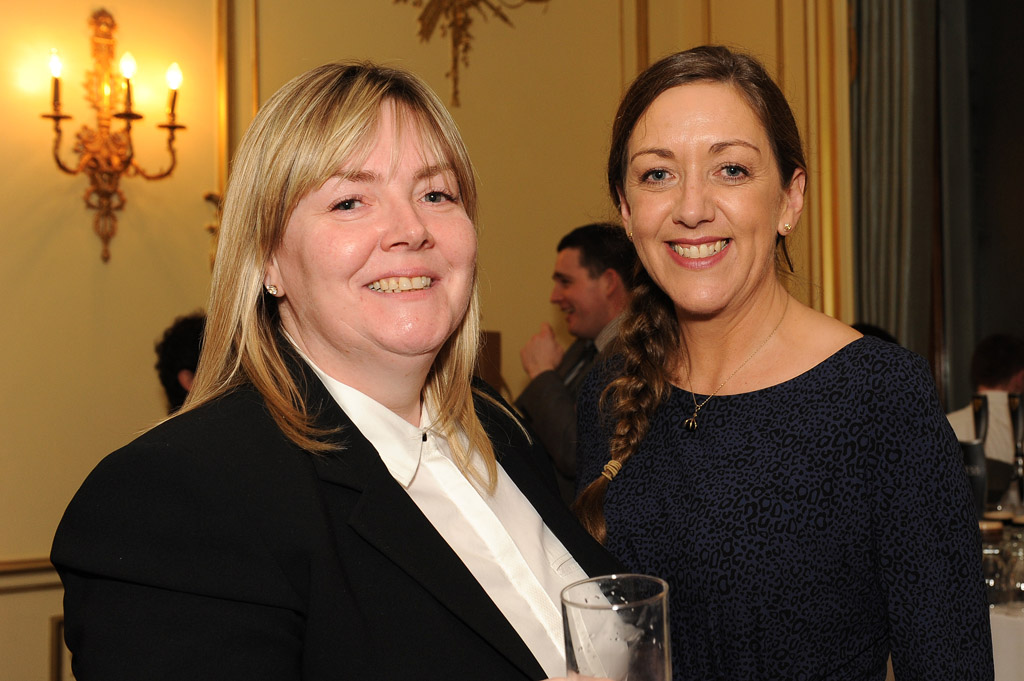 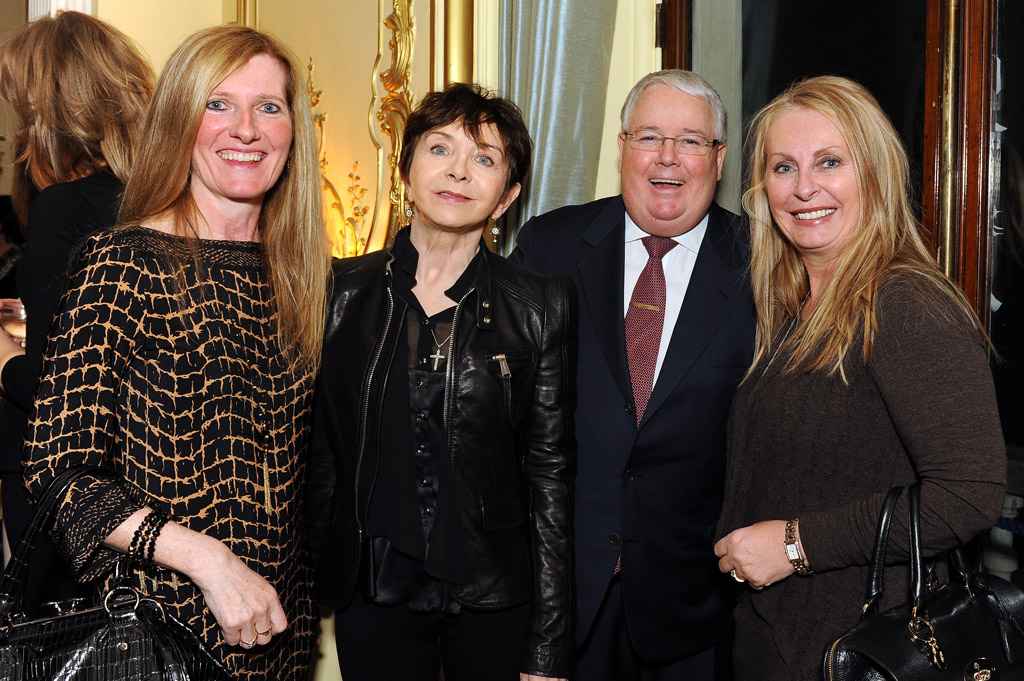 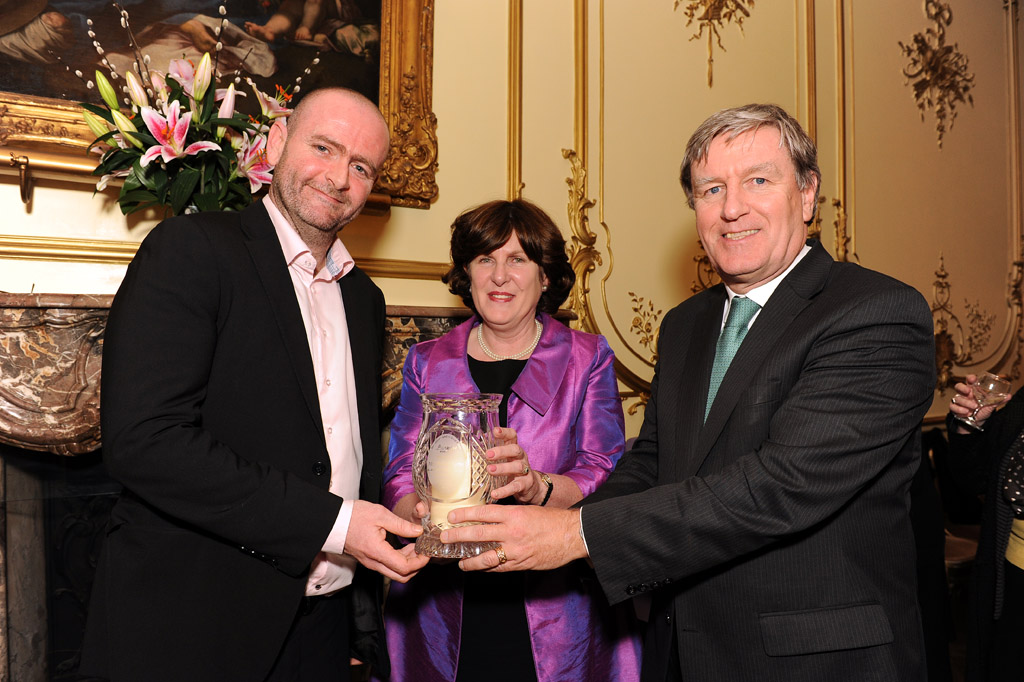 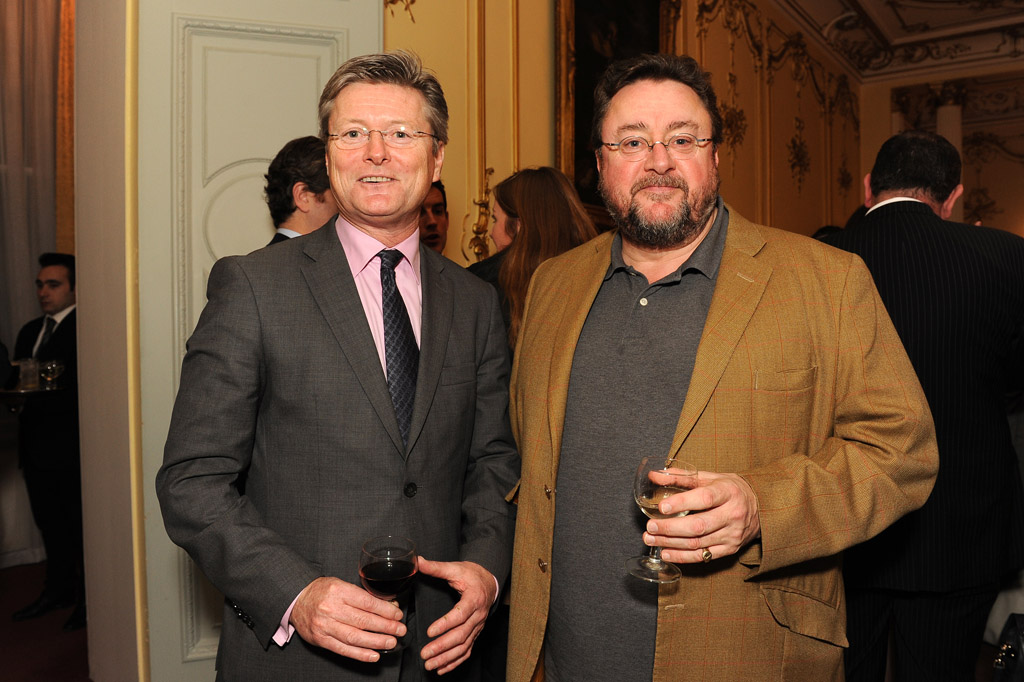 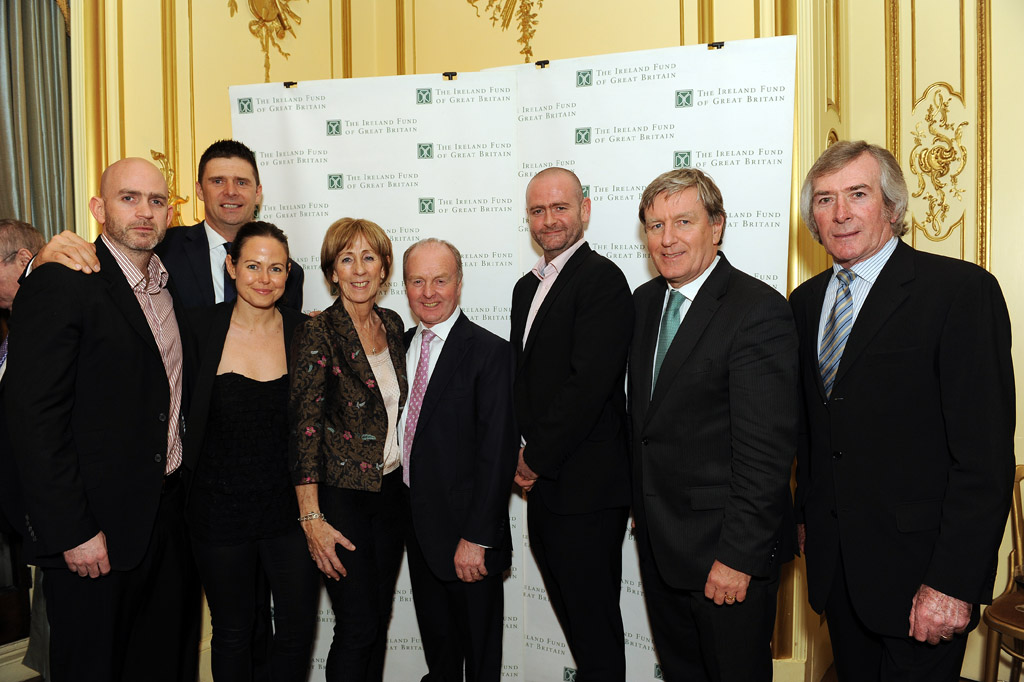