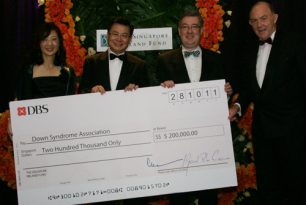 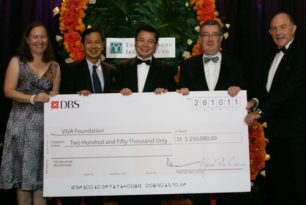 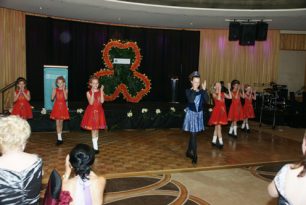 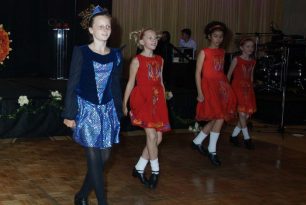 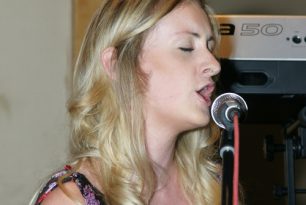 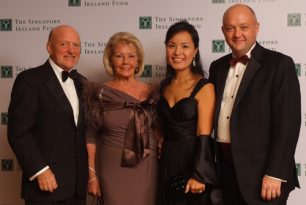 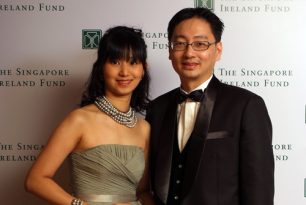 The annual Gala Ball of The Singapore Ireland Fund (TSIF) was held on Saturday 28th October at the iconic Fullerton Hotel, Singapore. Now established as a key event in the Singapore social calendar, this year’s Ball was attended by some 350 guests, including the President & CEO of The Worldwide Ireland Funds, Kieran McLoughlin. Other special guests included the Irish Ambassador to Singapore HE Joseph Hayes and his wife, Deirdre.

As ever, guests were treated to a feast of not only excellent cuisine but also a full programme of entertainment for the evening including performances by the Irish Inspirational Dance group, Irish traditional music by CRAN and a special sean nos performance by a talented young member of the Irish Diaspora in Singapore, Emma Reilly.

It was hard to pick an outstanding performance from the evening but most guests would agree that, following a fanfare entrance provided by the St. Joseph’s Pipers, the performance by a group of drummers at the beginning of the evening from the Down Syndrome Association of Singapore (DSA) was particularly special.

The DSA was one of the worthy beneficiaries of the Ball proceeds on the night along with the VIVA foundation which provides services to those involved in providing care to children with cancer.

Billed as an evening of ‘Celebration of Irish Music and Dance’, there was also some serious business to attend to during the evening, that of the Charity Auction and the Raffle draw. Armed with enviable sales patter, Micheal Smith took to the podium and raised a record S$202,000 during the charity auction. With the help of volunteers from the recently launched Farmleigh Fellowship in Singapore, the Raffles raised close to S$23,000 on the night. These amounts combined with donations and tables sales from the Gala ball resulted in a record breaking S$650,000 being raised for the DSA and the VIVA Foundation in 2011 – money that will make a real difference in real lives.

Speaking after the event, Dr. Quek thanked all sponsors and volunteers who helped make the 2011 ball possible, in particular Exco members Sheila Lim and Deirdre Hayes who committed a great deal of time to the event. Dr Quek finished by promising that 2012 will bring even more activities from TSIF. 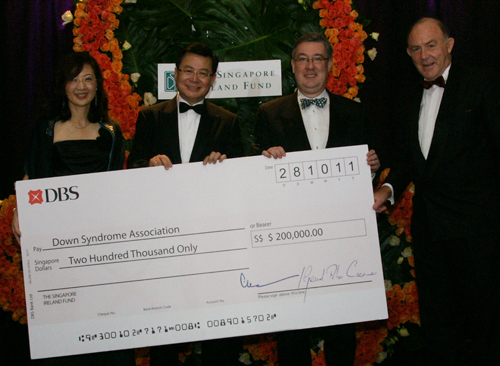 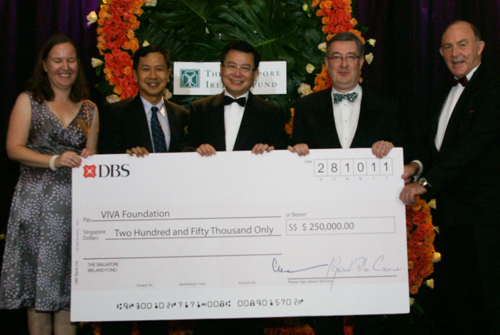 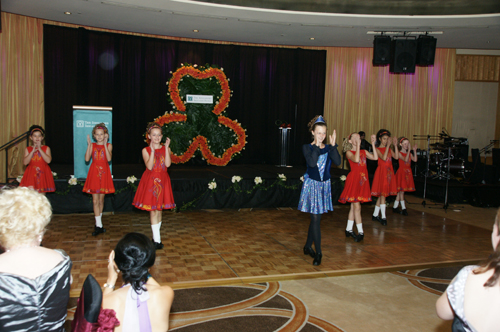 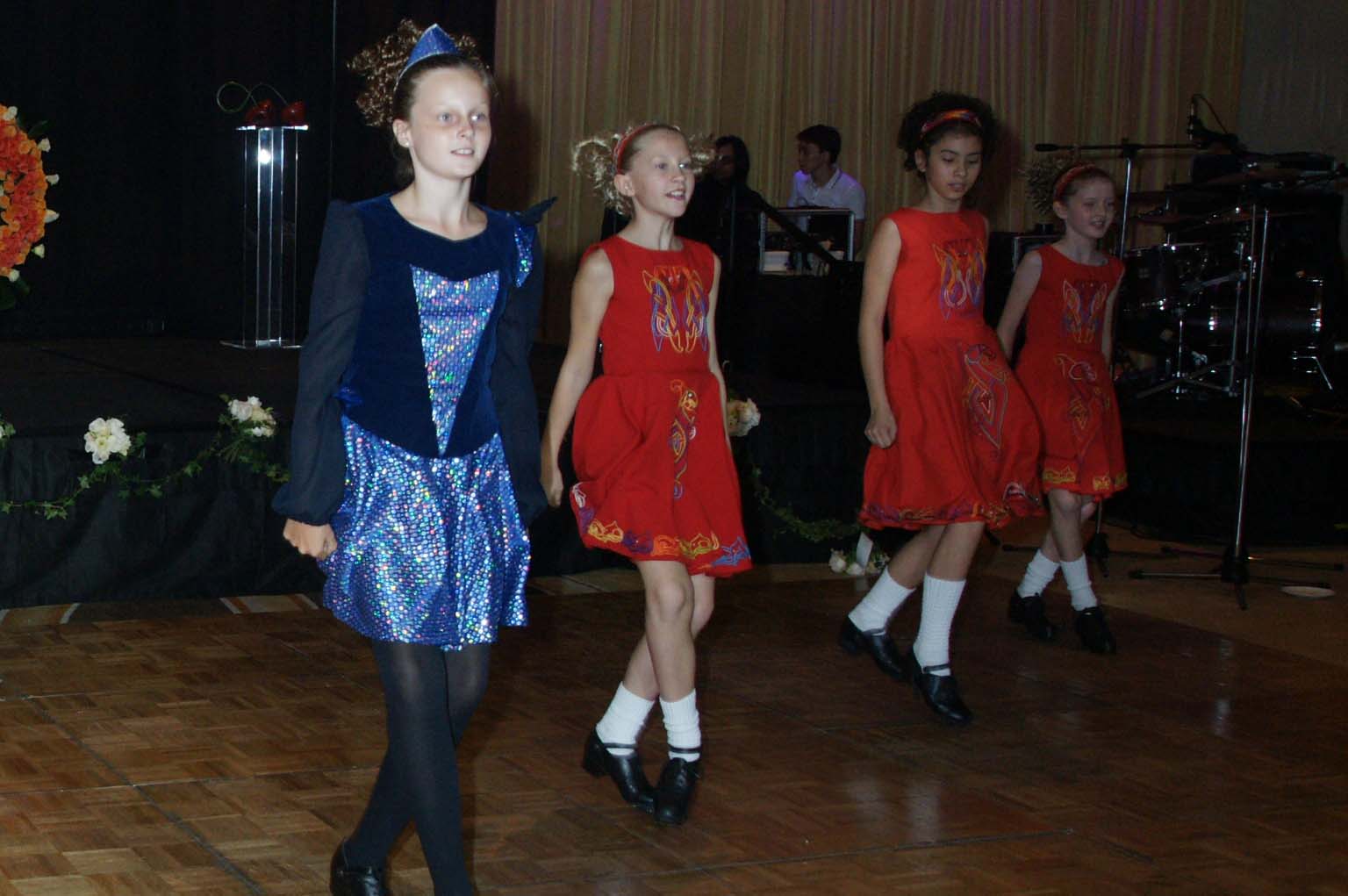 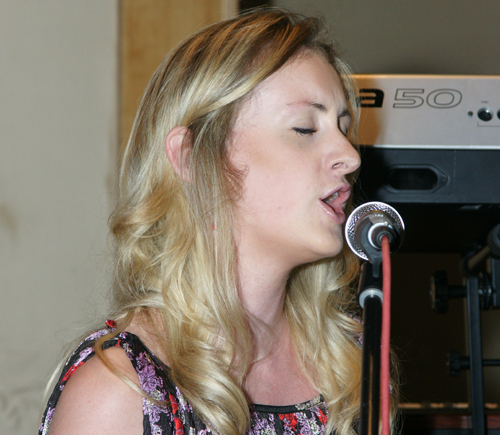 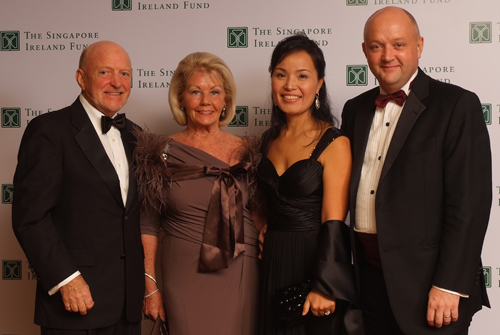 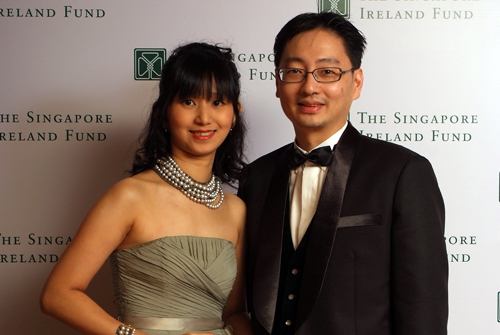