Fintan O’Toole – We Don’t Know Ourselves 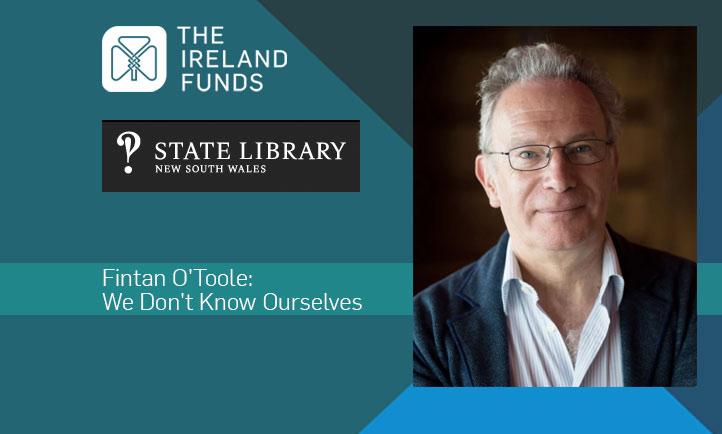 Presented in partnership with The Ireland Funds, The University of NSW and the State Library

Ireland’s leading public intellectual, Irish Times columnist and award-winning author Fintan O’Toole discusses his new book We Don’t Know Ourselves: A Personal History of Ireland Since 1958 with Anton Enus. Named one of The New York Times Book Review’s 10 best books of 2022 with O’Toole described a ‘gifted raconteur at the height of his powers’, this acclaimed new book charts six decades of Irish history and modernisation while skilfully interweaving memoir, historical narrative and sociology with sly, self-deprecating humour.

Fintan O’Toole is an Irish Times columnist and writer. His books include We Don’t Know Ourselves: A Personal History of Ireland Since 1958, Heroic Failure: Brexit and the Politics of Pain, and Ship of Fools: How Stupidity and Corruption Sank the Celtic Tiger. A member of the Royal Irish Academy, he is a winner of the European Press Prize and the Orwell Prize. He is also professor of Irish letters at Princeton University.

Anton Enus has been a news presenter on SBS television for the past 24 years. Prior to that he was a reporter, producer and political correspondent in his native South Africa. Outside of work, his daily life is tailored to the many demands of a little terrier called Rosie.