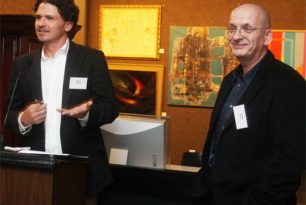 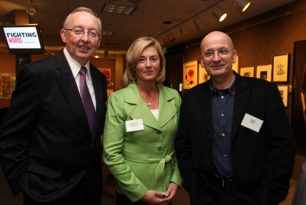 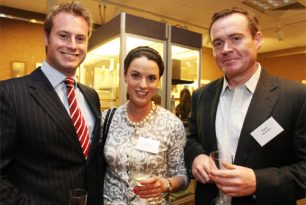 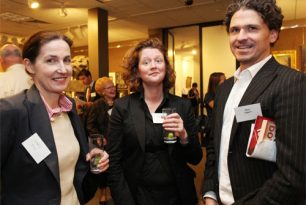 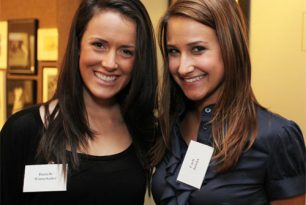 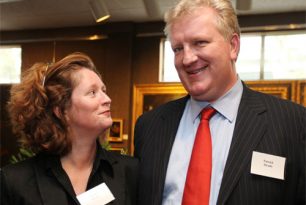 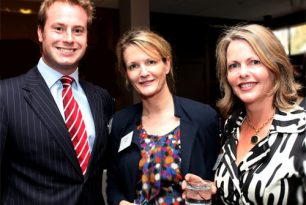 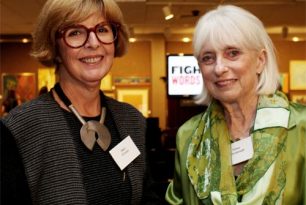 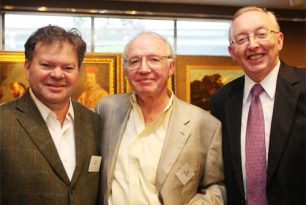 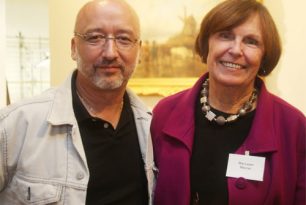 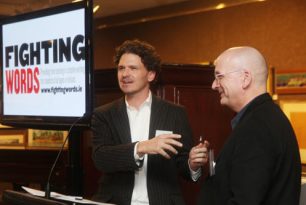 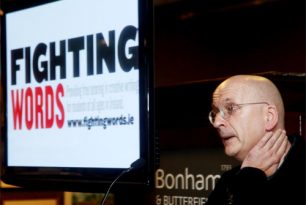 On Thursday, September 16th, The American Ireland in San Francisco hosted a private reception at Bonhams & Butterfields, with Irish novelist, dramatist, and screenwriter Roddy Doyle. Each of Roddy’s titles, from The Commitments (Doyle's debut) to The Woman Who Walked Into Doors, has earned both critical and popular acclaim. Paddy Clarke Ha Ha Ha, his funny, pitch-perfect perspective of a Dublin ten year old, won the 1993 Booker Prize.  His latest novel, The Dead Republic, was published in March and completes Doyle's trilogy about Henry Smart, a youthful participant in Irish republicanism's seminal event, the Easter Rebellion of 1916.

Roddy was joined by his good friend and special guest, acclaimed author Dave Eggers. Dave was the inspiration behind Fighting Words, the creative writing program in Dublin's inner-city that Roddy established, following his visit to 826 Valencia in San Francisco.  The American Ireland Fund Board Directors Maryon Davies Lewis and Bart Murphy were there, along with Consul General Gerry Staunton and Vice-Consul Barry O'Brien.  Assistant U.S.Attorney Tim Lucey attended as well as Kalan McGinley of Macquarie Capital Advisors & Kate Johnston, Kathleen Ryan, Mary Fox of Goldman Sachs, Kathleen McDonough, and Caroline Slacik, Sheila Doyle Kiernan and Erin Doyle Ebeling.  Patrick Meade of Bonhams made it all possible by opening up the auction space and the room was full of beautiful treasures and artwork for an upcoming auction.

Regional Director, Marjorie Muldowney, welcomed everyone and introduced Roddy Doyle.  Roddy talked about the creative process and "Fighting Words," the open and innovative creative writing center he set up in North Dublin in 2009 for students of all ages to develop their writing skills and explore their love of writing.  Patrons of Fighting Words include Scott Thurow, Richard Ford, Colum McCann, Ann Enright, Maeve Binchy, Lorrie Moore, Dave Eggers, and Nick Hornby.  Roddy was inspiring in his message about continuing the American Ireland Fund's long tradition of supporting Irish literature and writing because although the politicians and bankers may have failed the country, culture has not.  Roddy sees this as a way of paying forward and made a large investment in the Fighting Words program.  The goal now is to build an endowment so that the center can continue serve children from all over Ireland – so far, 13,000 kids have been  through the program in just over a year and there are 400 volunteers!

This is one of the great new projects coming out of Ireland and we are delighted to embrace Fighting Words.  Sincere thanks to Dublin-based Bill Shipsey S.C. for funding this event. 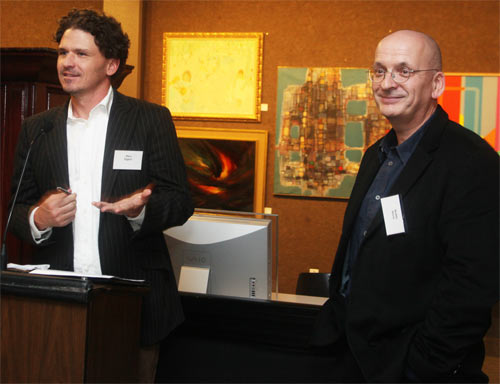 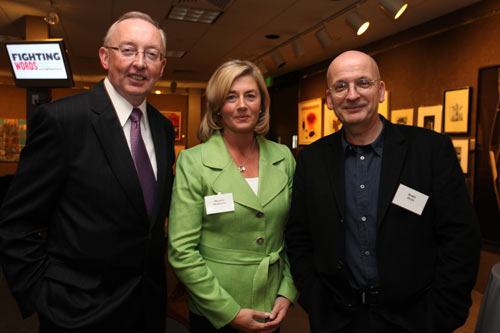 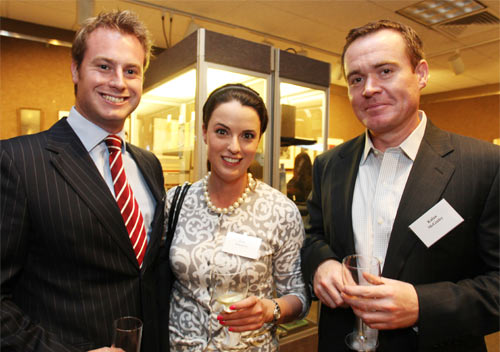 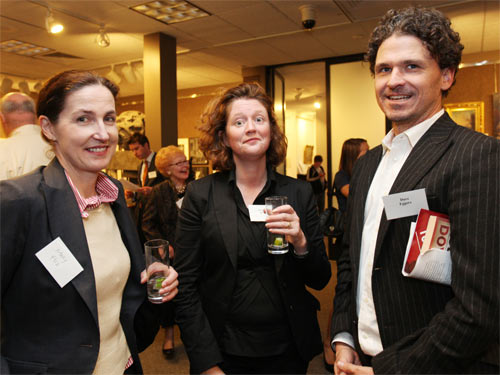 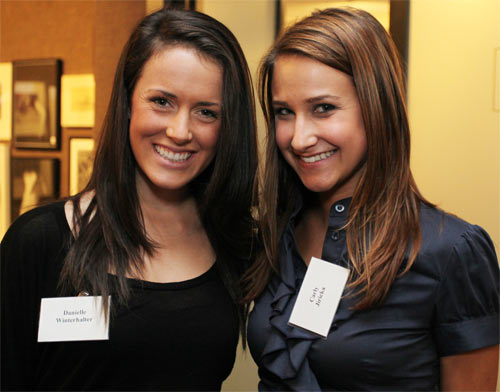 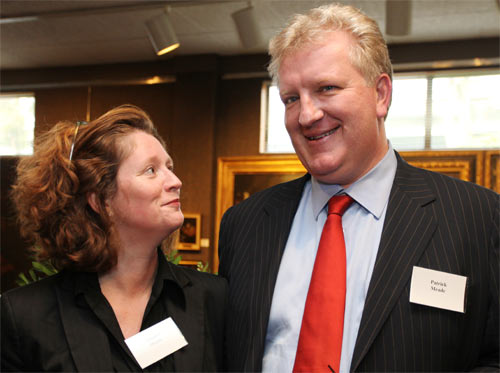 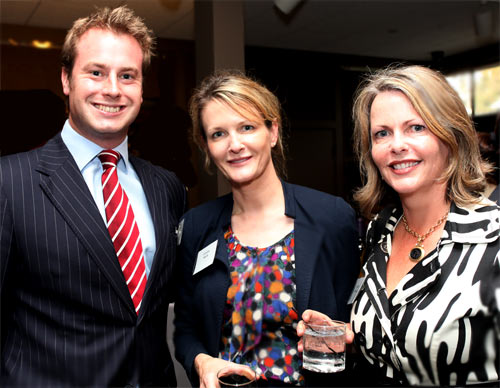 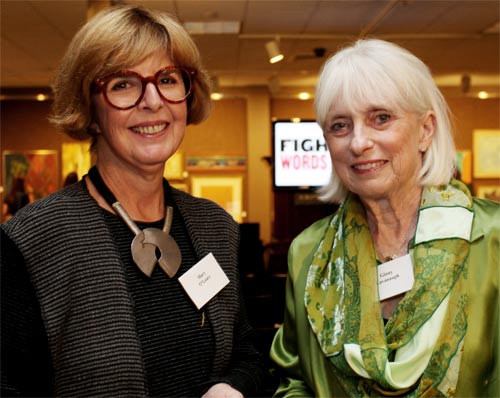 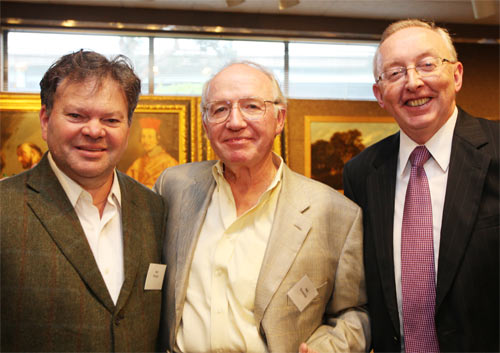 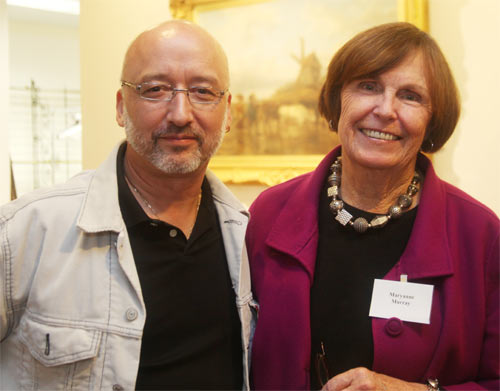 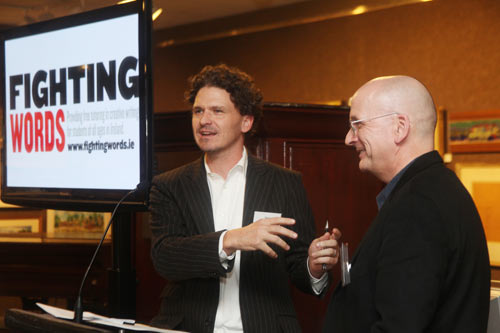 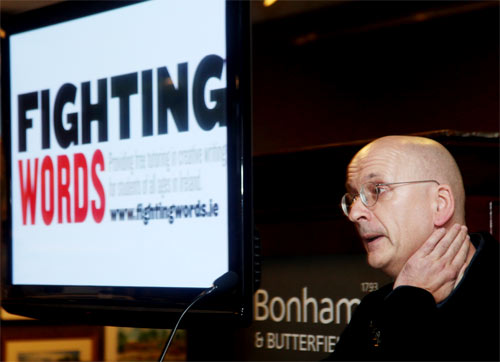