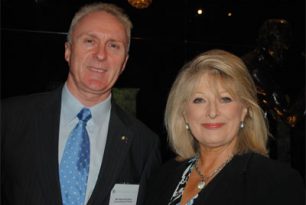 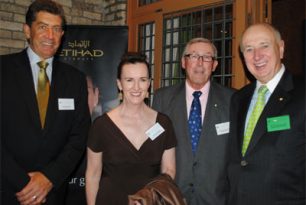 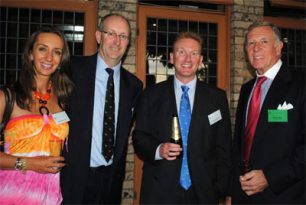 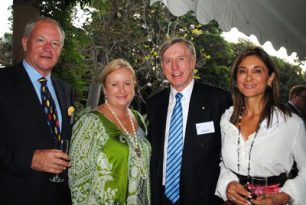 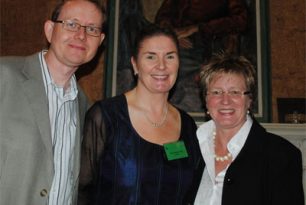 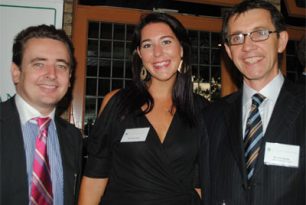 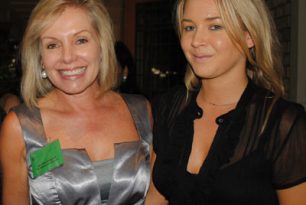 The Sydney ‘Fairwater’ Reception this year took place on Thursday, 4 March 2010. ‘Fairwater’, the beautiful home of Lady Mary Fairfax AC, OBE, was again the stunning venue for the event. The lovely Sydney weather and harbour views added to the wonderful atmosphere of the evening.

The Chairman welcomed fellow Life Governors and Governors, Lady Fairfax, Mary Lee,  Peter Ryan, and Briege Tuite. In doing so the Chairman told guests that our Governors' and Life Governors’ contributions have provided very vital and significant funds for the various works supported by The Australian Ireland Fund.

Also acknowledged were our very generous Australian Ireland Fund Corporate Governors, Mercedes-Benz; Etihad, represented by Matthew Scott and Australian Radio Network part of the APN News & Media.  Our Corporate Governors provide absolutely essential support for fundraising at our Sydney Garden Party and functions in Melbourne and Brisbane.   We are honoured and grateful to have the support of those leading corporations.

The Chairman also welcomed a number of other important supporters; Kristin Bashir of Six Senses, Maureen McCarthy, Liz Tailor, Caroline Miller of Tourism NSW, Meg Robinson, Aldo Cozzi of De Lorenzo Caffe, Terry Davis of World Aviation, and Peter Ryan.  These supporters and others provide services and items for our silent auction, for which we are most grateful.  The Chairman extended a particular welcome to Sheilagh Sullivan, owner of Setanta Wines, who donated the wines for the reception and travelled up from Adelaide to attend.

Also present were a number of generous providers of services and items for our silent auction. Chairman Charles Curran expressed  words of welcome and acknowledgement to all of our valued supporters and again thanked them all for what they do to support the Fund, which enables us to continue our important work.

The Chairman indicated that our supporters in Australia have been enabling us to support important projects for peace and reconciliation in Ireland, particularly in the area of integrated education in Northern Ireland, where sadly only 6% of children are educated in an integrated environment. As he reported at last year’s Sydney Garden Party, we remain committed to this initiative but feel that at the same time as helping Ireland, we would like to contribute meaningfully to Australia, which has been hospitable to so many Irish families over many generations.

In progressing that objective the Board has adopted, as first focus projects involving reconciliation, so that the experience learned at such a high cost in Ireland can be applied in our local Australian environment.  The Australian Ireland Fund are doing so by working with the Australian Indigenous Education Foundation, headed by Mr. Andrew Penfold, to provide quality education for disadvantaged indigenous young Australians.   Already we have provided a $20,000 per annum scholarship, at Marist Ashgrove, and St. Peters in Brisbane and we are in the process of establishing a scholarship at a leading Sydney school.  Drawing on the Federal Government funding of $20 million, the Australian Indigenous Education Foundation will be matching those scholarships, thus doubling the results gained from our contributions.  We will also support those young people and their schools with mentoring programs.

Also, as our supporters know, The Australian Ireland Fund had provided funding for an Australian project, namely, the establishment of a Chair of Modern Irish Studies at the University of New South Wales.  This will form part of the John Hume Institute for Global Irish Studies which is being established by the University in conjunction with University College Dublin. The University has commenced the recruitment process for a Director and Chair and it plans to open the Centre in 2010.   Our association with the Centre will enable the Fund to assist Australian students study peace and reconciliation projects in Ireland.

The Ambassador His Excellency Máirtín Ó Fainín also addressed the crowd and shared the appreciation of the Irish Government and its people for all the funds raised to help numerous projects. The Ambassador thanked supporters not only for their financial support but for the moral support and the hope this has provided to many people and projects.  The Ambassador also gave an update on developments in Ireland, with particular reference to the ongoing importance of the work of Ireland Funds and encouraged supporters to stay with us and help us to continue this important work. 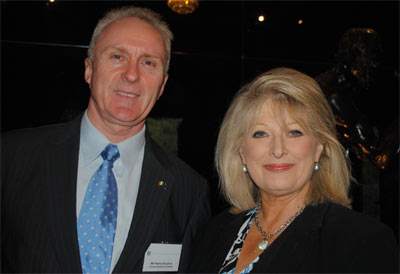 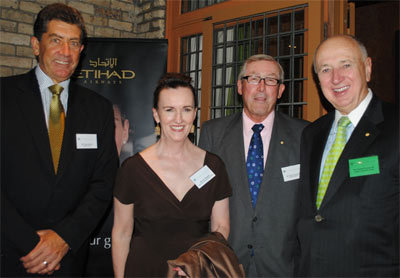 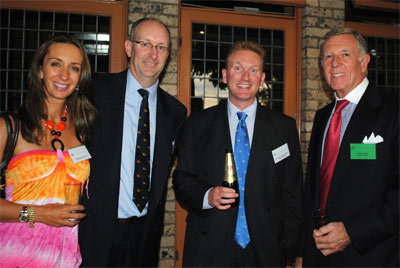 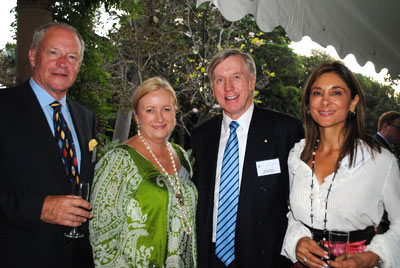 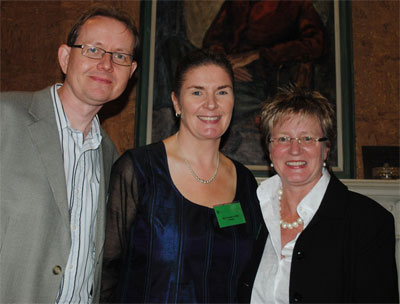 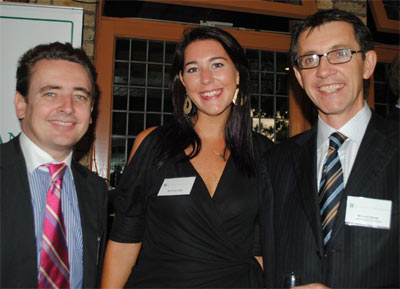 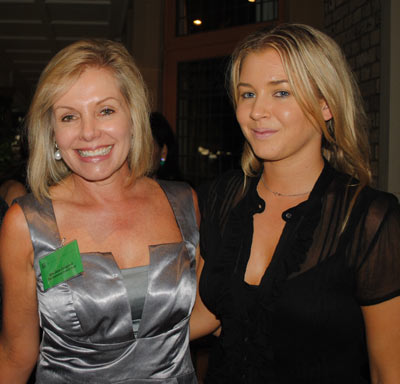