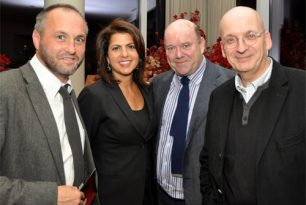 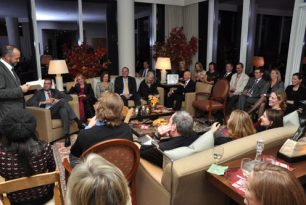 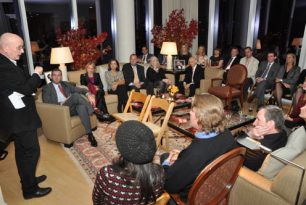 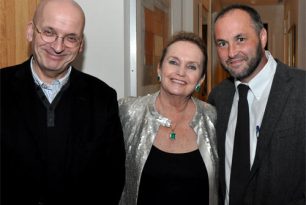 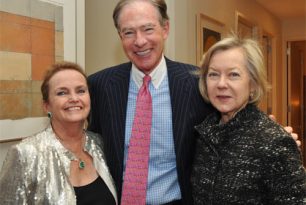 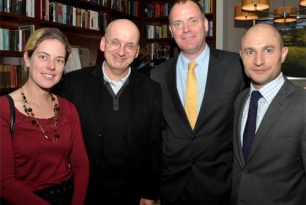 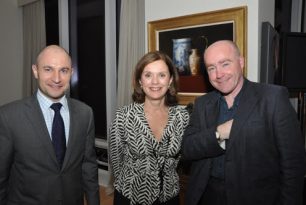 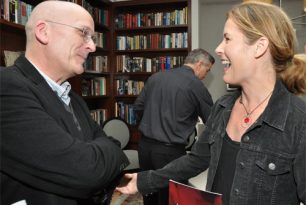 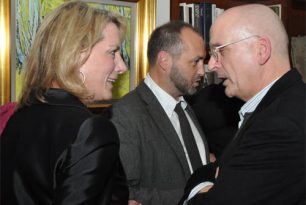 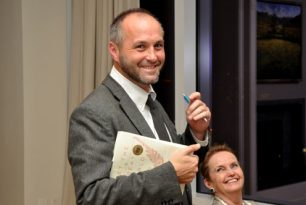 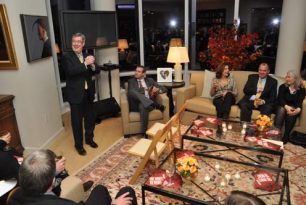 On Tuesday November 9th, The American Ireland in New York hosted a private reception at the apartment of Loretta Brennan Glucksman, with Irish novelist, dramatist, and screenwriter Roddy Doyle. Each of Roddy’s titles, from The Commitments (Doyle's debut) to The Woman Who Walked Into Doors, has earned both critical and popular acclaim. Paddy Clarke Ha Ha Ha, his funny, pitch-perfect perspective of a Dublin ten year old, won the 1993 Booker Prize.  His latest novel, The Dead Republic, was published in March and completes Doyle's trilogy about Henry Smart, a youthful participant in Irish republicanism's seminal event, the Easter Rebellion of 1916.

Roddy was joined by special guest, winner of Ireland’s Novel of the Year, Colum McCann, for his book Let the Great World Spin. The two authors spoke about Fighting Words, the creative writing program in Dublin's inner-city that Roddy established.  Roddy and Colum both highlighted not only the success of the program, but also the importance of fostering creative expression through writing and how much that has done for Ireland’s history and culture.

Roddy talked about the creative process and "Fighting Words," the open and innovative creative writing center he set up in North Dublin in 2009 for students of all ages to develop their writing skills and explore their love of writing.  Patrons of Fighting Words include Scott Thurow, Richard Ford, Colum McCann, Ann Enright, Maeve Binchy, Lorrie Moore, Dave Eggers, and Nick Hornby.  Roddy was inspiring in his message about continuing The American Ireland Fund's long tradition of supporting Irish literature and writing. Roddy sees this as a way of paying forward and made a large investment in the Fighting Words program.  So far, 13,000 kids have been  through the program in just over a year and there are 400 volunteers.

The event was a wonderful evening and already inspired many guests to get involved with Fighting Words. 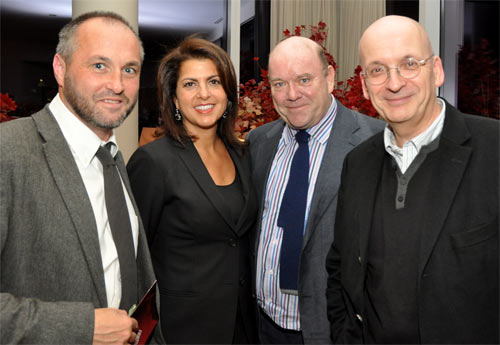 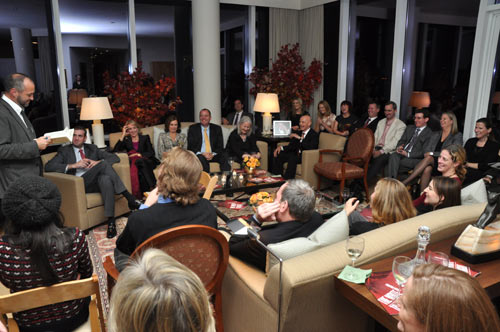 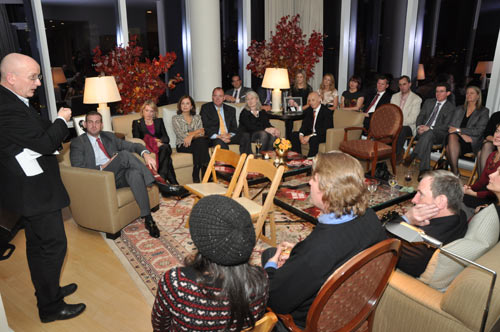 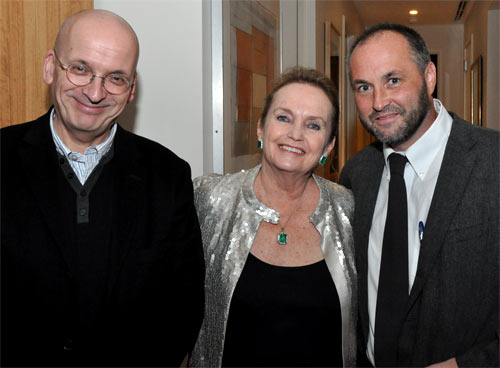 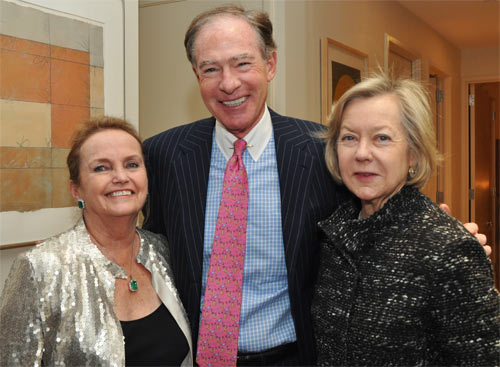 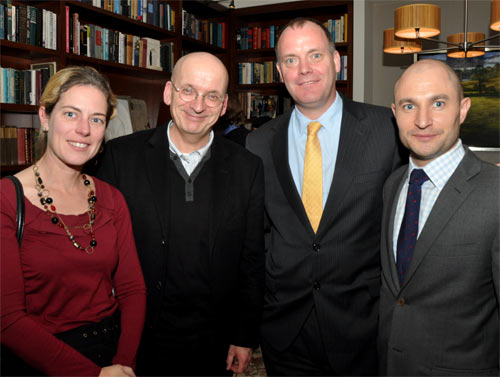 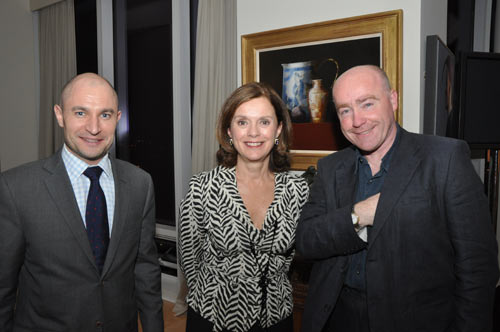 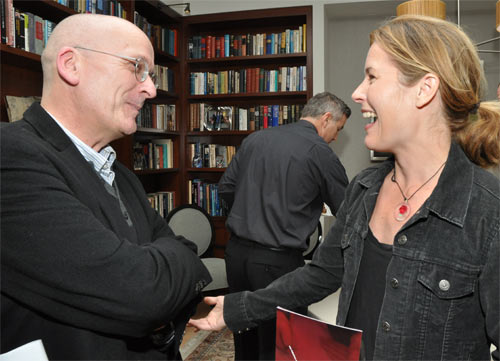 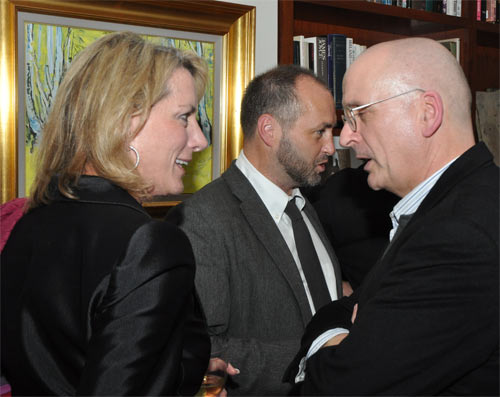 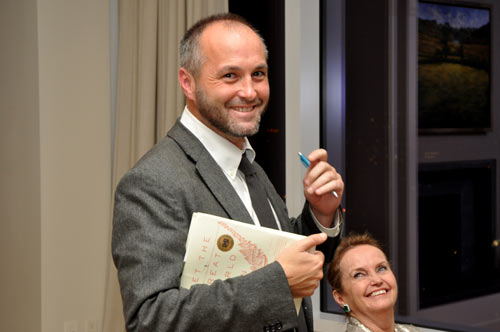 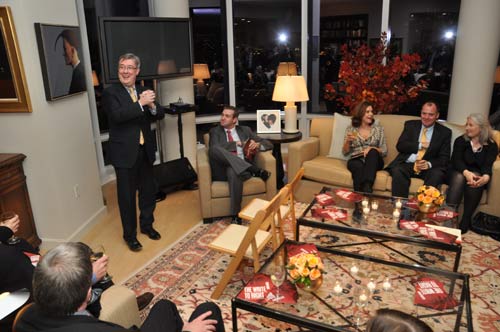