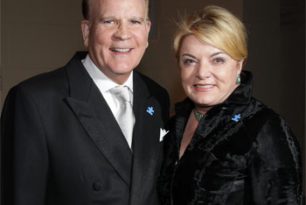 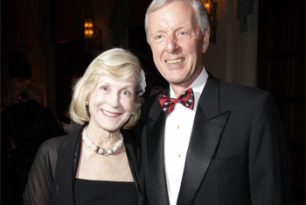 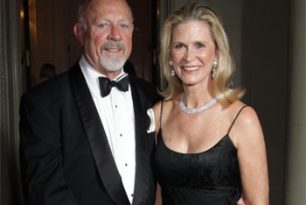 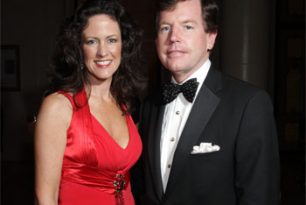 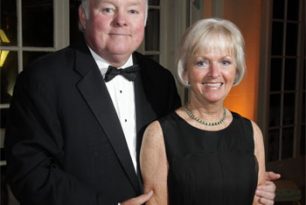 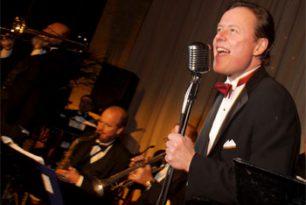 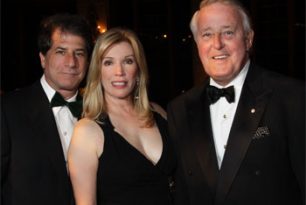 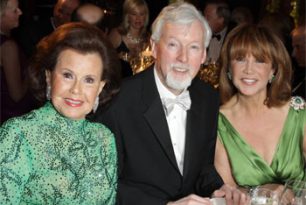 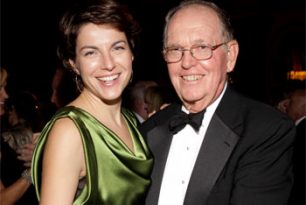 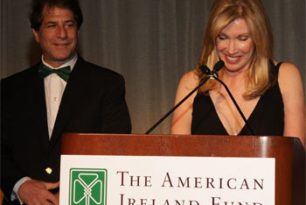 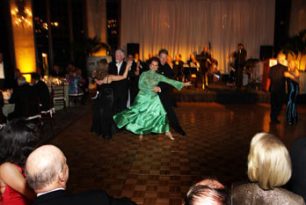 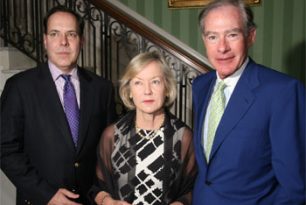 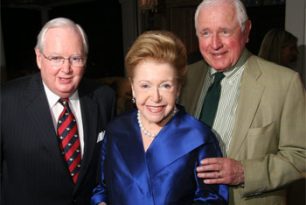 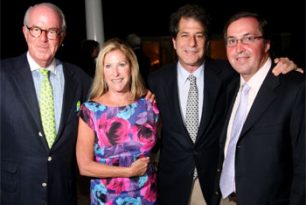 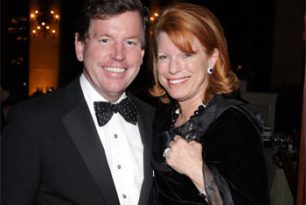 Against many odds the 2009 Palm Beach Emerald Isle Dinner Dance was a huge success.

Under the chairmanship of Hillie Mahoney over 200 guests gathered for Cocktails in the stunning Mediterranean Ball Room of The Breakers Hotel.  There, they were entertained by the rhythmic jazz of Bob Merrill and the Sultans of Swing. The guests were then invited to the Crystal Ballroom for dinner and dancing and were treated to a magnificent musical interlude by Irish virtuoso violinist and Director of the Irish Chamber Orchestra, John Kelly. After dinner, the renowned Palm Beach husband and wife team of Angelo and Sandra Caruso danced a beautiful waltz and snappy foxtrot, inspiring everyone to dance.

Through the extraordinary generosity of the guests the event raised $400,000 exceeding last year’s total!  These monies will be donated to causes across the island of Ireland and the Palm Beach Hospice.

Press Release
The American Ireland Fund’s Annual Emerald Isle Dinner Dance took place on February 12, 2009 at The Breakers and marked the organization’s 19th season in Palm Beach. Hillie Mahoney served as Dinner chairman.  The week began with a kickoff cocktail reception at Mahoney’s Palm Beach house, and concluded with a WineGeese dinner for top donors at the home of AIF board member, Tom Quick.

The gala evening, which drew more than 200 guests and raised $400,000, began with a cocktail reception in the Mediterranean Ballroom, followed by the dinner dance which was held in The Circle Ballroom. Kieran McLoughlin, president and CEO of The American Ireland Fund, welcomed everyone, acknowledged the special guests who had traveled from Ireland, and thanked Mahoney.  He then introduced Mahoney and asked her to come to the podium. After welcoming and thanking the guests for their support, Mahoney presented the evening’s honorees, philanthropists, Michele and Howard Kessler of Palm Beach and Boston, with The American Ireland Fund’s Humanitarian Award.  Award-winning Irish actor, Gabriel Byrne received the Performing Arts Award.  The program included a special musical performance by violinist, John Kelly of the Irish Chamber Orchestra, who has become known as one of Ireland’s leading cultural ambassadors in Ireland and abroad.

The evening bore the chairman’s distinctive stamp with the selection for the entertainment — the music of Mahoney’s son, Bob Merrill and the Sultans of Swing Orchestra.  A student and aficionado of dance, Mahoney arranged a special ballroom dance performance by her teacher, Angelo Caruso and his wife, Sandra of Caruso DanceSport Palm Beach, which inspired the guests to follow in their footsteps.  Mahoney also provided her own home-made mustard sauce for the corned beef entrée.

Proceeds from the Emerald Isle Dinner Dance will support Northern Ireland’s youth with programs developed to eradicate the prejudices of the past, such as Integrated Education, Sesame Street Northern Ireland and PeacePlayers International.  In addition, a portion of the dinner’s proceeds were donated to a local charity selected by Mahoney, Hospice of Palm Beach County, which has received a portion of the proceeds from each of the dinners in 2001, 2002 and 2005. 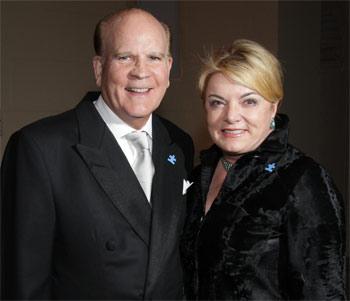 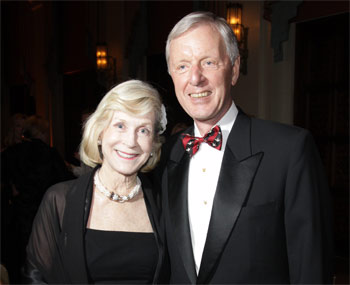 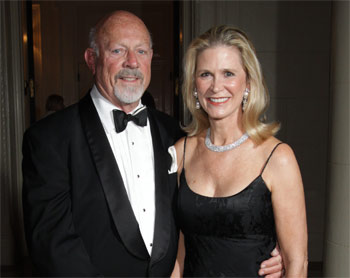 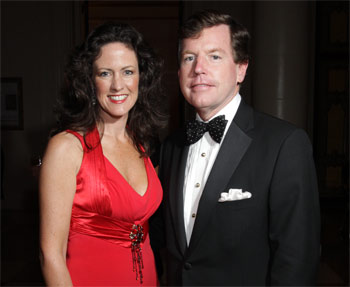 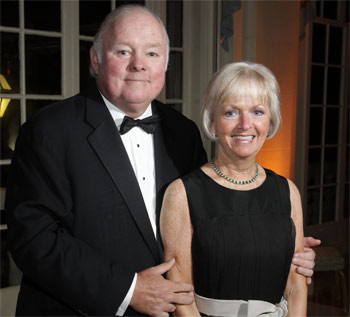 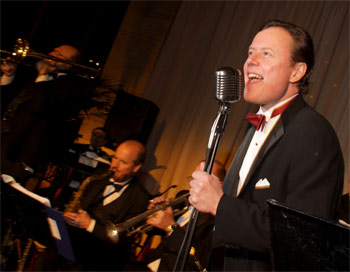 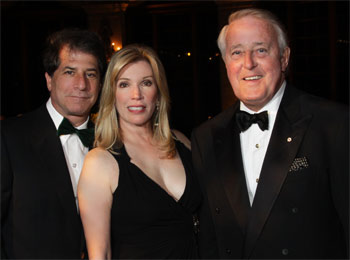 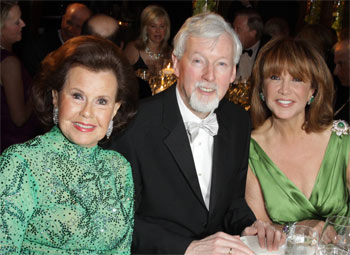 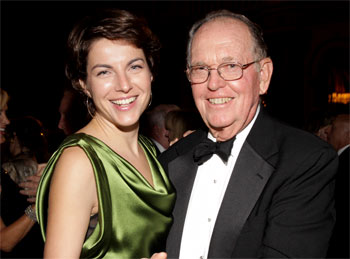 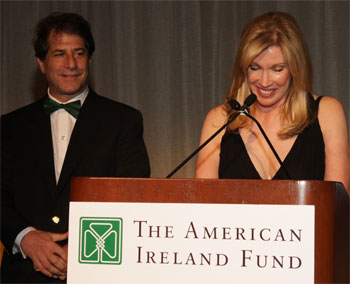 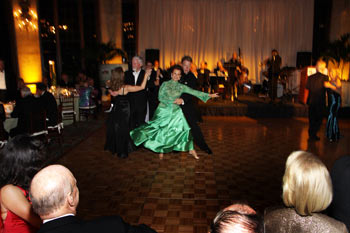 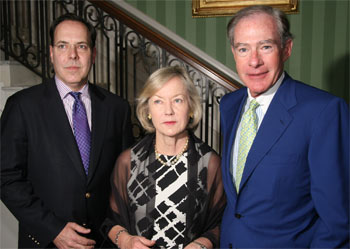 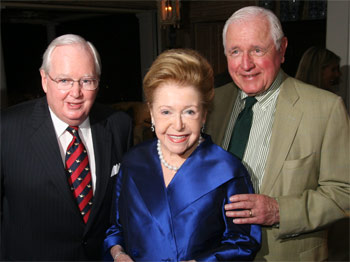 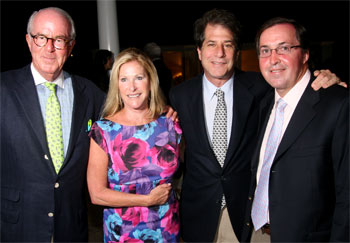 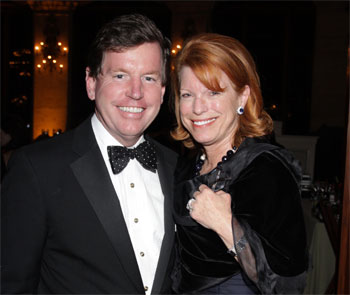