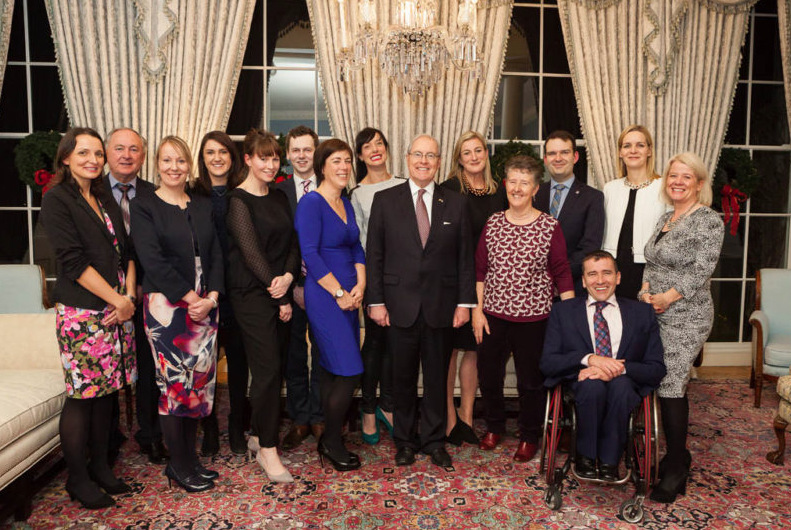 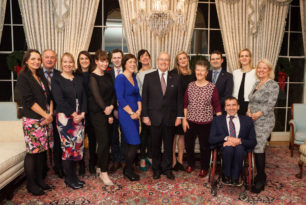 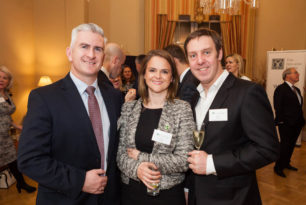 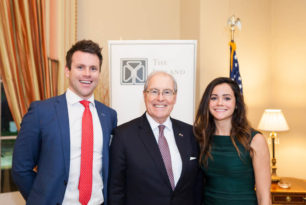 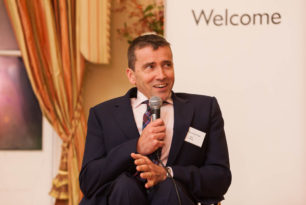 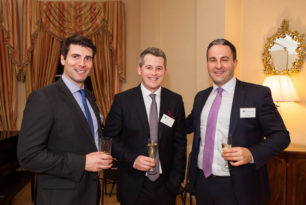 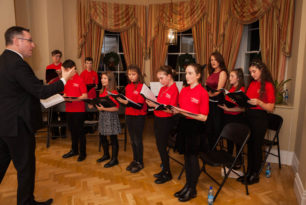 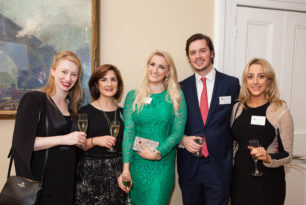 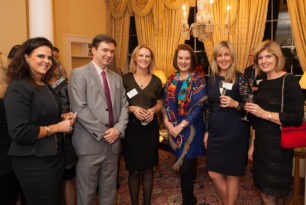 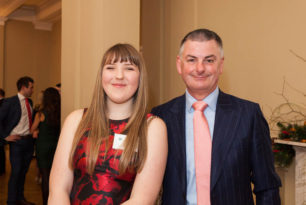 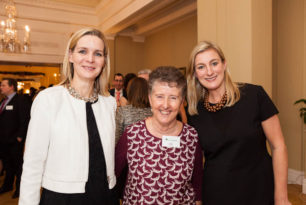 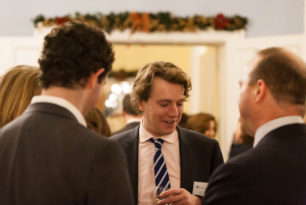 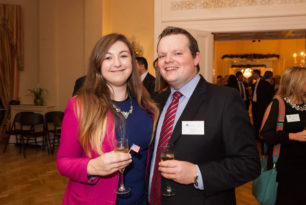 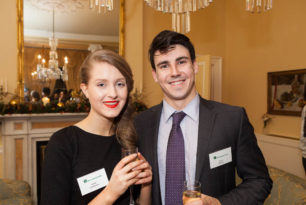 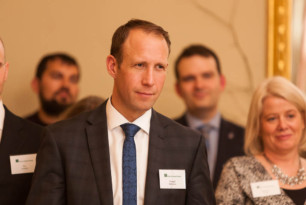 On Wednesday 7 December, The Ireland Funds Young Leaders officially kicked off Christmas festivities at a Reception in the US Ambassador to Ireland, H.E. O’Malley’s, residence in the Phoenix Park.

Guests arrived to the lyrical sounds of Music Generation’s choir from Westmeath. The players, who ranged in age from ten to sixteen years old, receive tuition in both classical and Irish harp through Music Generation’s music education programme, which is proudly supported by The Ireland Funds.

Ambassador O’Malley began the reception by welcoming the Young Leaders to his home. He spoke warmly about American-Irish relations, and in particular, the role The Ireland Funds have played in developing that special relationship.

Caitriona Fottrell, Director Ireland, then announced the 2016/17 Ireland Funds Flagship Grantees: Barnardos Ireland, Charities Institute Ireland, FoodCloud Hubs, GIY Ireland, Specialisterne Ireland and the Washington Ireland Programme. Caitriona spoke about the real impact the flagship grantees were having across so many sectors, in so many different parts of Ireland, and how The Ireland Funds was excited and proud to support the key work being done by them.

John Fulham, Corporate Partnership Development, in the Irish Wheelchair Association then spoke about what it meant to him, and to IWA to be a grantee of The Ireland Funds. He spoke warmly about his own personal journey with the Irish Wheelchair Association, and how it was impacting the lives of so many people on a daily basis. He specifically thanked The Ireland Funds and their donors for their contribution, and said it was making a greater difference than they could ever know.

The presentation was concluded by Siobhán Gallagher who spoke about the global Young Leader network, and how it supports the work of The Ireland Funds, while at the same time cultivating an outstanding network of friends across the world.

From the Ambassador’s Residence guests moved to The Stephen’s Green Hibernian Club to really kick off the festive season! 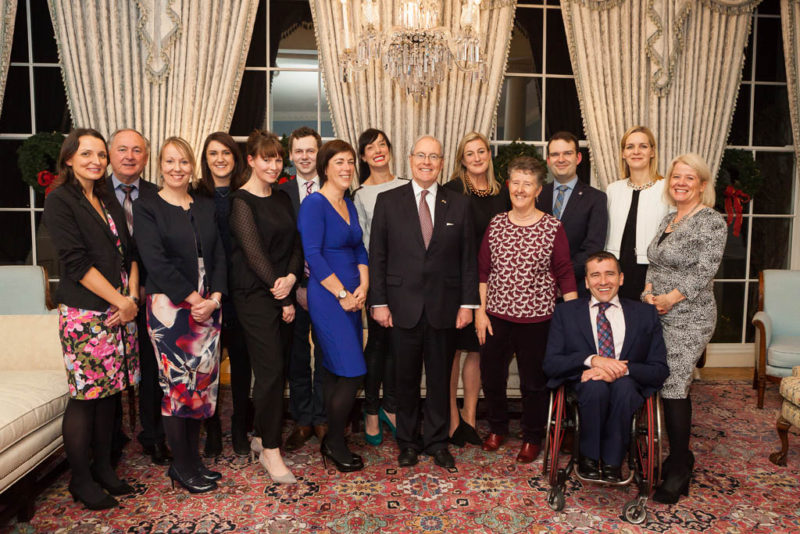 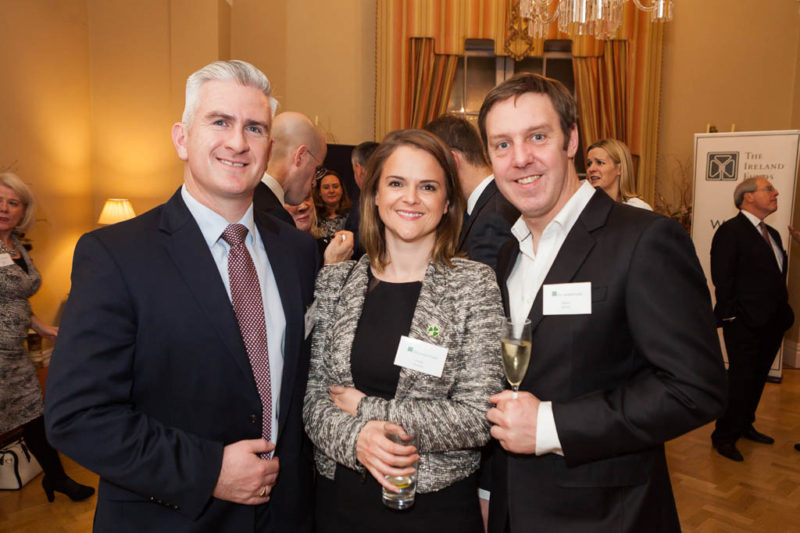 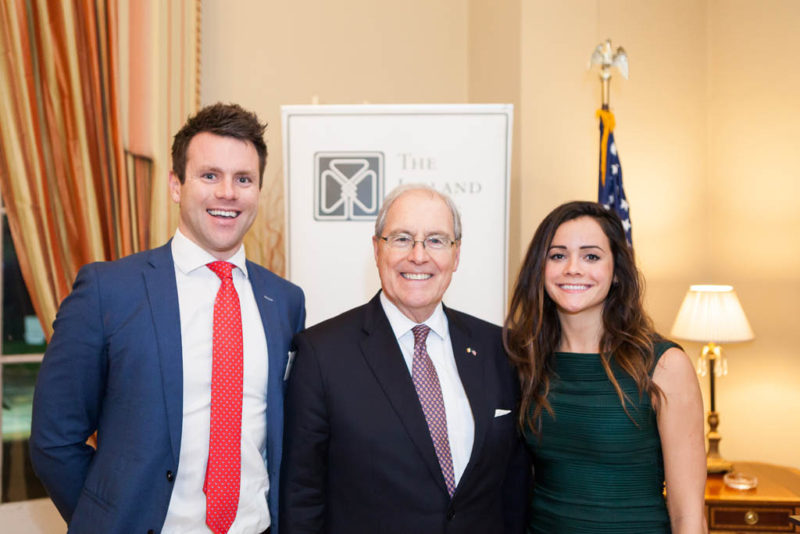 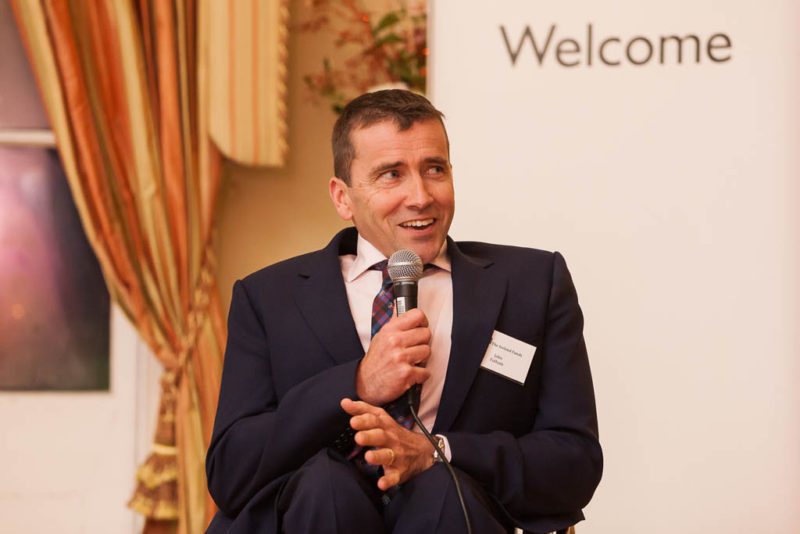 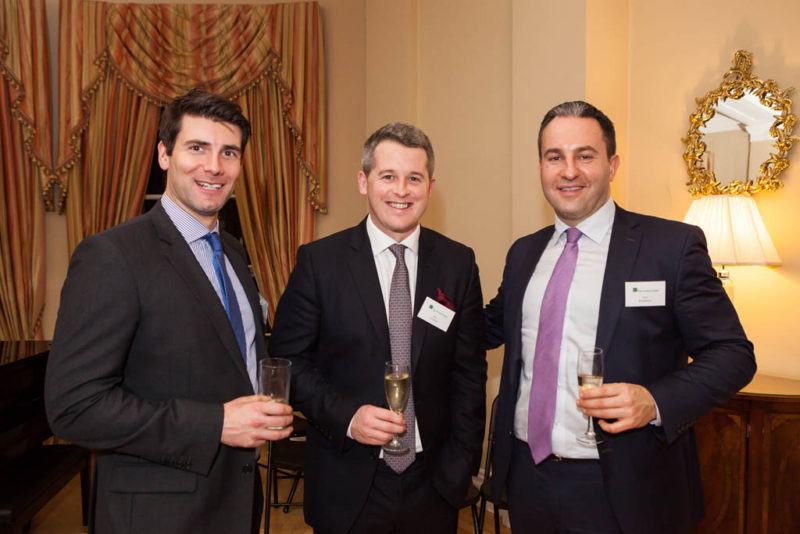 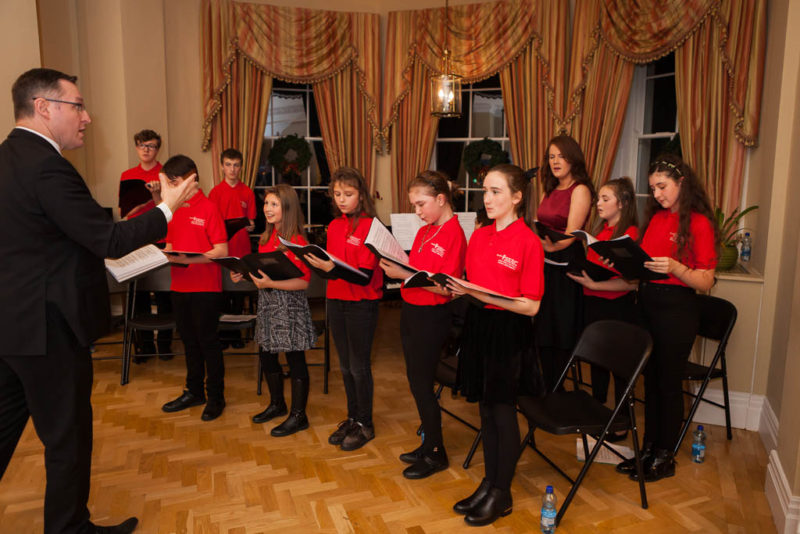 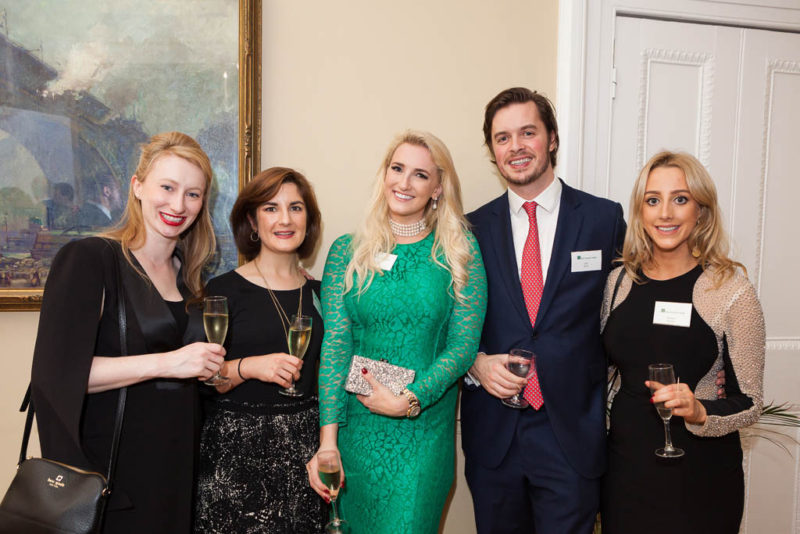 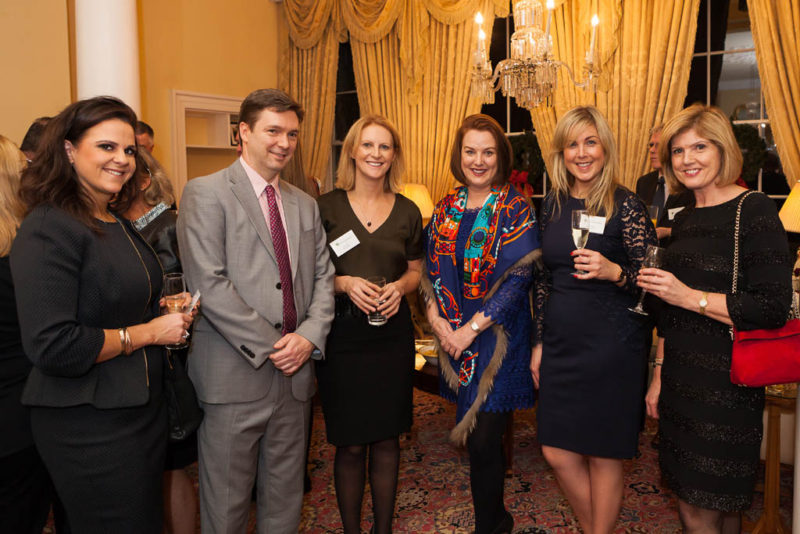 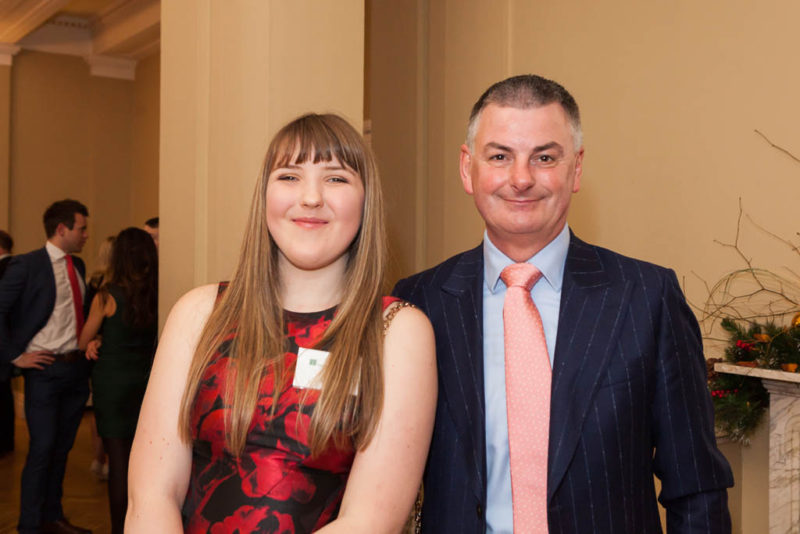 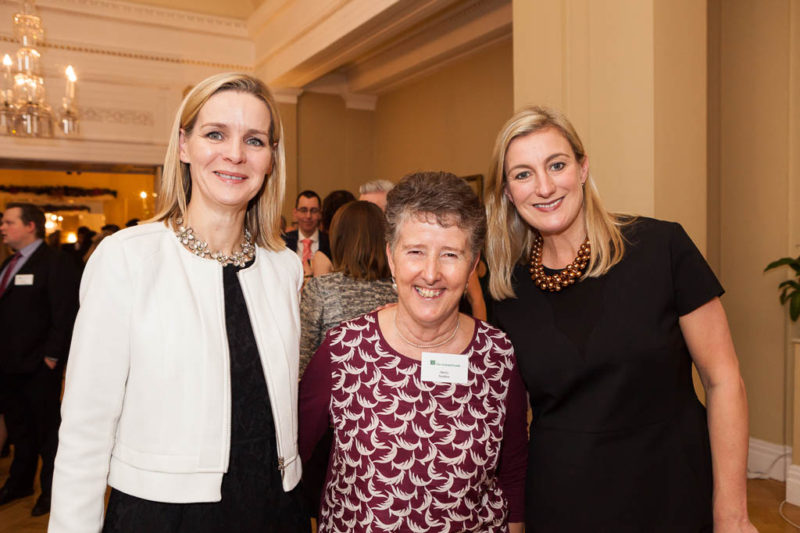 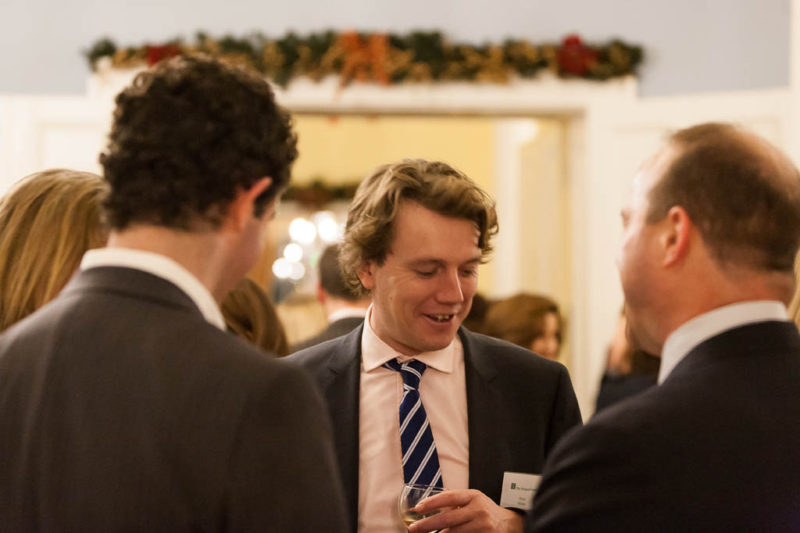 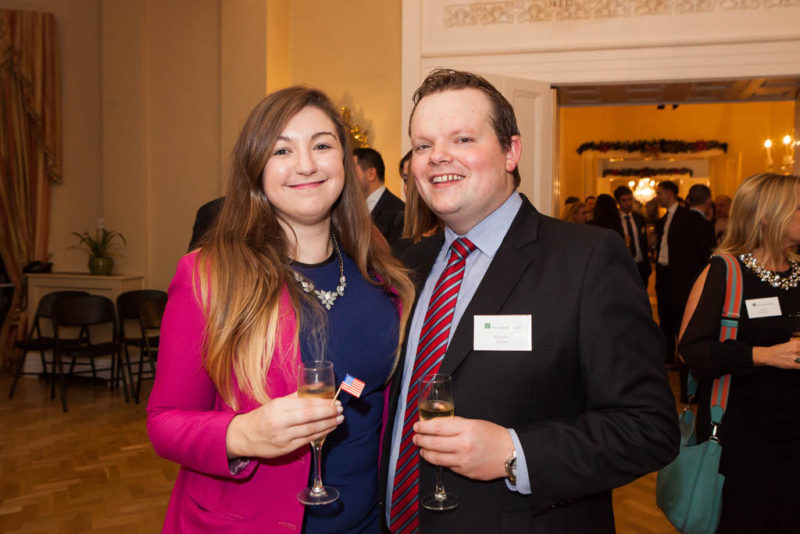 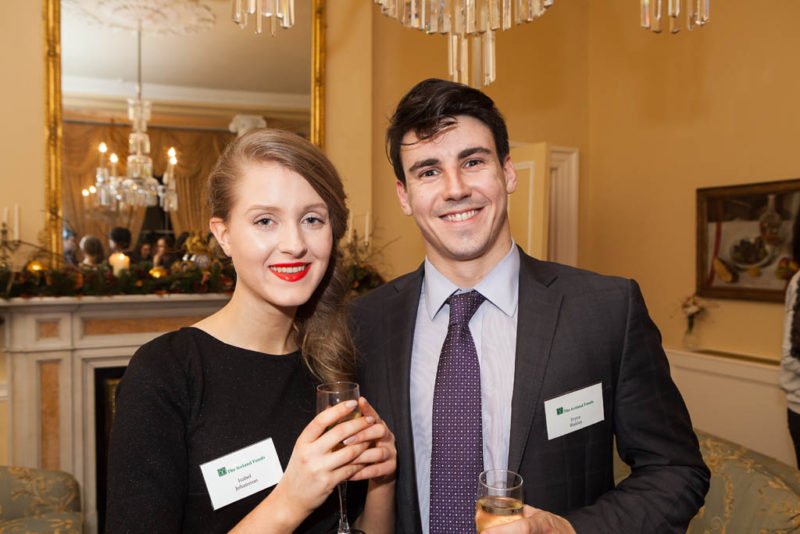 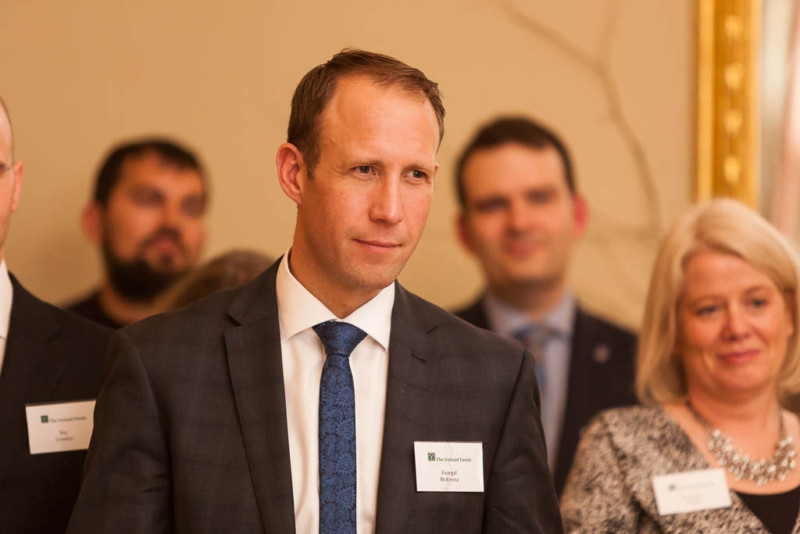